Here is the first batch of pictures from yesterday's High Country Live in Calhan, Colorado. This was a smallish, multidivision show held by Nancy Dement at the El Paso Fairgrounds. Like most Colorado shows, the competition was friendly and although my horses did well, the best parts of my day had more to do with the other showers than what was actually going on in the show ring.

I showed in two divisions--Custom/Resin Halter and Performance. These are my photos from the Custom/Resin classes, and I admit they are pretty Jennifer-centric. With one exception, every horse pictured belongs to me.

The first class of the day was Lightbreed Foals. As you can see, my girls did quite well. That's Rave Review in third and New York Doll with the blue ribbon. 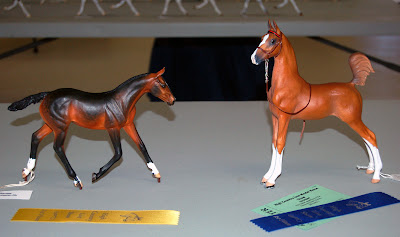 Sweet Side was second in the Custom/Resin Stock Foals class. 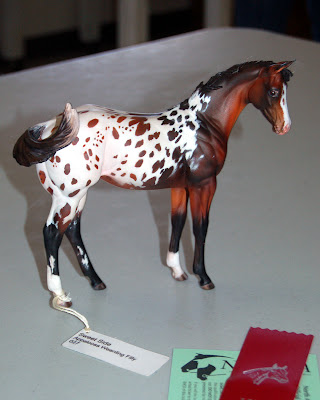 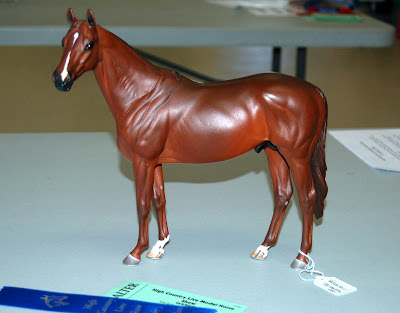 Hummingbreeze's second place was much less of a given. This is the Victrix resin I featured in a recent blog entry. I'm still not sure I'm completely done with her, but at least I'm no longer threatening to strip her and start over! 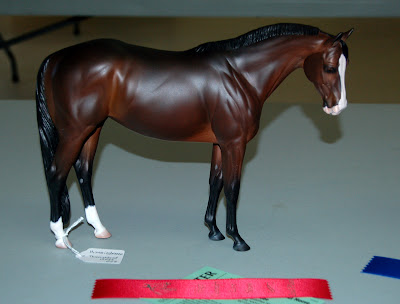 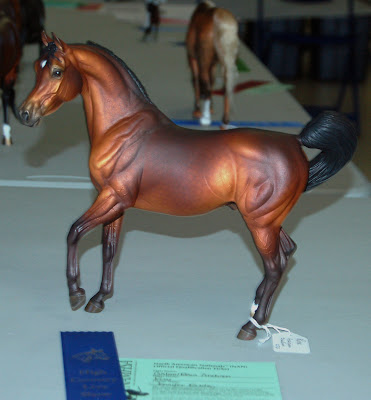 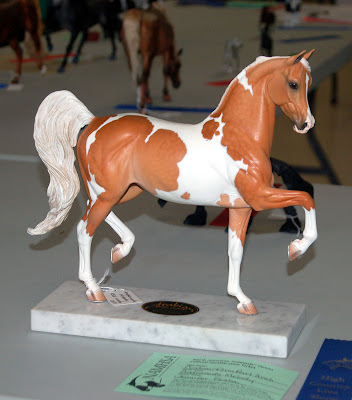 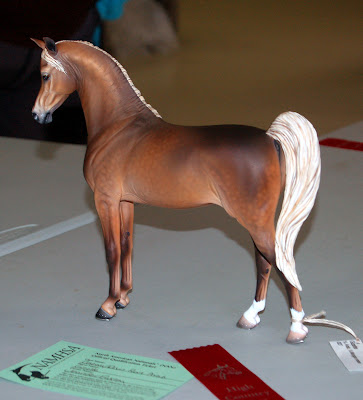 Hot Summer Knight surprised me by winning the Morgan class. This was the first time he's ever beat my other Morgan, and sadly I think it will be the last. Poor Knight. I decided to show him performance and he sustained what may prove to be a halter career ending injury. More on that later... 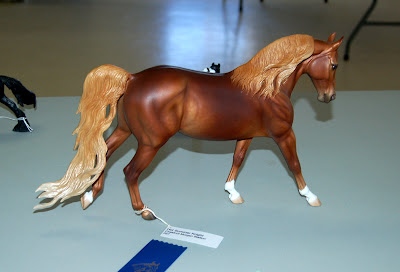 Just for the record, this is my other Morgan. He didn't do too badly himself! 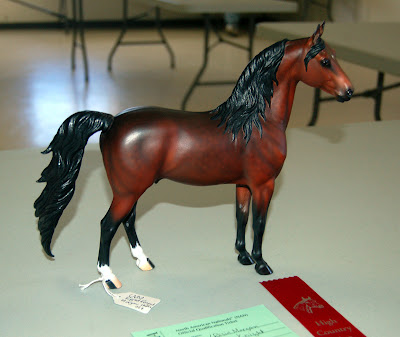 No pictures at all of the Draft, Pony and Stock divisions. I was so busy running myself ragged in the Performance classes that I kind of forgot about my halter horses. Two missed their classes all together, and that number would have been higher if it wasn't for the help of my friend, Teresa... Fortunately, I did not forget to put Validator on the table for the Championship callback. He ended up winning the Overall Reserve Champion Custom/Resin. Yay, Validator! 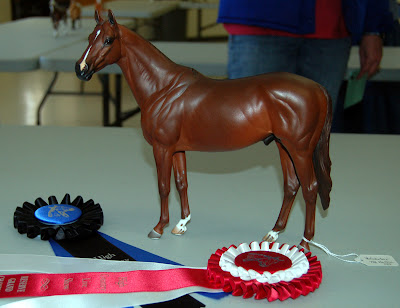 Teresa Fedak's Tortilla was the big winner. Tortilla is an all Colorado horse. He was sculpted by Jennifer Scott and painted by Sheila Anderson. Unfortunately, my picture doesn't capture all the subtle details in the paintwork--Sheila's Appaloosas really need to be appreciated in person. 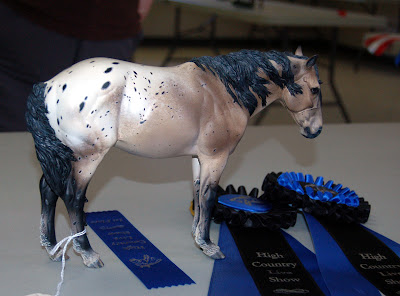 Performance pictures to follow shortly!
Posted by Braymere at 6:25 AM