It took a minute, but my prizes from the Winter Fun Photoshow arrived last week. I got a knitted winter hat, an Arabian medallion by Tamzyn Revolta, an American flag saddle blanket by Dora Duftschmied, a saddle stand by Bobbie Allen and a pair of Winter Fun stickers designed by show holder, Anna Dobrowolska-Oczko. 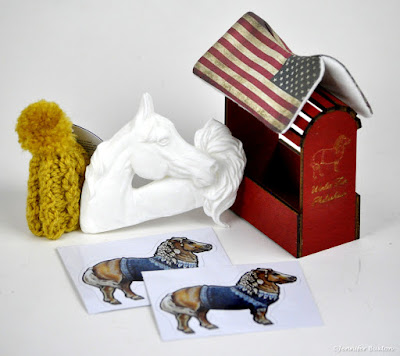 You can't really see it in the main photo, so here's a better look at the saddle stand. It also has the Winter Fun logo! 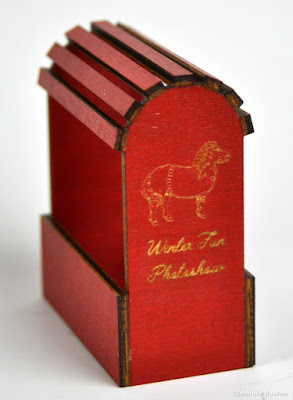 The overall champion shower was awarded Anna's new Eigrit resin. That was not me, but I got one anyway. She's not here to stay, however. Instead, she will be awarded to one lucky NaMoPaiMo Champion of the Day.

Here's a look at some of the other donations that were in the box. These cute saddlepads are from Sanne at the ModelHorseBox. 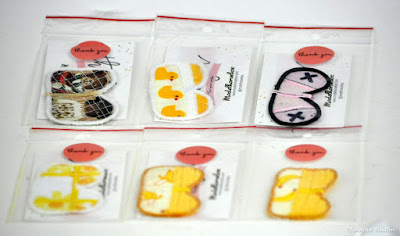 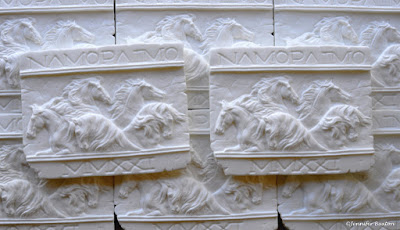 Now that the weather is cooperating, I've set up a medallion casting table on the back porch. Every one of the 2021 NaMoPaiMo Champions of the Day will receive a Quintus medallion. If that's you, expect a package from me in the very near future!