About half of my old photos live in albums. The rest - along with their negatives - are stored in boxes. Either way, they're mostly sorted by both age and subject matter. This means that while I can usually find specific pictures quickly, I always end up touching a number of related shots along the way. Earlier today, I wrote a post about the Duke Children's Benefit Horse Show. In sourcing the photos for that entry, I came across a group of pictures from a 1993 show in Asheville, North Carolina. 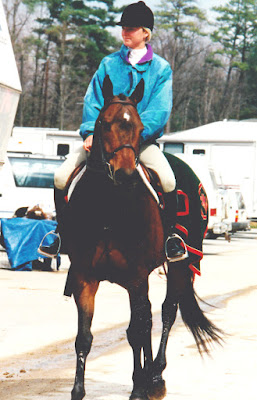 I went to a lot of shows that year, and my memory of this one is pretty sketchy. The only thing I truly remember about the show itself is the weather. That wool dress sheet on CC's hindquarters was not for show. It was really cold. 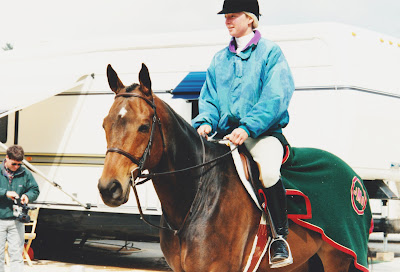 It was also - apparently - an all hands on deck show. Both my bosses were in attendance, plus their son, his nanny... 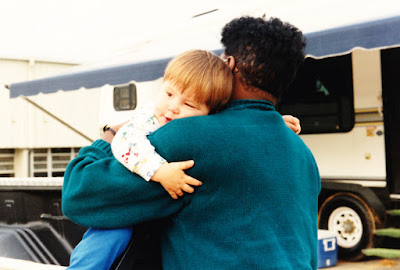 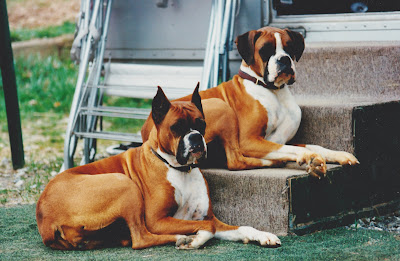 all three of their dogs. 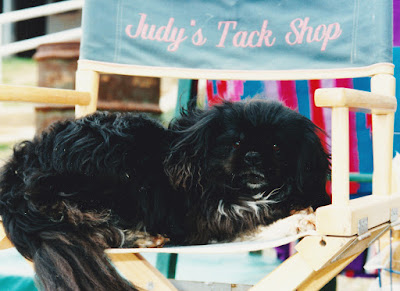 Perhaps that explains why instead of chilling at the show grounds on my off day, I headed out to Chimney Rock Park for a solo hike. 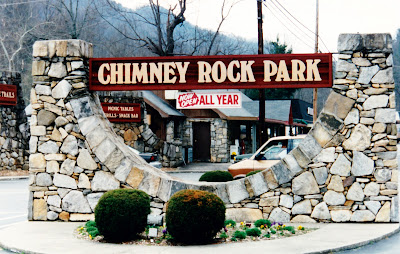 I walked up a whole bunch of steps. 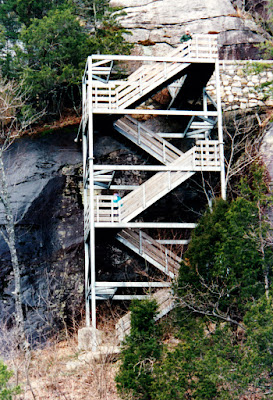 I made it to Chimney Rock. 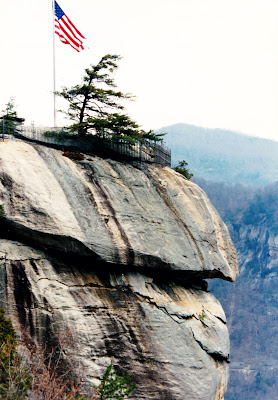 Then I kept going. 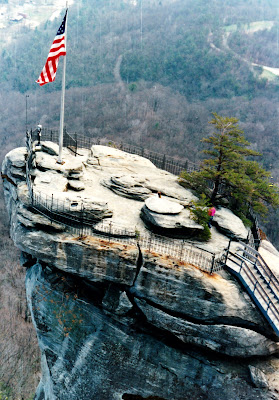 Despite the low clouds and fog, the views were spectacular. 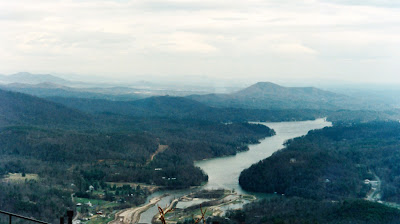 Of all the states we traveled to regularly, North Carolina was my favorite. 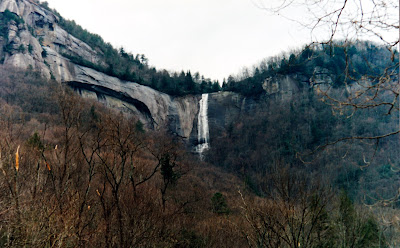 It's been twenty five years since my last visit to the Tar Heel State. I hope someday, when this pandemic is over, I can go back.
Posted by Braymere at 8:01 PM