I choose to believe

A lot of people have asked me if I think Justify will win the Triple Crown. 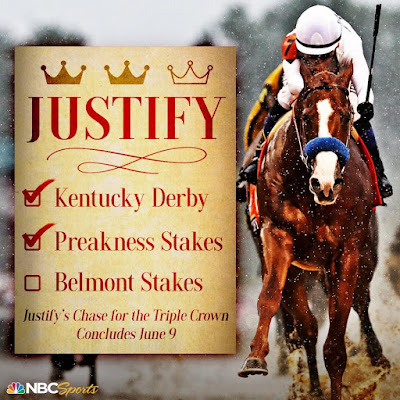 History says he will not.

It is exceedingly difficult for any horse, no matter how fast, to win the Triple Crown. In the forty years that I have followed racing, fifteen horses have won the the Derby and Preakness. Of those, only two completed the sweep. One was withdrawn and the other twelve came to grief on Belmont's long homestretch.

Justify is undefeated, but that doesn't mean he's unbeatable. He's run a lot of races in a short amount of time and is almost certainly tired. His speed figures and margins of victory have diminished with each race, and perhaps most significant, he's not bred to get the distance.

So when people ask me if I think Justify will win the Triple Crown, I know the smart answer is. "No, he's a nice a horse, but probably not a Triple Crown winner." 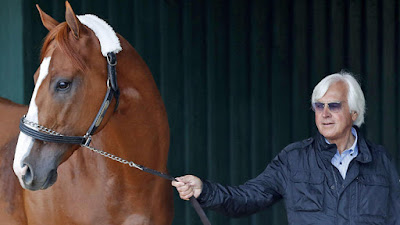 But, you know, I don't really care about being smart. I'd rather be happy than right, so I'm looking past history and statistics. I want the fairy tale, the Triple Crown winner. I want to believe.
Do I think Justify will win the Triple Crown later today? I honestly don't know, but I am choosing to believe.
Posted by Braymere at 2:03 PM