Some of the saddles

I didn't take individual pictures of all of the saddles at the ProRodeo Hall of Fame because that would be ridiculous, even for me. 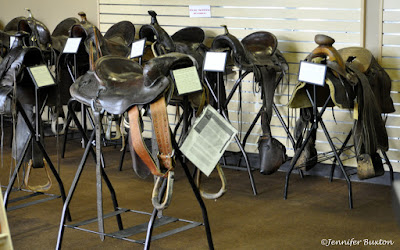 Still, I couldn't resist taking multiple shots of some of the more interesting pieces, such as this Bear Trap Saddle built by Fred Meuller in 1924. 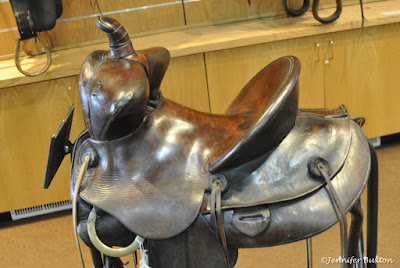 The oversized, swept-back swells were designed to hold a rider in the seat. 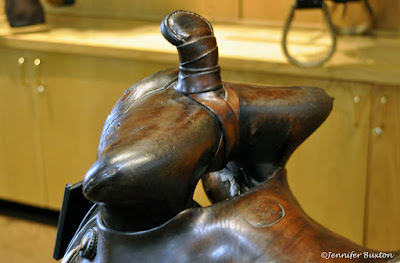 These saddles were favored by cowboys who broke horses for a living. 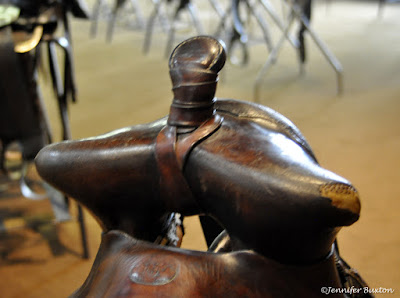 Here's another Bear Trap saddle. This one was built by R.T. Frazier in 1925. 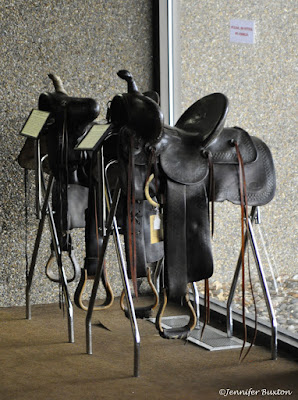 This is a Newton Brothers Mother Hubbard saddle from 1910. 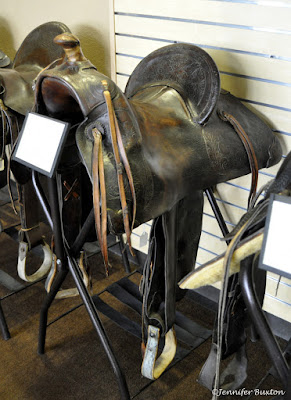 Mother Hubbard saddles became popular after the Civil War and were closely associated with cattle trails. 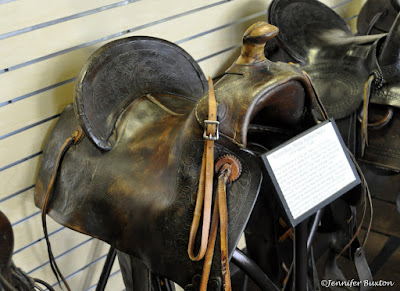 The most prominent feature of this style of saddle is the single piece draping of leather over the saddle tree. This was originally known as a mochila. 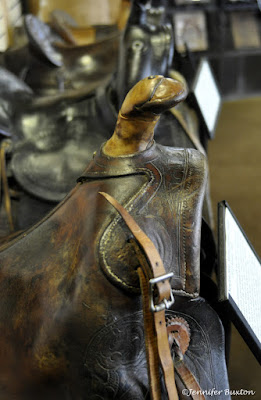 The next saddle is a Mexican Santa Fe type saddle. The date and maker of this saddle are unknown, but it's a style that was common in the early 1800's. 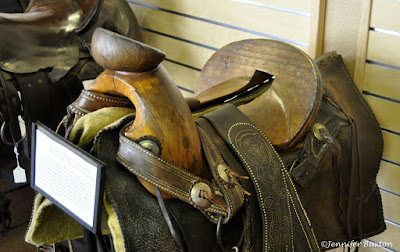 Lastly, we have this lovely side saddle. 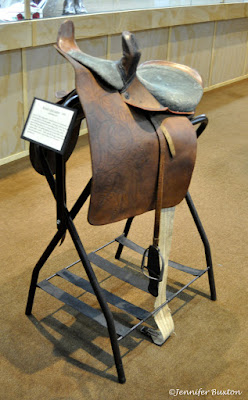 Built by an unknown maker in the late 1800's, its design, construction and functionality indicate that it was manufactured in the Eastern United States. Very few side saddles of this ear were built by Western Saddle makers. 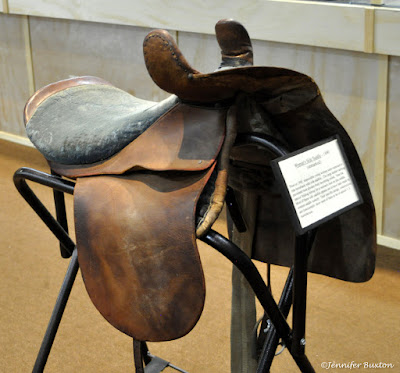 The large skirt is designed to prevent its rider's dress from being soiled. 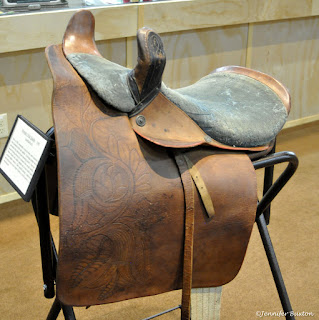 The historic saddle collection was my favorite part of the ProRodeo Hall of Fame. I look forward to going back someday, if just to spend more time with these saddles!
Posted by Braymere at 4:36 PM