NaMoPaiMo's mission is to encourage model horses artists of all levels, not just in February but throughout the entire year. To that end, NaMoPaiMo has donated Van Gogh medallions to several live shows to use as prizes for their Amateur Owner Workmanship divisions. One of those shows was the London Model Horse Club show which was held last weekend in London, England. Emma Witney-Smith sent this report.

Hi Jennifer! I just wanted to update you on Amateur Owner Workmanship division at the London Model Horse Club show. We had a HUGE turnout for these classes. Thank you again for donating the medallions!

I won Amateur Owner Workmanship champion with my NaMoPaiMo model. 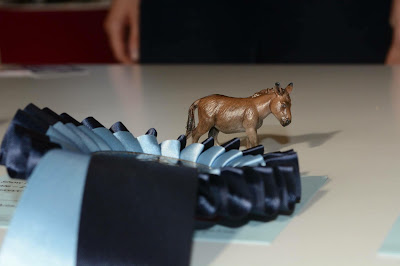 Since I already had a Van Gogh, I let the Curtis, whose pony came in  third, have it instead! 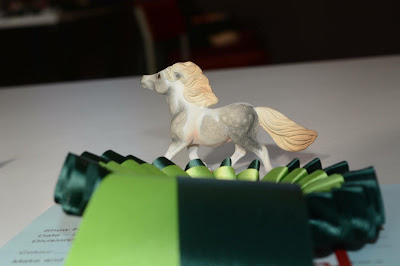 Here's Theresa and I with our prize-winning models. Thank you to Curtis Sayers for letting me share his photos! 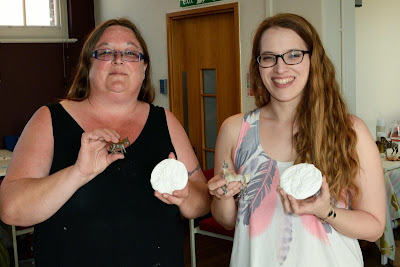 Congratulations, Emma, and to everyone else who showed in this division. You are all winners!
Posted by Braymere at 11:29 AM