Colorado is currently in the midst of a record breaking heatwave. This is the third consecutive day of triple digit temperatures in the Denver Metro area. It's too hot to do anything outside, including riding. 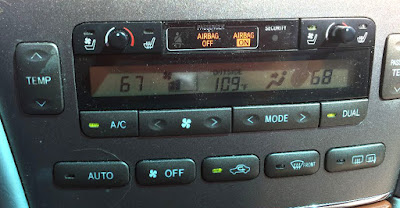 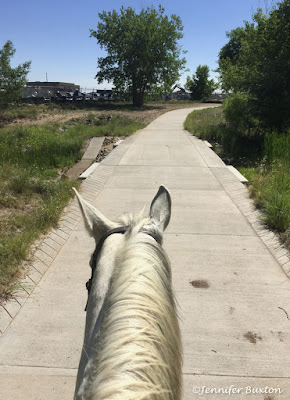 I thought it would be fun to stand in some water, so our first stop was the nearest bridge. We peeked over the edge to see if there was any water. 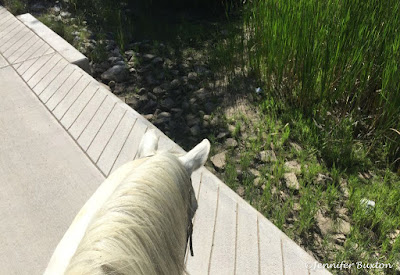 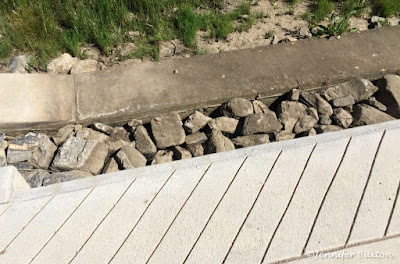 We got off the main trail and followed the dry river bank into trees. It was cooler in the shade. 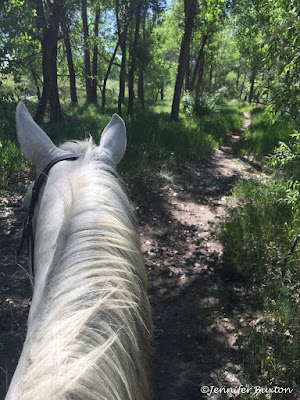 Plus, we found some water! I entertained thoughts of riding Santana into this beaver pond, but I decided I wasn't brave foolhardy enough to do that on a solo ride. 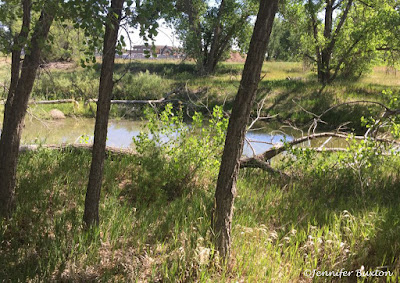 Our next and final destination was the area Mary Jo calls Mars. Last month this spot was completely underwater. Now it's down to just a muddy trickle. 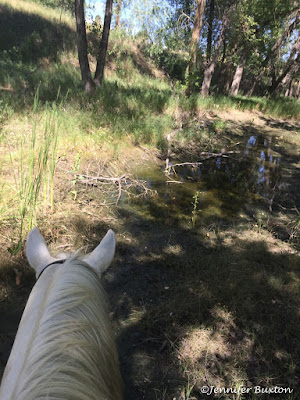 Still, that's better than nothing! On the ride back to the barn, my mind wandered to other rides during other heatwaves. In particular, I found myself remembering the times we took the horses swimming in the San Gabriel River. 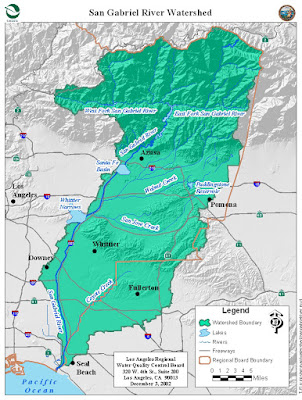 Located a short distance from the barn where the camp ponies were boarded during the off-season, the San Gabriel River is a mostly urban waterway, flowing fifty eight miles through Los Angeles and Orange Counties. After a series of severe floods in 1914, 1934 and 1938, local and federal governments contained the river through a system of dams, debris basins and concrete banked channels. 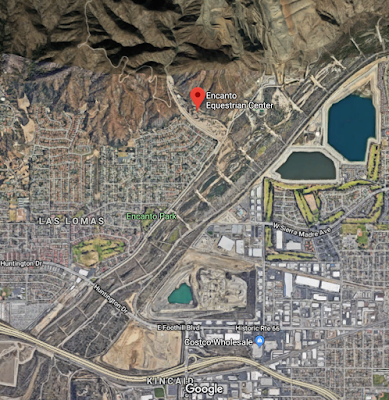 Most of the year, the river was no more than ankle deep. 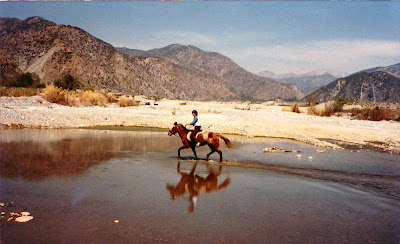 Every now and then, however, the powers that be would release water from the dams, and we'd end up with ponds deep enough for swimming. 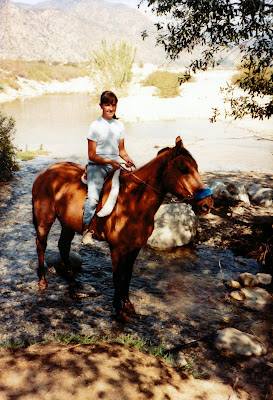 It was the best thing ever when this happened during a heatwave! 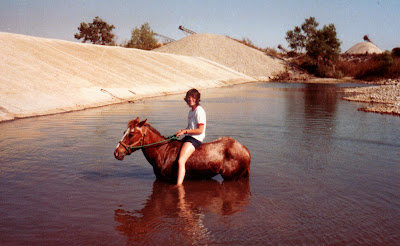 Laura and I took Snickers and Tiger swimming on multiple occasions. Snickers was best because she was so short, but Tiger was the one who really seemed to enjoy the water. I also took sullen, Eeyore pony Pat swimming one time. He showed his displeasure by sliding out from underneath me and immediately vacating the premises. Even though I was wet, that was a hot walk back to the barn without him! 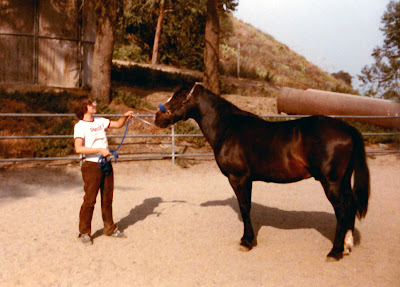 Oh, it's been such a long time since I took a horse swimming! If this heat keeps up, Santana and I might have to rethink that beaver pond...
Posted by Braymere at 1:31 PM