The Backwoods Two Day Show had just eight performance classes, but it also featured a full "fun class" division. Since I love having fun at model horse shows, this was a big bonus for me. 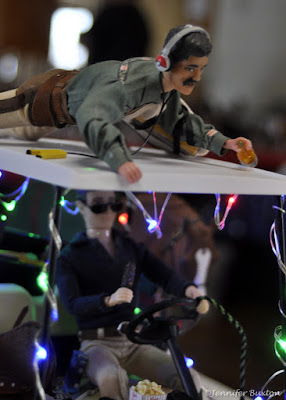 The division opened with the Anything Goes class. I think everyone knows that I won this one with my golf cart entry. 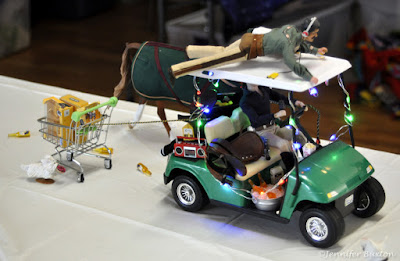 However, that was by no means the only interesting thing on the show table. 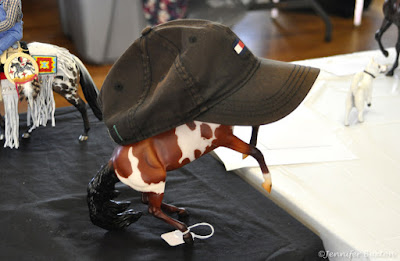 Other entries included stuffed animals, Halloween horses, a cowboy riding a Western pleasure horse in an Indian saddle and an Arabian bridle...
and an Indian riding a Warmblood in eventing tack!
There was also a Lego tribute to Jim West. 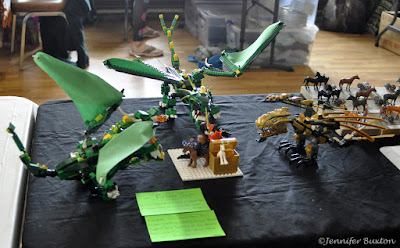 Clear Skies, Jim. We all miss you. 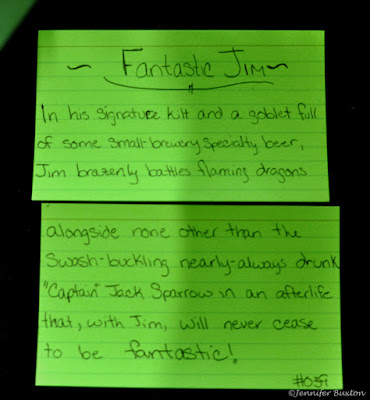 After Anything Goes, it was time for the Mare and Foal class. I should have shown in this one, but strict class limits prevented me from bringing large portions of my show string, including at least one member of all my mare and foal pairs. 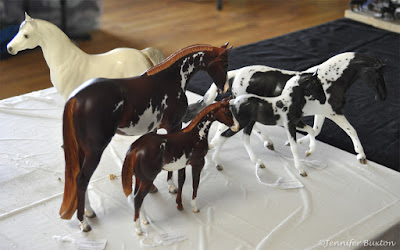 Fortunately, the class filled up just fine without me. 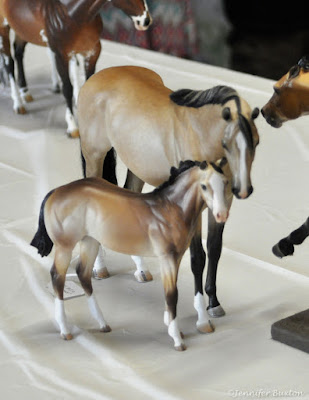 There were a lot of lovely horses on the table, but the top prize went to Heather's minis. Yay!
Companion Animals was next. I showed Aeh and Pixel... 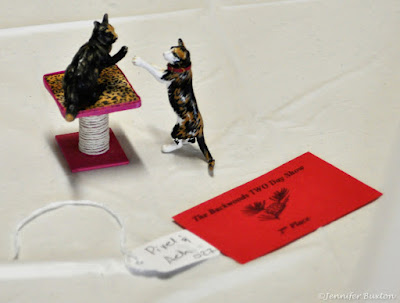 and Stanley. They won second and first respectively, which sounds more impressive than it was. In this division, the placings were Champion, Reserve Champion then first and second. Go figure. 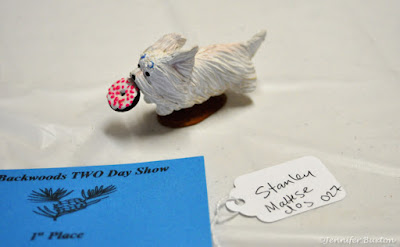 Champion was Heather's custom Scotty by Marilyn Jensen. This dog is super cute, and I covet him. 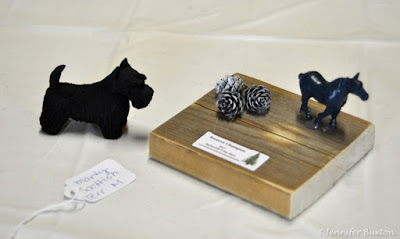 On to Portrait Models! 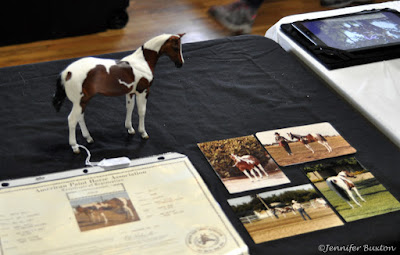 As the name suggests, this class limited to model portraits of real animals. Each horse (or dog) was presented with photos and sometimes stories. It was really neat to see everyone's beloved real life companions. 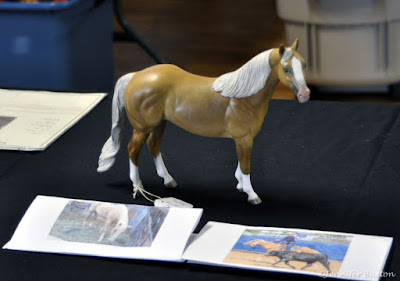 I have a lot of portrait models, but we were limited to just two, so I showed Rev... 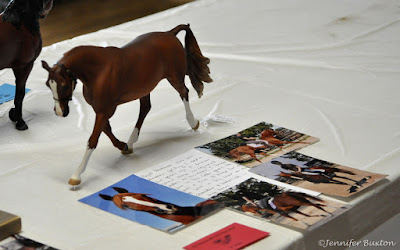 and Abbie. Abbie won the Champion trophy, which is fitting since she really was the Best Dog Ever. 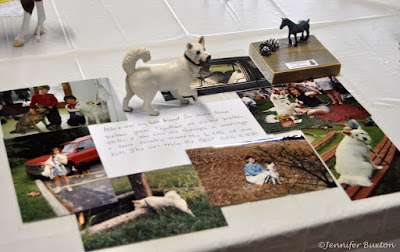 The last two fun classes were Other Animals and Most Loved. I didn't show in either of these, nor did I photograph them. By this point in the weekend, I'd pretty much run out of steam. Sorry!
Thanks again to Amber for holding such a well run and fun show. Thanks also to Heather for going with me. That was so much fun. I'm already looking forward to next year's Backwoods!
Posted by Braymere at 4:41 PM