With just eight classes, the performance division at the Backwoods Two Day Show in Divide, Colorado was even more abbreviated than Custom or Resin halter. Despite that, I managed to arrive at the show hall on Sunday with absolutely nothing prepared. I sat out the first class, which was harness. 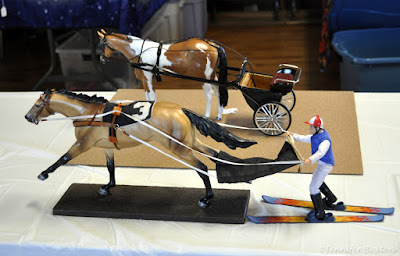 Sandy Sanderson left her regular ski-joring doll at home, so her jockey was pressed into service. He looked ridiculous on the big Barbie skis, and Sandy told me not to take his picture. Unfortunately for Sandy, I am a jerk about these sorts of things. Here he is in all his glory! 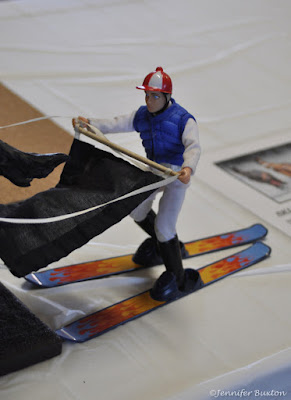 Liberty was the next class. For this one, I simply plopped Hoka Hey and Liam Bray on the table. No surprise, the judge was not impressed. Heather Malone put a little more effort in her entry and was rewarded with her first performance NAN card in many years. Hurray! 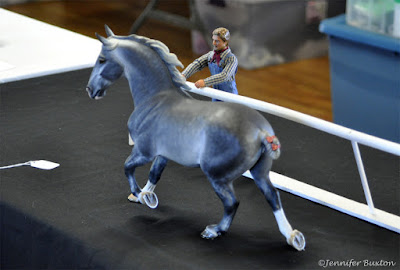 The third class was Costume. 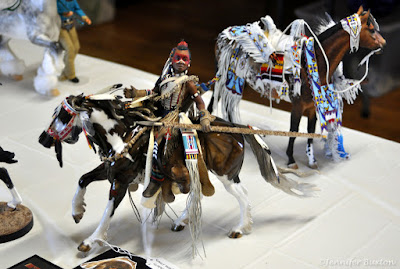 This was split into Native American costume... 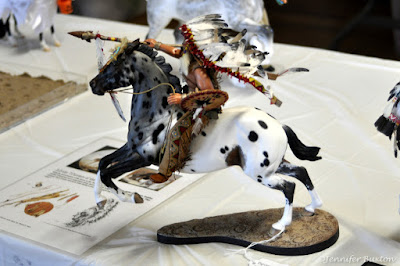 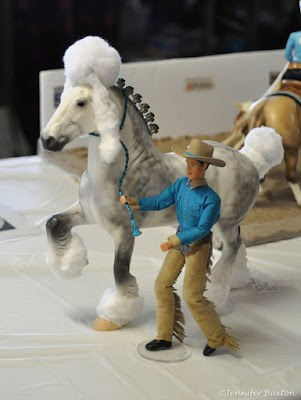 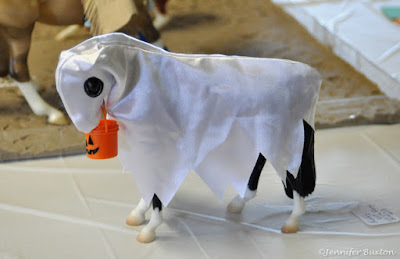 and three nice Arabian costumes. Of these, my own Rune placed first with the Cary Nelson costume and doll that I bought at Breyerfest. Yay! Second place went to Heather's custom PAM by Linda Elkjer and Steph Blaylock. She wore a Stephanie Annee costume that is nearly twenty years old and still as competitive as the day it was made. 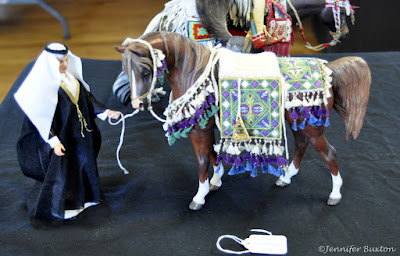 My own Nejmet es Subh placed third in the six year costume. That was a tough class! 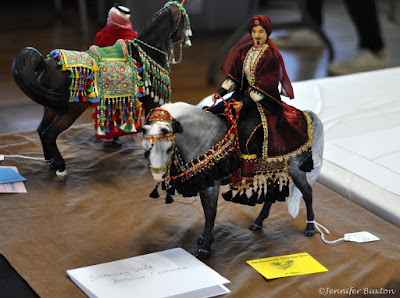 English was next. This was another big, tough class, so Amber split it into two sections: Over Fences and Other. 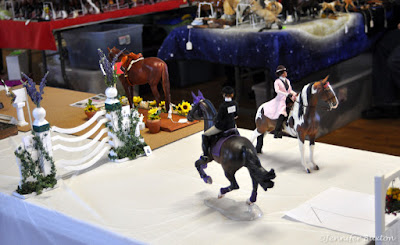 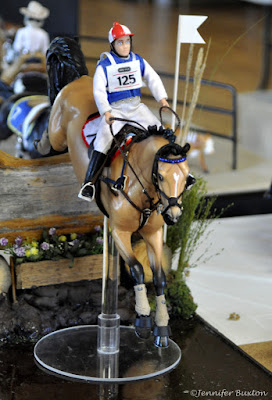 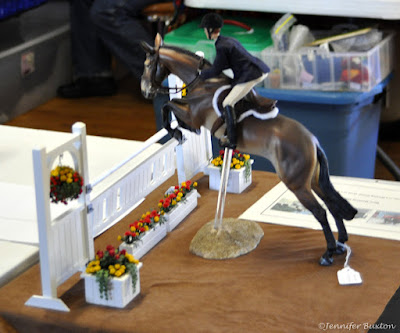 Lady Liberty was third in the Other English with a nice but plain Saddleseat entry. 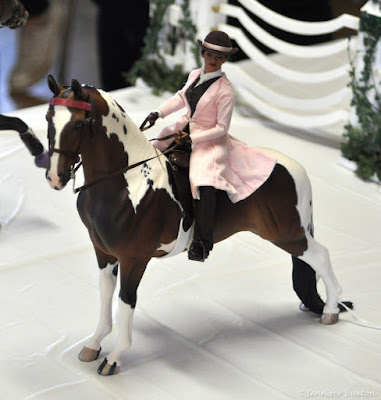 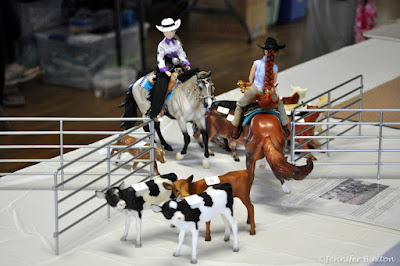 This time the split was Stockwork... 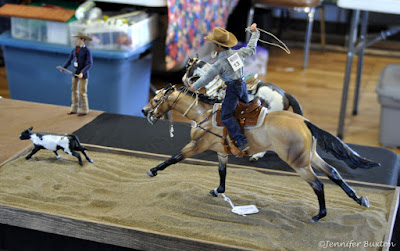 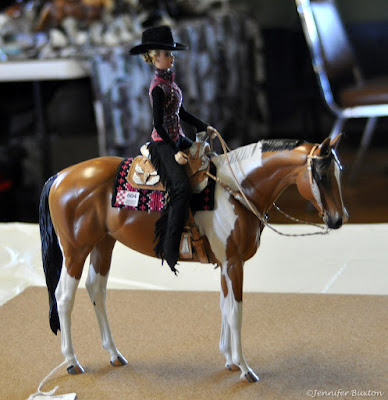 I tried a little harder here and won the Other section with Lady Liberty's trail entry. 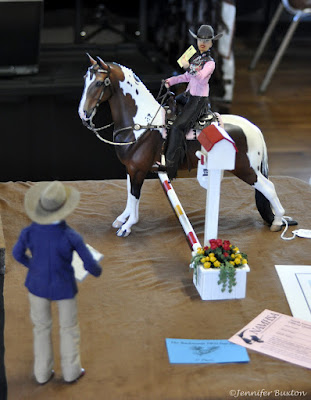 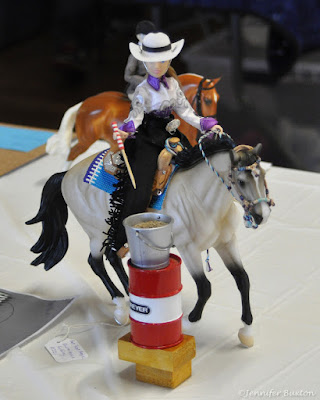 This was another good class... 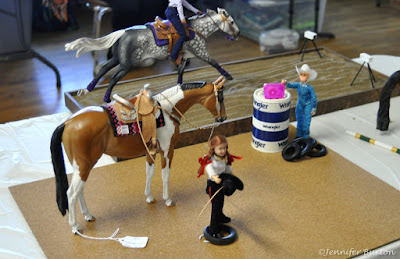 with lots of nice entries. 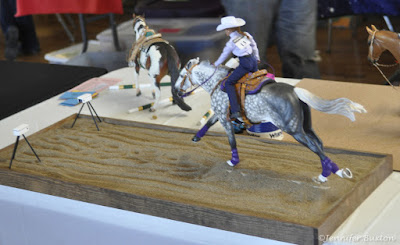 I showed two horses, Lady Liberty and Liam Bray. After a slow start, my competitive juices were finally flowing, and there were my two best entries of the day. 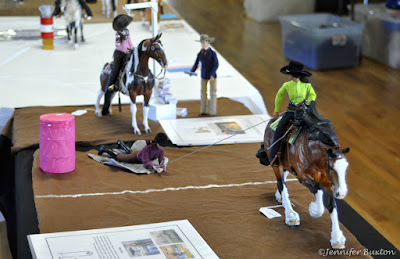 It's always a good sign when people crowd around your set-up and take lots of pictures! 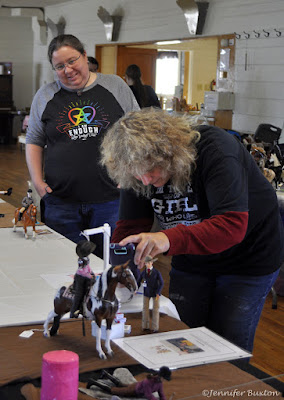 It was a clean sweep for the Braymere horses. Lady Liberty won the class and Liam was second. 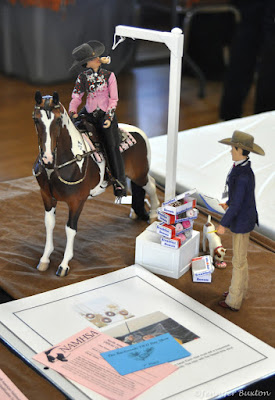 The final performance class was supposed to be Diorama/Scene. I did not enter this one, but there were a lot of neat entries on the table, including this racing scene by Sandy Sanderson. 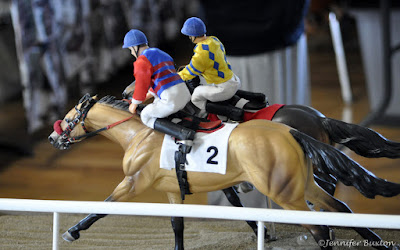 After Diorama/Scene, showholder and performance judge, Amber Schultz, added an Other Performance class. I was unprepared for this and was too busy playing with my golf cart to be bothered to put an entry together. In retrospect, I should have slapped together a showmanship entry for Lady Liberty, but I was feeling lazy. Sorry, Lady! 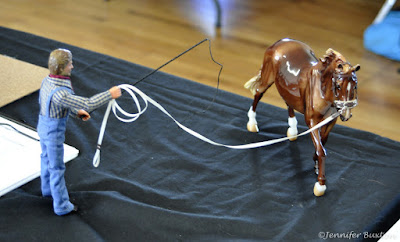 With two firsts, a second and a third, Sandy's Seattle Slew resin was the clear overall performance champion. 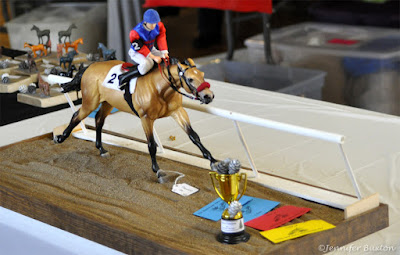 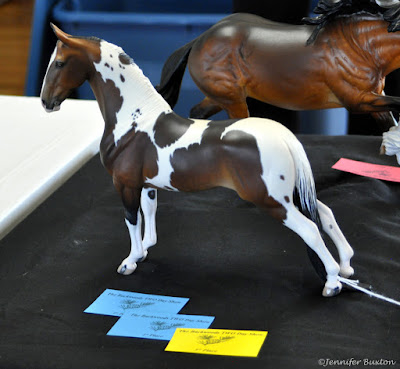 but she was nosed out by Dixie Gray's custom Victrix. 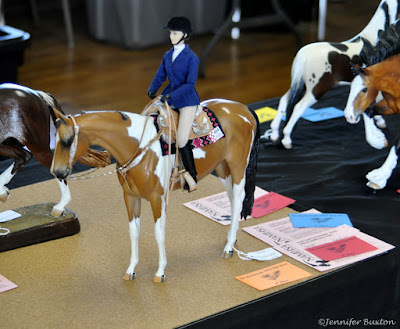 Congratulations to all the winners, and thank you to Amber for hosting (and judging) the Backwoods Two Day Show. Next time I promise I will come prepared!
Posted by Braymere at 4:13 PM