There weren't a lot of Purdy horses pictured in either of yesterday's NAN posts. This might lead some readers to conclude that Tiffany had an off day...

Nothing could be further from the truth.
Tiffany showed six models in the Custom and Resin performance division, and between them, they won a whole table full of prizes. 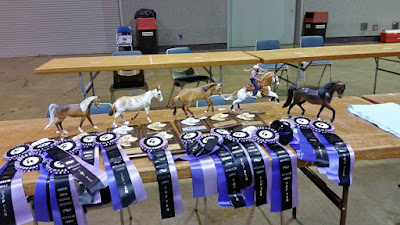 Purdy English Rose started the day off with a Reserve Champion in the Harness class... 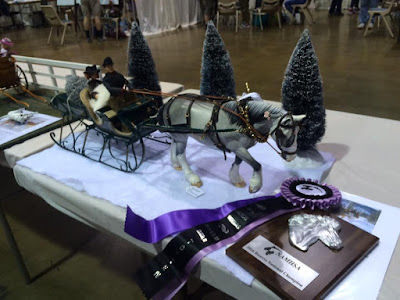 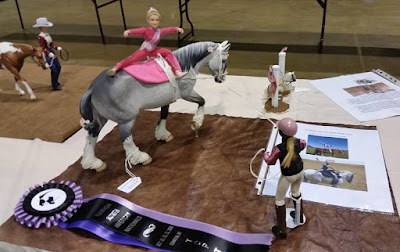 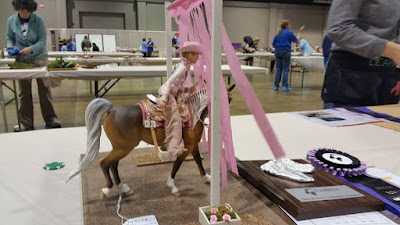 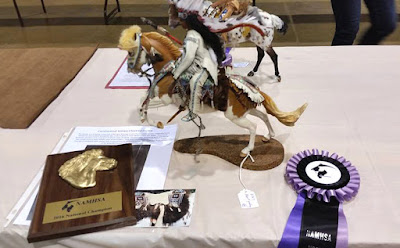 was Reserve Champion in Speed Games, 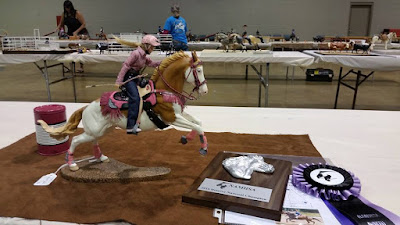 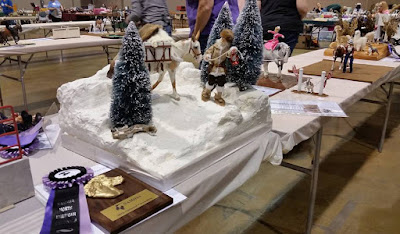 and PHF Baron Brass was Top Ten in Saddleseat. I couldn't find a picture of that, so here he is looking stylish in Parade tack.
As well as those five did, Peaches Dun Purdy was Tiffany's brightest star of the day. He was Champion Hunter, 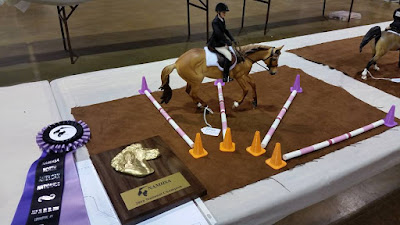 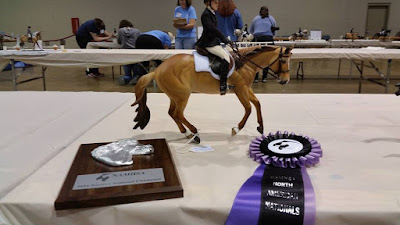 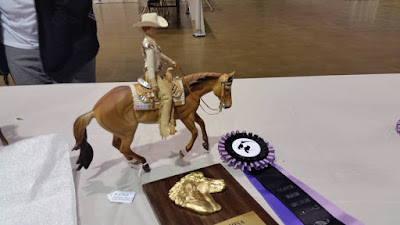 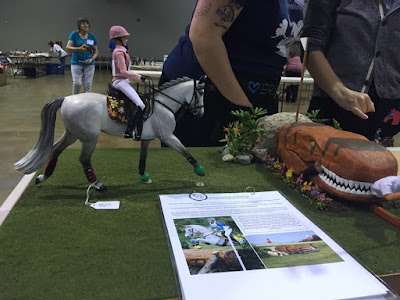 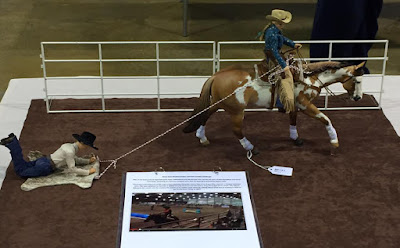 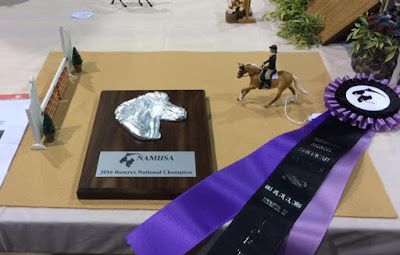 This was Leah's first ever NAN trophy. Congratulations, Leah! 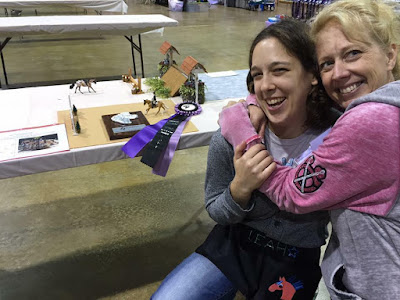 And Congratulations to Tiffany, too. That was a great performance from start to finish.
Splash Fire, Baron Brass and Peaches Dun Purdy are all for sale in Room 220 at the Clarion Holiday Inn North. Be sure to stop by and tell Tiffany I sent you!
Posted by Braymere at 12:21 PM