The Kenlyn crew celebrated the three day holiday weekend with a Sunday afternoon potluck party at the barn. 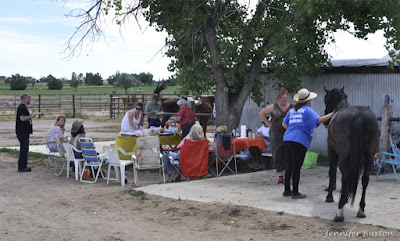 There were copious amounts of food and drink and a wading pool filled with carrots. 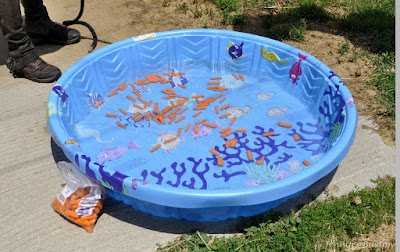 Someone had posted a YouTube video of horse bobbing for treats on the Kenlyn Facebook page, and it was so cute, we decided to try it for ourselves. 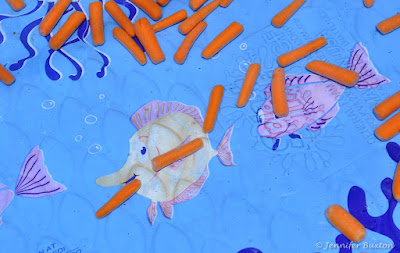 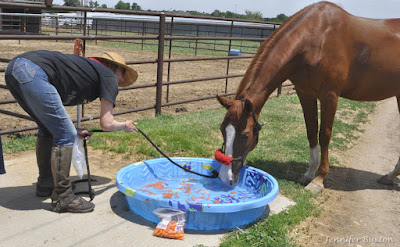 Despite Mary Jo and James' best efforts, she never quite warmed up to eating out of a pool. 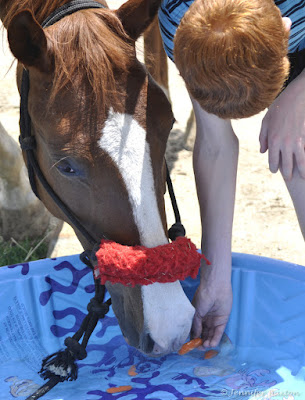 Sprite was next. She started out snorty... 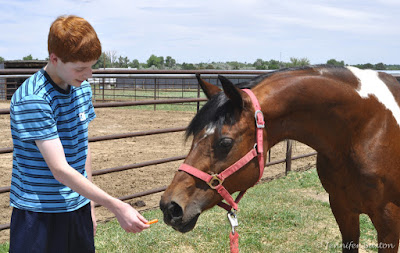 but as soon as she saw the carrots... 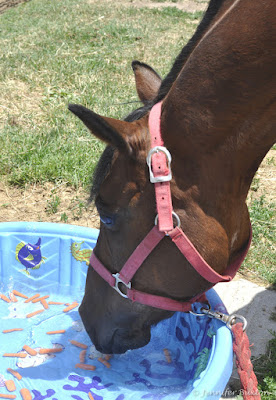 she decided this was basically the best party game ever. 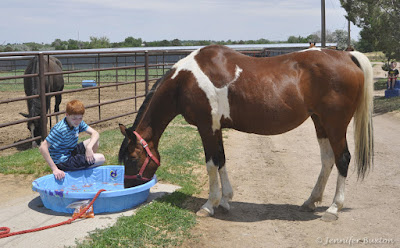 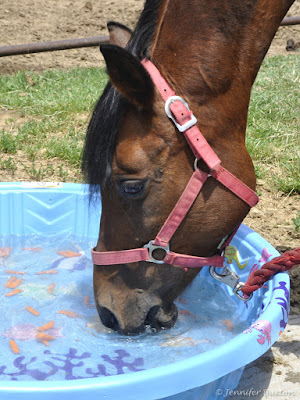 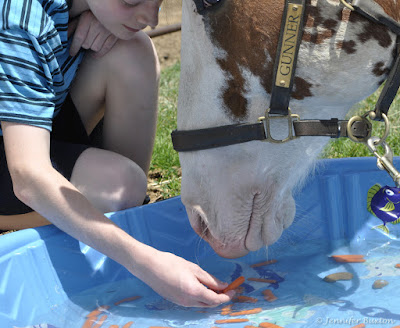 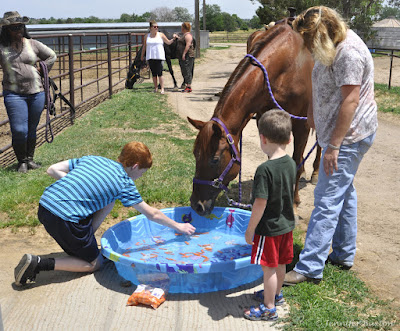 and Kami rejected the pool. 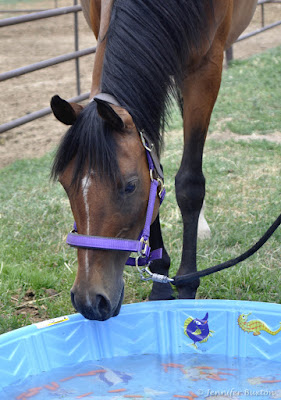 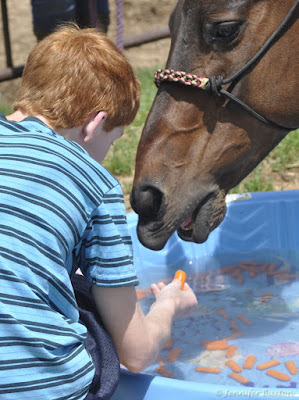 but decided he liked the grass better. 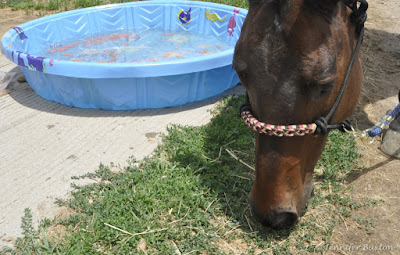 Diego surprised everyone by diving right in. 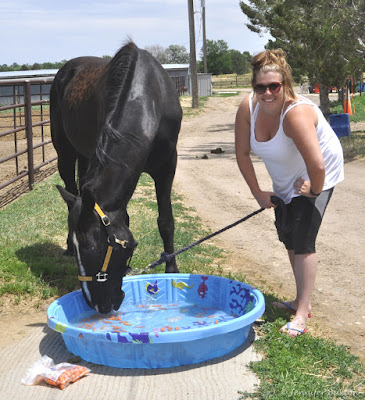 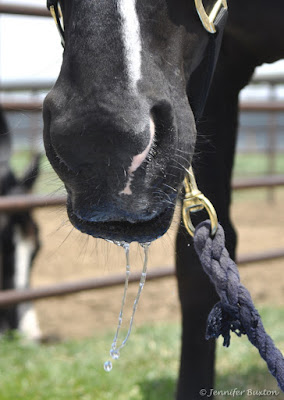 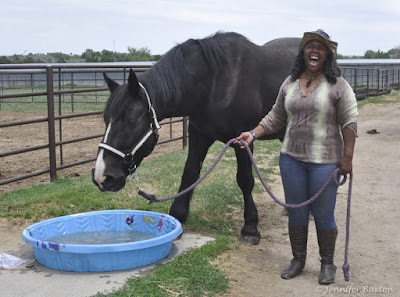 In fact, his enthusiasm for this event... 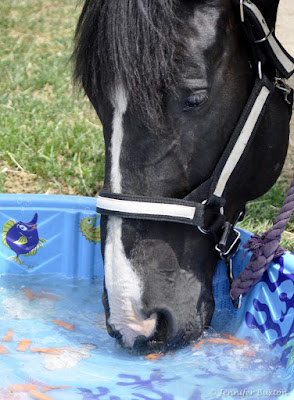 was topped only by Casper's. Casper never hesitated. He literally shouldered Xavier out of the way to get to those carrots! 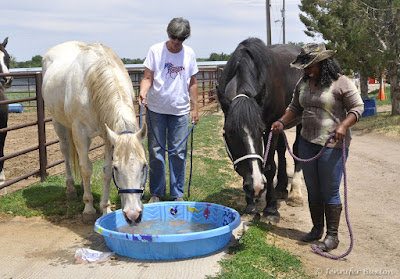 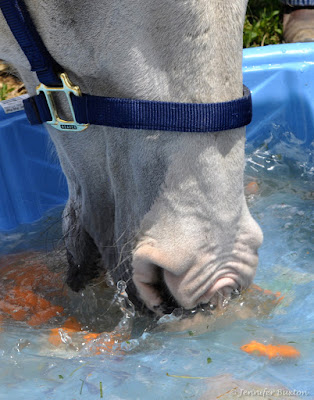 This was a really great party game for horses and humans alike. 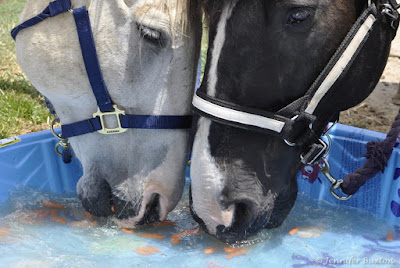 Happy Fourth of July, everyone!
Posted by Braymere at 9:44 AM