The prizes are better and entry rules are more restrictive. Only Breyers and Breyer customs are permitted, and each individual model can only show in one division. Performance horses can't be cross entered in halter classes, and halter horses can't also show in collectability. Additionally, performance horses aren't allowed to enter every class on the schedule. Instead, they are limited to one full division, plus two extra classes. This has a profound effect on the strategy for anyone who wants to win an overall championship or reserve championship in the performance division.

At this year's BreyerWest show, a large number of performance showers chose to focus their efforts on the Western performance division. As a result, the classes were huge and competitive. I wanted to take photos of all the completed entries, but somehow I ended up with a lot of "parts and pieces" photos like this... 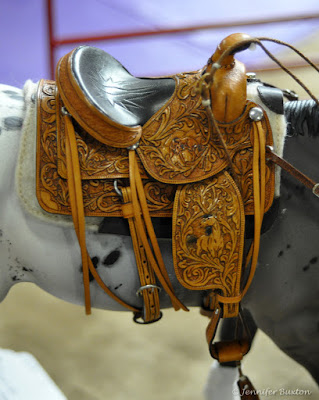 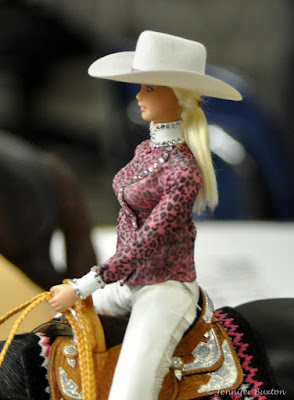 Some of the entries I managed to capture in their entirety included Leah Koerper's calf roping set up... 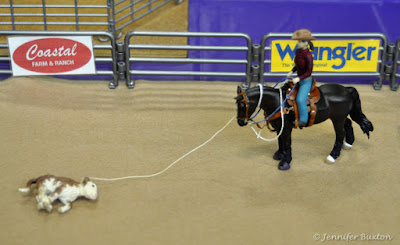 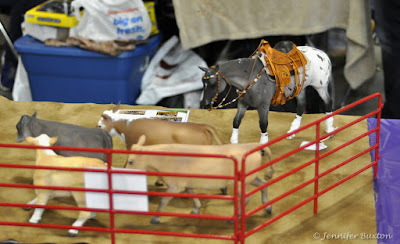 I was pleasantly surprised by the quality of the mini entries, including Shana Bobbitt's Morgan... 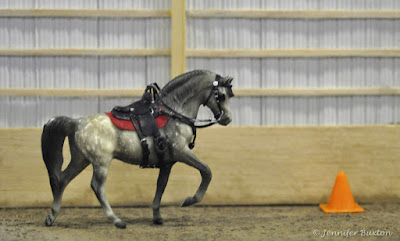 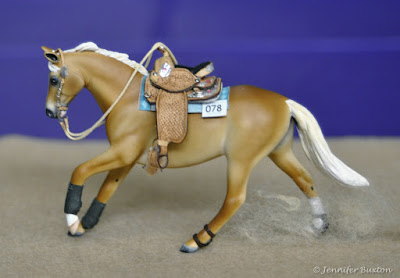 Prior to BreyerWest, Allie Davidson hadn't shown performance in more than ten years, but you would have never guessed by looking at her entries. All of them were at least this good. 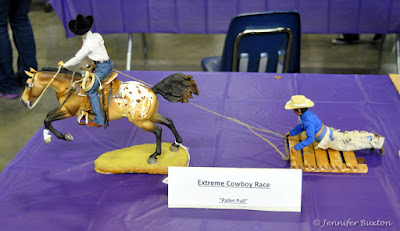 Cece Osborn's smiling parade doll made a repeat appearance in her Other Western sidesaddle entry... 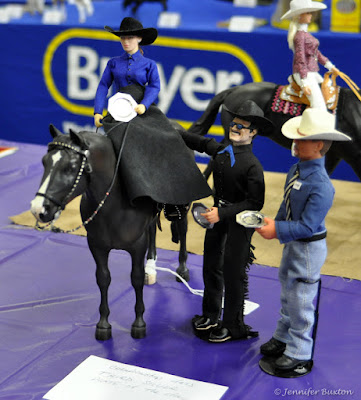 and Heather Visser's lovely custom Roxy loped away with the blue ribbon in Western Pleasure. 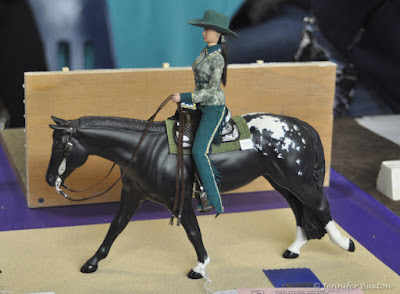 Perhaps my favorite entry in the entire division was Allie's Other Western set-up. 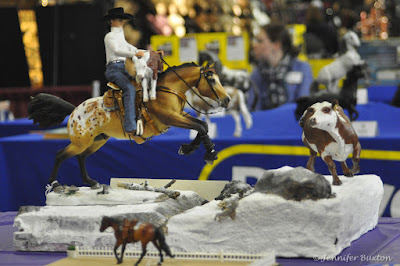 I liked this one so much it actually got multiple photos! 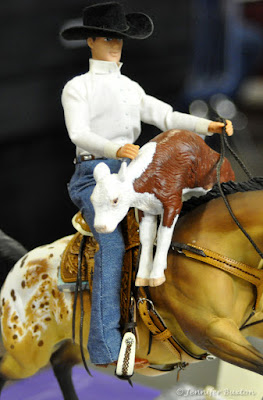 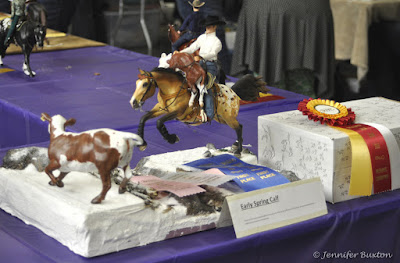 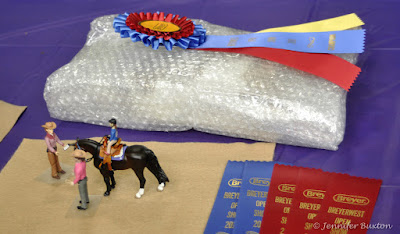 Congrats to both showers! English is next!
Posted by Braymere at 8:10 PM