It's tricky photographing a division that you're judging, especially when that division is performance.

You don't want to stand over people while they're setting up. That's awkward and makes people feel rushed. It's better to swoop in once the entries are complete, but by then, it's usually time to start judging. Of course, the ideal moment would be right after the class is placed, but at a fast paced show, that's often impossible, too. As soon as the ribbons go down, people are grabbing their horses and setting up for the next class.

So, despite my best efforts, I did not take photos of all the performance entries at the BreyerWest Open Show. It wasn't even a close call. In fact, I missed some of the day's best entries entirely.

Still, I do have a lot to share, starting with Mandy Hood's lovely custom Latigo who the first class of the day. 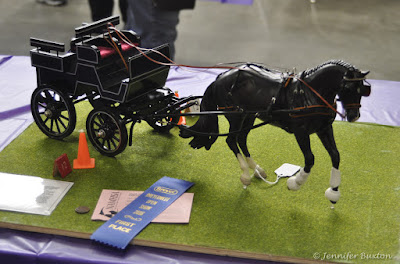 Native American costume was next. 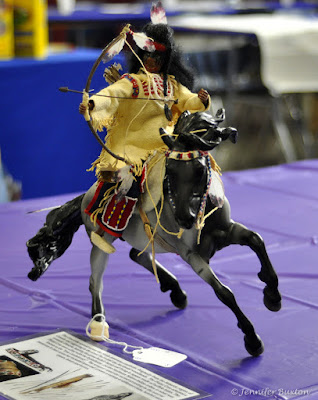 Apparently, everyone was still half asleep and moving slowly... 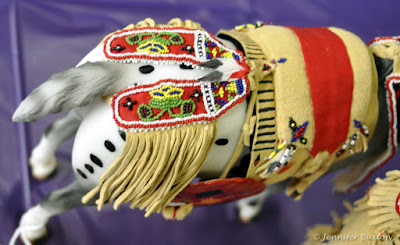 because this is the best documented performance class... 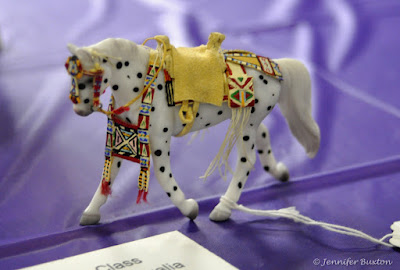 of the entire day! 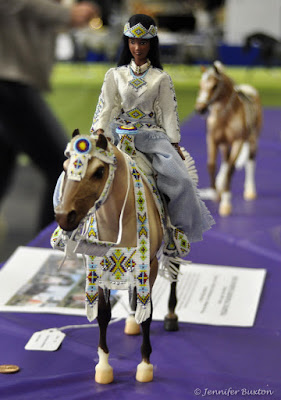 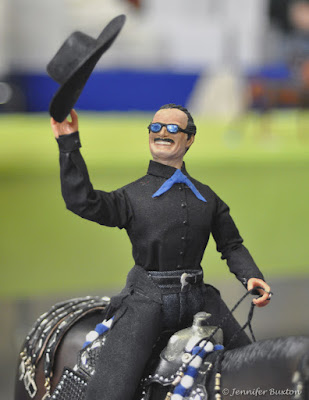 Then it was on to Arabian costume, which went entirely unphotographed. After that, it was Other Costume. The cutest entry was Susan Carey's poodle pony... 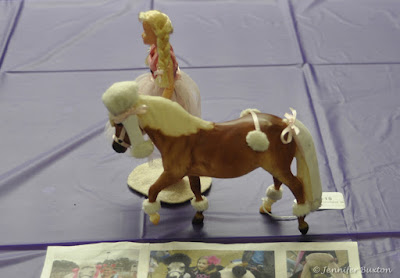 which was based on photos from my blog. I love that! 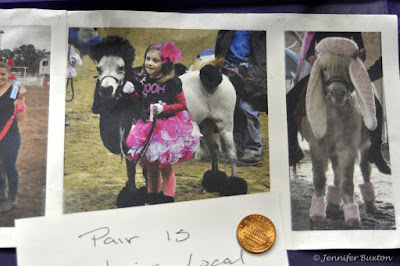 The Other Costume winner was Sue Manly's cavalry horse, with tack by Grace LeDoux. 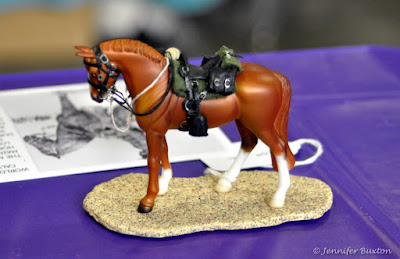 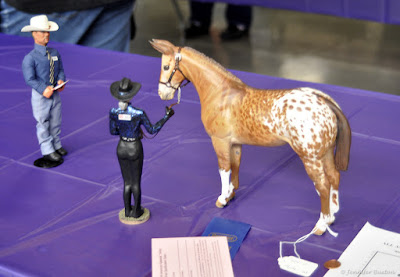 Other Performance was the last and toughest class of the division. Strangely, the top prizes went to the horses with the least tack. This is Jackie Arns-Rossi's Skipper Dan... 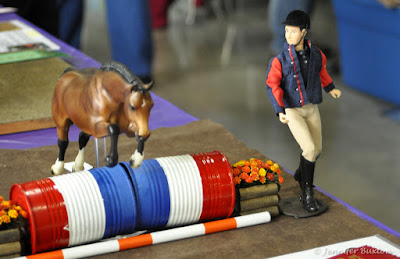 and Leah Koerper's Puns and Roses. 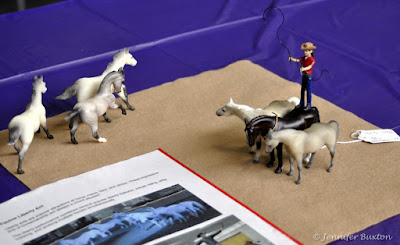 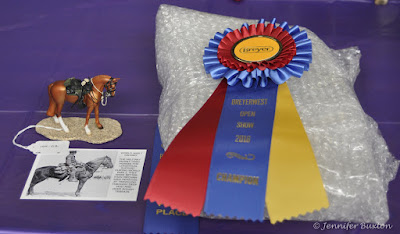 with Leah's mini in reserve. Who says I don't like stablemates? 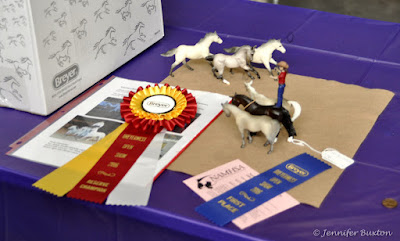 Western is next!
Posted by Braymere at 5:09 PM