Instead of going home after my trail ride last Friday, I decided to visit the Los Angeles Equestrian Center... 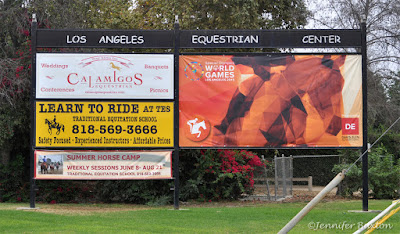 which was hosting the equestrian portion of the Special Olympics World Games. 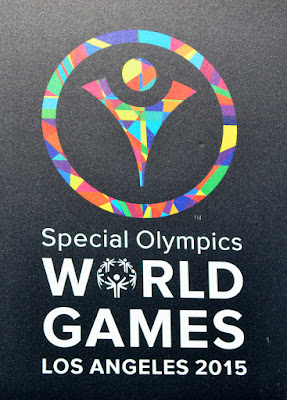 Equestrian sports have been part of the Special Olympics since 1987. There are four recognized events: Dressage, English Equitation, Two-Person Relay Team and Working Trail. 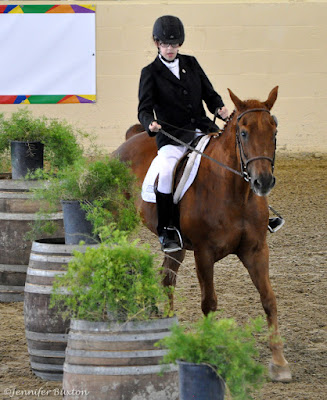 My visit coincided with the Working Trail classes. 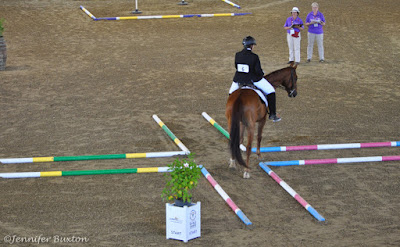 As the name would suggest, these were basic arena type trail classes. Inside the Equidome, riders competed at a walk only. 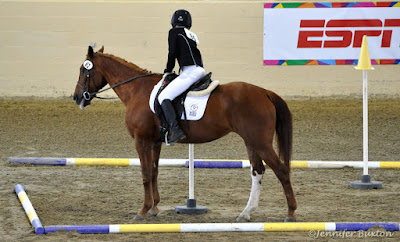 The courses in the outdoor ring included some trot obstacles. 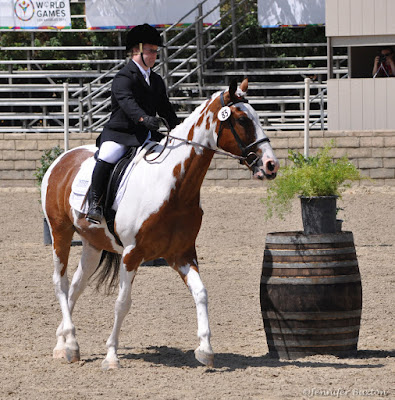 According to the rules I found online, both Western and English tack are allowed in this event. However, I did not see a single Western saddle anywhere on the show grounds. Every one rode English, and most used dressage saddles. 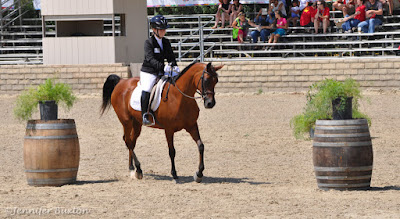 The riders were generally well prepared... 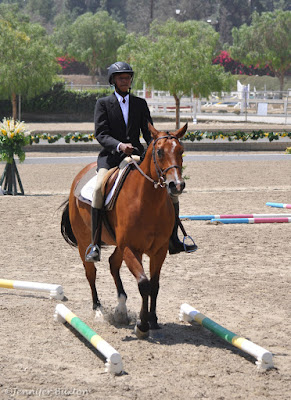 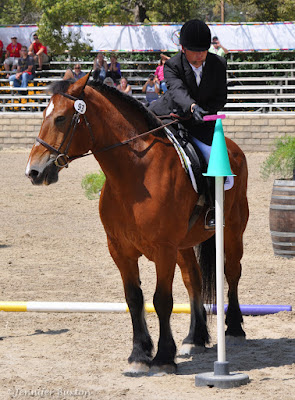 and ponies were absolutely saintly. 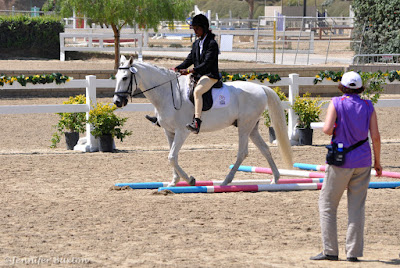 I fell in love with this one. 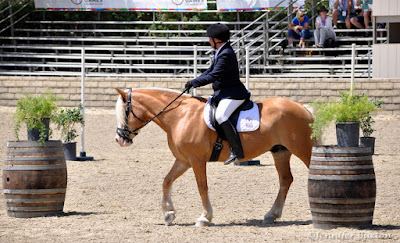 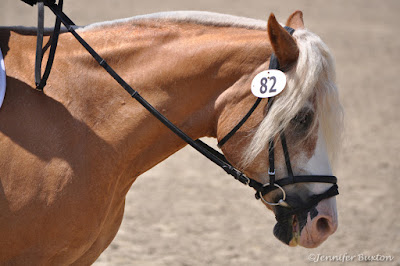 Although I didn't stay long enough to watch an award ceremony, I really enjoyed the equestrian portion of Special Olympics World Games. 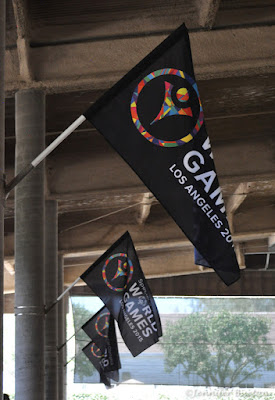 This event had all the bells and whistles of a big international competition, but still managed to feel homey and supportive. That's pretty... special.
Posted by Braymere at 5:55 PM