For nearly fifty years, the Foxfield Drill Team has been performed for audiences at major horse events including the 1984 Olympics, the Devon Horse Show, Equitana USA, the National Horse Show, the Volvo World Cup and last weekend's Special Olympics World Games at the Los Angeles Equestrian Center in Burbank, California. 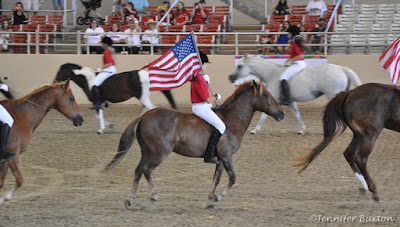 Based in Westlake Village, California, the team is made up of sixteen riders aged six to eighteen. They ride without saddles or bridles, guiding their mounts with their weight, legs, voice and a thin neck wire. 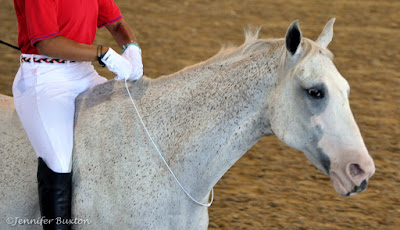 The show opened with a short performance by four team members and two miniature donkeys. 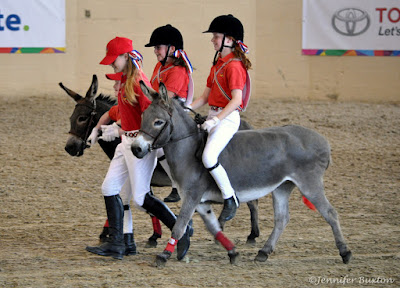 Then the entire team rode into the ring. 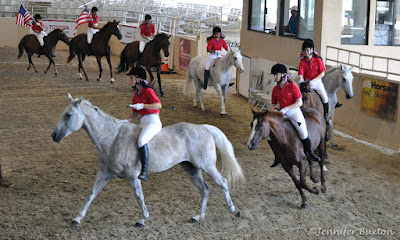 Foxfield is a hunter/jumper barn, so most of the horses and ponies were of sport type. However, I'm pretty sure I spotted at least one Arab and a couple Quarter Horse. 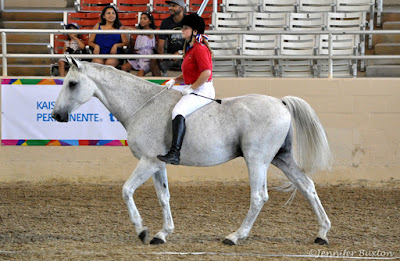 It's worth noting that most of these horses do double duty. In addition to performing with the drill team, they're also accomplished show horses. 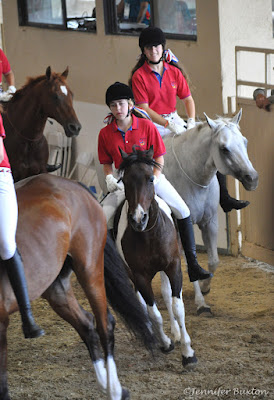 They started with the kind of maneuvers that all mounted drill teams do...

and then they moved on to what they're most famous for: jumping. 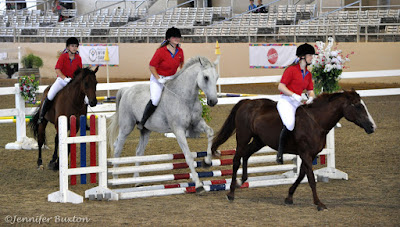 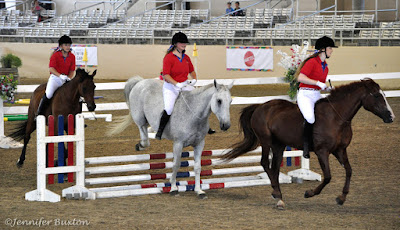 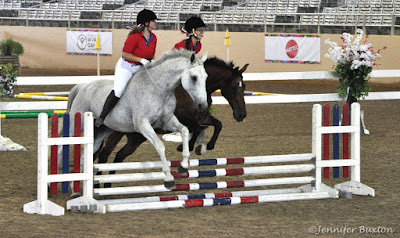 After all the jumping, most of the team lined up... 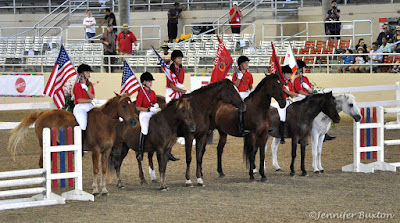 and the individual performances began. 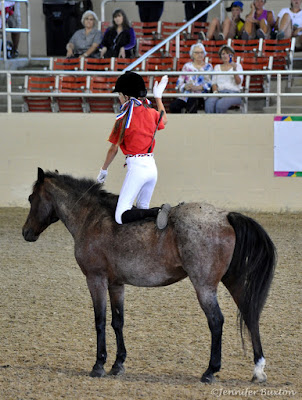 This horse did a little bit of dressage... 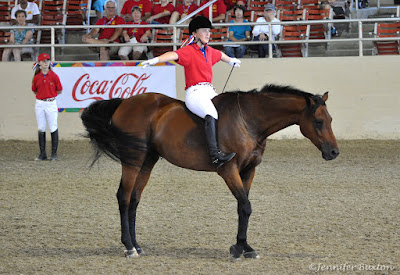 and this one jumped a great big fence. 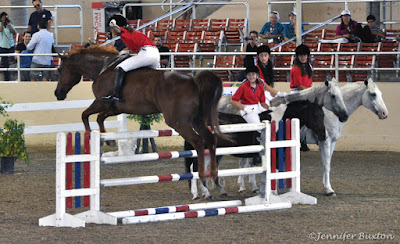 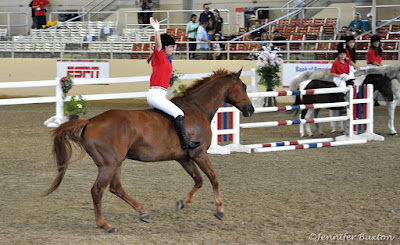 As a horse crazy kid in California, I grew up watching and wishing to be a member of the Foxfield Drill Team. 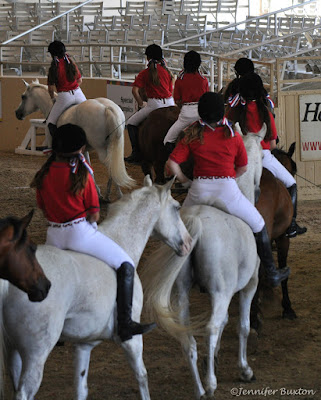 Thirty years have passed since then, but not much as changed. I love watching these girls ride, and even though I'm much too long in the tooth, I still wish I was riding among them!
Posted by Braymere at 3:52 PM