There is a stack of old horse magazines in my parents' basement. Every time I come home, my mom asks me if she can throw them away. I usually tell her that she can, but I wish she wouldn't. Today, I decided to go through them and maybe throw them away myself. 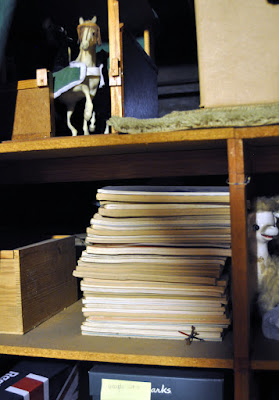 The vast majority of the pile consisted of Saddlebred magazines from the late 1970's and early to mid 1980's. These were given to me by my father's secretary, Betty Jane, who owned Saddlebreds. 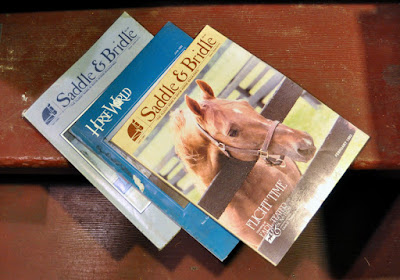 There are also several copies of the American Horse Show Association's Horse Show magazine. These also came from Betty Jane. 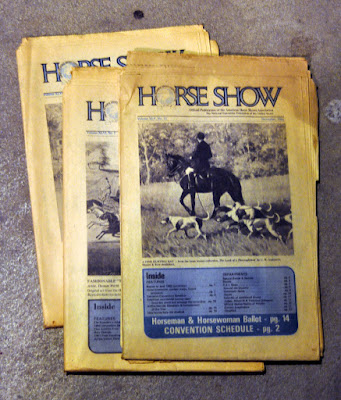 The remainder was made up of horse racing titles and, strangely, one copy of Peruvian Horse World. 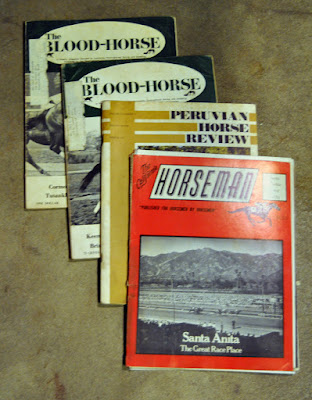 And--score!--there was also an issue of Sports Illustrated with my hero, Affirmed, on the cover. Rest assured, this one is not destined for the trash can. 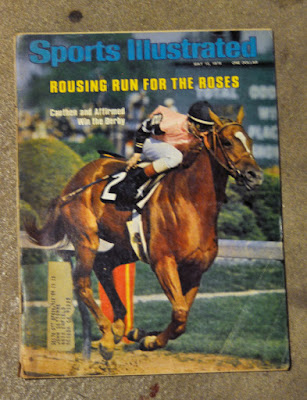 I was also surprised to discover a few non-magazine items in the mix. Some things, like this fold up poster from a 1970's kiddie magazine, were obvious discards... 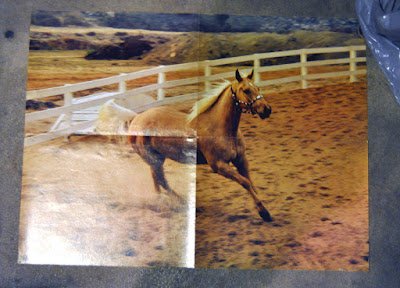 others, including this page from an eighth grade science project, are going home in my suitcase. 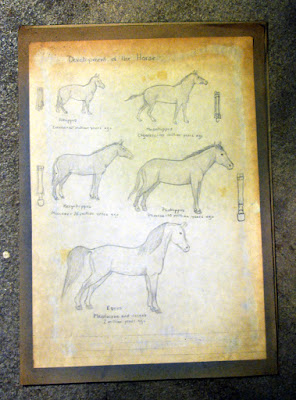 The best and most surprising find were four old calendars. 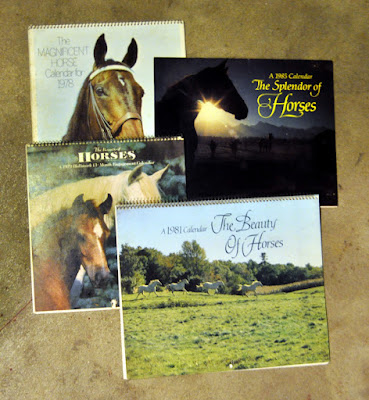 These were notable not for the photos...
but for what's written inside.
It should come as no surprise that someone who's written more than three thousand blog posts has always used words to memorialize her days. Most of the calendar notes are pretty mundane, mentions of  birthdays and orthodontist appointments and the like.
However, I also spent a lot of time recording my horse life. This entry, July 13, 1979, celebrates my first ever riding lesson at Eaton Canyon Riding Club. I was ten and a half.
Since I was a big time racing fan, I recorded race results, too.
This page, from May 1981, includes information about both my weekly riding lessons and horse races.
Model horse purchases also got a mention, as did heat waves.
Boy, am I glad I didn't let my mom throw these away! I've had so much fun revisiting 1978, 1979, 1981 and 1985. The calendars, and a few select magazines (but not the poster!), have been tucked into my suitcase and will accompany me home to Colorado on Monday.
Posted by Braymere at 5:54 PM