In her first post, guest blogger, Terri Wright, gave us a tour of the Spruce Meadows grounds.  In this installment, she discusses the competition itself.  Thanks, Terri!

The Master Tournament, held September 10-14th, is the best competition to see at Spruce Meadows.  Most of the exciting action takes place over the Friday-Saturday-Sunday portion of the competition.  Friday hosts the 6 Bar Circuit: a jumping competition consisting of six bar obstacles that get progressively higher until only one jumper remains.  Saturday is the BMO Nations cup, In which various international teams compete to win for “their nation.”
Sunday is the CP international, with Prize money of approximately 1.6 Million Dollars

The weekend I visited started out cold and dreary.  A few days prior to completion, Calgary was hit with winter weather which damaged many trees and required staff to shovel snow from the international ring in preparation for the event.  On the first day, the cool weather ended up killing my camera batteries and we admitted defeat from the cold early in the evening. 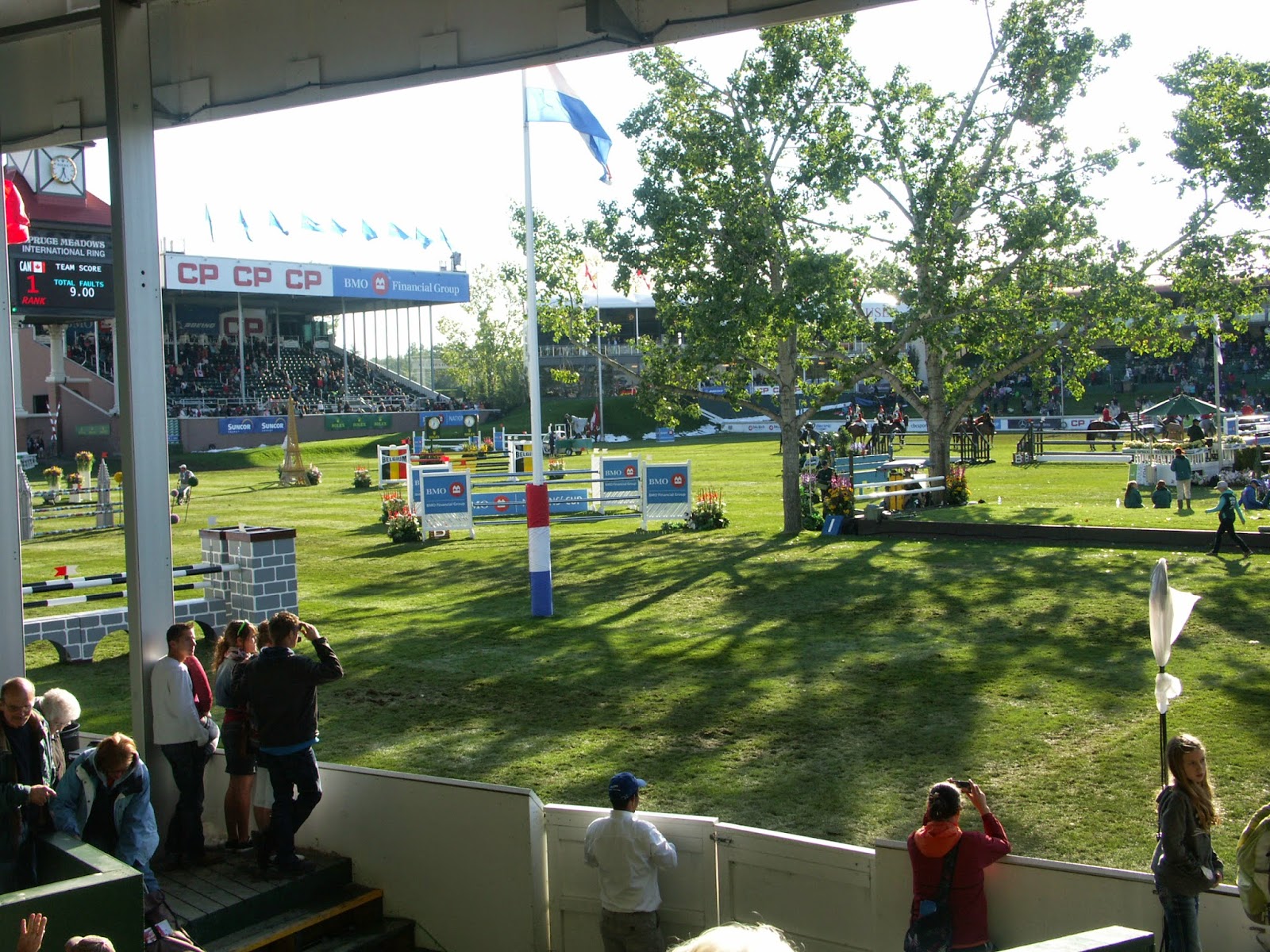 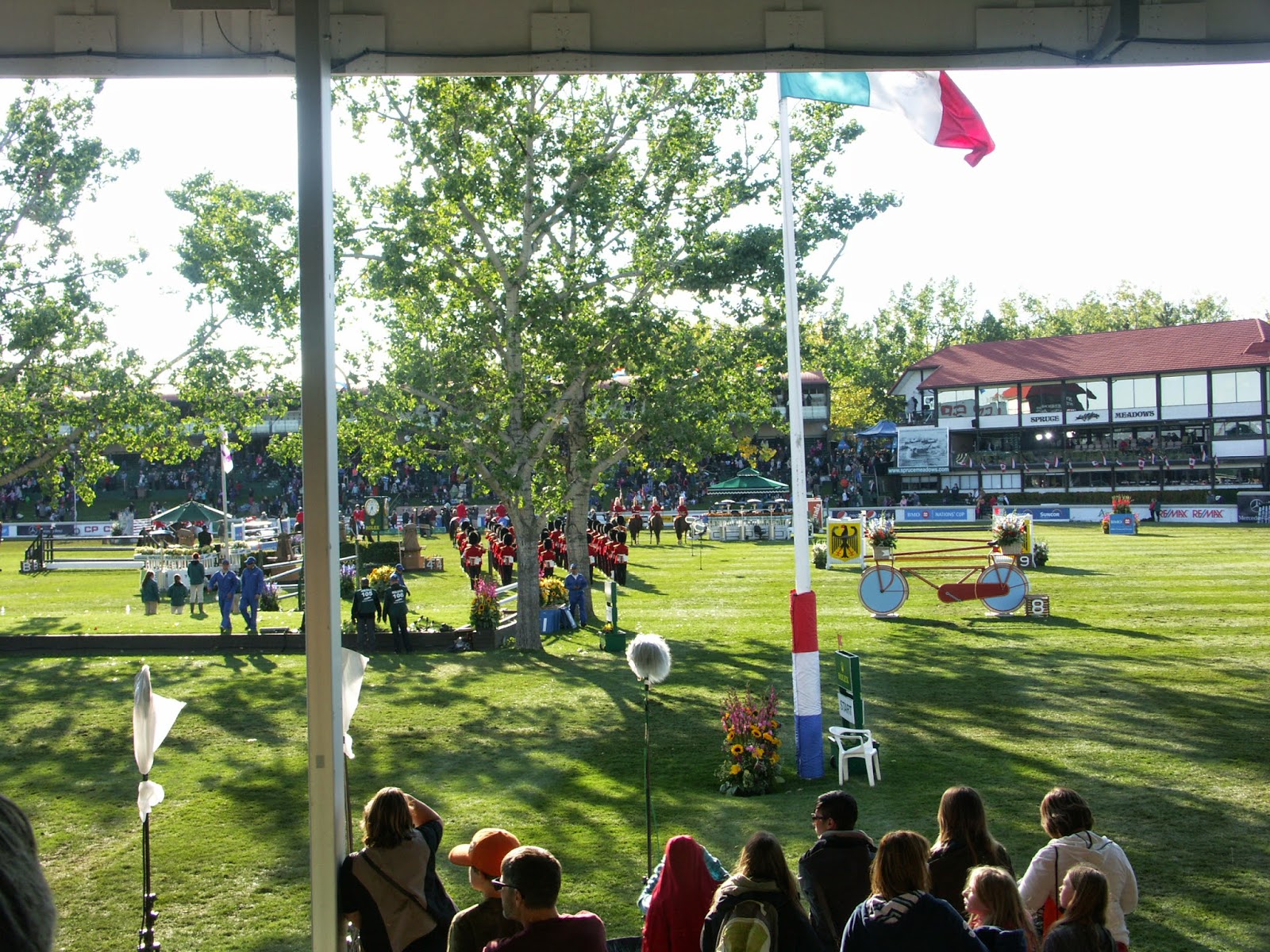 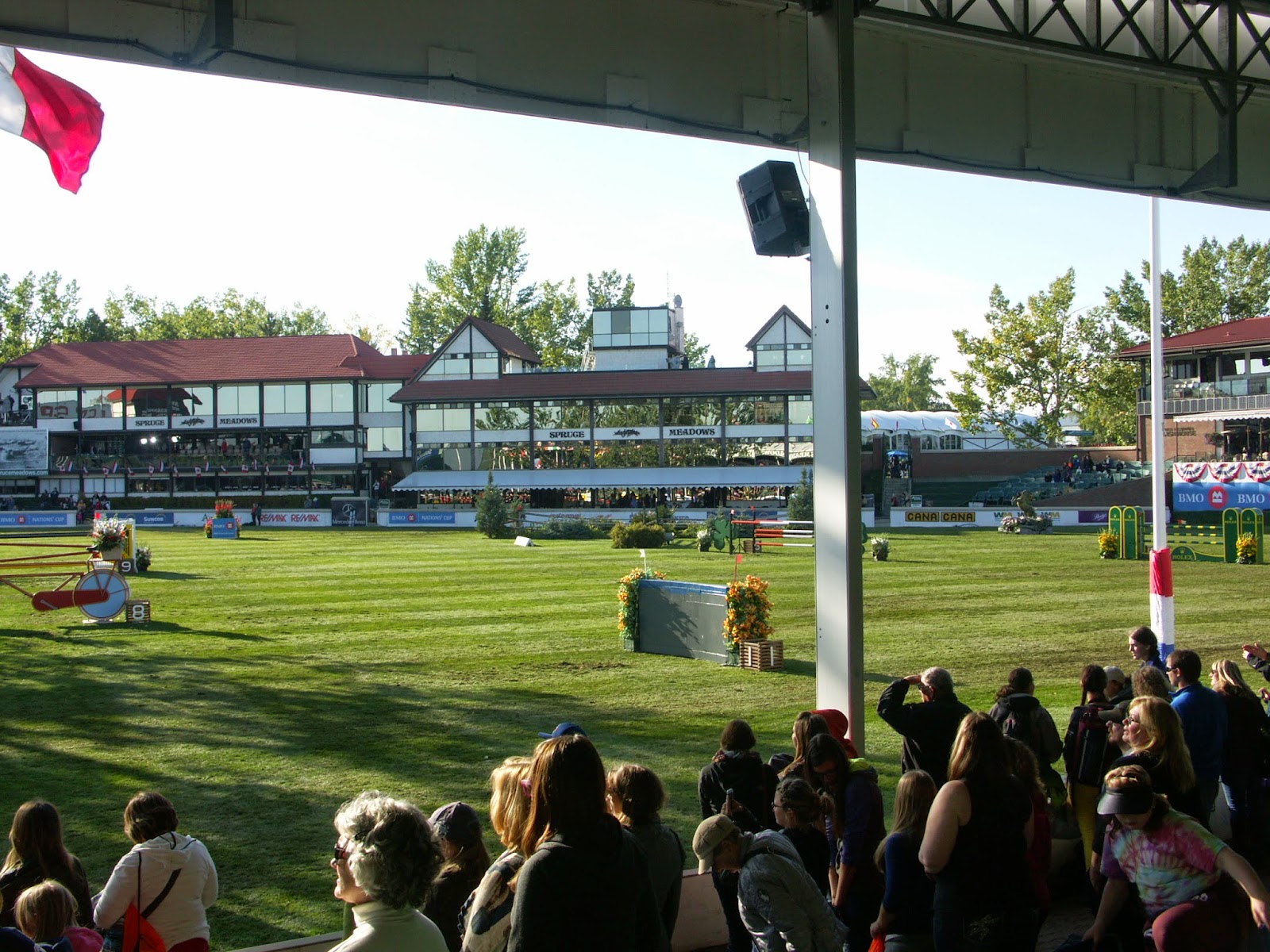 The Saturday competition was much better: 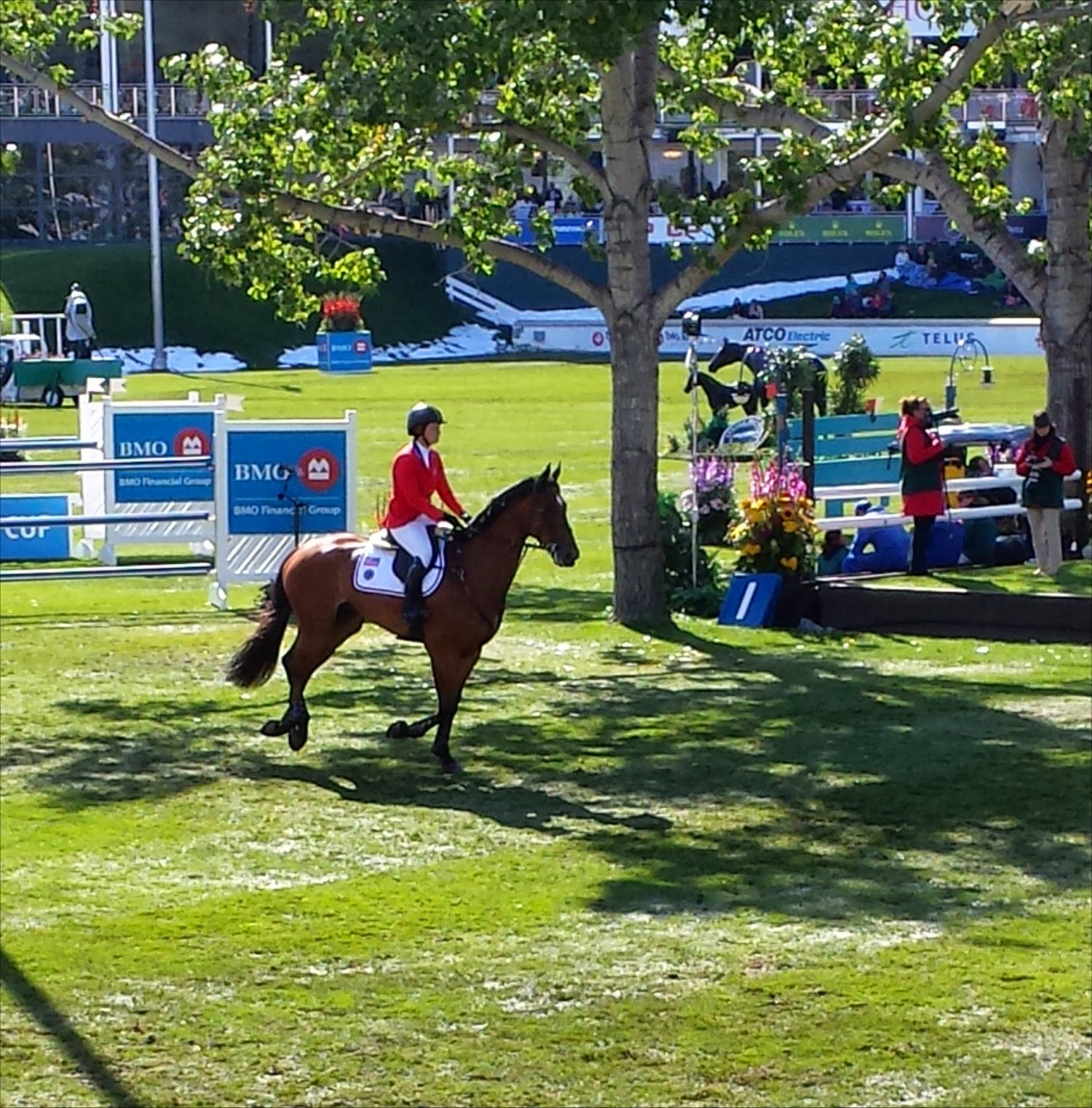 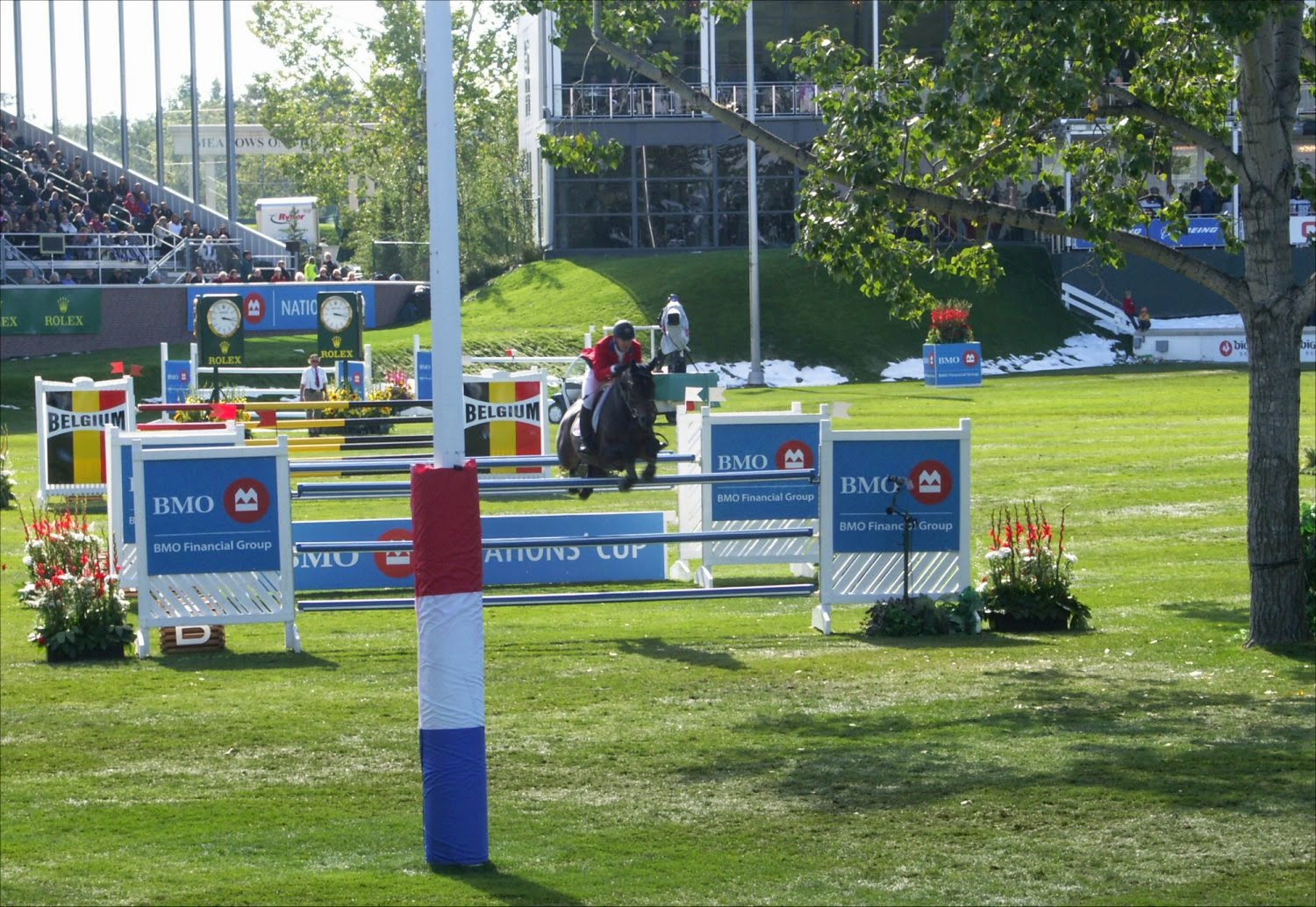 We stayed many hours cheering Team Canada onto a first place win! 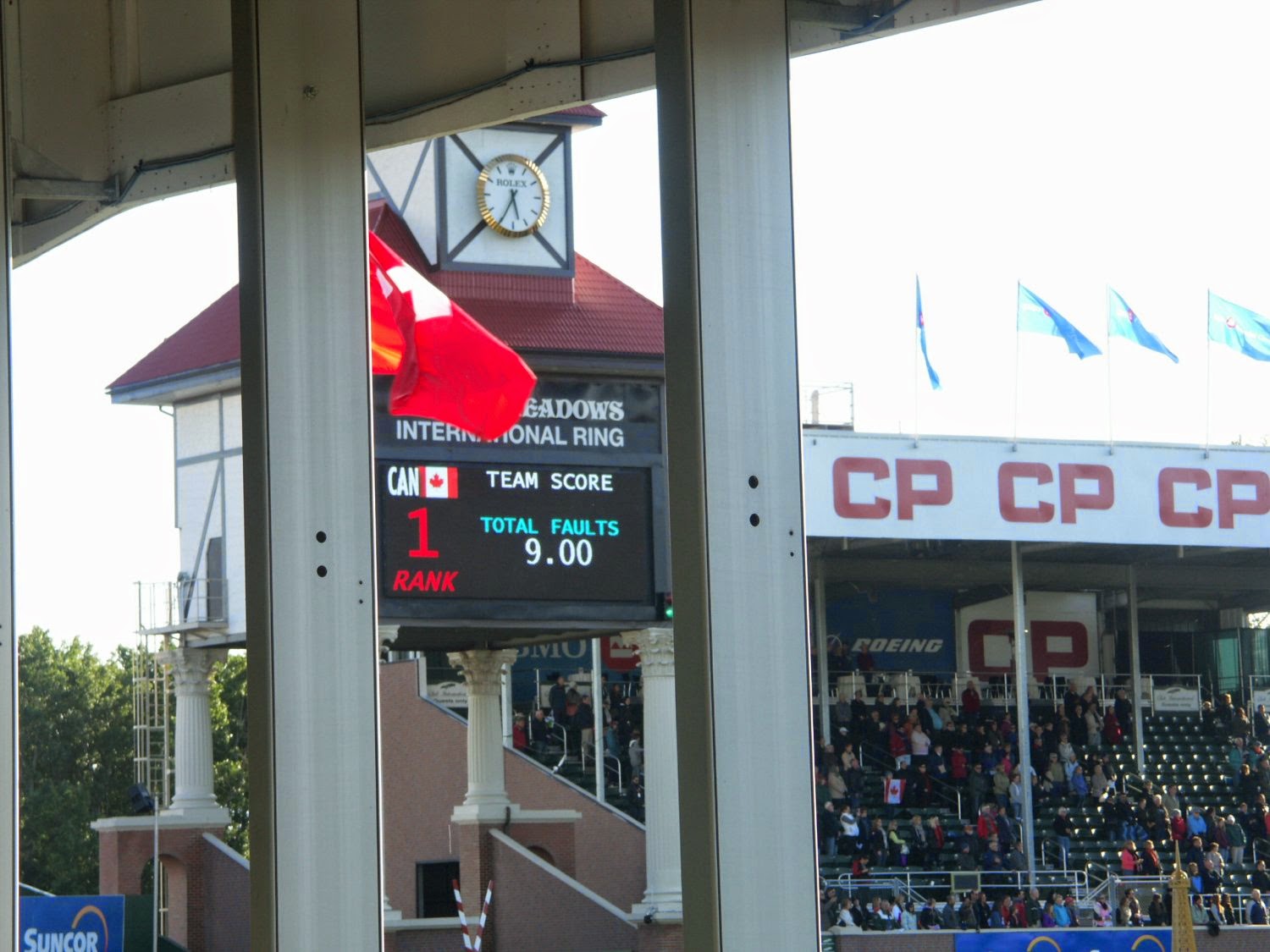 Sunday was perhaps the best day of all.  The height of the obstacles and difficulty on the course allowed the crowd to see a spectacular display of equestrian talent. 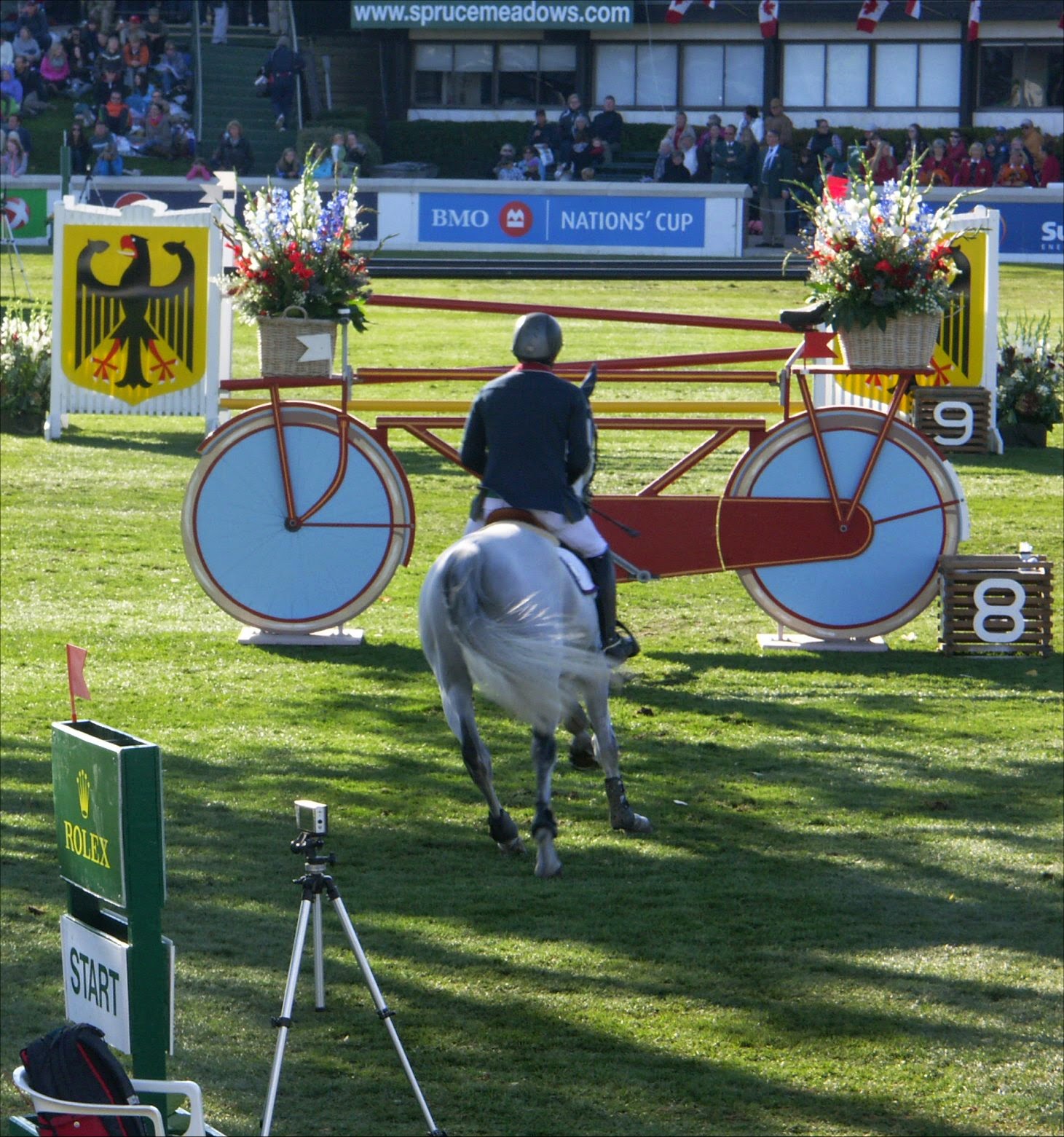 However, there can only be one winner….  And it was another Canadian! 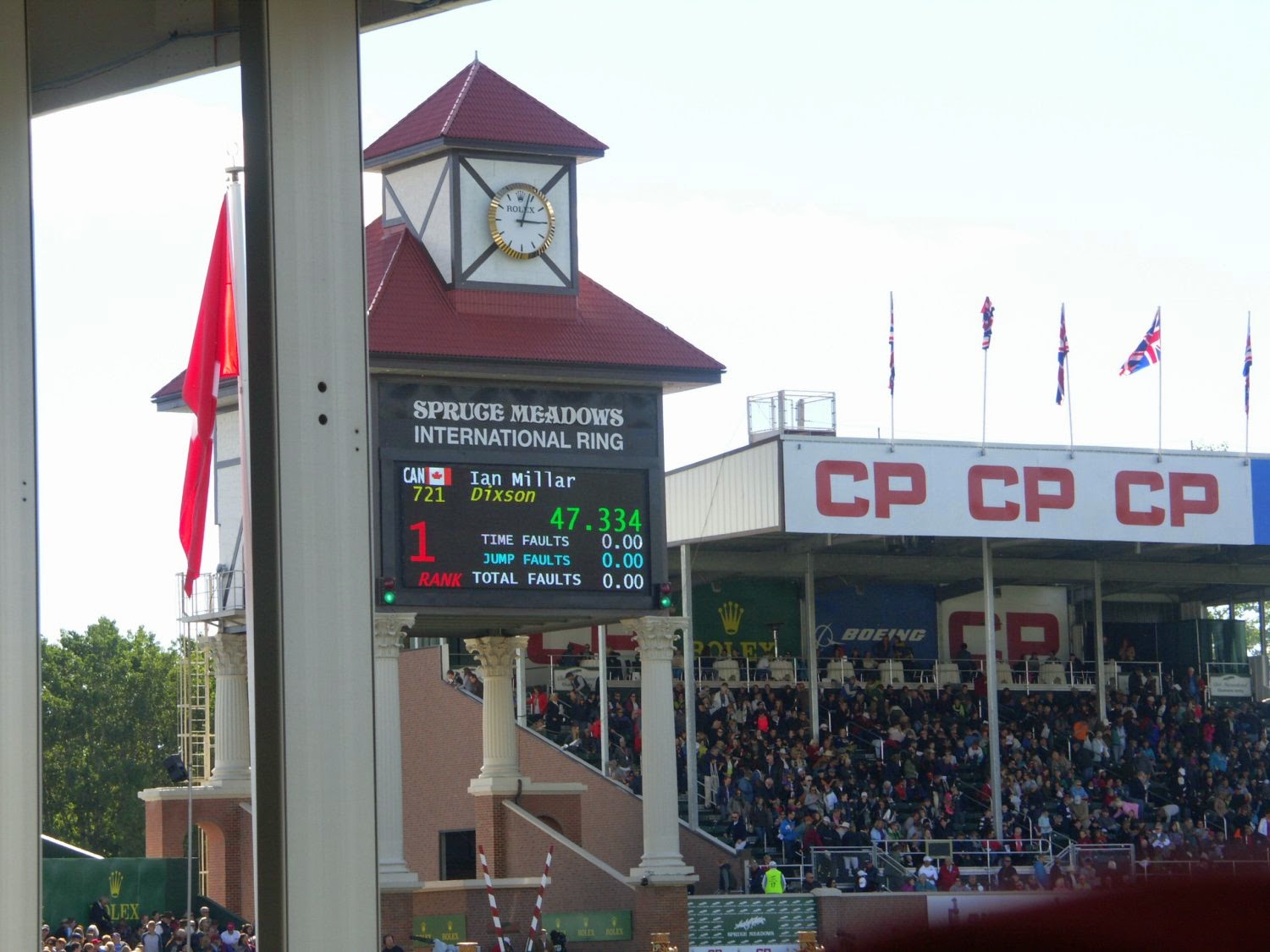 Hooray for the double win, Canada!


And tomorrow it will be a double win--and then some!-- for the propmakers, as Terri gives us a close-up look at Spruce Meadows' amazing collection of jumps!
Posted by Braymere at 3:01 PM