The canter is a controlled, three-beat gait that is natural to all horses regardless of breed or training.  Since most performance classes include the canter, it is the gait of choice for many performance showers.  However, not all canters are the same.  Before you take that cantering model to a show, it's important to fully understand canter leads.

The "lead" refers to the order in which the legs are placed on the ground.  When travelling on the left lead, the right hind leg will land first (beat one), followed by the left hind and right foreleg (beat two) and finally the left foreleg (beat three).  There is a moment of suspension (all four feet off the ground), and then the pattern repeats.
The footfalls are reversed in a right lead canter.  The left hind touches down first, then the right hind and left fore and lastly the right fore.
Generally speaking, a horse is on the correct lead when the lead matches the direction of travel.  That is, a horse turning to the left will be on the left lead, while a horse turning to the right will be on the the right lead.
When cantering inside an arena,  the horse should lead with its inside leg.  This means that a horse travelling on its left lead will have the fence on its right side.
Cantering on the outside lead (except in the case of a dressage counter-canter) is a serious fault and will usually result in a bottom placing.
Most people can easily identify a horse's lead during the second beat of the canter.

At this stage, the leading foreleg is extended forward.  It is, in fact, "leading" the other legs.
Unfortunately, the other beats, and especially the moment of suspension, can be a bit trickier. 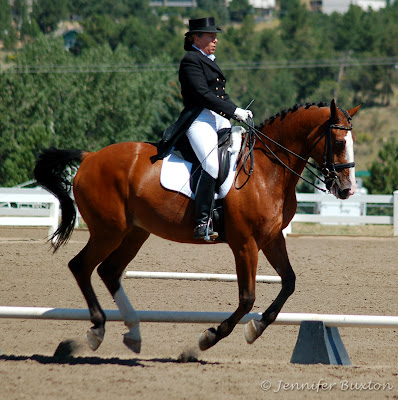 Instead of trying to pick out the "leading leg", I look for the diagonal pair.  Again, this is most obvious in beat two, when the non-leading foreleg and the opposite hind leg are both in contact with the ground. 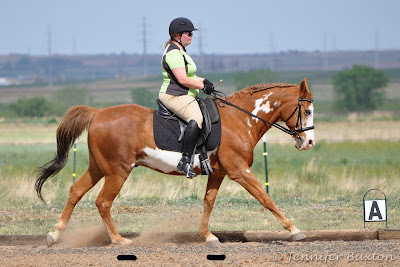 However, even during the other phases of the canter... 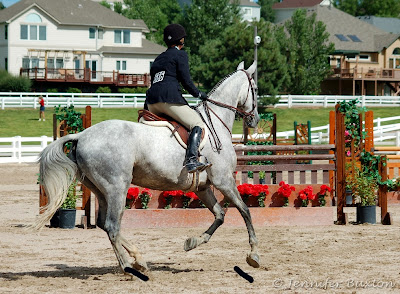 it's fairly easy to discern which diagonal pair of legs is moving in unison. 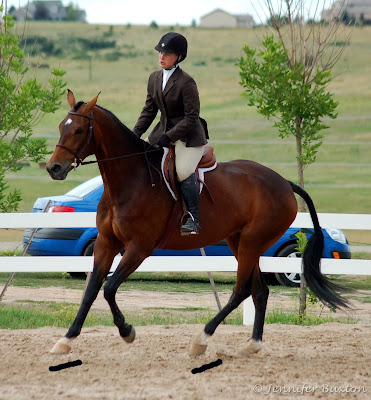 These two legs come into contact with and leave the ground simultaneously, so the angle of the bottom of the hooves should be nearly identical at all points in time. 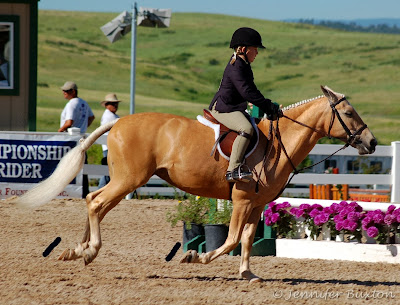 I've marked those angles to help better illustrate this concept. 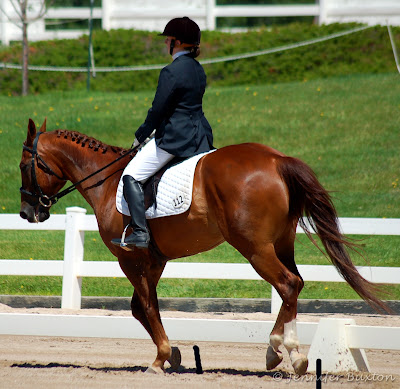 Just remember, the leading leg is the foreleg that is not part of the diagonal pair! 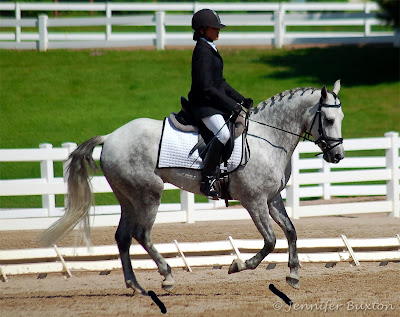 Still confused?  If so, please post your questions in the comment section!
Posted by Braymere at 2:08 PM