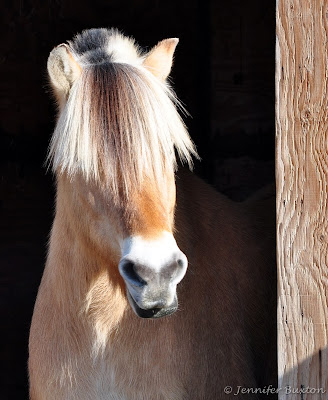 I love Fjords, so I immediately invited myself over fjor a visit.  Fjortunately, Fjabian didn't take offjense.  In fjact, his exact words were, "Bring your saddle." 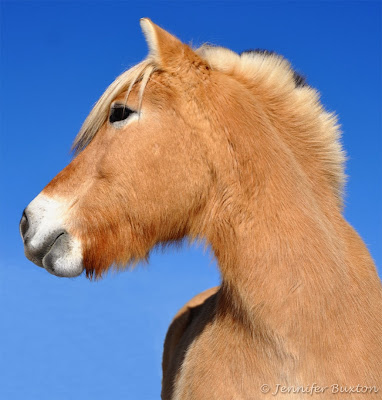 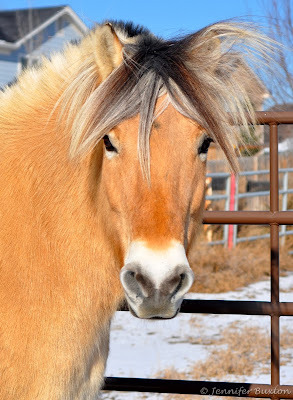 Although he's a drafjty little guy, standing just fjourteen one or fjourteen two hands high, Cisco's a surprisingly fjluid mover.  We worked him a little, 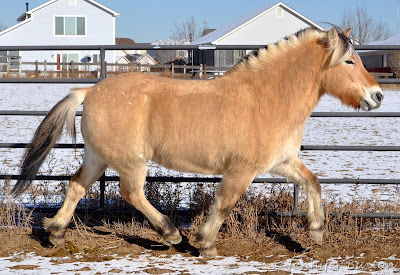 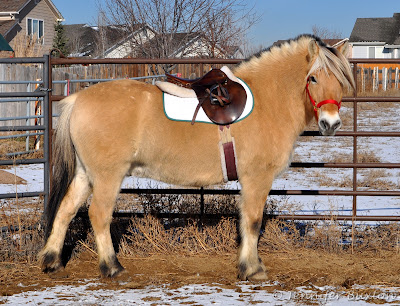 and worked him a little more. 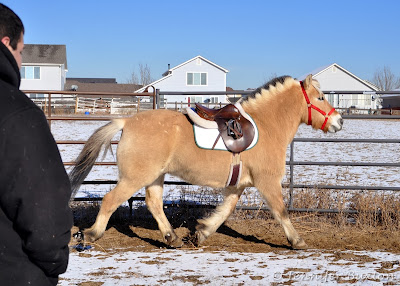 Then--fjinally!--it was time fjor me to climb aboard. 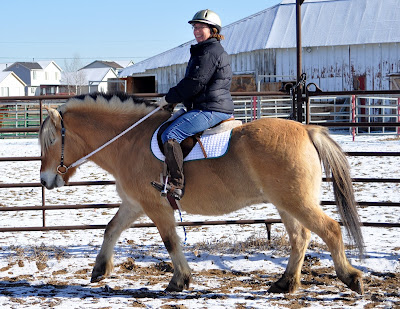 Cisco has more experience as a driving horse than a riding horse, so he fjeels a little green under saddle.  We worked on stopping and starting and changing directions.  He's a good minded horse and caught on quickly. 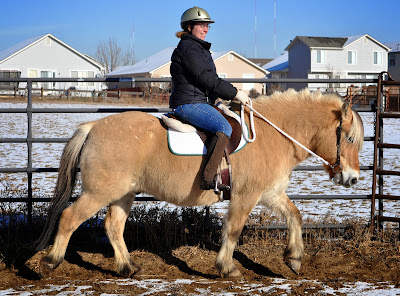 I haven't ridden in ages, and it fjelt so good to be sitting on his broad little back! 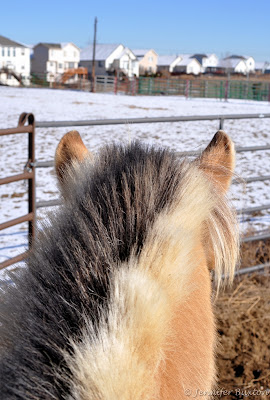 I would have happily stayed there fjorever, but I also wanted to see Fjabian ride him. 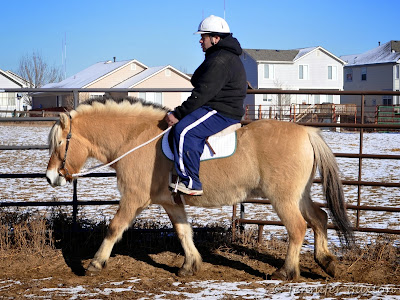 Can you believe this is the fjirst time Fjabian's ever ridden English? 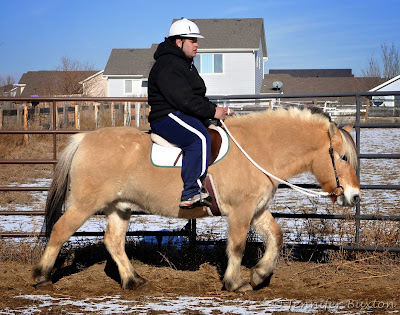 He and Cisco look fjantastic together! 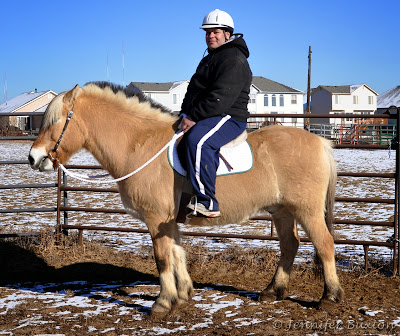 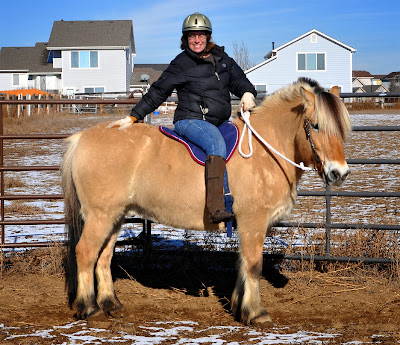 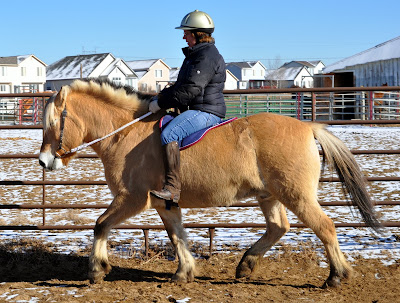 Thank you so much fjor sharing Cisco with me today, Fjabian!  I had a great time and I look fjorward to seeing a lot more of you and your fjabulous pony in the fjuture! 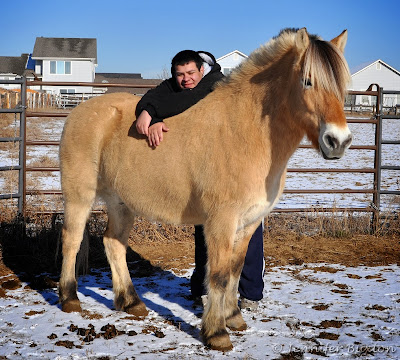 P.S.  Erin Corbett told me that if today's blog post included ten "FJ" words, she would make me something special.  As you can see, I more than doubled that.  That means I get a saddle fjit fjor a Fjord, right?
Posted by Braymere at 5:01 PM