Of all the pictures I took yesterday, this one just might be my favorite.  That's my friend, Fabian with his first real horse, Cisco, and his first Breyer horse, who is also named Cisco.  How cool is that? 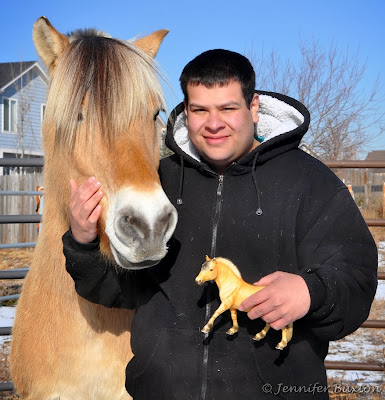 And because I simply couldn't resist, here's a picture of one Cisco standing atop the other! 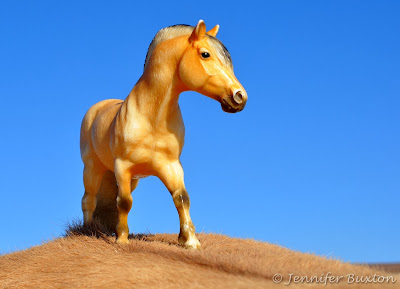 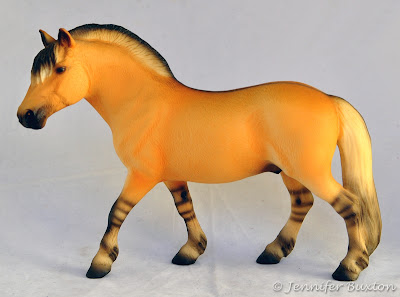 His name is Vargo... 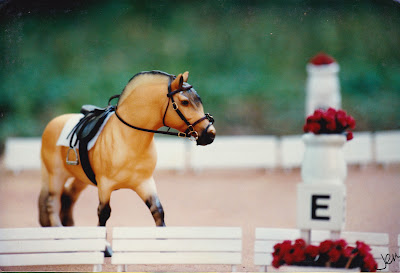 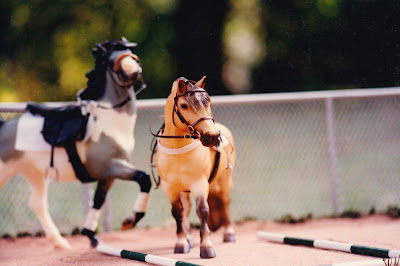 quite the performance horse... 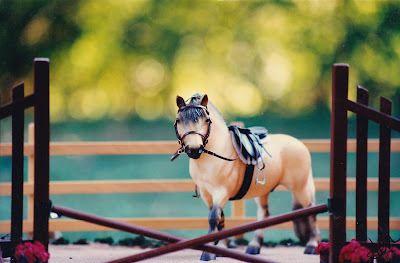 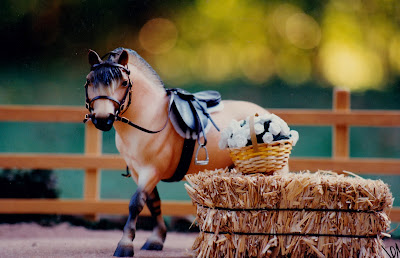 Funny, I don't remember this photo at all, but it seems quite appropriate given today's date! 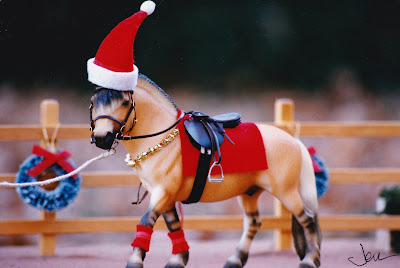 I also have a North Light Fjord.  His name is Bjorgi. 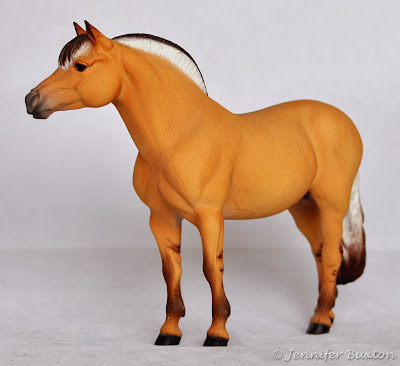 Additionally, there are two Fjords on my project shelf.  This one is a Fjord mule.  She's a newer acquisition, having come to me from Alicia Strayer-Mangan and the Model Horse Blab Pay it Forward ("PIF") program.  I received her shortly after my surgery, and the note accompanying her warned that she was made from a particularly brittle resin.  "Hope you have lots of super glue and baking soda!" Alicia wrote, "You're going to need it!"  Sure enough, two days later Darcy and I conspired to rebreak one of her legs.  I tacked it together for this picture, but I still need to fix it properly. 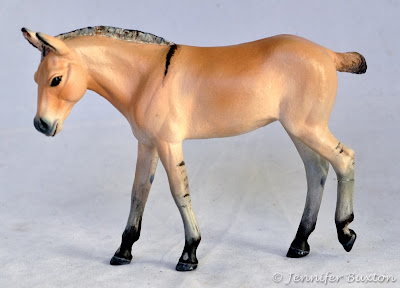 My other project Fjord started life as a BHR classic draft.  I bought his half-finished self from Melanie Miller several years ago.  He's nearly ready for paint now, but like so many of my customizing projects, it's been a long, slow march to completion.  Who knows?  Maybe 2014 will be the year he's finally finished! 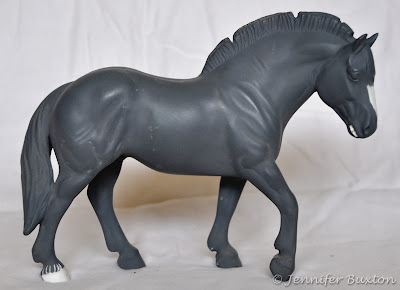 Thanks again, Fabian, for sharing both your Cisco's with me.  Fjords are such a neat breed, and I'm glad I have a few gracing my shelves!
Posted by Braymere at 10:30 AM