When I was eight years old, there were two things I wanted more than anything else in the world. 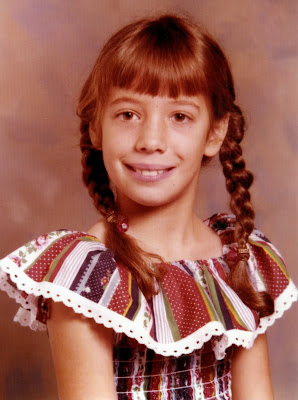 The first was a horse of my own. 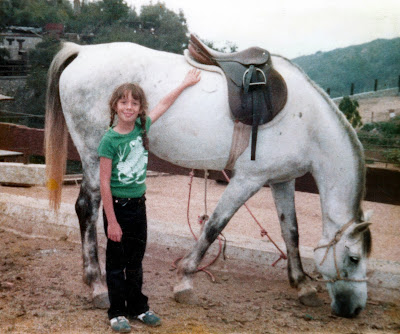 The second was the newest addition to the Breyer line-up, Marguerite Henry's Stormy. 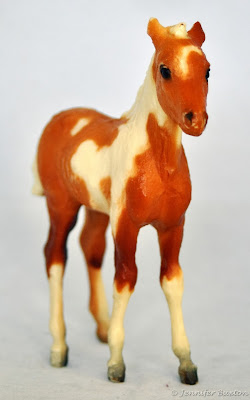 Of course, I wasn't expecting to receive either of these things at my third grade Christmas party and gift exchange.  Past experience had taught me that most of the gifts exchanged that day would be pretty modest.  If I was really lucky, I might get a Breyer stablemate.  More likely, I'd get a book or art supplies or a cheap toy.

What I was not prepared to get was this: 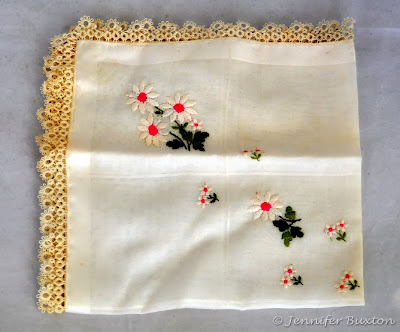 There's probably an eight year old girl somewhere who would love to own an embroidered cotton handkerchief, but I was not that girl. 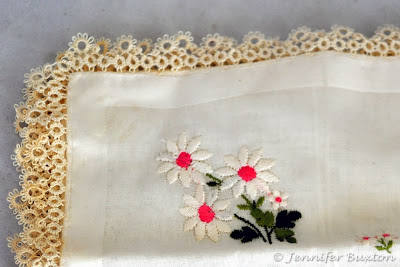 Oh, I was so disappointed!

I tried to be gracious, but it was hard not to feel cheated as I watched my classmates enjoy their new books, toys and art supplies.  Everyone--and I do mean everyone--had received better gifts than me.  I was relieved when the final bell rang and we were dismissed.  I couldn't wait to go home and forget all about that particular Christmas party.

As I walked to my mom's car, I was joined by my younger sister.  She had a big smile on her face and her Secret Santa gift in her hand.  I couldn't believe my eyes.  I got a handkerchief and she got Stormy.  The injustice was overwhelming, and I burst into tears. 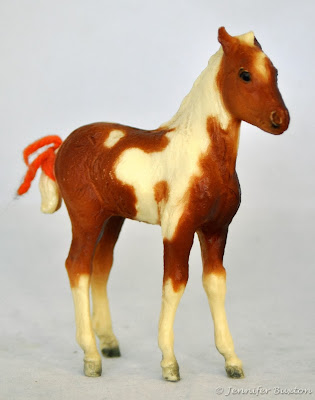 Fortunately, I unwrapped my own Stormy a few days later.  She was a bit lighter than Erin's, and as far as I was concerned, she was much prettier. 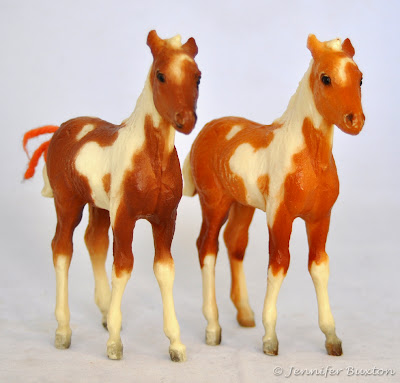 In fact, she was so pretty, I almost forgot all about that stupid handkerchief... 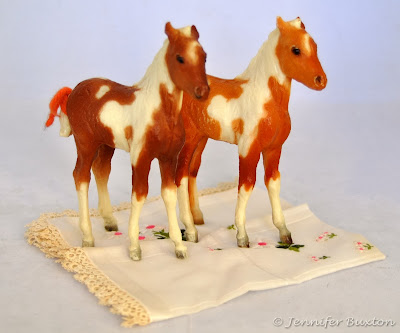 Almost!
Posted by Braymere at 2:42 PM