Don't get me wrong--I love my ancient Courbette.  It's served me well for more than a decade, and is quite possibly the best seventy five dollars I've ever spent. 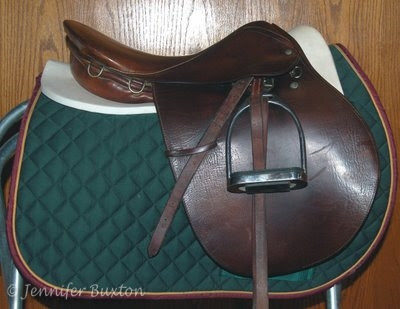 That said, it's not an ideal trail saddle.  It's fine for short rides, but around the two hour mark, I often find myself wishing I had something a bit cushier.  I happened to mention this to a riding friend today, and ten minutes later, I was the proud owner of an old Western saddle. 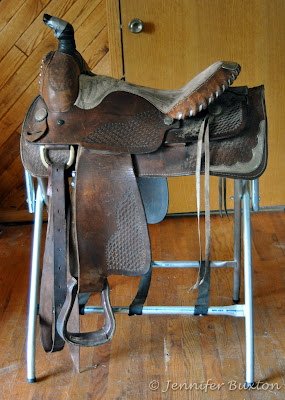 I don't expect a free saddle to look like much, so the dirt... 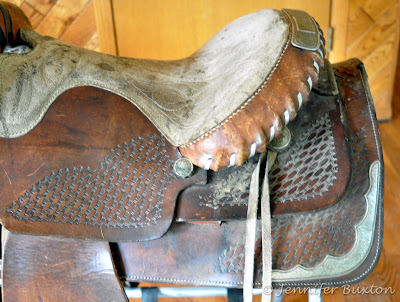 and duct tape didn't scare me. 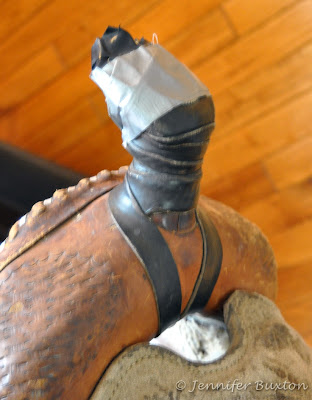 I figured it'd clean up ok and I was right! 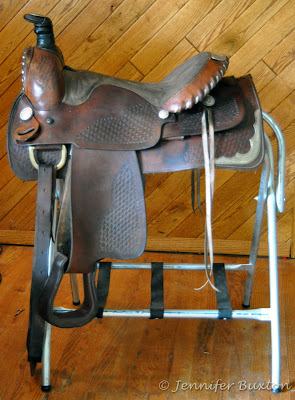 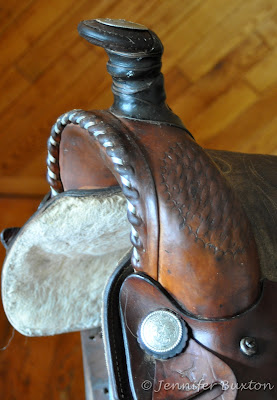 It's a Hereford by Tex Tan which is a low to mid market saddle.  It's not the best, but it's certainly not the worst either. 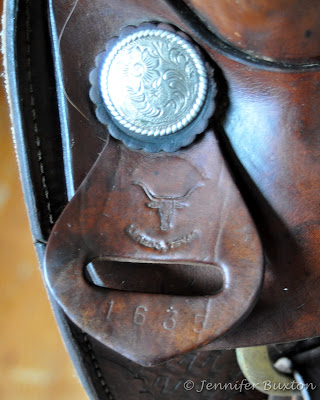 I'm not sure that this saddle will be a keeper, at least as far as actual riding goes.  It's a bit big for me, and I'm not convinced that it will be significantly more comfortable than the Courbette.  Despite that, I'm happy to have it.  After all, there's nothing better for a tackmaker than having actual tack in the studio!
Posted by Braymere at 3:48 PM