Years ago, I decided to make myself a model Friesian.  I traded a halter for a Gem Twist body, hacked it up, reassembled it and painted it black.  Because I like white markings, I really wanted to add some chrome.  I wasn't planning anything crazy, mind you--just a little star and snip and maybe one white ankle.

I posted my intent on whatever hobby lists I was subscribed to at the time, and the response was immediate and unanimous--no white markings on the Friesians!  A star that measured less than two inches in height or width was allowed.  Anything beyond that was strictly verboten.

Sigh.  That wasn't what I wanted to hear, but rules are rules.  I gave my mare a tiny star and left it at that. 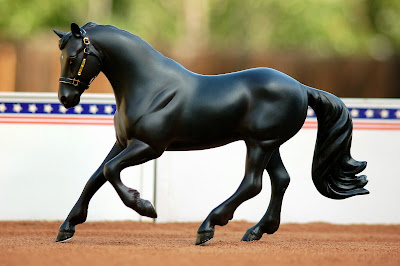 Yesterday, I drove out to Golden, Colorado to visit my friend, Cara, and meet her new lease horse.  While I was there, I couldn't help but notice a pair of Friesians turned out together in the arena. 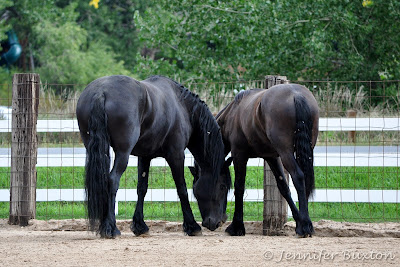 However, it wasn't until the little one came over to the gate that I noticed something unusual about him. 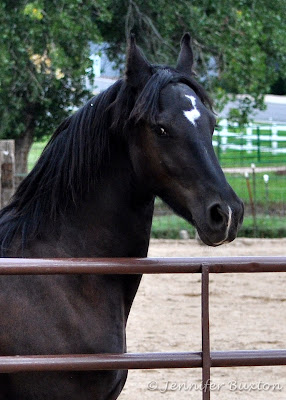 and one white foot.  Oh my goodness--that's exactly how I wanted Velma to look! 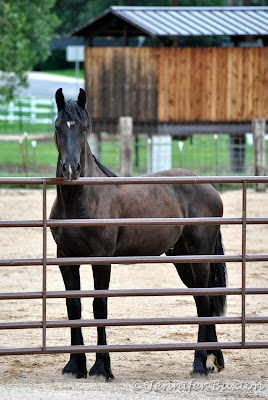 Of course, I realize that he is unregisterable and probably a huge disappointment to his breeder.  Call me crazy, but I don't care.  I love the white and I think he's adorable. 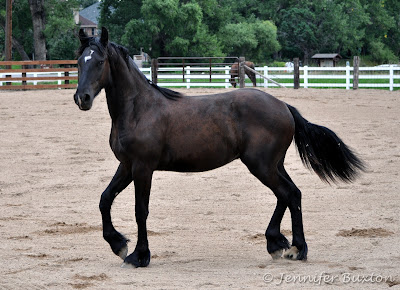 And as for Cara's lease horse, Poppy...  well, she's pretty adorable, too! 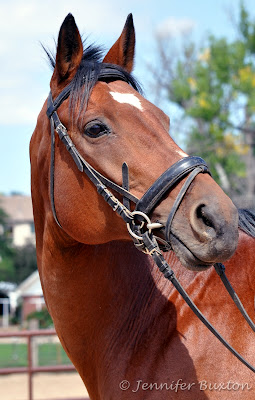 P.S. Poppy's show name is The Exploding Poptart.  Doesn't that sound like something you'd hear at a model horse show!?
Posted by Braymere at 3:10 PM