Thursday's epic rainstorms wreaked havoc on the entire Front Range of Colorado from Colorado Springs all the way to the Wyoming border.  The mountain and foothill towns were hit the hardest, but my own neighborhood in Aurora also sustained a lot of damage.  When the skies cleared yesterday, my family ventured out to get a firsthand look.

Since many of the roads were still closed... 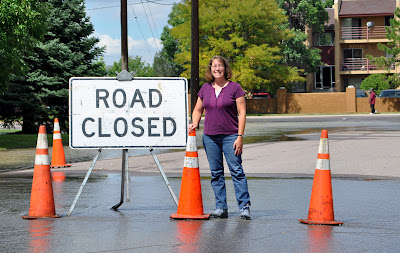 we had to walk. 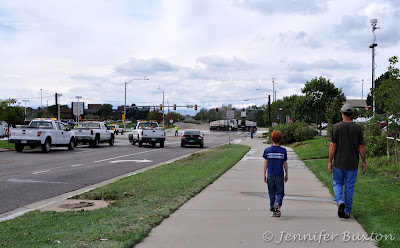 Signs of the storm were everywhere... 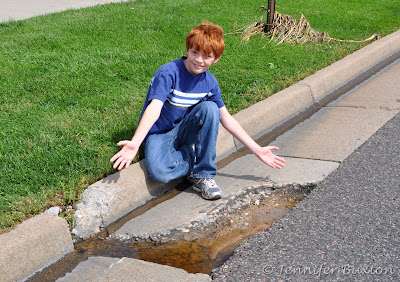 and some of the damage is quite significant. 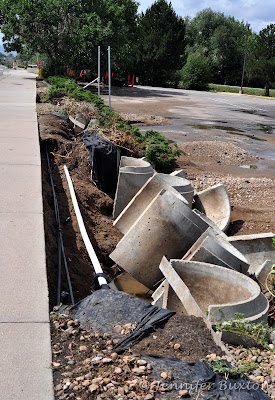 Most of the streets were dry, but the flood waters haven't receded completely. 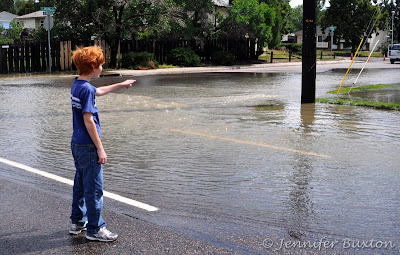 Many of our local businesses suffered serious damage.  The parking lot in front of this 7-11 was mostly washed away. 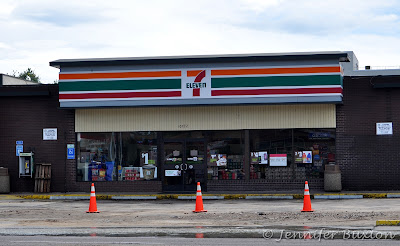 As we neared the intersection of Alameda and Havana, we found ourselves surrounded by police, 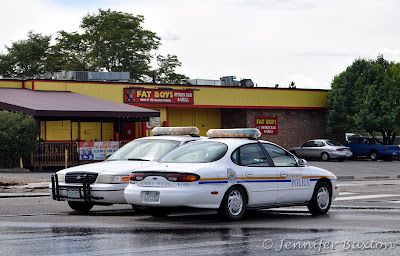 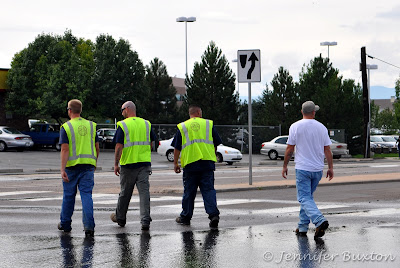 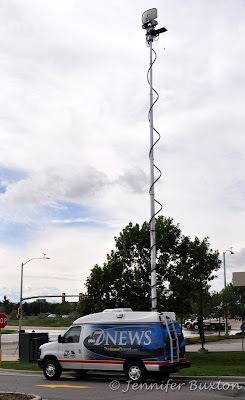 Eventually, we'd seen all there was to see on Alameda... 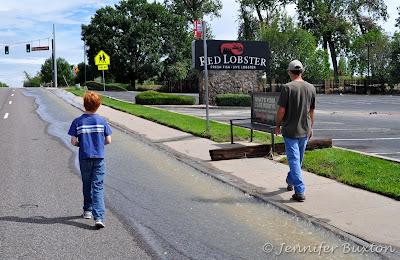 so we headed south to Expo Park. 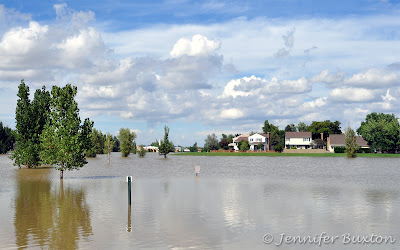 The whole park was underwater.  You can see the top of one bridge, but the other has disappeared completely. 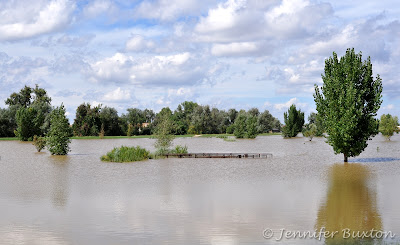 The large drains at the edge of the park have done a good job from keeping the water away from the houses.  Still, I'm glad I live on higher ground! 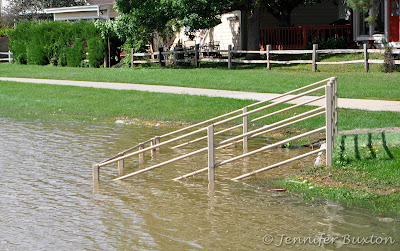 It feels wrong complaining about rain, since Colorado usually gets so little of it.  This week, however, we've all had enough. 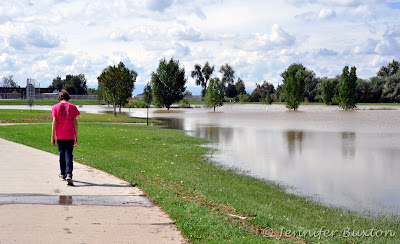 P.S. Since the storms, I've been having trouble with my internet connection.  I wrote this post yesterday but was unable to upload it to Blogger.  My connection's a bit better today, but unfortunately, the news is worse.  It's raining again, and raining hard.  We are under a flash flood warning and my yard is full of water.  Sigh.
Posted by Braymere at 4:12 PM