Colorado used to be a hotbed of hobby activity, but no more.  With the recent cancellation of the long running Rocky Mountain Rendezvous show, we are now down to just one show (Springamathing) that includes performance and/or full artist resin and custom divisions.

If I want to have a live show fix, it's obvious that I need to expand my horizons.

This explains how I found myself at the Jefferson County Fairgrounds last Saturday for the Red Devil Live Original Finish Breyer show. 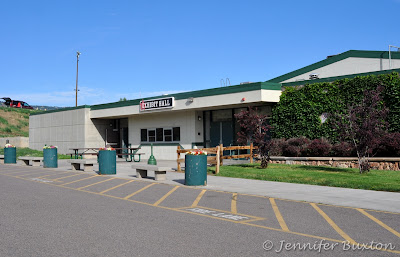 I own a lot of Breyers, but most of them aren't live show material.  My RDL showstring was comprised of just seven models. 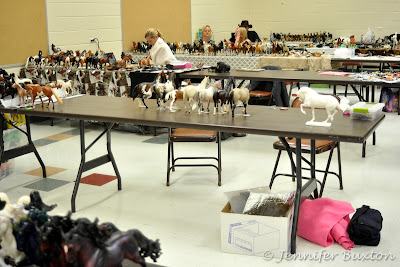 The most notable member of the "magnificent seven" is my Mosaic, High Lonesome. 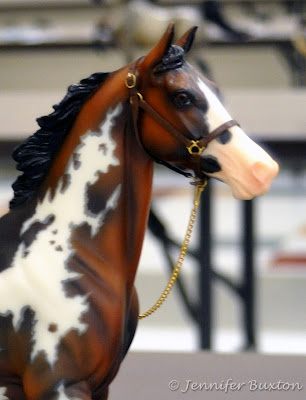 Joining him were my two other Connoisseur models, Shalimay... 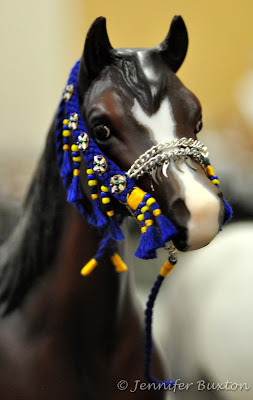 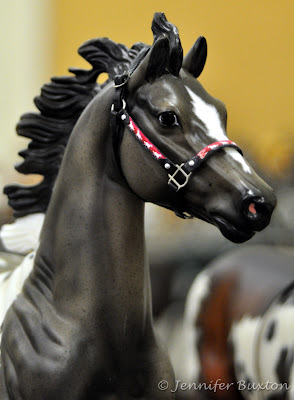 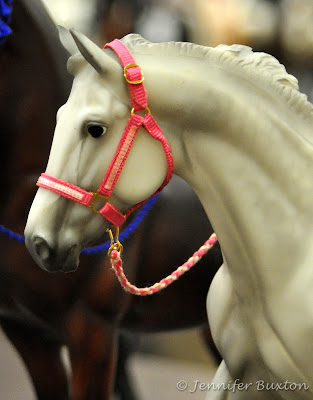 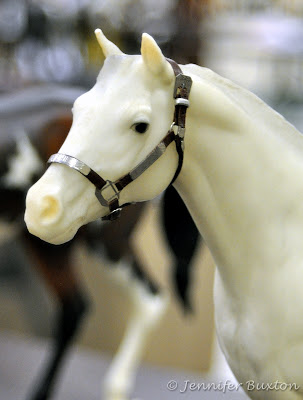 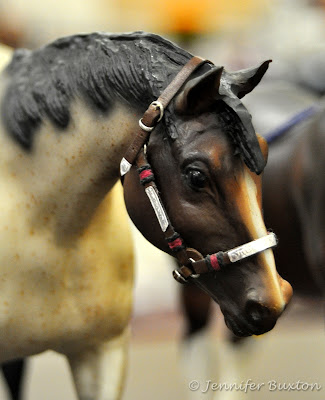 Unfortunately, I forgot to take a photo of the seventh model, my bay tobiano Stoneleigh Surprise.  Like the others, he was also dressed in a halter.  That was my own slightly ridiculous attempt at make showing OF Breyers feel a bit more performance-like.  It didn't work.

The show started with the draft division. 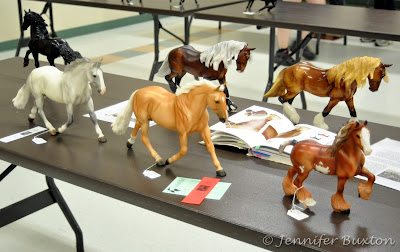 I didn't pack any drafters so this was a bit boring for me.  I passed the time by wandering around the show hall, taking photos of other people's tables... and other people's winnings. 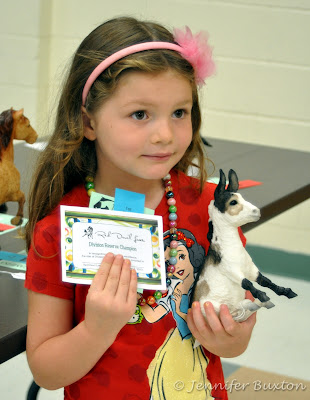 I also spent a lot of time talking to both old... 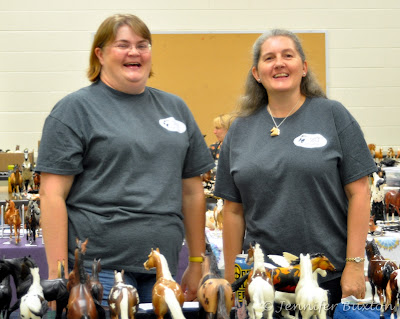 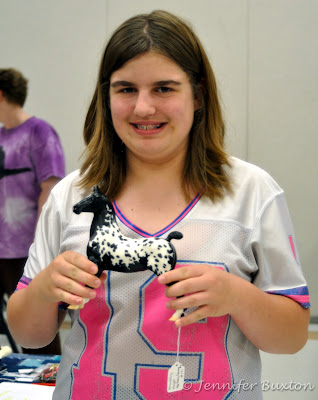 and helping Yashka name her horses! 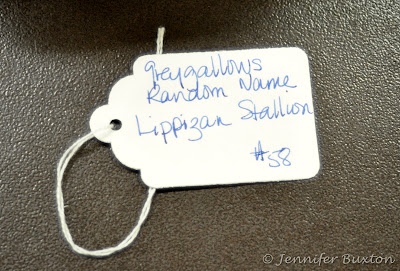 After what seemed like an eternity, the stock division began.   Honeymoon Sweet was the first Braymere horse to enter the show ring. 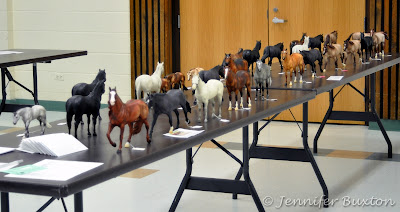 I thought she looked pretty in her silver halter, but the class was huge and she didn't place. 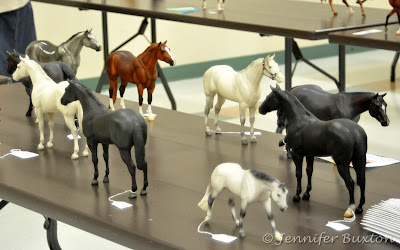 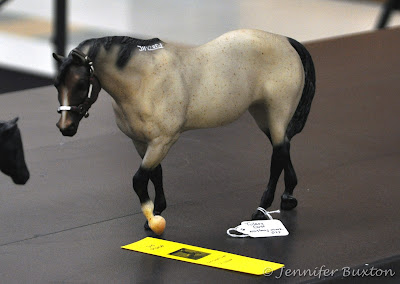 The Sport Horse division was next.  Three of my horses were showing in this division.  White Trash Girl went first... 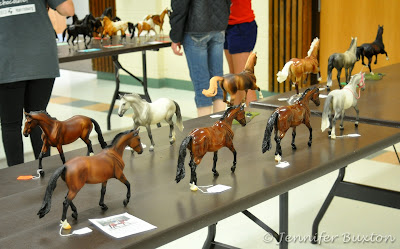 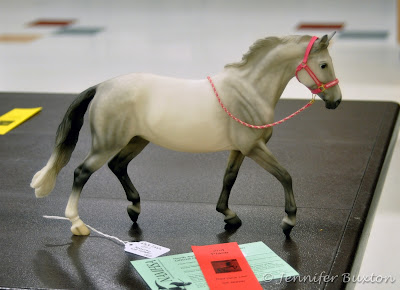 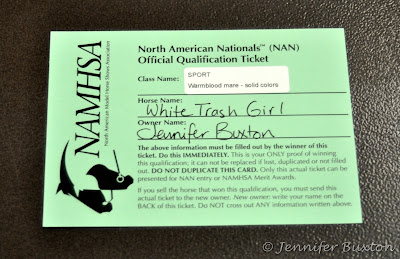 Wild Thing was fourth in the Other Pure/Mix Sport. 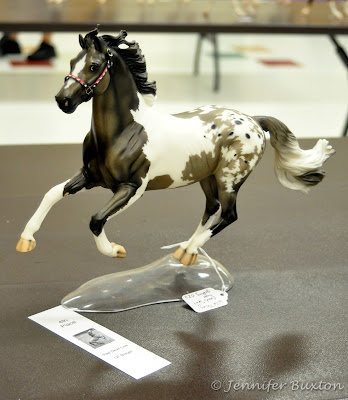 He was beaten by my own High Lonesome... 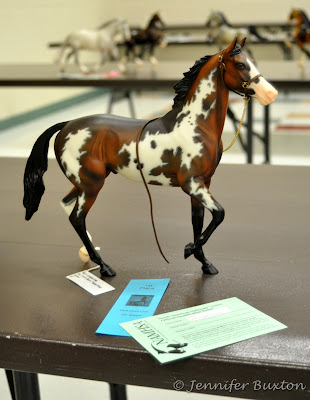 who also went on to be named Sport Division Champion.  Yay! 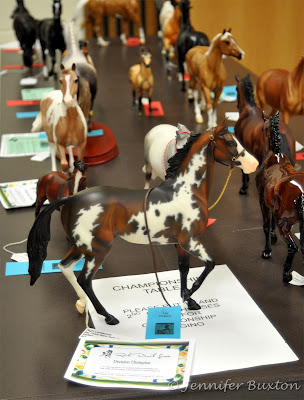 It's fun to win, but honestly, by this point I was kind of over the OF Breyer show.  I wanted to go home and spend time with my family, so I gathered my loot and headed out. 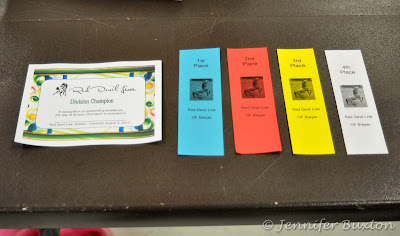 I left High Lonesome, Shalimay and Purdy Surprise in care of Teresa who showed them with great success.  Thanks a million, T! 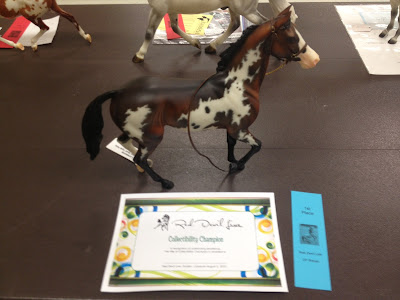 I had a good time at the Red Devil Live OF Breyer show, and I'm glad I went.  However, it's obvious that OF Halter showing is not for me.  Next time I need a live show fix, I think I'm going to expand my horizons in a different direction...  Hello, Wyoming!
Posted by Braymere at 1:20 PM