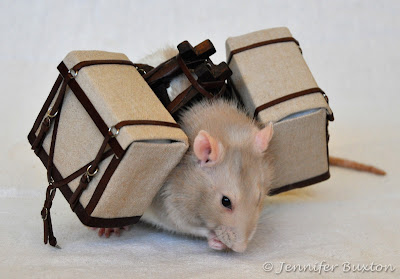 In particular, I have problems with paper.  Old magazines, show programs, catalog pages, Breyer box manuals--all these things and more are tucked into closets and corners all over my house.  Given this fact, it should come as no surprise that my recent studio cleaning uncovered a myriad of almost forgotten treasures.  This L.E. Ross Huntseat Saddle Instruction booklet was part of the bounty. I bought this booklet in 1993 as part of a Huntseat Saddle kit that also included a metal saddle tree, cast stirrups, various types of leather, resin panel inserts and photo etched buckles.  I was expecting something similar to Rio Rondo's Western Saddle kit, but unfortunately, that was not the case.  The saddle supplies were fine, but the instructions were both overly complicated and inadequately described, and the pictures accompanying the text were dark and hard to see. 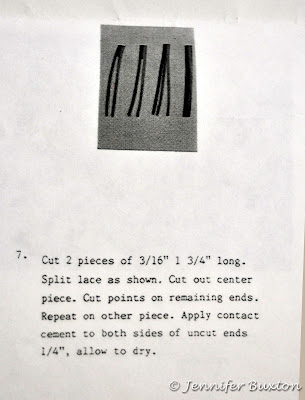 I set the kit aside in disgust and didn't actually put it together for another two or three years. 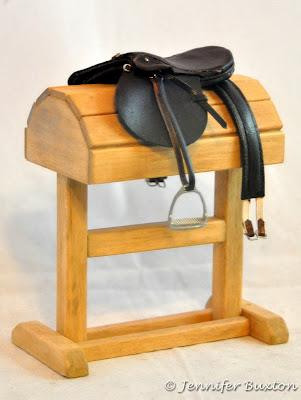 Even then, I didn't follow the instructions very closely.  I redrew most of the pattern and used some pre-dyed leather I'd bought from another source. 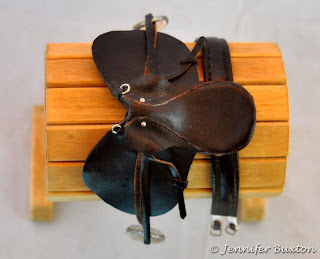 The resulting saddle turned out ok. 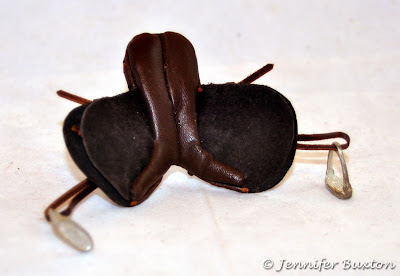 I used it for photo shows all through the 1990's and even had some success with it in the live show ring. 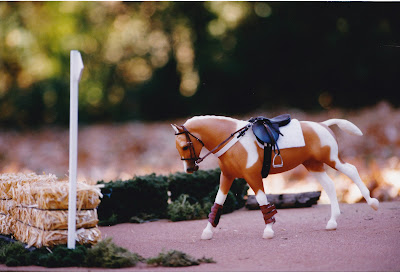 I didn't make another English saddle until late 2003.  Unlike the L.E. Ross kit saddle, that was not a one off.  Instead, it was the first of a long series that stretches into the present day.  Because of that, I always consider the 2003 saddle to be the first.
Still, part of me will always remember that there was another first--a first first you might say.  It's not fancy and it's nothing to brag about, but I'm a pack rat and this saddle and its accompanying instruction booklet are a treasured part of the permanent BCS collection.
Posted by Braymere at 6:47 PM