When I was a kid, I never played with dolls.  Toy humans held little interest for me--I much preferred stuffed animals and Breyer horses.

I did make an exception, however, in regards to my sisters' Best of the West action figures.  Unlike most dolls, these were designed to sit on a horse.  The adults were too big for anything but our Marx models, but the kids were small enough to ride my Breyers. 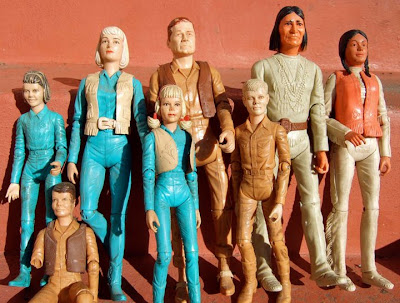 When I was a bit older, Breyer released the first Brenda doll.  Naturally, I had to have one.  She didn't sit as well as the Marx dolls, but she fit the models better. 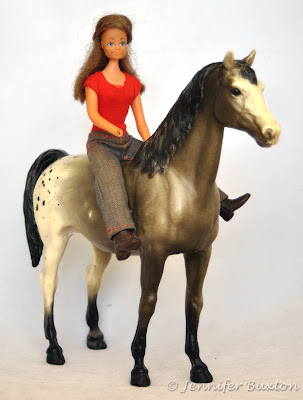 As I grew older, my focus shifted from playing with my horses to showing them.  Since dolls weren't mandatory for performance, I was happy to leave them off.  After all, most of the dolls of this era were pretty scary.  Plus, I didn't want to cover up my tack!

Time passed and eventually I started to rethink that position.  As much as I wanted to deny the obvious, I had to admit that performance entries without riders looked unfinished, unnatural and kind of lazy.  I started trolling eBay for cheap, used rider dolls.  Some of those early purchases showed quite well for me... 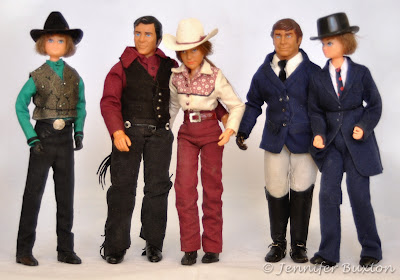 but others were fairly frightful! 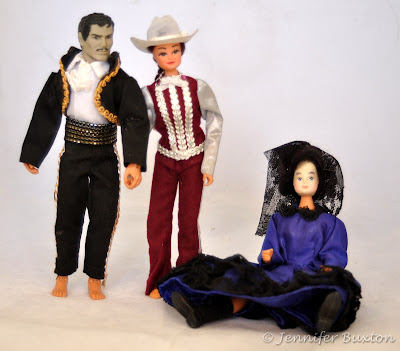 I cheered when Breyer introduced a new fully-jointed version of Brenda.  This doll sat so much better than the old dolls.  My first two "new Brendas" were a pair of Western dolls dressed by Traci Durrell-Khalife.  True to form, I bought them secondhand in the early 2000's.  Although they're a little worse for the wear now, they helped me win a lot of prizes back in the day. 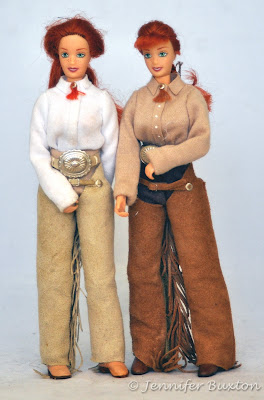 My first venture into custom ordering dolls resulted in these two English girls made by Scottish artist, Karon Grieve. 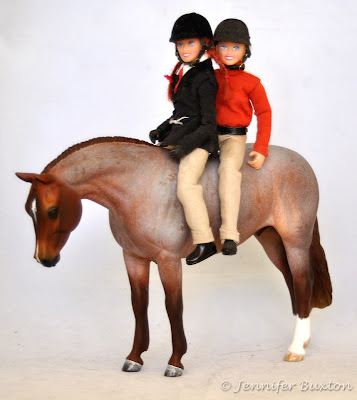 After that, the floodgates opened and dolls began arriving at an alarming rate.  Currently, my collection includes dolls by Kim Jacobs, 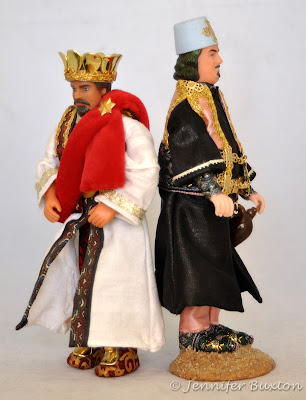 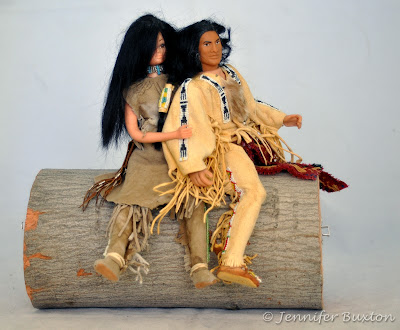 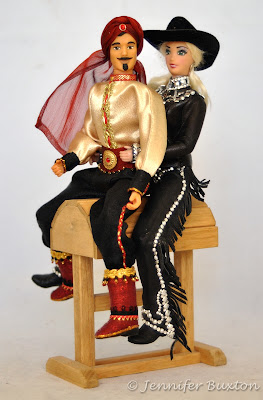 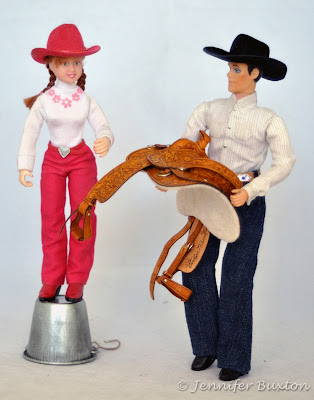 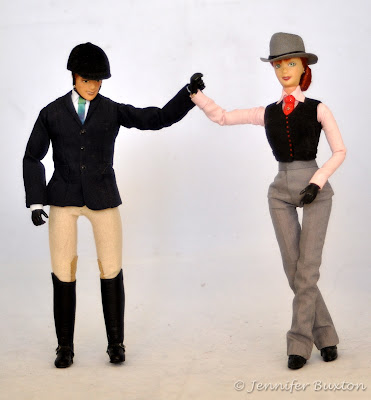 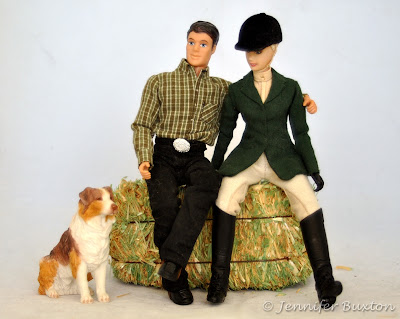 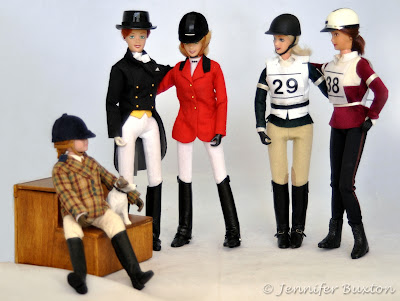 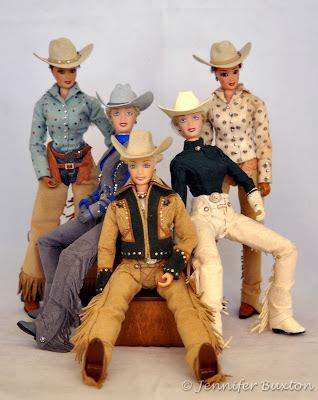 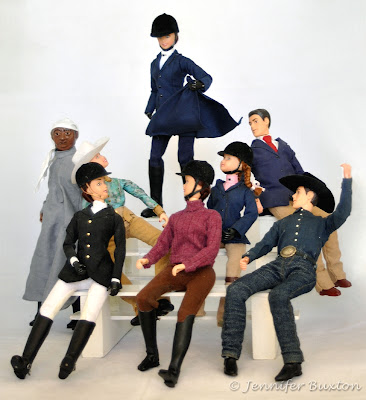 Who would have ever guessed that a girl who didn't like dolls would own so many of them as an adult?  Life is funny sometimes!
Posted by Braymere at 12:34 PM