Vicky Norris wasn't the only shower using BCS tack at last weekend's Lone Star Live show in Fort Worth Texas.  Here's a look at a few of the other entries wearing my work.

First up is Christie Partee's customized Lone Star resin.  He is wearing the police set that I made for the 2010 NAN auction.  His rider, Officer Joe, was dressed by Jane Schneider, and the police barrier was made by Jerry Lynn Rice. 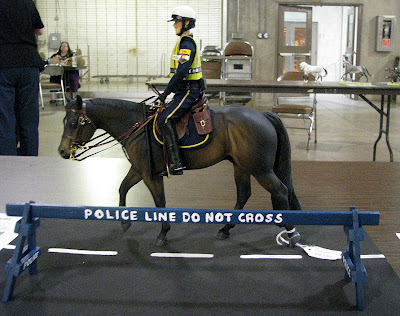 The next two entries belong to Kellye Bussey.  The Charro set was made in 2010, and is paired with a doll by Joan Yount. 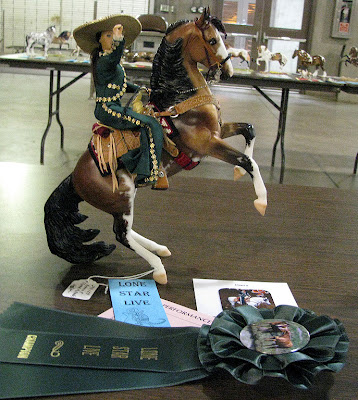 The Gaucho set is of more recent origin, having been built this past January.  It is also shown with a Joan Yount doll. 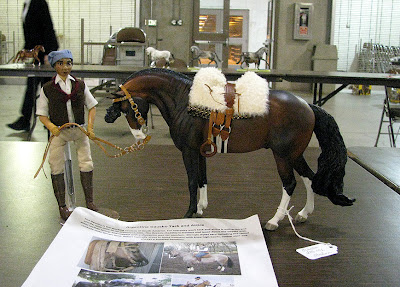 It's always a pleasure to see my tack in the show ring.  Thanks to Vicky for sharing the photos, and to Christie and Kellye for making my work look so good!
Posted by Braymere at 4:12 PM