In the summer of 1991, I attended the AHSA/Millers Hunter Pony Finals in Asheville, North Carolina. This was one of my first shows on the A show Hunter/Jumper circuit, and I was absolutely blown away by the parade of beautifully turned out, high dollar ponies. 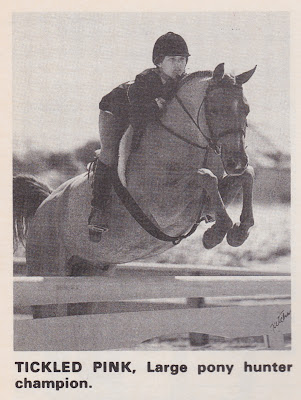 The winner of the Large Pony Championship was a strawberry roan gelding named Tickled Pink. He was  ridden by Liza Towell (now Liza Boyd), whose riding was as good then as it is now. I was already familiar with this pair, having watched them compete at several shows earlier in the summer. Together, they became my personal gold standard for a top flight hunter pony duo.
A couple decades later, my friend, Sheila Bishop, released a resin edition of a sport type pony with hunter braids. Naturally, I asked her to paint one for me. 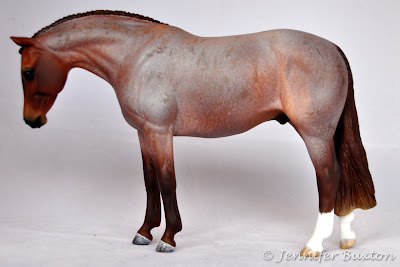 I didn't have to think twice when she asked me what color I'd like. As far as I was concerned, there was really only one choice--strawberry roan. 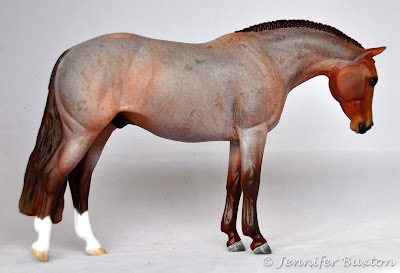 Yesterday, I drove to Johnstown to pick up my roany pony.

Sheila's roans are always special, and my new pony is no exception.  He is absolute perfection from one end... 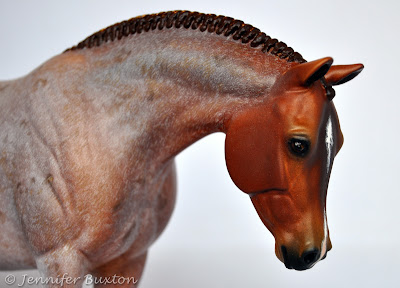 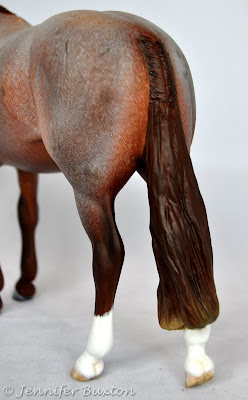 There's no doubt about it--I am Tickled Pink with my new addition.  Thanks a million, Sheila!
Posted by Braymere at 11:24 AM

Labels: my horse life, my resins