More tack at the US Cavalry Museum

Although no saddle is as closely associated with the United States Cavalry as the McClellan, that was not the only saddle used by American army troops.  Today's post showcases some of the non McClellan saddles in the U.S. Cavalry Museum's impressive saddlery collection. 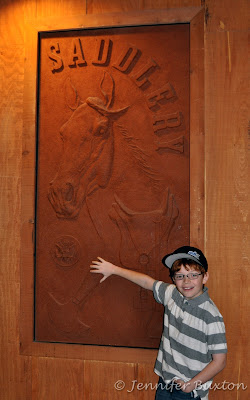 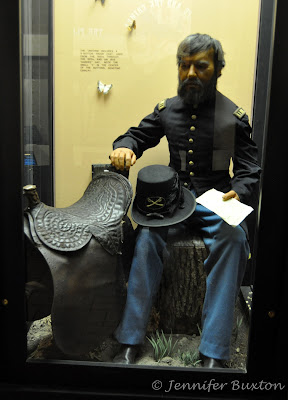 The information accompanying it read: Many officers prior to the Civil War chose to select their own saddles.  The figure shown here is an officer around 1858 with what was called an "eagle saddle."  This saddle is typical of a private purchase, and was used from the 1830's through the 1870's. 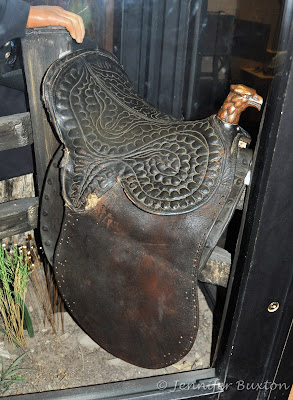 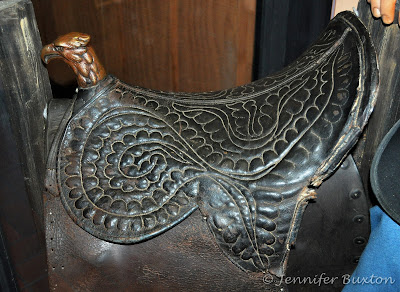 I think mostly he liked the bird! 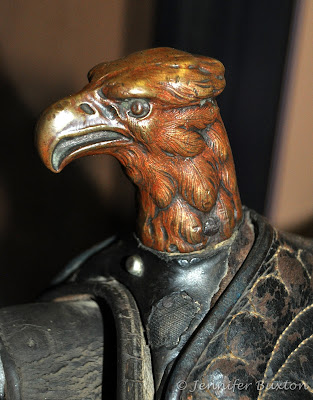 Another display highlighted some experimental saddles. The first is the Whitman.  Per the signs:  The Whitman was experimental from 1879 to 1905.  Two models were produced: one with a saddle horn and one without.  The Whitman influenced the 1885 McClellan saddle, which incorporated many of the improvements intended for the Whitman. 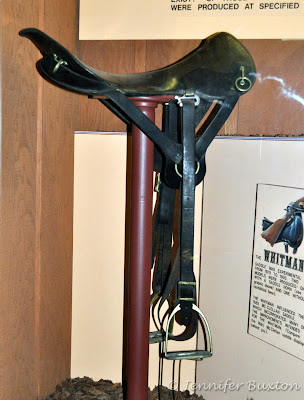 The Whitman saddle was preferred by many officers for garrison and dress ceremony, but they found that campaigns required the proven quality of the McClellan.  The Whitman saddle introduced changes in the tree construction and changed the fabric of the cincha strap from cloth to hair. 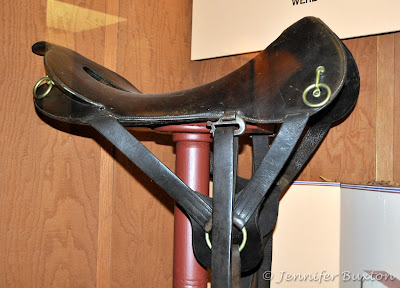 The next experimental saddle is the Model 1812.  This saddle was deigned to replace the McClellan and was produced from 1912 to 1918. 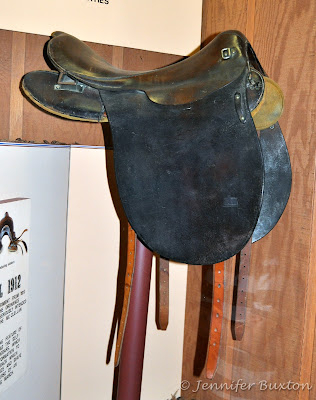 An outstanding feature of the M-1912 was the self-adjusting sidebars, which allowed conformation to the horse's back which changed in size and shape over an arduous, long march. 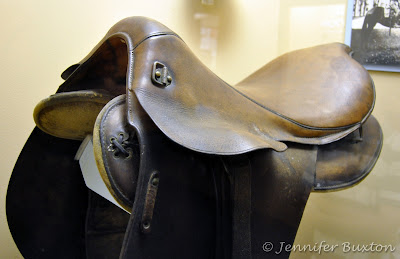 The Model 1912 had removable pads so that thickness could be added to or cut away to adjust for cuts or sores on the horse while on the march.  Nickel steel stirrups needed only wiping with an oilcloth for maintenance.  Complete sets of equipment were adopted including halter, bridle, rifle and sabre carriers, and a combination picket pin and entrenching tool (shovel, axe, pick). 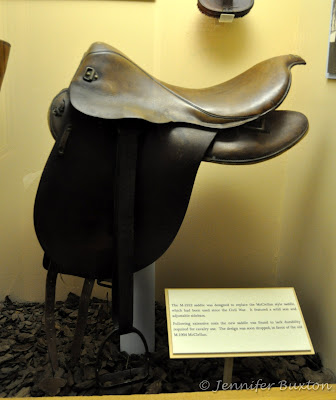 Following extensive tests, the new saddle was found to lack durability required for cavalry use.  The design was soon dropped, in favor of the old M-1904 McClellan. 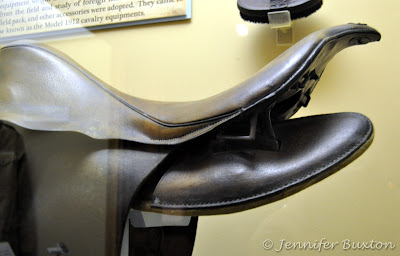 The Chemical Protection tack was another favorite of James. 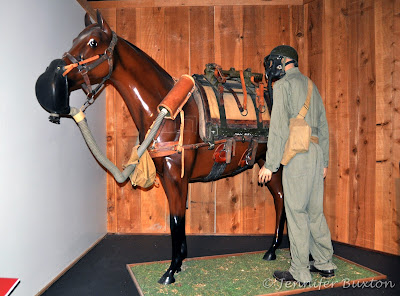 In fact, he made a point of telling me that I should make this is model scale. 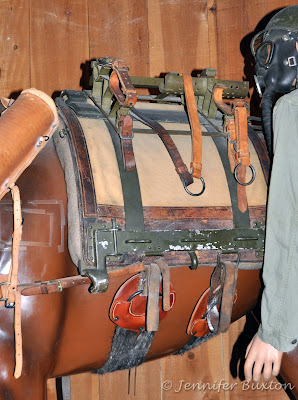 Here's a look at the sign accompanying this display. 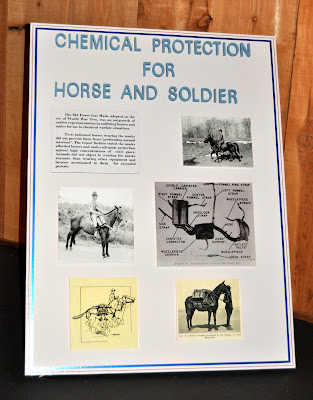 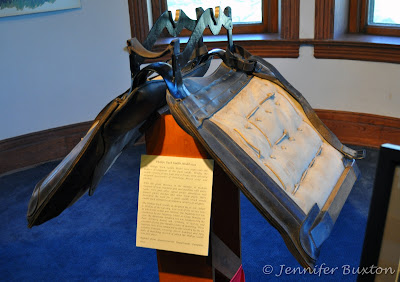 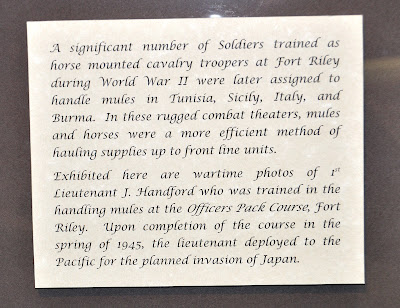 This concludes my tour of the inside of the U.S. Cavalry Museum.  I hope you've enjoyed this celebration of American military tack!
Posted by Braymere at 10:01 AM