One of the most spectacular offerings in the 2011 Old West Show and Auction was this Ted Flowers Texas Star parade set. 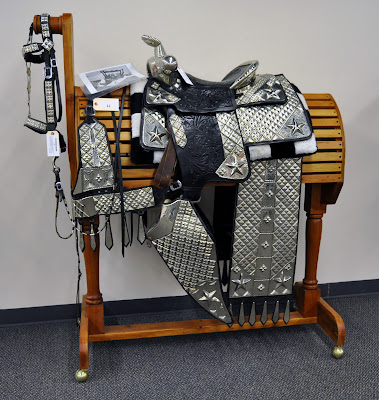 Ted Flowers was one of the most prolific and best known parade saddle makers of the last century. Based in Indiana, he was most productive in the 1950's and 1960's, and his saddles were very popular among contestants showing in the Parade divisions at Saddlebred, Morgan and Palomino shows. 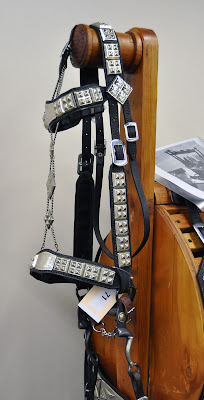 Like so much of Ted Flowers' work, this set features monel plating.  Monel is a nickel alloy containing copper, iron and manganese that is highly durable and resistant to corrosion.  The Texas Star pattern is one of the hardest to find and most desirable of the Flowers patterns. 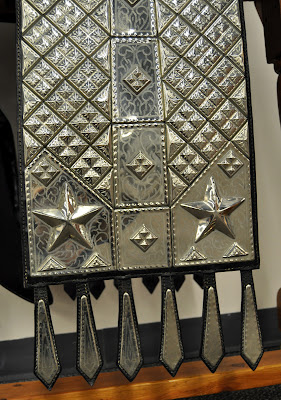 A few construction details for the model tackmaker--unlike the Bohlin set featured in last year's auction, the serape buckles onto the saddle underneath the corona pad. 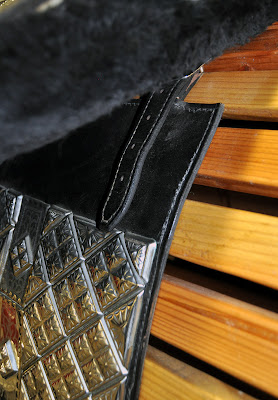 The stirrups are attached to the fender via a swivel and are covered with twenty eight inch tapaderos. 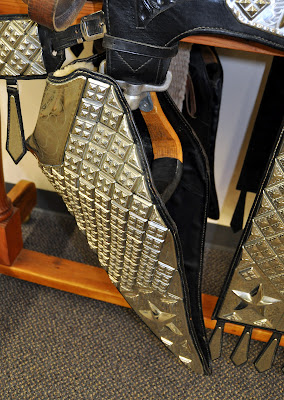 The inside of the tapadero is lined with sheepskin. 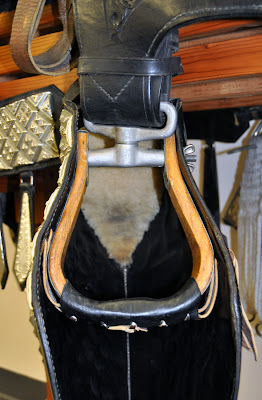 This beautiful parade set sold for just $5,500.  Compared to its sterling silver covered counterparts, that's a real bargain!
Posted by Braymere at 8:50 AM