A brief history of BCS

My first foray into the world of model horse tackmaking came in 1981. I was inspired by this article in Just About Horses. 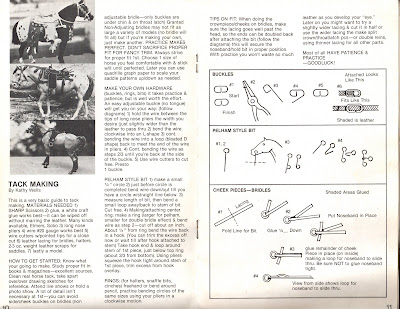 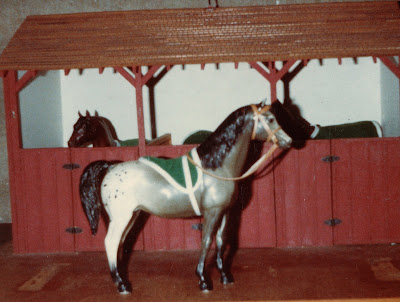 Almost a decade later, I discovered Rio Rondo. I immediately bought and assembled a saddle kit. 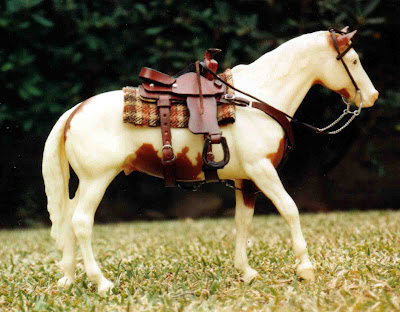 It didn't turn out exactly as I'd hoped, but I enjoyed putting it together. I saved my pennies and bought a halter kit plus a few additional supplies. I made several halters and bridles which I used for photo showing. 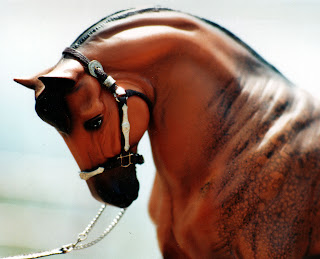 And then... life got in the way. I graduated from college in 1991 and spent five years living and working on the A show hunter/jumper circuit. I didn't forget the model horse hobby, but it took a backseat to my other pursuits. It was probably 1995 or 1996 before I made another saddle. This was based on a LE Ross kit, but I made several significant modifications. 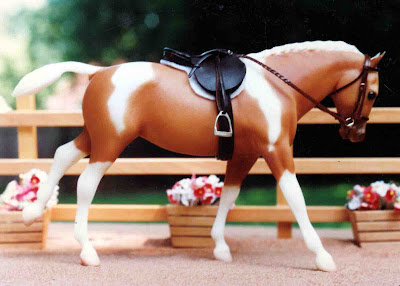 I also made a couple more Rio Rondo saddles during this same period.  I think this was the third. 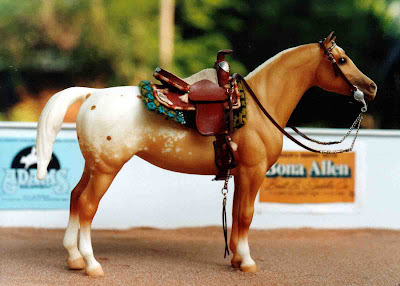 My husband and I moved to Colorado in 1998, and I went to my first live show in 1999.   I was hugely inspired by the what I saw there and began to take my hobby a little more seriously. I bought Susan Bensema Young's tackmaking book and learned a bit about braiding... 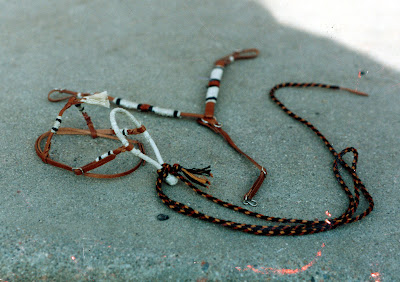 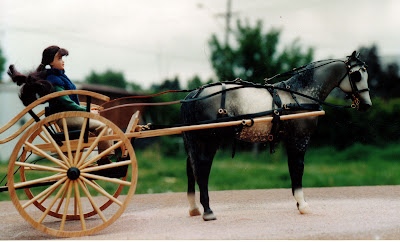 I also made another Western saddle or two. 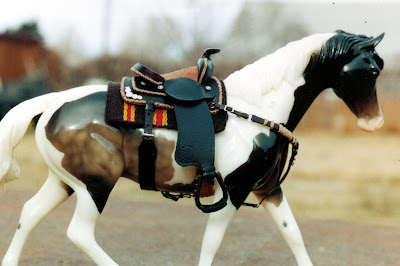 My real interest, however, was English saddles. I started making those in 2003 or 2004. 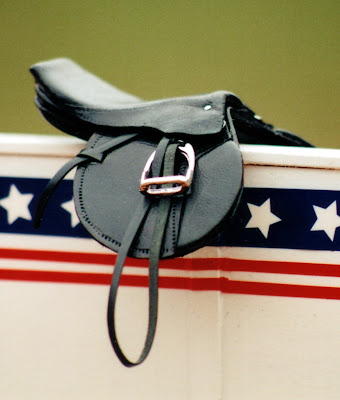 The first few weren't very good, but I am nothing if not persistent. 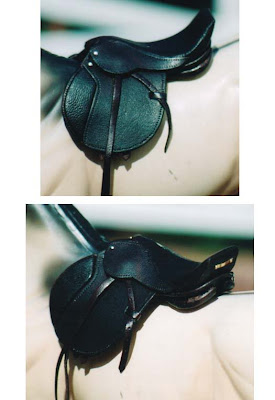 It wasn't too long before my saddles were doing well in the show ring. 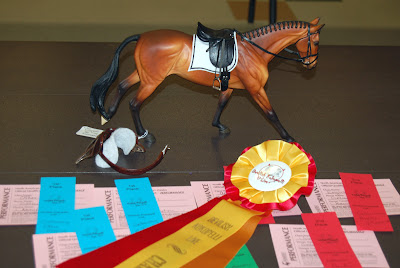 It's hard to believe, but it's been almost thirty years since that first bridle. Who'd have thought that one little article would have ignited such a lifelong passion? Here's hoping the next thirty years will be just as enjoyable!
Posted by Braymere at 6:01 PM