Pictures from live shows past

I moved back to Colorado in the summer of 1998 and attended my first live show the following March. It was a small "fun" show held in a school cafeteria. There were no NAN cards and nary a single resin on my table--just a bunch of common OF's and a few small tack items for sale. 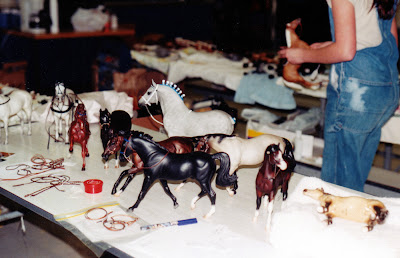 The fun show had a small performance division. This is Jane Schneider's QH1 Ronin showing in the Working Western class. 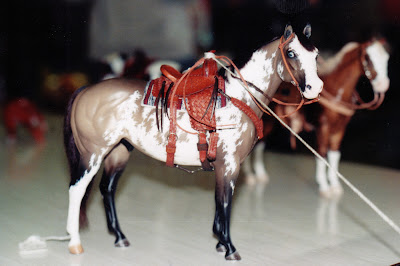 My first NAN qualifying show was the 1999 Rocky Mountain Model Horse Expo. This was held in conjunction with the real horse Expo at the National Western Stock Show Complex in Denver, Colorado. Here's a look at the OF China/Resin Pony class. That's my Beswick Highland Pony over on the right side of the picture. 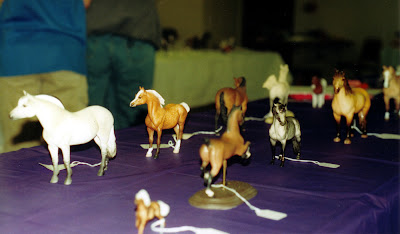 Not surprisingly, all my other pictures are from the Performance Division. This is Jane's Ronin showing in the Native American Costume class with his travois. 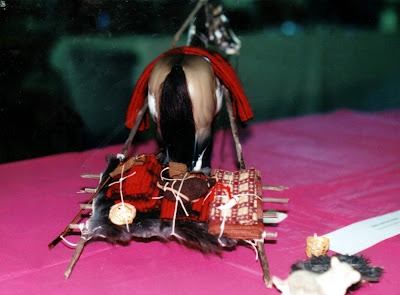 A National Show Horse in the Jumper division? Why not! 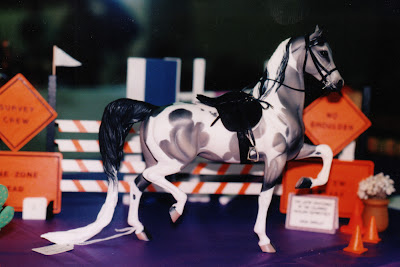 Another QH1 resin--I believe this one belongs to Terri Daniels. 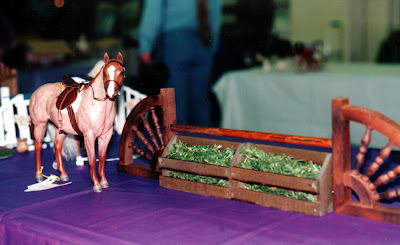 The horse in this photo is very out of focus, probably because I was more interested in the jump than the model itself. It's a very cool jump--even eleven years later! 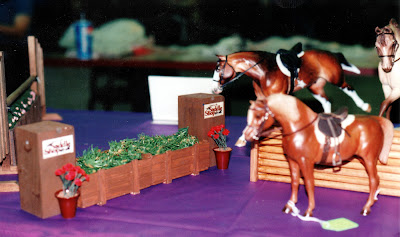 No idea who this Appaloosa belonged to, but I'm pretty sure that's Kathleen Bond saddle. I have one just like it but dark oil. 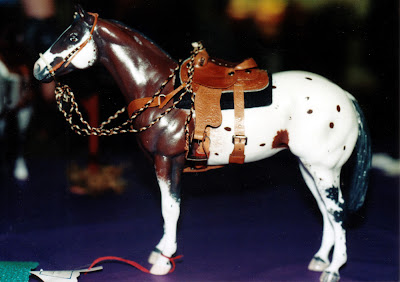 My friend Trish used to be model horse person, and this was her entry in the Collector/Theme class. 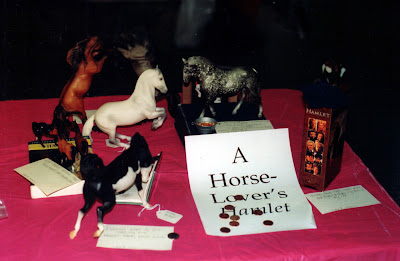 About what you would expect from a high school English teacher! 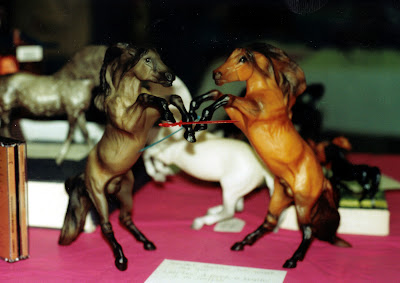 These last two photos are from a different show--maybe the 2000 edition of the Rocky Mountain Model Horse Expo? The first is a stablemate scale Western Trail horse that was owned by the late June Westenbarger. June was one of my very first tack customers. She passed away in 2003. I still miss her. 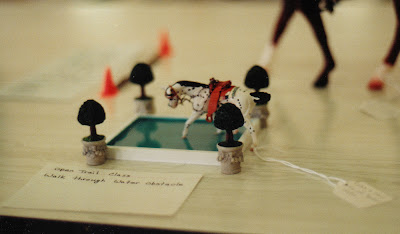 Before Jane Schneider started dressing dolls, she built some very nice jumps. I think this one may have belonged to June, but I remember wishing that it belonged to me! 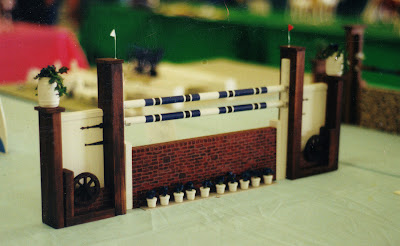 Oh, this all seems like it was such a long time ago! Hope you've enjoyed this little stroll down memory lane as much as I have.
Posted by Braymere at 2:01 PM