I'm going to borrow a phrase from solitairemare and say that I am ambivalent about 2009. It wasn't a great year and it wasn't a terrible year. There were a few days that were absolutely wonderful and a whole month or two I'd like to forget. Perhaps the best words to describe the year are eventful and never boring.

I am also ambivalent about whether or not I achieved my hobby goals for the year. Here is a passage I posted to this blog a year ago today:

My number one hobby goal for the year ... is to step outside of my comfort zone. I do not want to make 34 English saddles in 2009. I want to make at least one Western saddle and a sidesaddle of some sort and a Mexican saddle and a Portuguese saddle and... Well, you get the picture!

I did make a Western saddle... 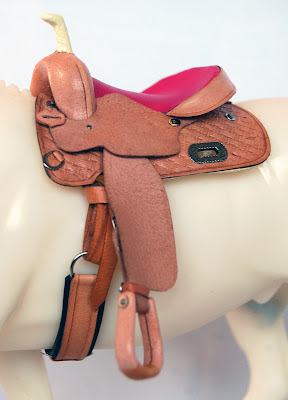 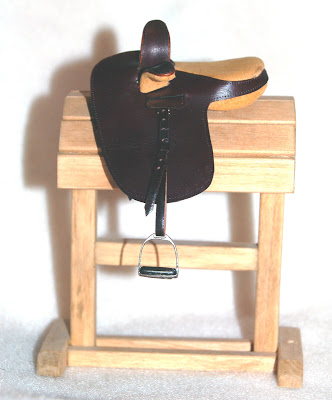 Unfortunately, however, that was about it for new and interesting. Mostly I made lots of English saddles. Again. 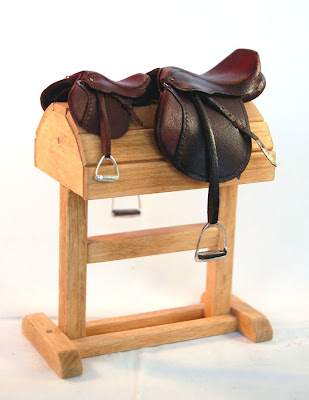 
As far as showring success goes, 2009 was a very good year. 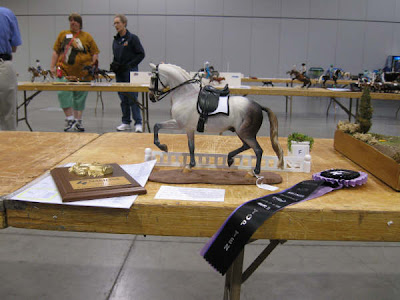 Although I didn't make the trip to Portland in June, Braymere Custom Saddlery was well represented at NAN. As best as I could tell, my tack was part of five Championship entries, two Reserves and at least six Top Tens. 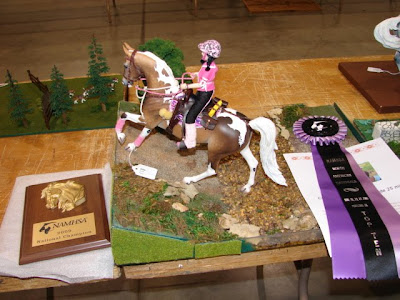 On the home front, this 2009 was... not my best year ever. It wasn't the worst, though, so I guess I can't complain too much. Here's a look back at one of the happy moments: 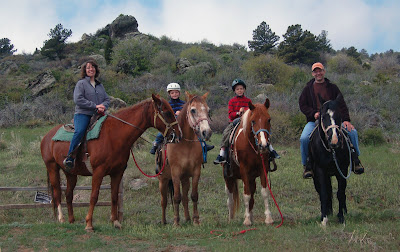 Here's hoping that we all have a great 2010 filled with tiny saddles and plastic ponies. Happy New Year, everyone!
Posted by Braymere at 12:34 PM