I received some very sad news late yesterday. Cara's favorite mare, Miss Allison, colicked and had to be euthanized. 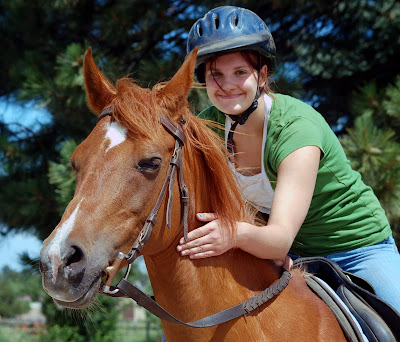 Allison was an accomplished show horse in her youth, having won at least one Reserve National Championship. I don't know many details on that--I believe it was some kind of a youth saddleseat title, but I'm not certain. Honestly, I don't care much. By the time I met Allison her showring days were long past. 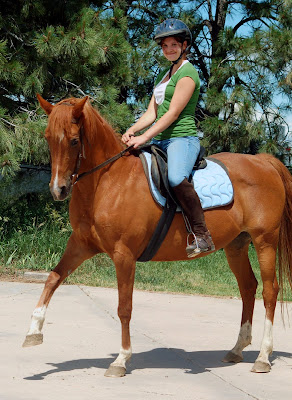 Her next career was that of broodmare. Allison had five foals of her own, although the last, Daisy, was born to a recipient mare via embryo transfer. 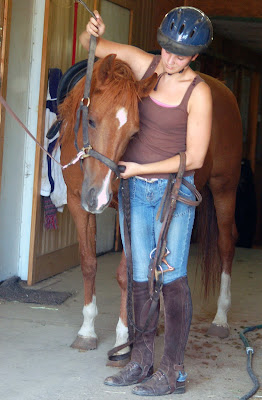 The last couple years of Allison's life were spent in semi-retirement, chilling in the pasture and teaching Cara how to ride. I think Allison enjoyed this very much. She was a bright, cheerful, bouncy ride and would happily stand for hours in the cross ties allowing herself to be groomed and spoiled. 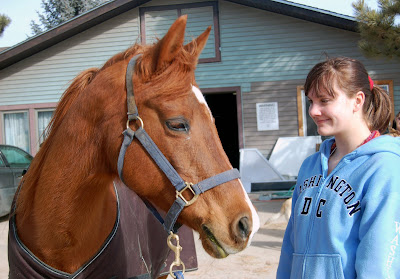 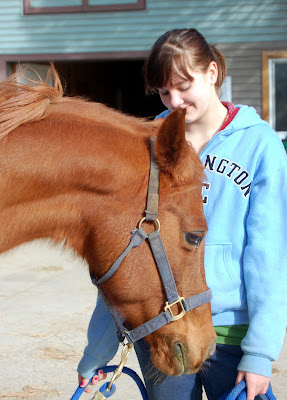 Hanging out in the pasture, but still hoping for cookies! 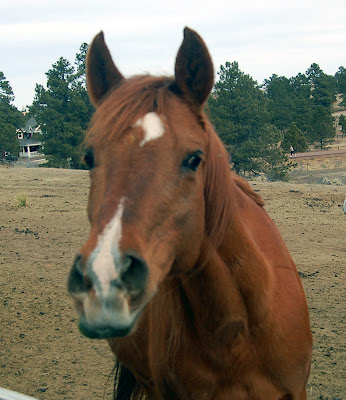 Because she was Cara's favorite, I took lots and lots of pictures of Allison. 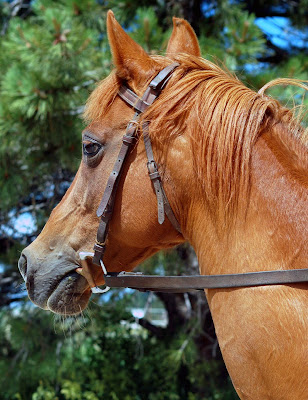 Or sometimes just parts of Allison... 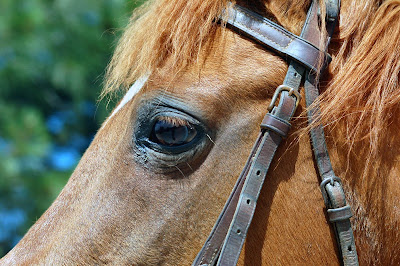 Hanging out in the pastures with her friend Callie. 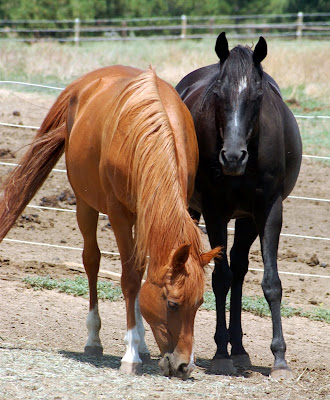 As I mentioned earlier, Allison is survived by her five "children" and three (so far) "grandchildren". Here's a quick look at her beautiful family. First up is daughter Pixie with granddaughter Iris. 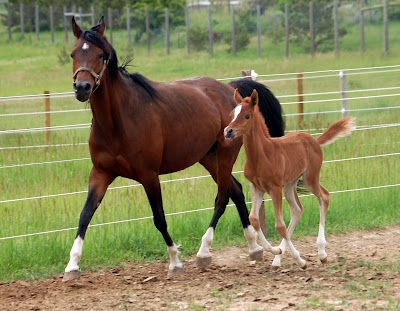 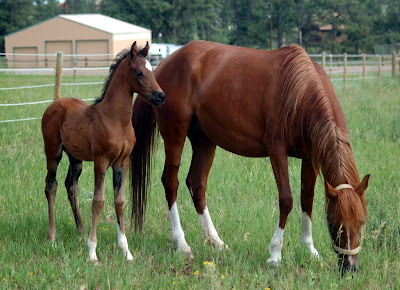 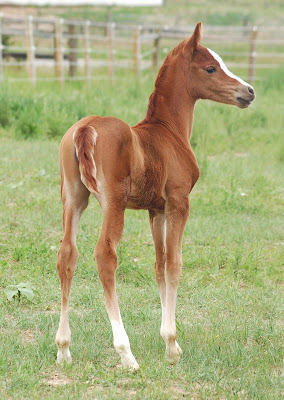 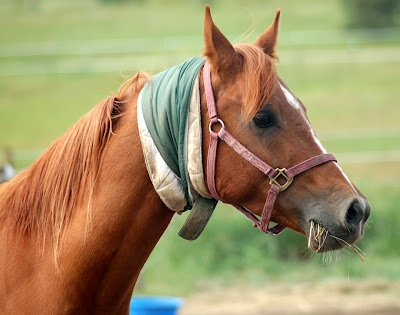 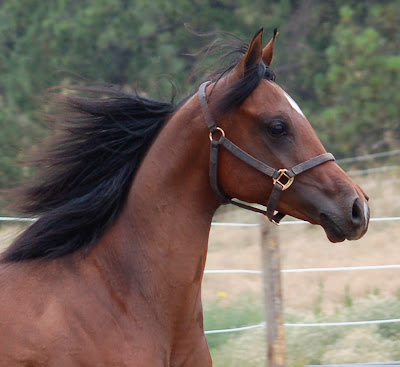 One last picture--this is Cara leading Allison back out to the pasture after another happy ride. 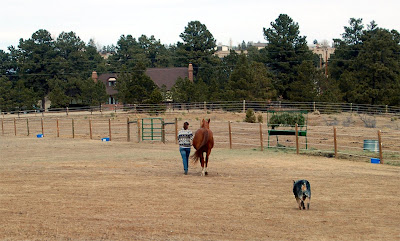 Godspeed, Allison. You will be missed.
Posted by Braymere at 9:14 AM