When I was nine years old my mother told me I had too many model horses and she wasn't going to buy them for me anymore.

Unfortunately for me, she meant what she said. From that point on, if I wanted a new model I had to buy it myself. Sure, there were occasional Breyer gifts from nonfamily members, but mostly I was on my own as far as model acquisitions went.

It's still that way. I never ask for models for Christmas. I'm no longer interested in Breyers from the hobby shop, and on the whole, I think it's better if my husband doesn't know how much most resins cost. If I want a new horse, I save my pennies and buy it myself.

That doesn't mean, however, that I don't want something horsey under my Christmas tree. Towards this end, I usually sign up for at least one hobby related Secret Santa gift exchange. This year I chose the "Esoteric Elf" exchange held over at the Watering Hole (http://plasticponychat.com/forums/).

Yesterday I received this box in the mail. 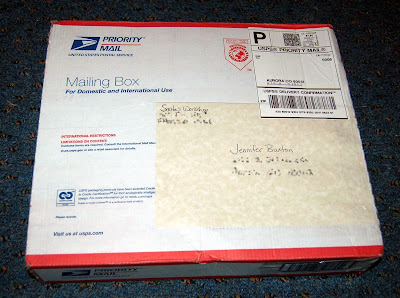 Inside the box was a pile of presents... 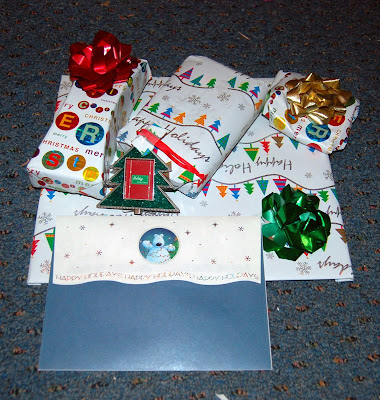 all of which were quickly unwrapped. I didn't even think about waiting for Christmas day! Sometimes it's fun to be nine again, even if just for a minute or two. 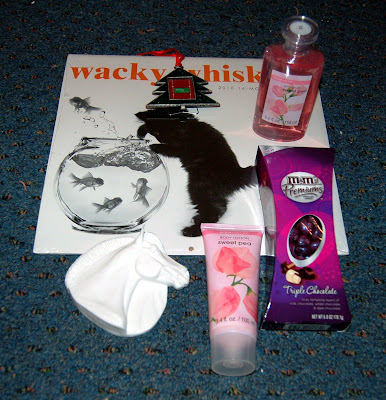 Here's a better look at the medallion. I regret that I do not know the official name of this piece, but it's a Fjord sculpted by Sonya Johnson. So cute! 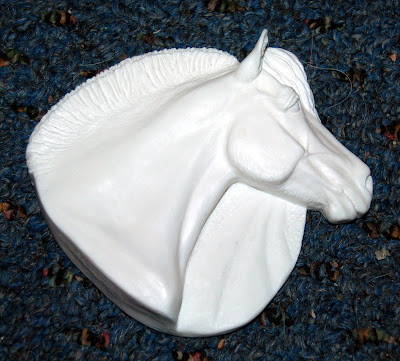 Thank you so much to a most wonderful Esoteric Elf--Melissa Sage!
Posted by Braymere at 9:21 AM