I save the day

Anne Field is an accomplished performance shower. She doesn't need anyone to save her. 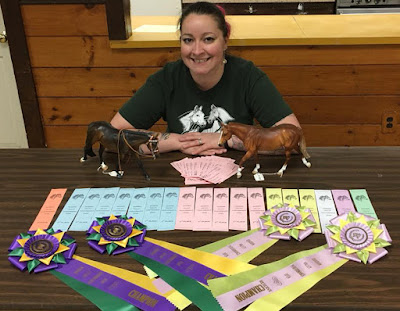 She is perfectly capable of winning at the highest levels, as she proved this weekend at Quabbin Valley Performance Open (QVPO) in Spencer, Massachusetts. 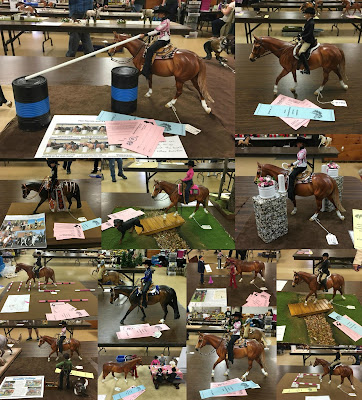 That said, even the best showers need to lean on their friends sometimes. In this case, Anne was trying to get a few more NAN cards to qualify her Loping Leggs resin, Mocha Latte for a NAMHSA merit award. To that end, she asked me if I could make her a vaulting surcingle, and could I do it before the show. The first question was an easy yes. The second was a little harder, mostly because I waited until the very last minute to start on her tack. Still, I got it done and delivered just in the nick of time. Hurray! 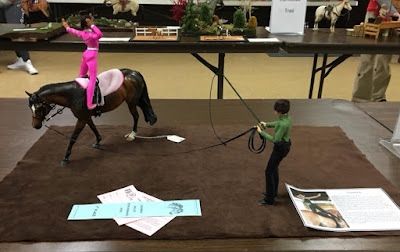 I also lent her my awesome dragon costume by Tiffany Purdy, and that helped her secure the NAN cards she needed for her award. Double hurray! 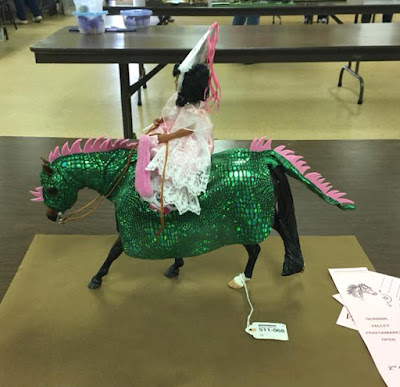 Congratulations, Anne. I had so much fun being part of your team!
Posted by Braymere at 3:21 PM