I've heard people say that it's not BreyerFest until somebody cries, and that was certainly true this year. Everyone in Room 220 cried at some point during the week, but no one had better reason than Sandra. In her own words, here's the story behind the tears.

Some say BreyerFest can be the stuff of legend... let me add to this.

Meet Cats Like Us, a custom Man O' War by one of my most amazing friends, Tammi Palmurchuk. I love this horse. He's the only custom I own and show. 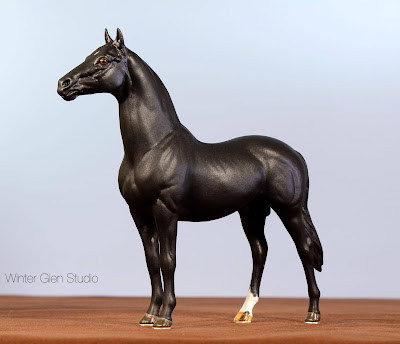 We returned to the hotel after spending all day Saturday at the Kentucky Horse Park.  I glanced around the room, looking for his box and it was not there. The unwritten (written?) rule of BreyerFest, which has happened at this hotel for twenty seven years, is that the staff does not throw out boxes. But his box was gone.

Cue tears. (Mine, not the staff's). Tiffany immediately helped me tear apart the room to look for the box. It still wasn't there. Jennifer came back to the room, and also looked. Then Erin arrived. Still no box. Tiffany exited the room to go speak with the hotel staff, who were unhelpful and refused to believe a box would have been taken. 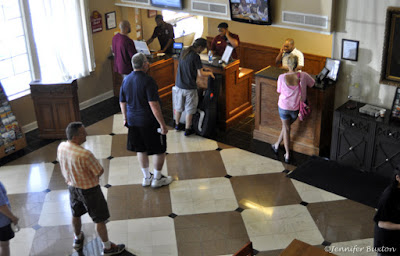 I asked to be alone as I broke down and sobbed into a pillow. It was not my best moment, but four hours of sleep and a day of volunteering had taken its toll. Also, I love this horse. He means so much to me. Erin came back, found me on the couch and asked if I wanted to go for food. Stupidly, I said no, but after a few minutes and breathing exercises I realized that I should probably eat. We went to Cracker Barrel with Melanie, Mackenzie and Jason. I had chicken fried steak with a side of malicious intent/depression.

As I posted on Facebook, you don't know who your friends are until they dumpster dive with you. When we returned to the hotel, we immediately found the dumpster where they break down boxes. We half emptied that dumpster looking for Cats, but all the boxes were smashed and there was no bubble wrap or paper. What we did not realize was that Tiffany had already gone through this bin while we were eating.

We then went to the construction dumpster and searched that. No Cats. It was definitely gross, and by this time, we were all covered in some sort of garbage related debris. I swear I can still smell the juices from those cans. It fell over us in a rain of trash related monstrosity.

Jason took charge and lead us back through the hotel to talk to the front desk. Again, they swore up and down that:

1. The staff would never take a box from the hotel.
2. That day's trash would not have gone out to the bins yet.
3. Cardboard is always broken down.
4. THERE WAS NO WAY THE HORSE COULD BE IN THE TRASH.

Jason asked politely the location of the bins as I did my best not to glower in their general direction. The staff refused to help us look, but eventually they told us where the last garbage bins were located. Jason, Erin, Melanie and I each took a bin and suddenly Jason blurts out "Gibson!" He'd found the box inside a hotel trash bag. Cats was still inside it! I immediately start crying on him. The man is amazing. Thank you so much for your epic eyesight, Jason!

We went back to the room and told Tiffany what happened. Everyone was upset and covered in trash goo, but happy, too, because I had my horse. We washed up and proceeded with the rest of the night's events. 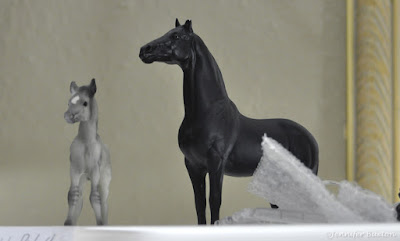 You would think that would be the end of the drama, but no...

The next morning, Tiffany and Erin talked to the manager and he offered to comp us two nights for our trouble. 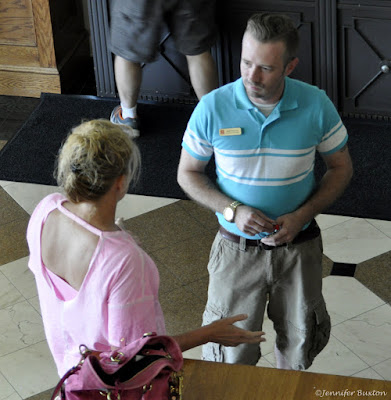 Fast forward to Monday morning - there's no hotel bill under the door. Tiffany went downstairs to request the bill and was told that our room has been covered. AWESOME! THAT'S GREAT.

But... when I stopped by the front desk for a copy of the bill, the clerk said,"Only two nights show up as free. No, we can't get a manager. Blah blah blah."

It was absolutely ridiculous. I honestly thought Tiffany was going to crawl over the desk and go bananas. We did eventually get everything straightened out, but the whole situation was handled extremely poorly by the hotel staff.

Thank you again, so much to Tiffany, Erin, Jason, Melanie, Mackenzie and Jennifer for everything. I am blown away by the fact that I have friends who are so amazing they will literally crawl through trash for me. 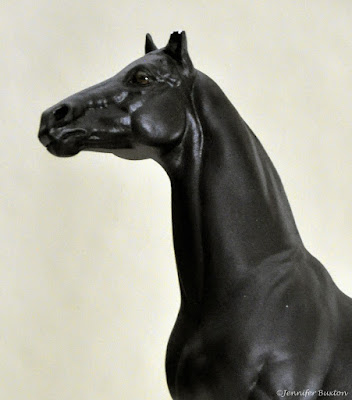 And that's the story of "Cats Like Us". Who is never travelling anywhere. Ever. Again.
Posted by Braymere at 6:01 PM