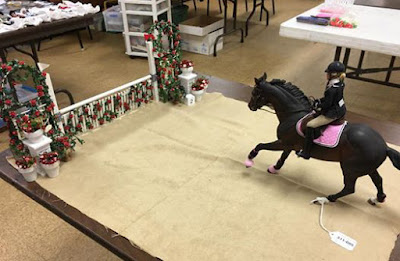 She took Three Day Bender to one show and showed in one class. Then the resin fell over and broke an ear. 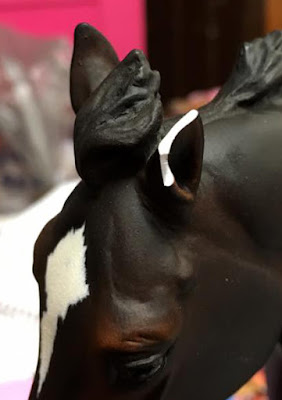 After a ten minute search, Anne was able to find the eartip. 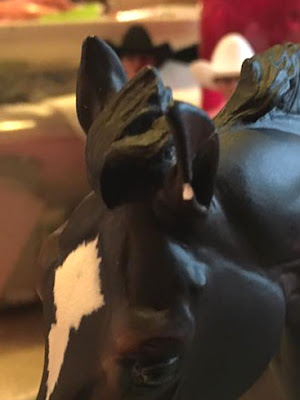 She glued it back into place, filled the missing chip with epoxy, sanded it smooth and added a coat of paint. 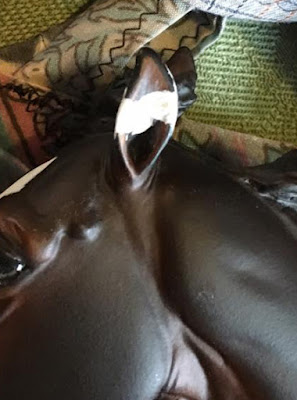 The repair is visible on close inspection, but it's good enough for performance showing, which is important since TRXC was was coming up. 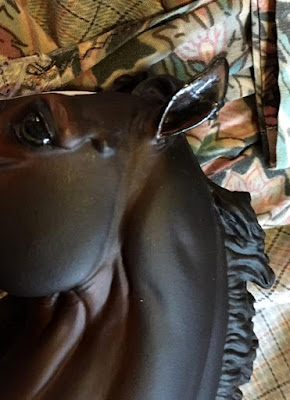 It was around this time that Anne says Three Day Bender decided her barn name was Tippy. Anne agreed. 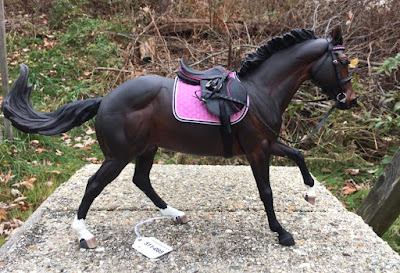 With her repaired ear and brand new Braymere tack, Tippy made her second live show appearance on Saturday. 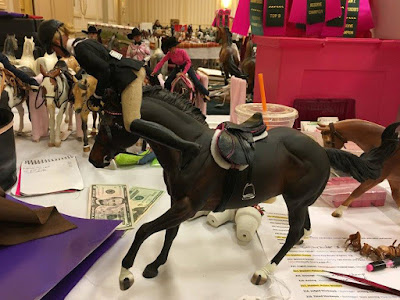 She started the day with a Maiden Action English class. First place! 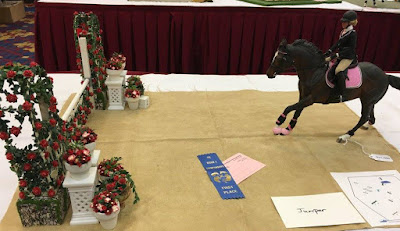 The Jumper Stakes class was next. Tippy won a Reserve Championship! 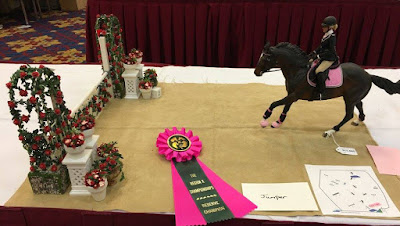 Then it was onto to Maiden Games. Another first! 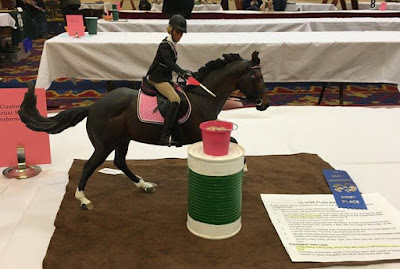 This was followed by the English Games Stakes class. Top Five! 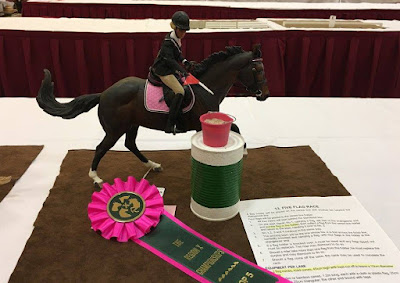 Tippy isn't a picture perfect pleasure horse, but she was good enough for second in the Maiden class and a Top Five in the Stakes class! 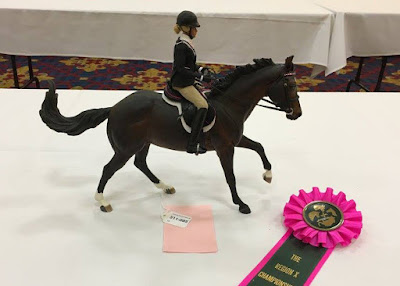 The Maiden Trail class was next. By this time, Tippy was feeling pretty proud of herself, but sadly, she just missed the cut. That third place ribbon means she didn't qualify for the Stakes class. Still, not bad! 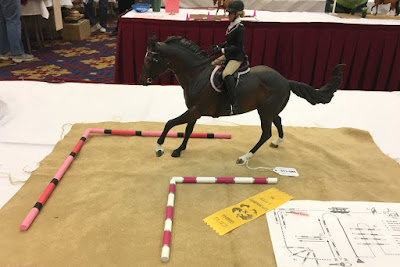 Despite her questionable name and inauspicious live show debut, Tippy has proven herself to be a top notch show horse. She came from TRXC with two firsts, a second, a third, two Top Fives and a Reserve Chamionship! Plus she still has her ear on! 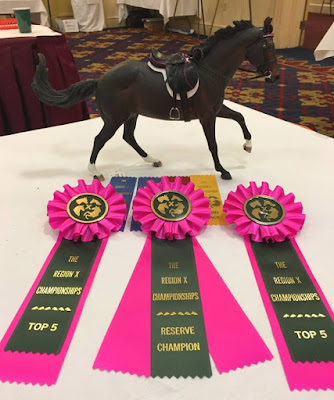