After saddles come saddle pads... which is a problem for me, because I really don't like sewing. Usually, I cop out and make a really basic felt pad, but Rachel Fail has inspired me. She recently posted this tutorial on her blog, and this seems simple enough for even a non-sewer like me. It's on my to-do list for the weekend. I'll let you know how it goes!

I often get asked if I will have fitted English saddle pads available in my Etsy store, and since I don't make them very often (it's impossible to make them fit everyone's saddle correctly), here is a tutorial on my method.  I've made them several different ways, but I find this to provide the closest contact with the saddle, while still providing the smooth rounded pad edges of fleece that still looks to scale.

First, make a pattern on light card stock.  Cut it out making sure it's symmetrical.   Trace it onto the back of a piece of white fleece.  Then, trace the line with a small amount of Tacky Glue. 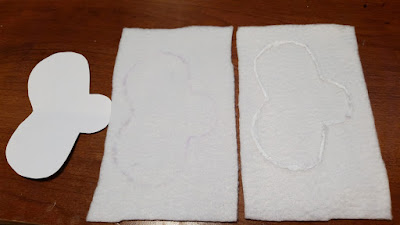 Lay  a piece of flexible cording (I have used a yarn cording) onto the glue: 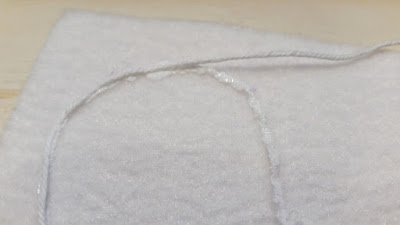 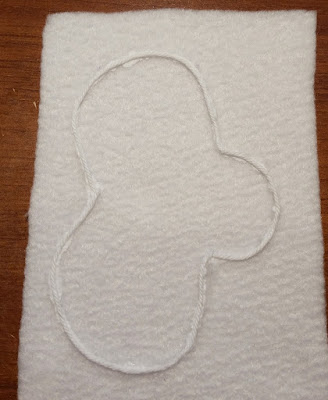 After it's dried, cut out the pad, leaving 1/4" of fabric on the outside of the cord. Then clip half way to the cord, every 1/4".  Sew each "tab" down to the underside of the pad, grabbing a small amount of the fabric on the pad underside. 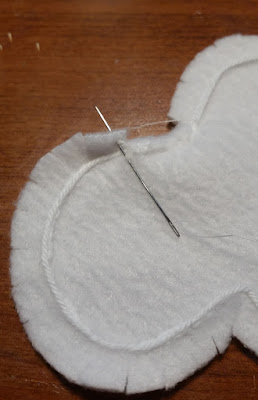 You can snip small wedges out of the tabs, especially at sharper curves to reduce bulk. 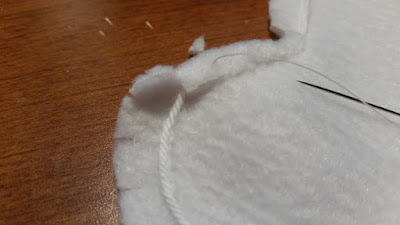 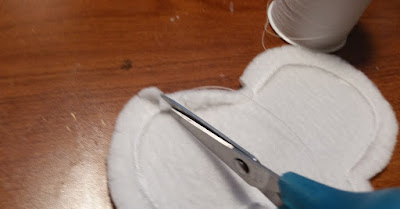 Then fold the pad in half, the underside out, and sew a small curve to match the horse's back. You can use a machine for this: 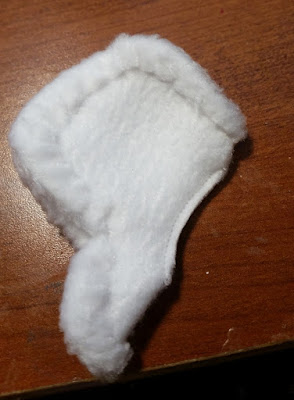 Unfold, and place under your favorite saddle! 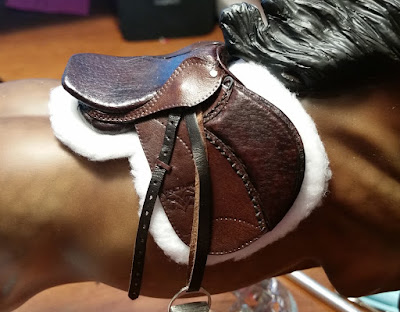 The single layer of fleece will compress under the saddle for a close fit, with the thicker and round edges of the pad giving the appearance of a nice thick pad you'd put on your horse. 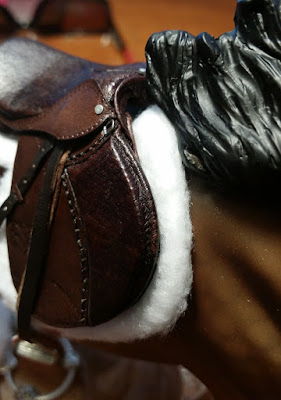 Stay tuned for a tutorial on making a breed show type saddle pad. Until then, happy tack making!
Posted by Braymere at 4:58 PM