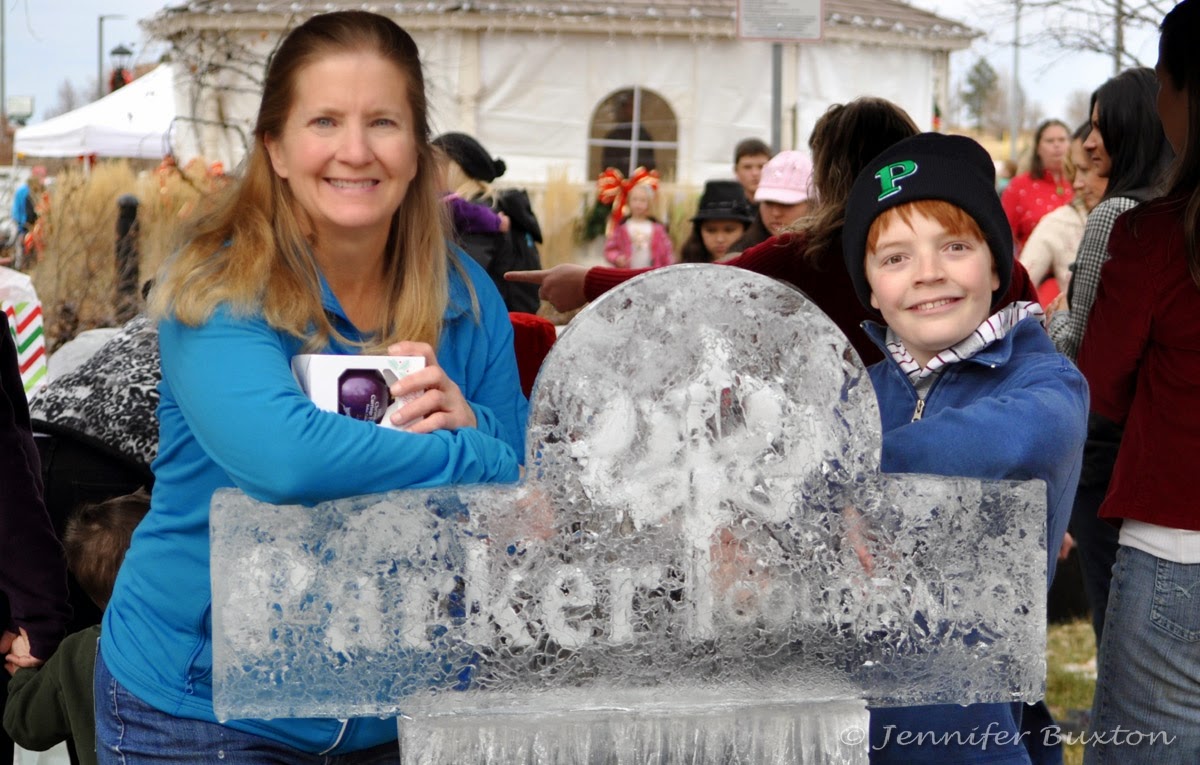 Due to a small kitchen fire, we arrived later than planned.  We'd barely found a spot along the parade route... 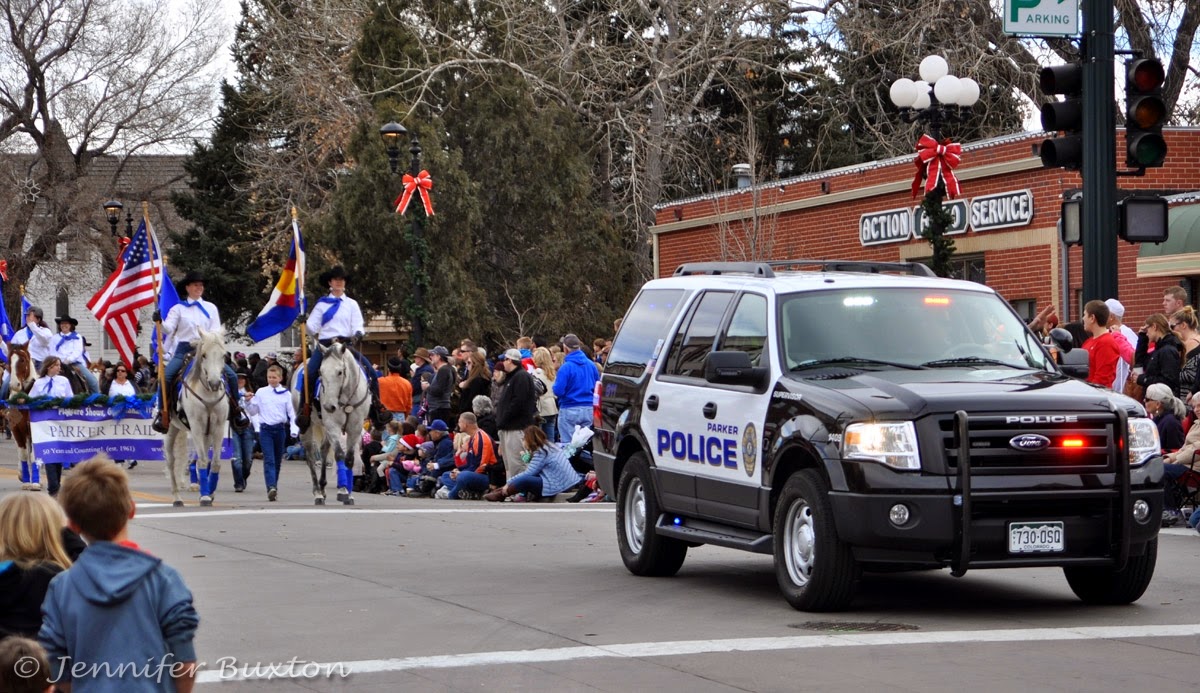 when the first horses walked past! 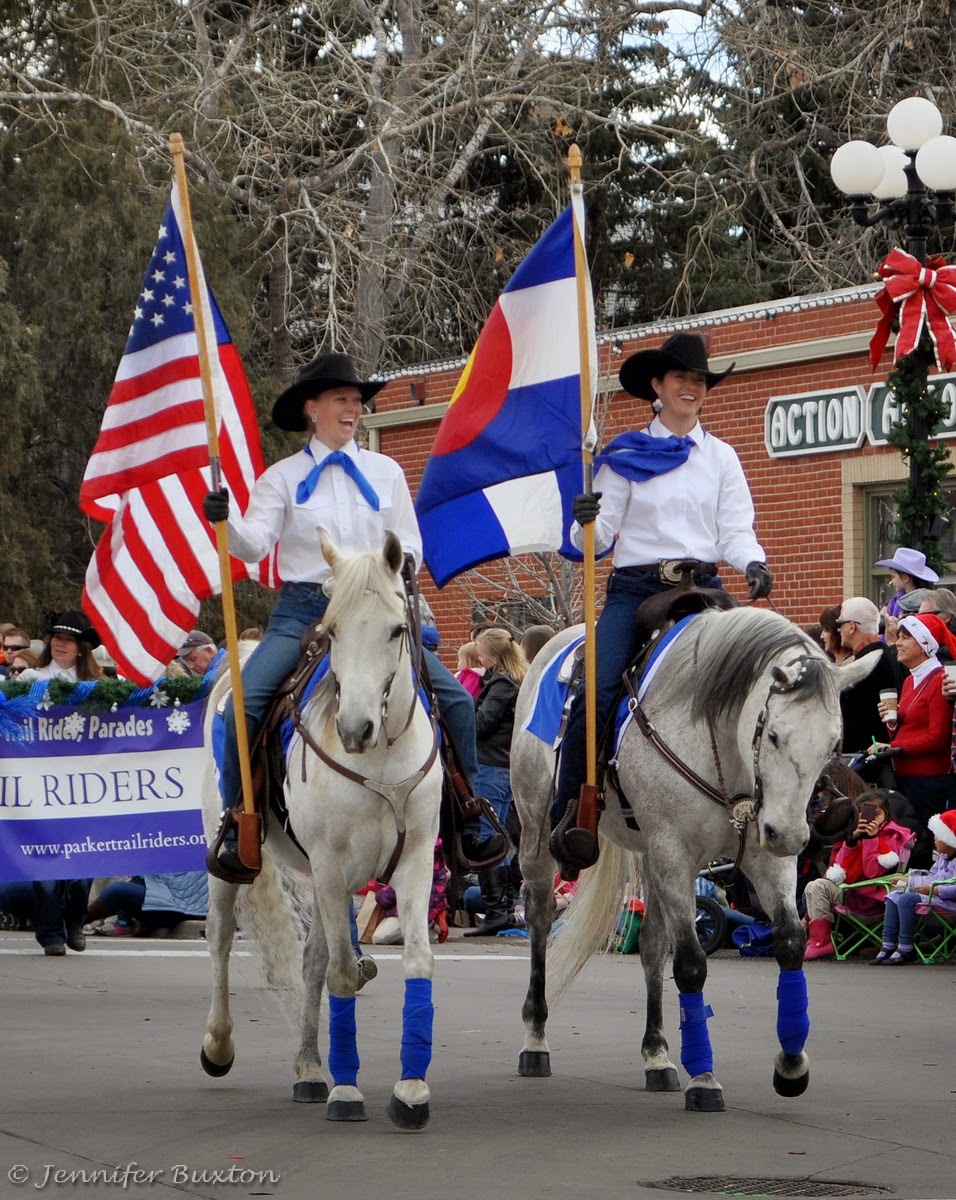 This is a "carriage parade"... 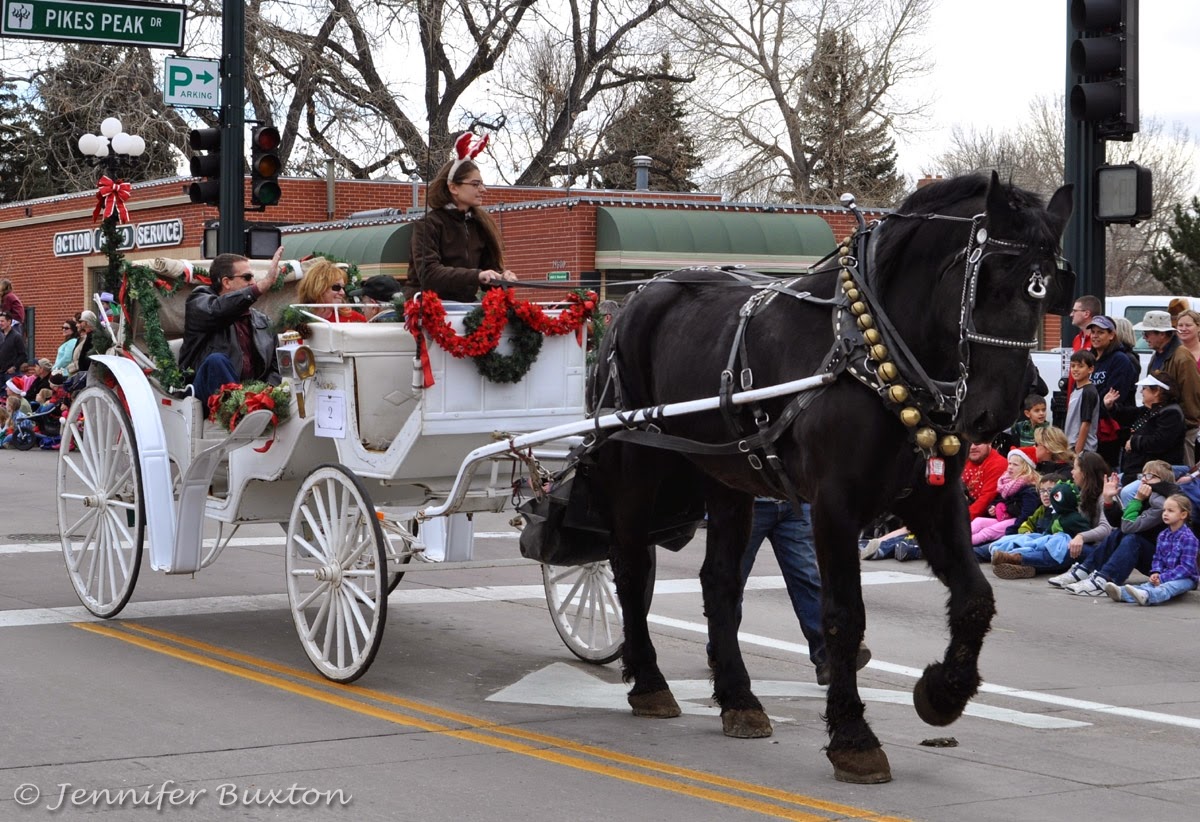 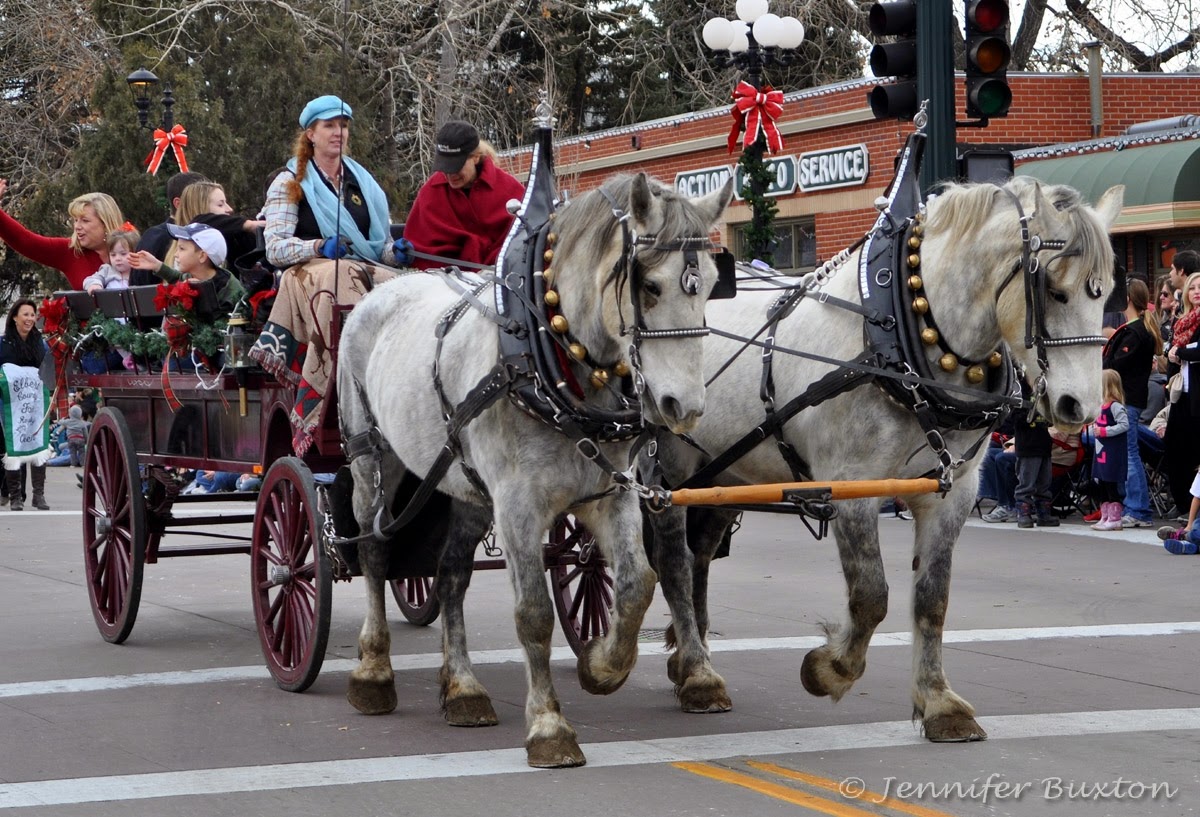 that most of the entries... 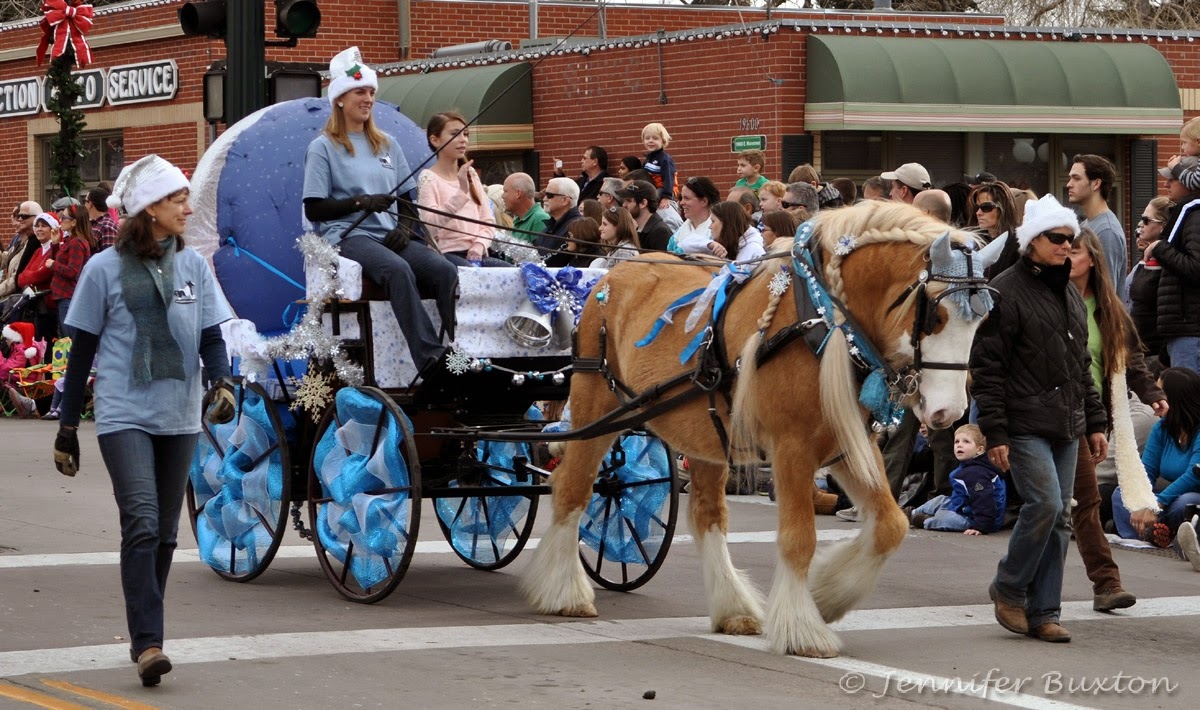 However, there were nearly as many riding groups, 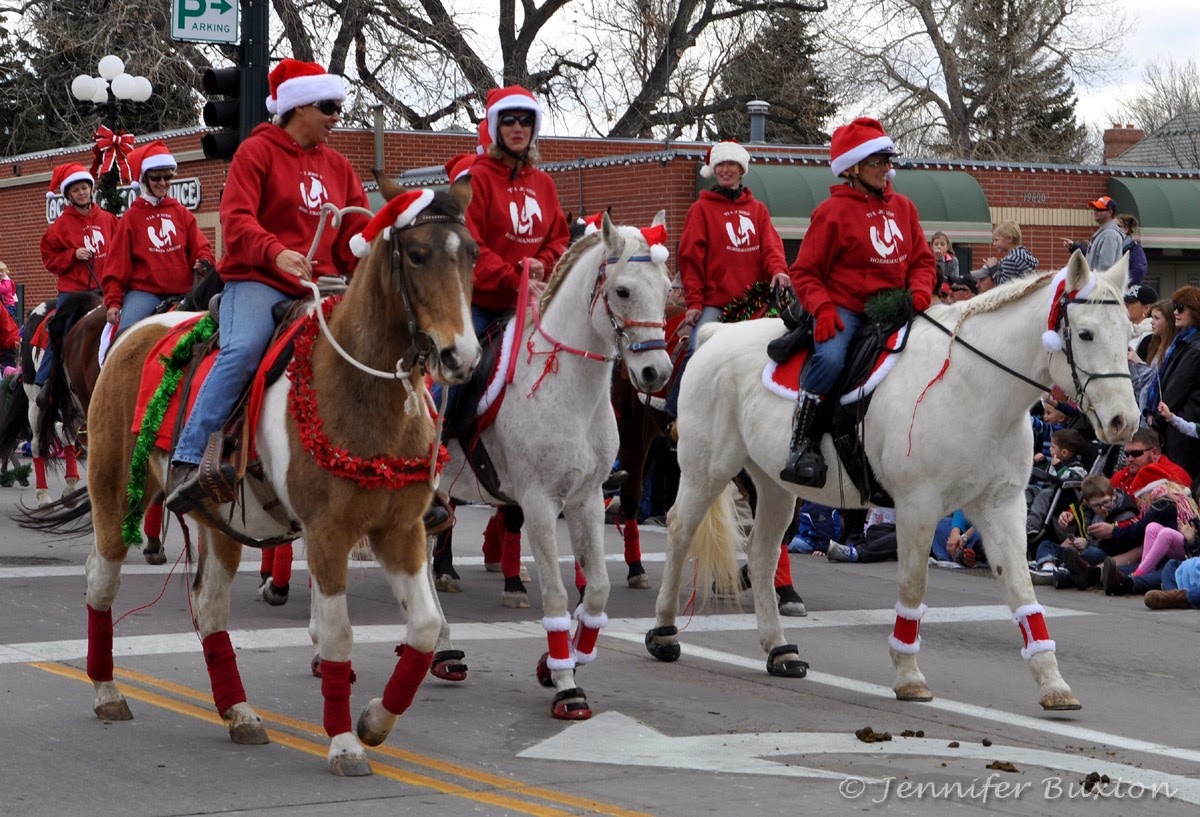 including multiple branches of law enforcement... 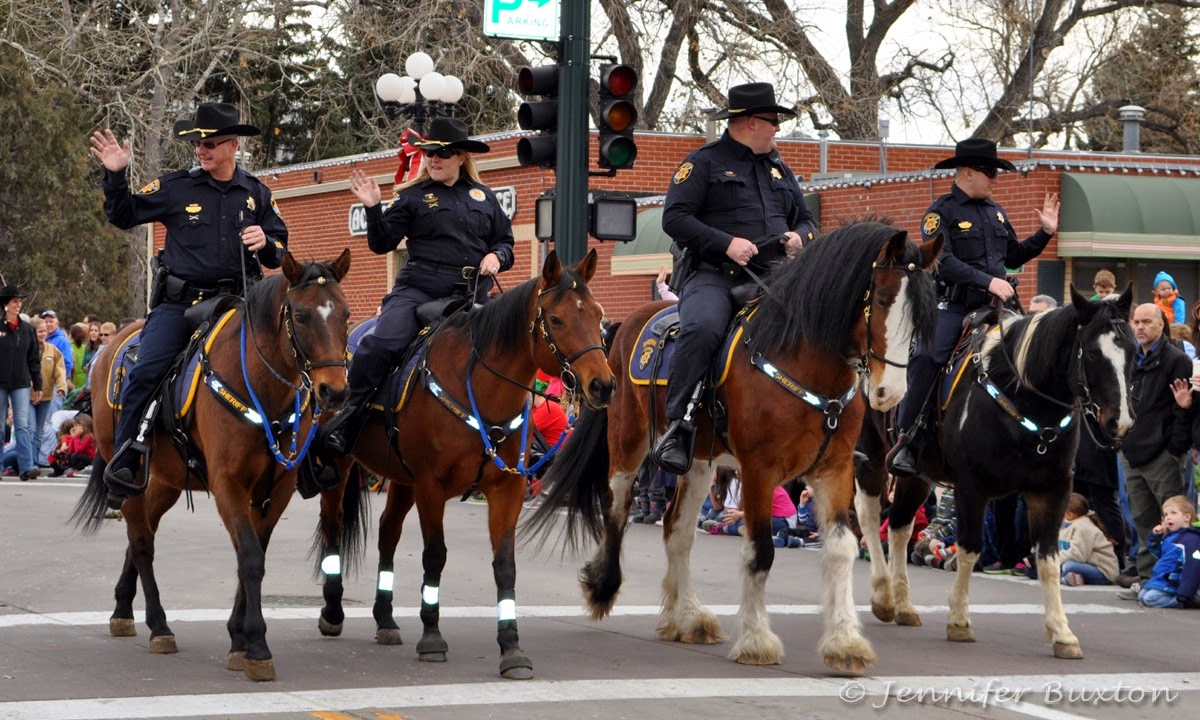 and lots of rodeo royalty. 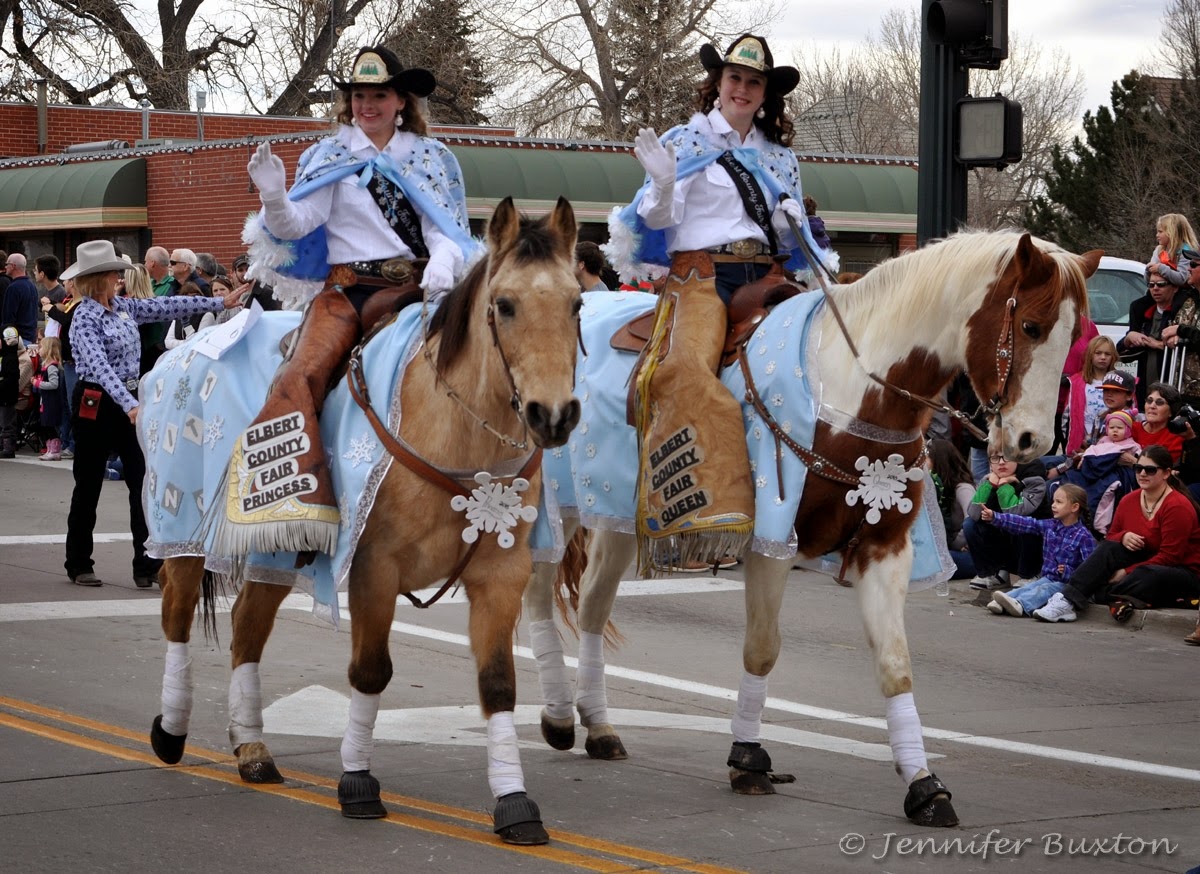 Some horses were led rather than driven or ridden... 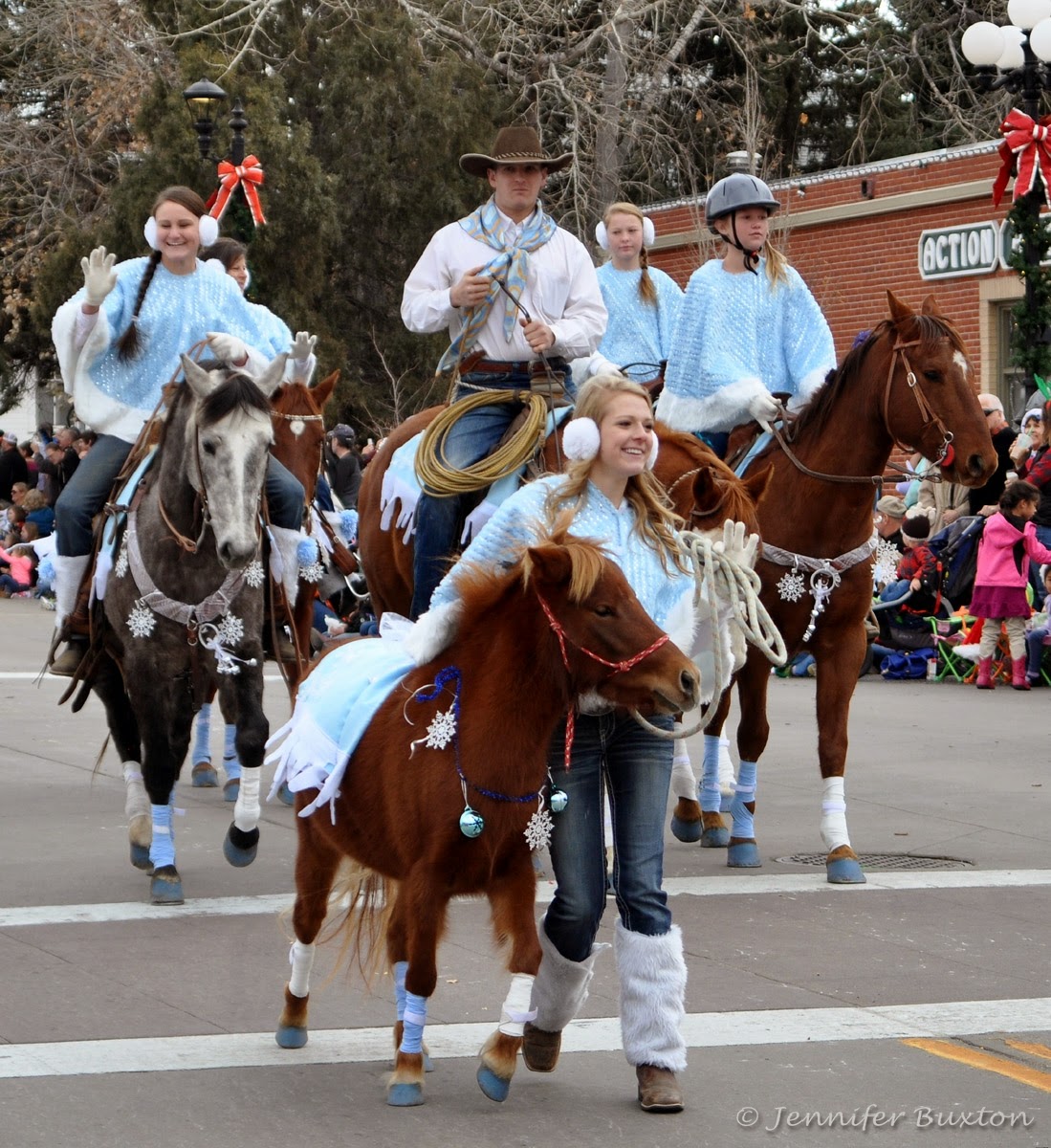 and some of the horses... 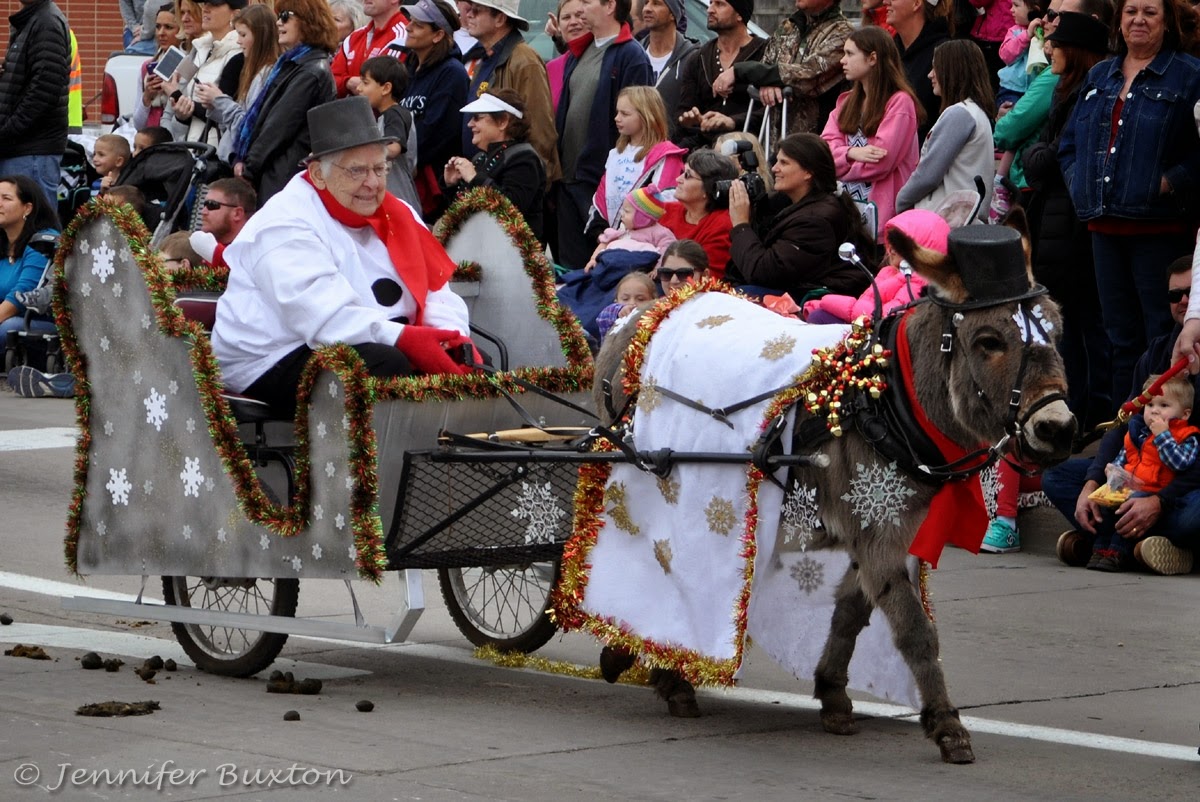 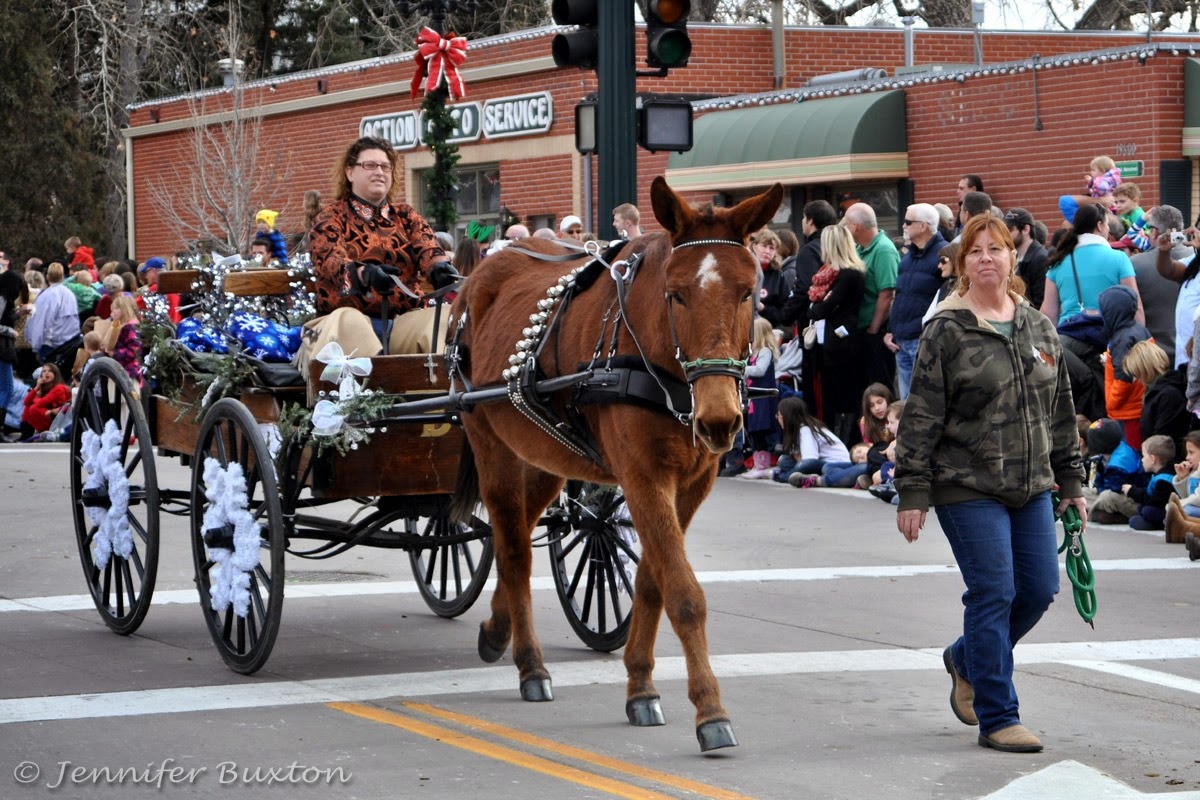 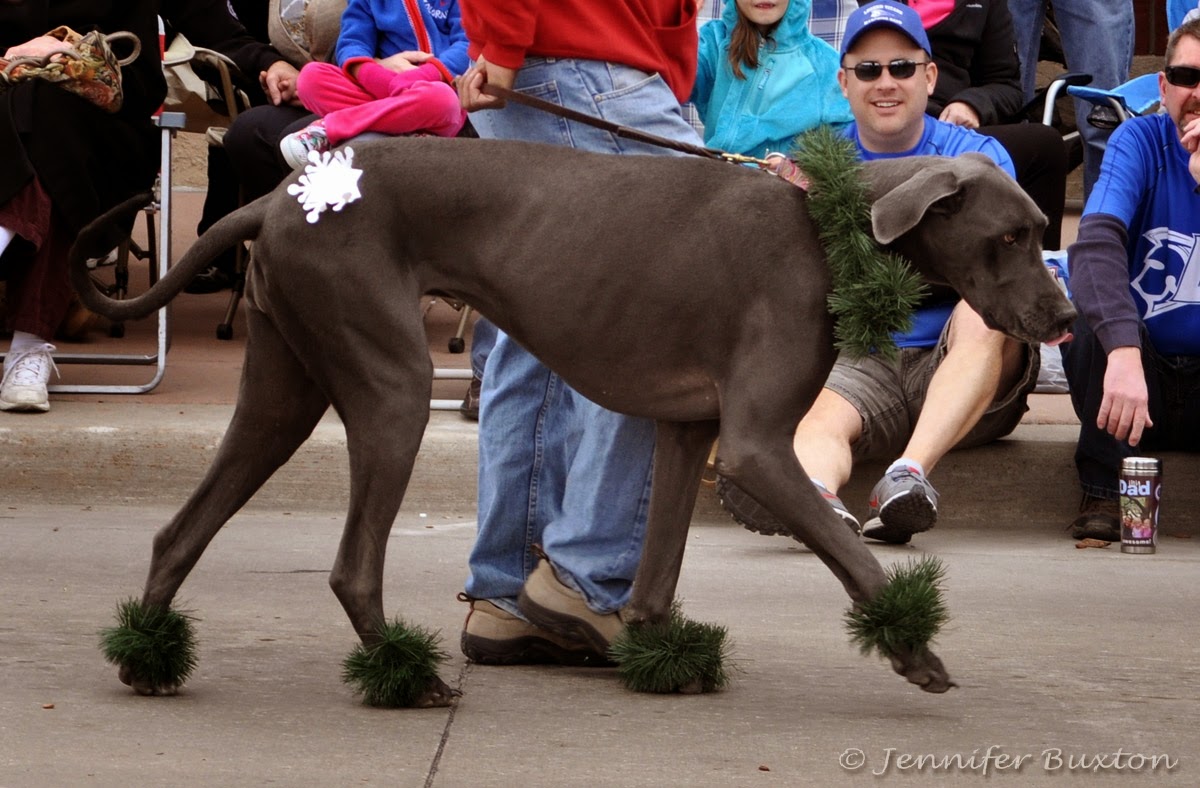 I think these two are supposed to be reindeer.  Or something. 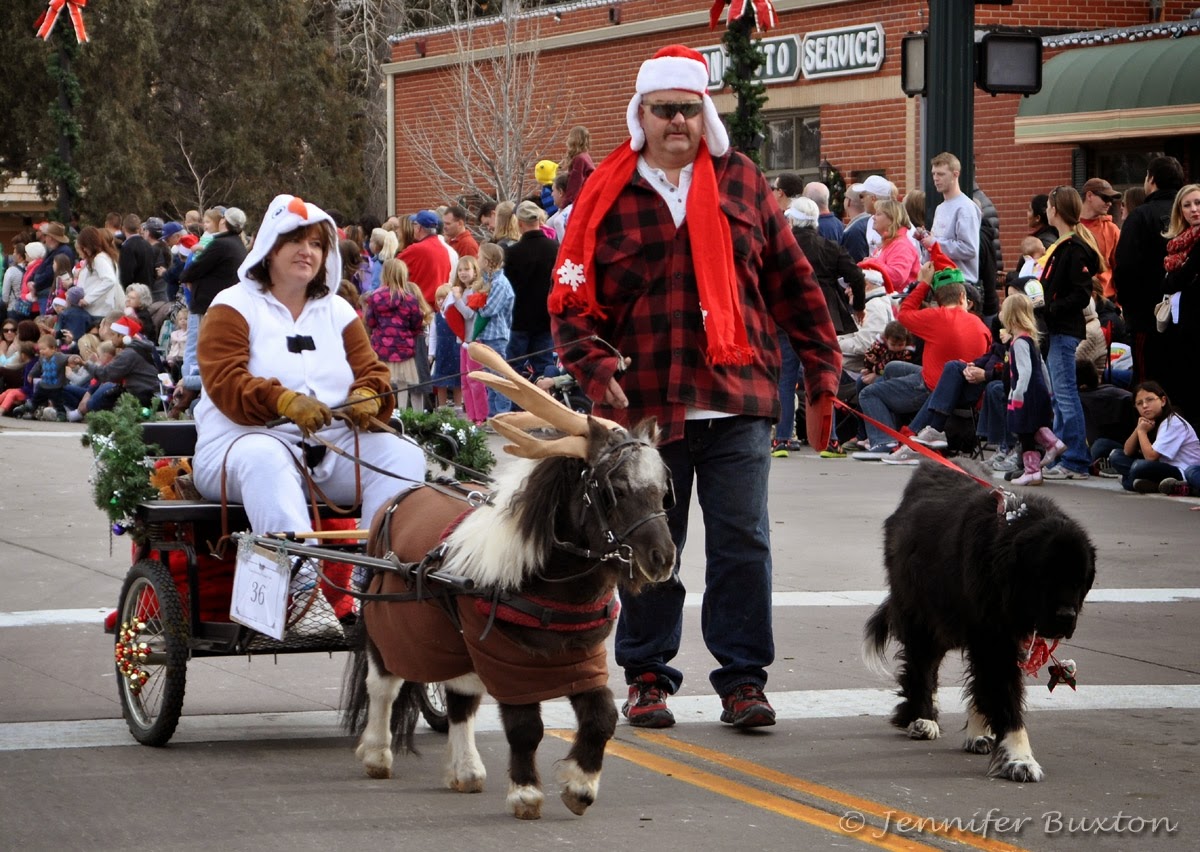 The theme of this year's parade was "Let it Snow" so snowflakes abounded. 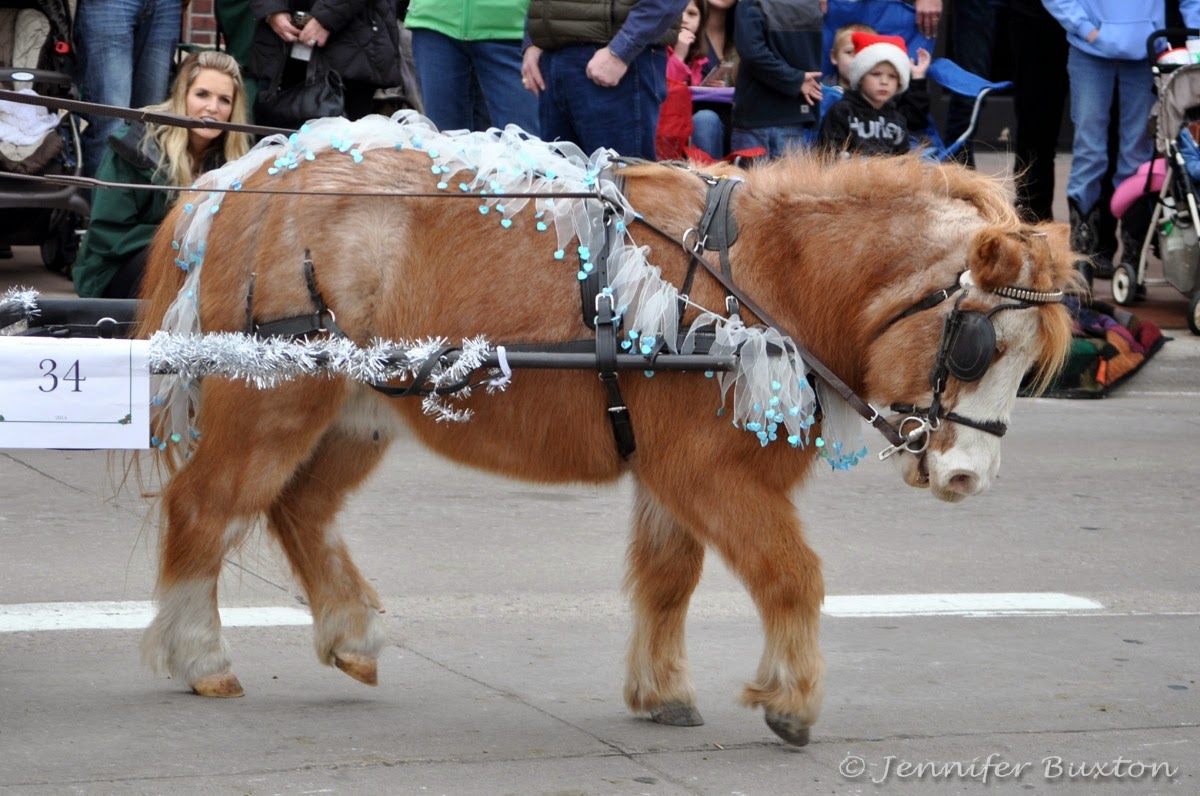 There were also a couple guest appearances by celebrities.  This is Anna and Elsa from Frozen, 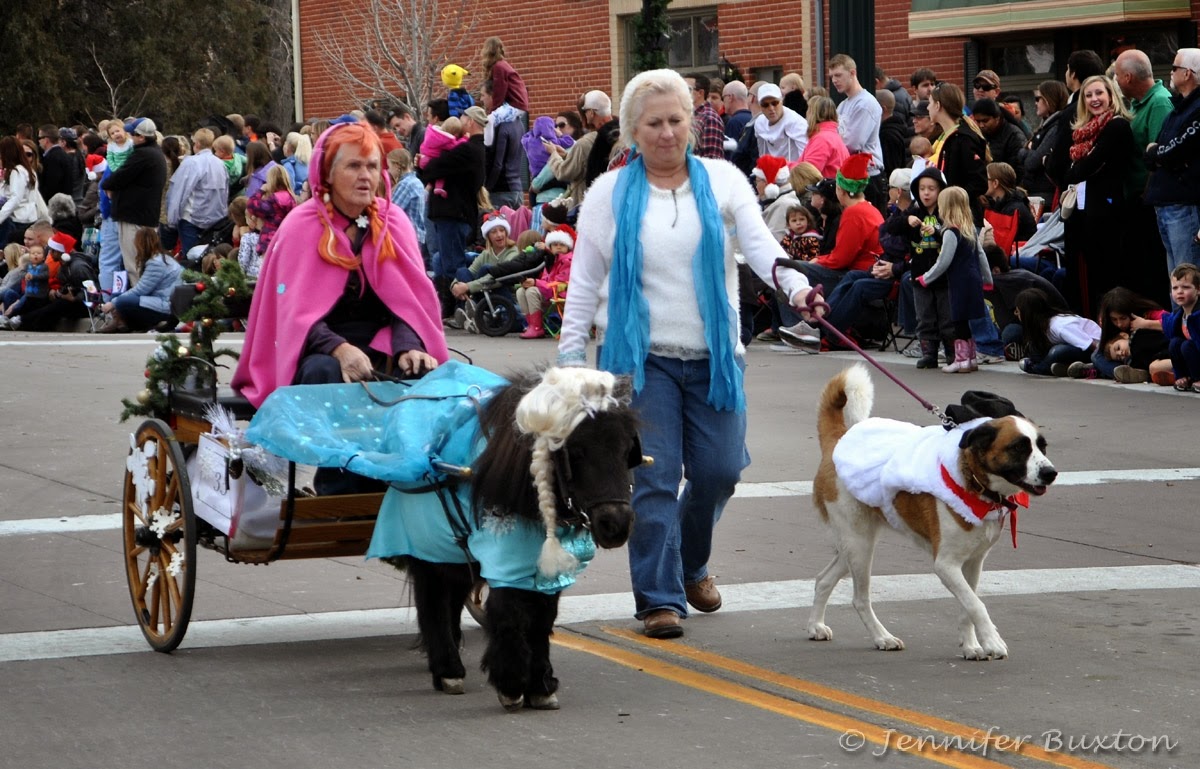 and this is the "horse of a different color"... 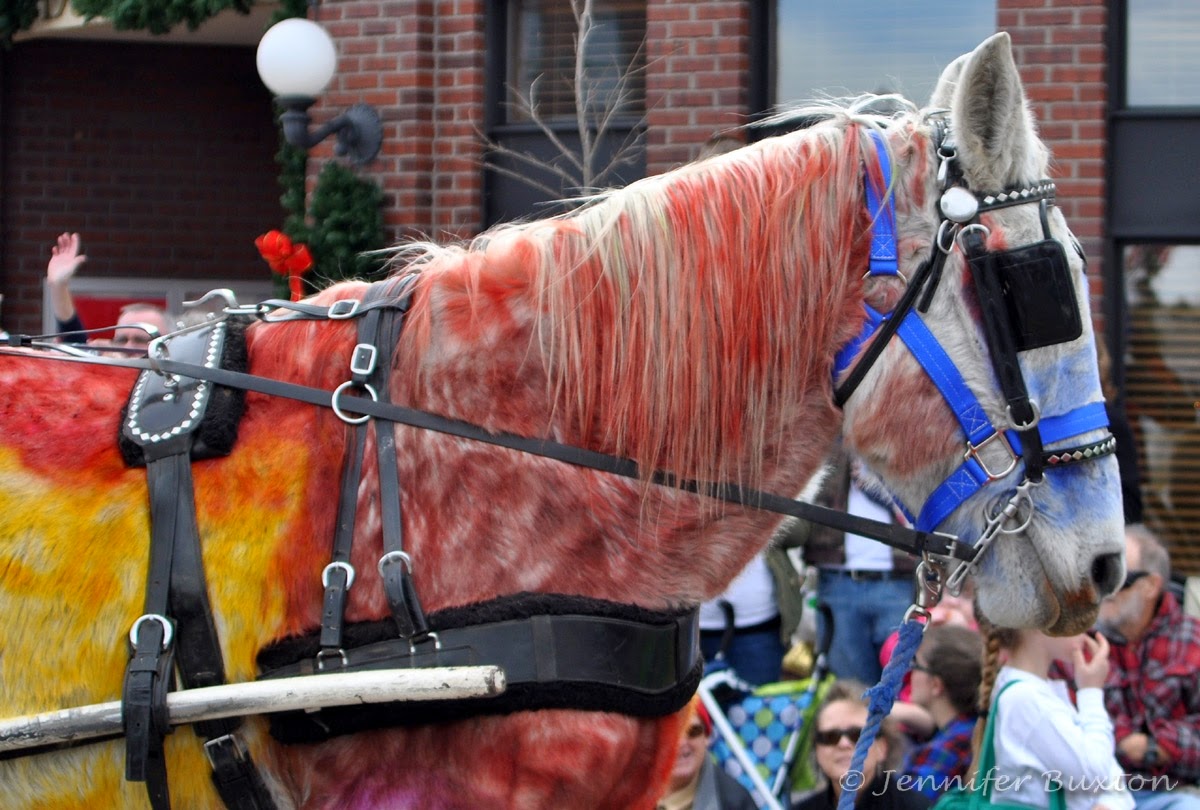 from the Wizard of Oz.

And of course, no Christmas parade is complete without an appearance by Santa Claus.  Since there wasn't any snow on the ground, his sleigh had to ride in a wagon! 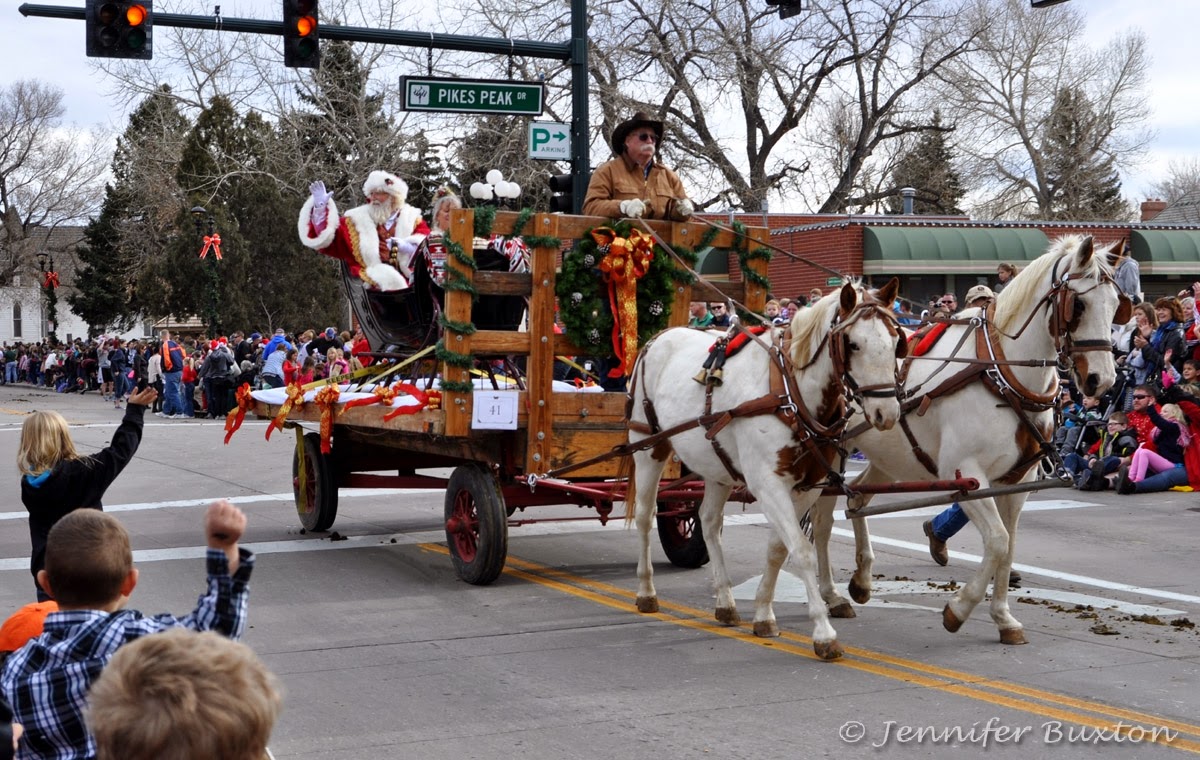 This is a great parade for horse lovers.  I'm glad we didn't miss it!
Posted by Braymere at 12:39 PM