I signed up for a model horse holiday gift exchange, and I was paired up with a paired with a person who really likes zombies.  This was a problem for me because I have zero interest in zombies.  So I decided to ask for help.

Yeah, he may not like horses, but he's definitely my kid.

I explained why I was asking, and he said, "ThinkGeek has lots of zombie stuff.  Here, I'll show you."  He pulled up their website, and immediately found a whole host of zombie offerings.  Problem solved. 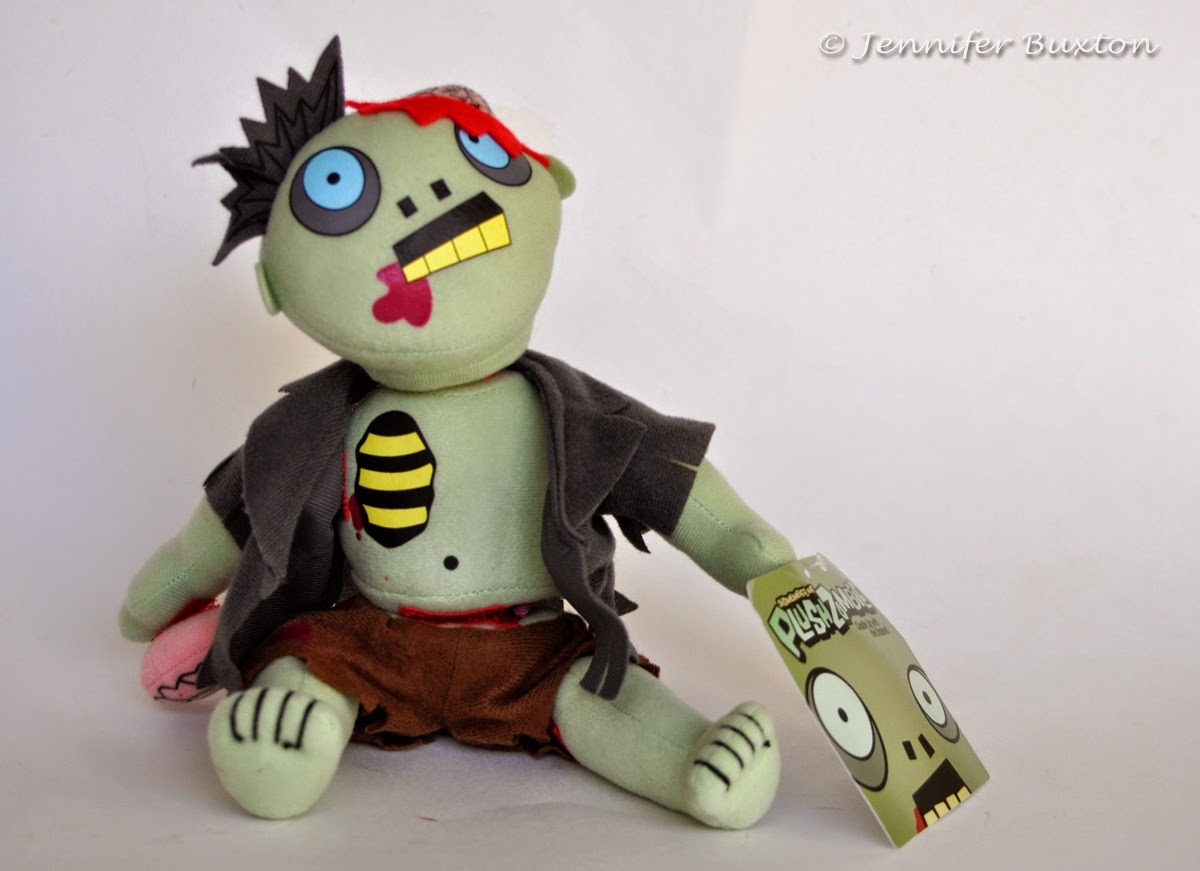 That would have been the end of it, had James not wandered by and asked why we were talking about zombies.  I explained and he said, "Remember that year we dressed up as zombies for Halloween?  That was fun."
That's when it hit me:  I needed to make my giftee a model scale "just add horse" Halloween zombie costume.

I dug out the scary doll box, 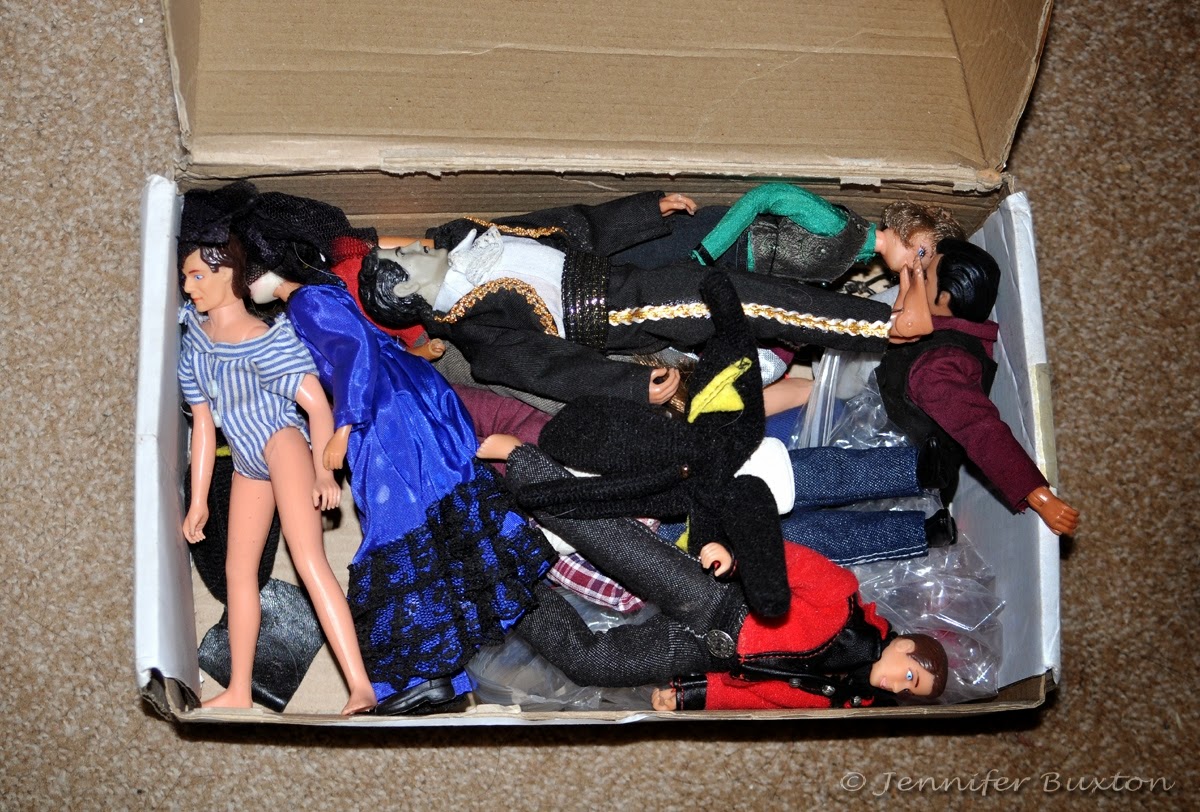 and went to work. 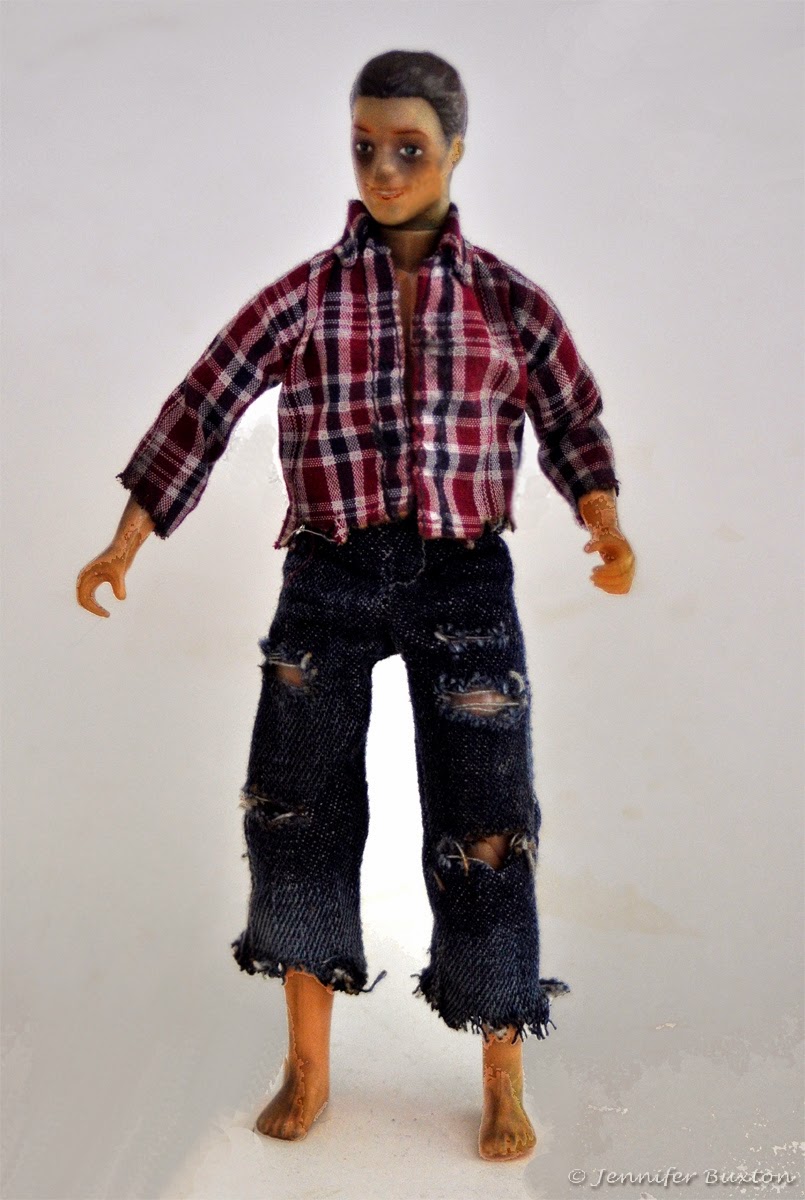 I shredded his clothes and used paint and pastels to zombify his face and hands.  Then I googled a recipe for fake blood and added that. 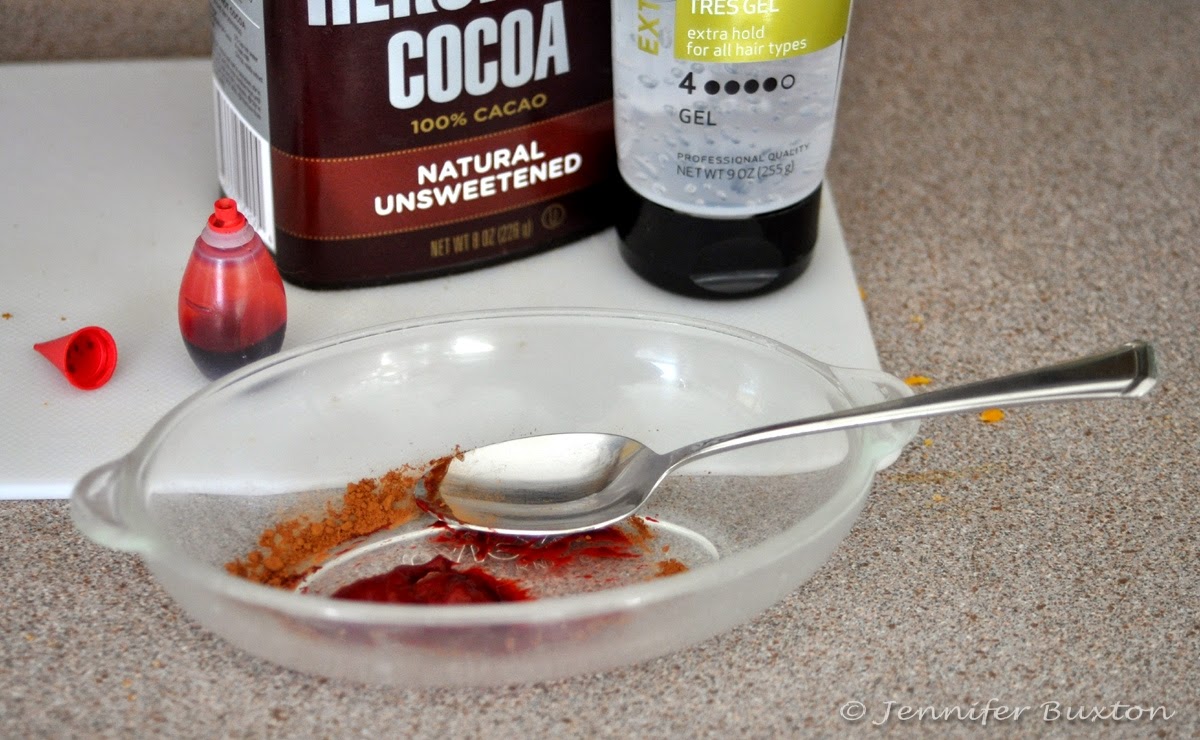 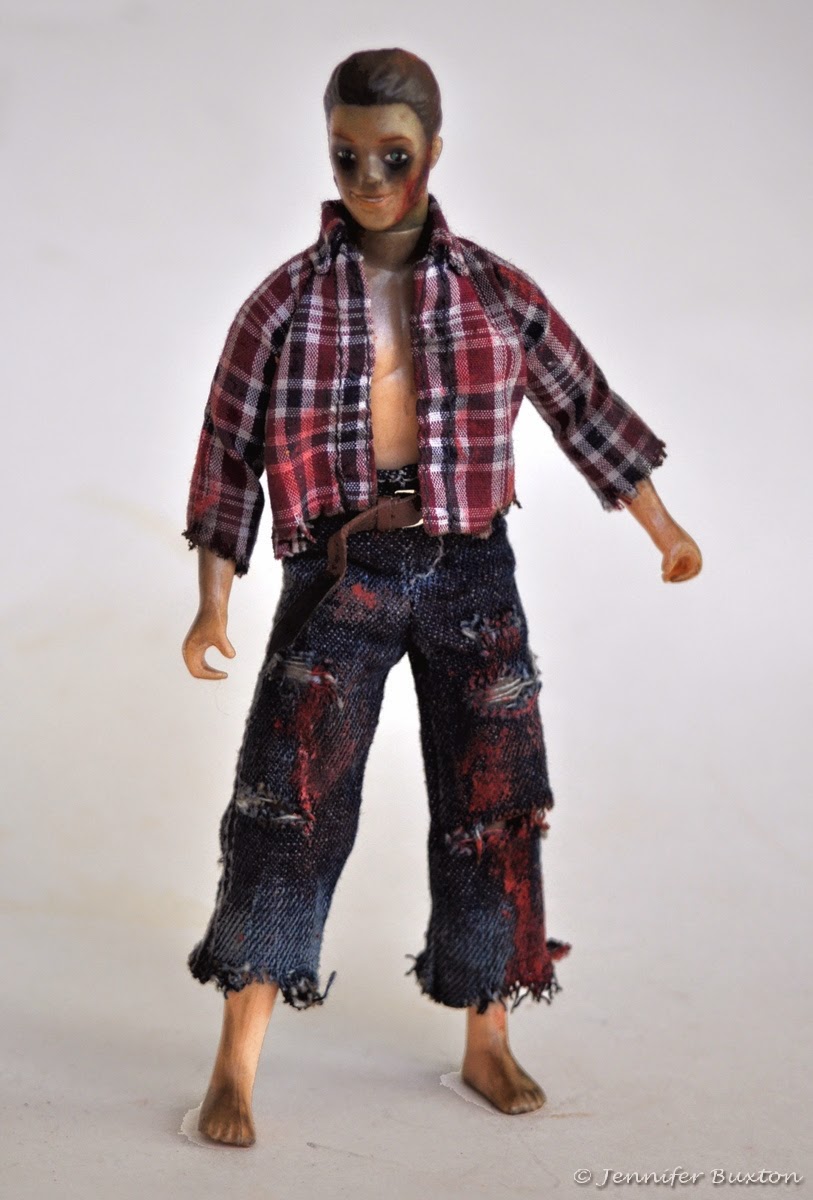 Or, more accurately, one person dressed as a zombie. 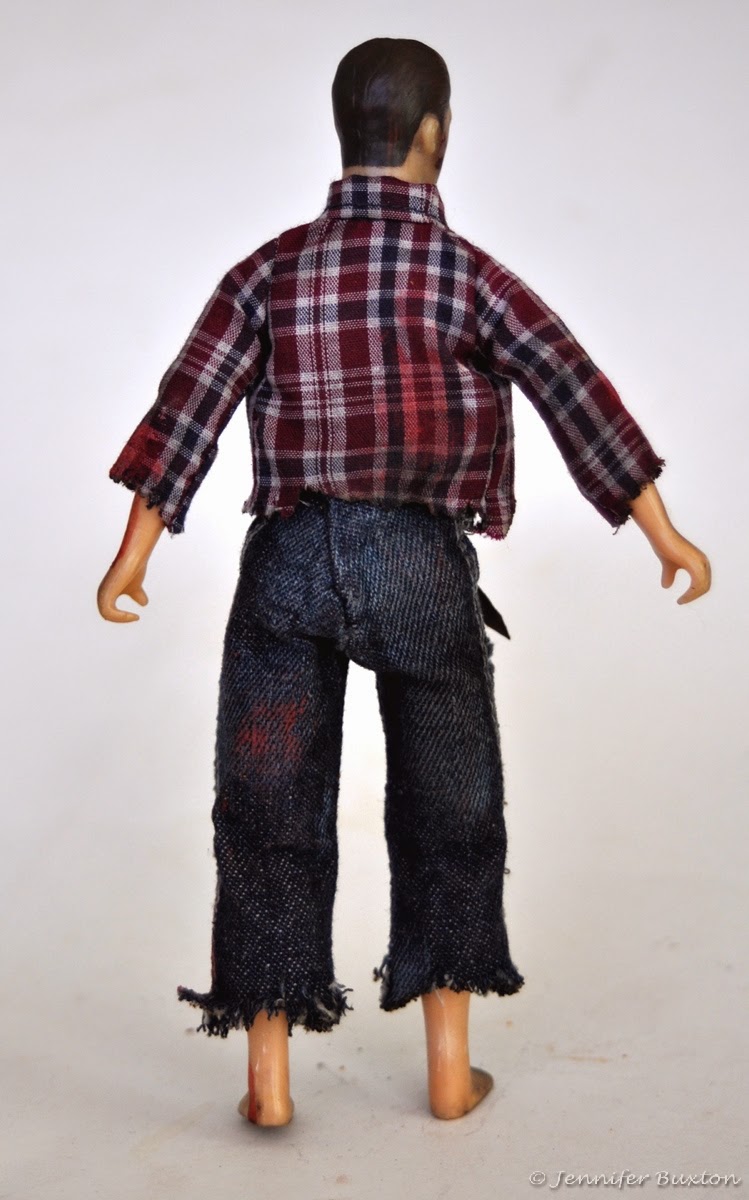 If I had wanted to make a "real" zombie, I would have used Kristian Beverly's zombie tutorial. 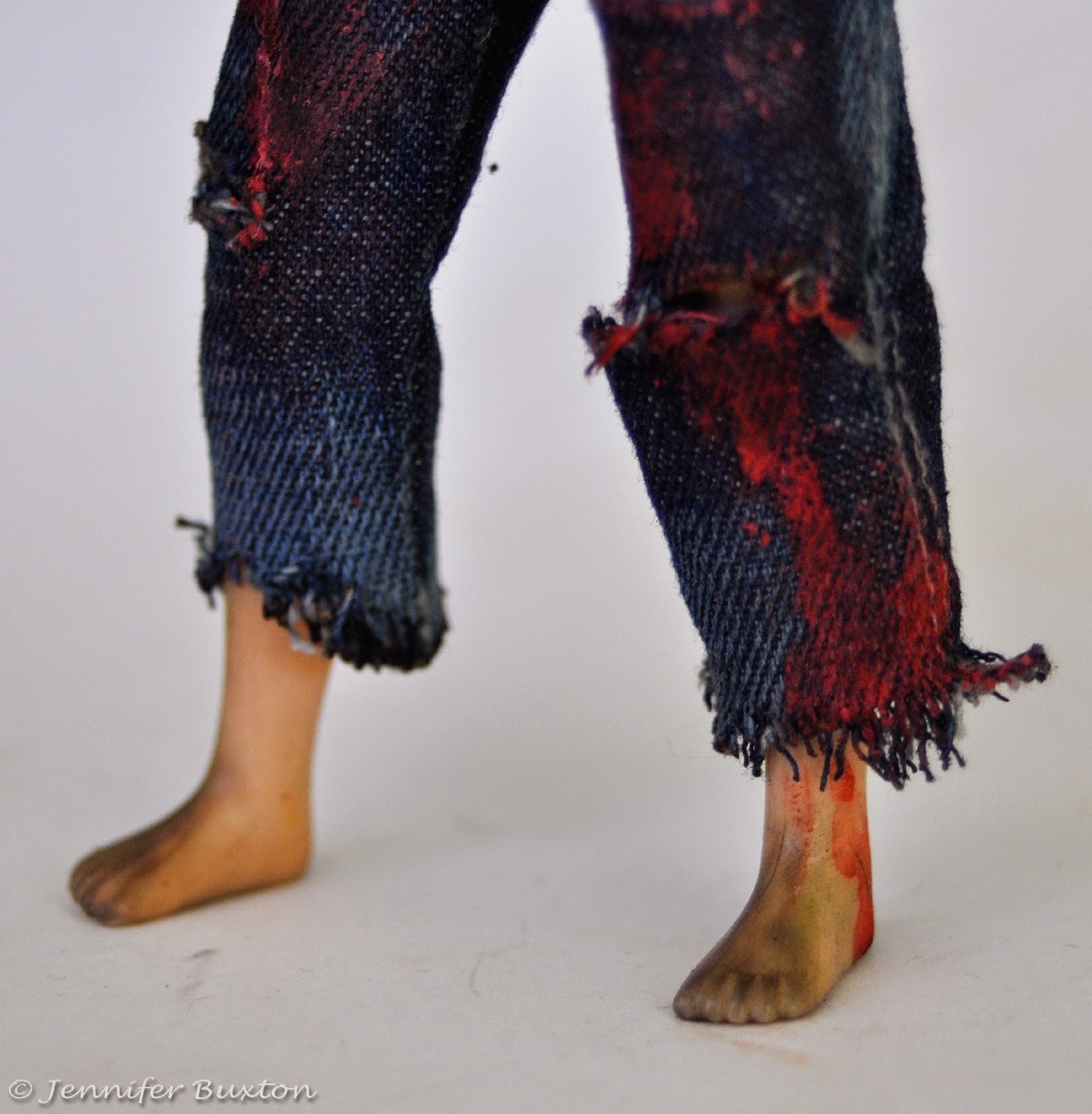 On to the tack!  Since I don't know anything about zombies, I decided to ask for help on the Braymere Facebook page.

The responses were immediate.  Apparently, a lot of people really like zombies. 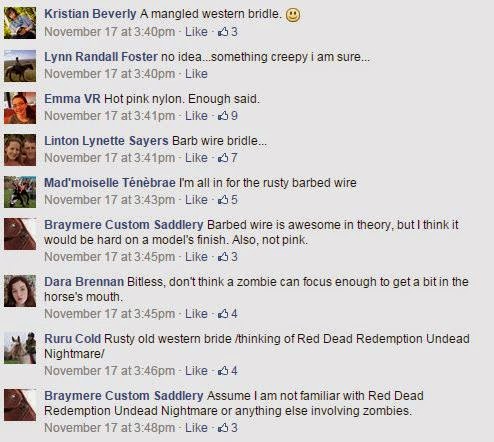 Although I was impressed with the creativity...

a lot of the suggestions were extremely impractical.

Finally--something I can work with!

It was important to me that the tack be safe and functional, so I went with a battered Western headstall, a rusty snaffle bit... 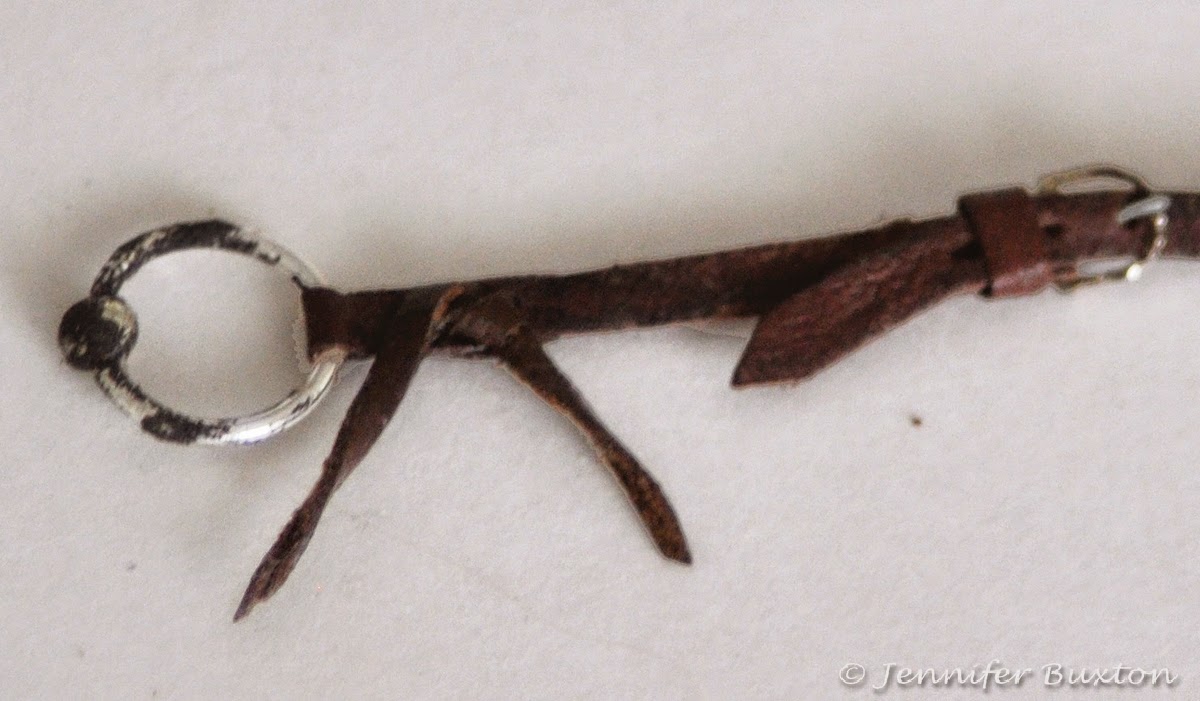 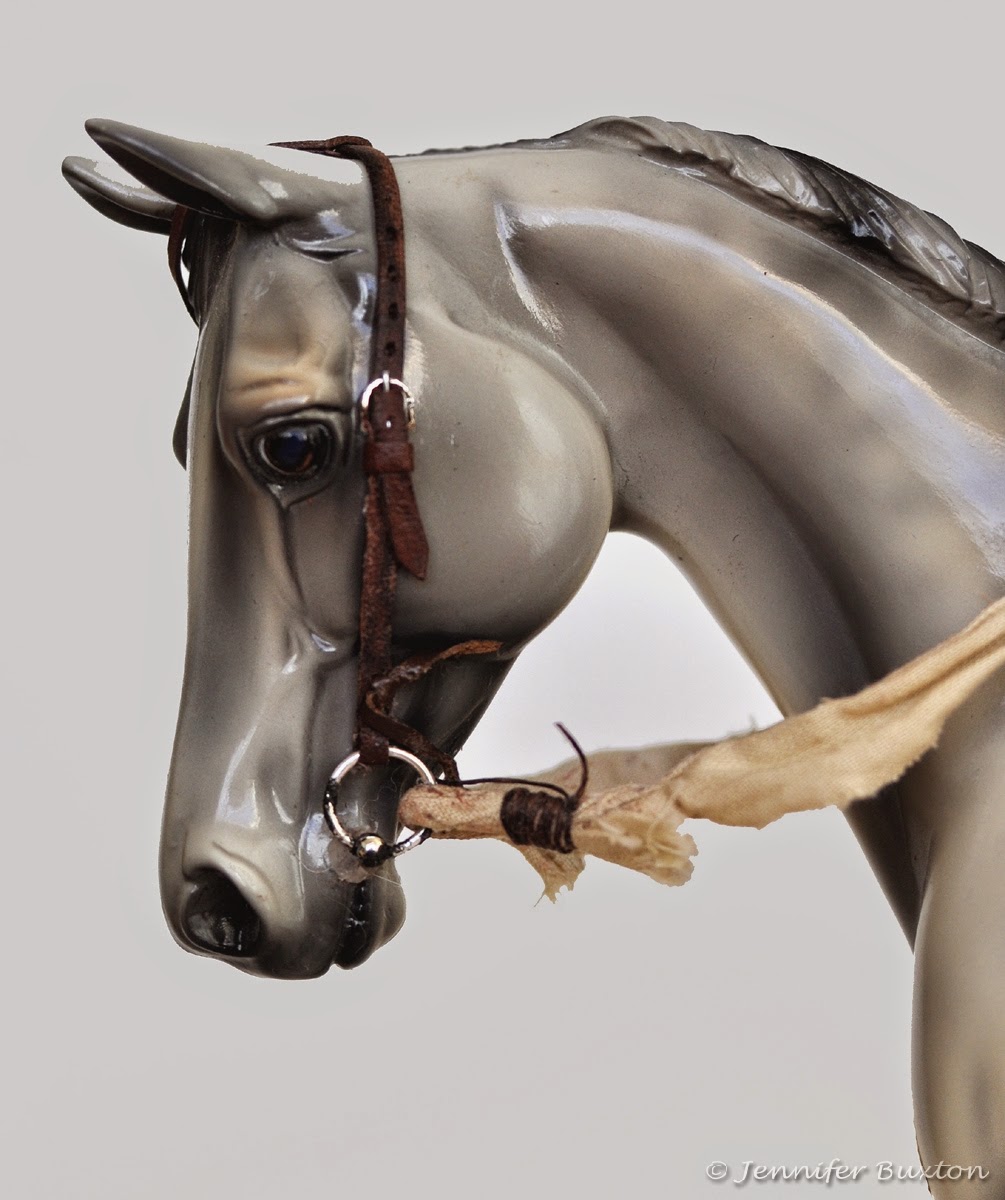 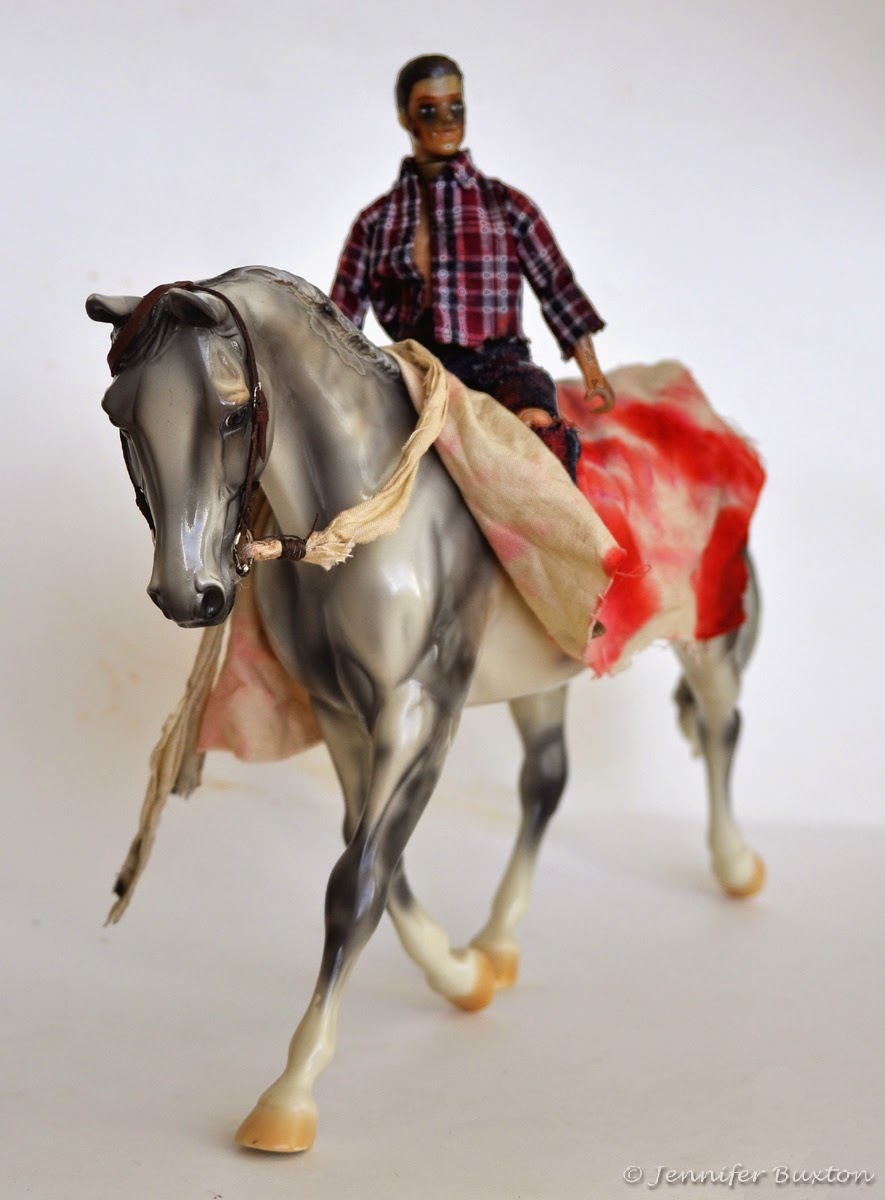 and a live show documentation card. 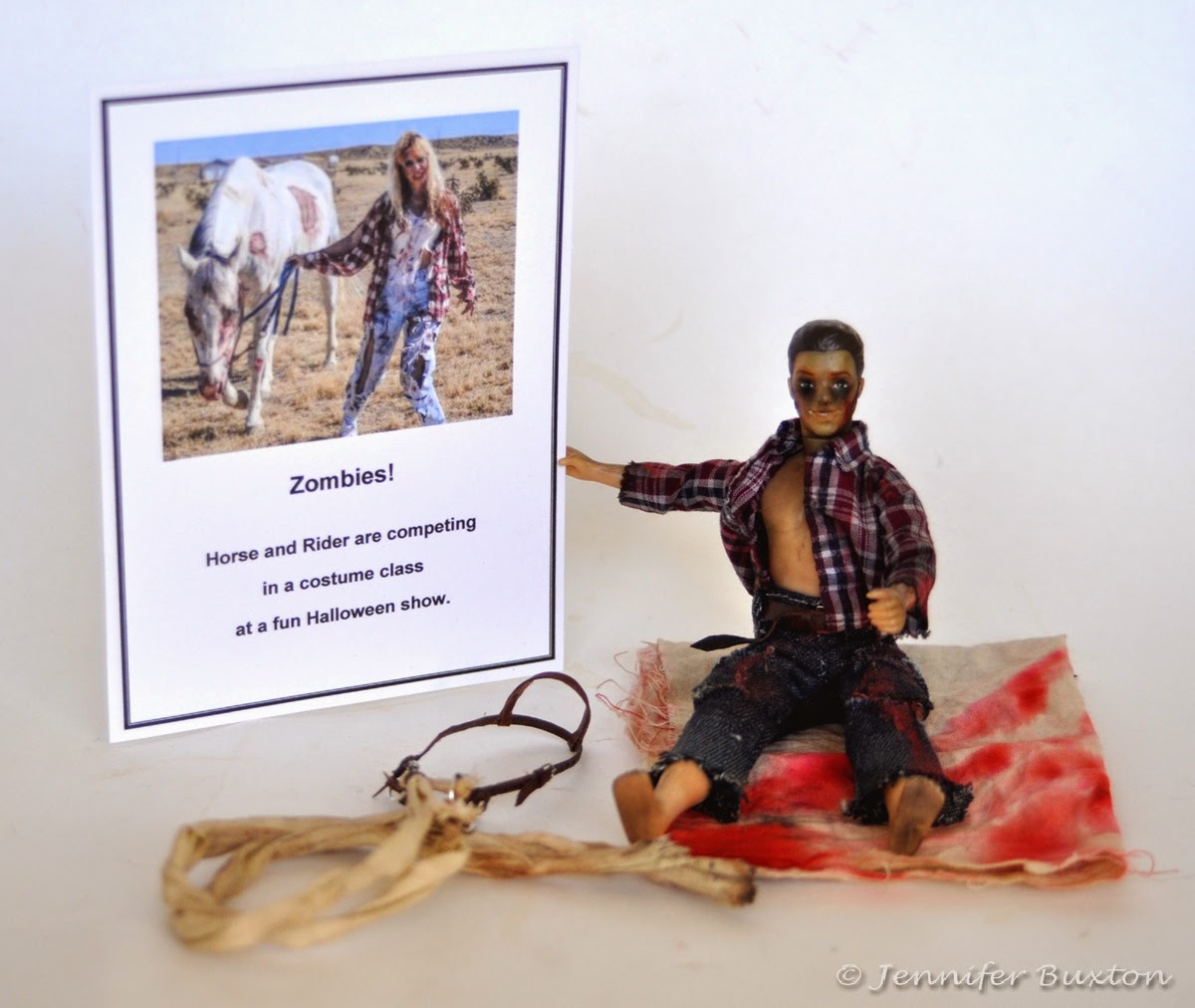 I may not be a zombie fan, but I had a lot of fun putting this together.  I hope Heather enjoys showing it as much as I enjoyed making it!
Posted by Braymere at 4:01 PM