Speaking of Teresa...  She and I had a "hobby day" this past Sunday.
As is usually the case, she didn't arrive empty-handed.  She brought a few things that needed fixing... 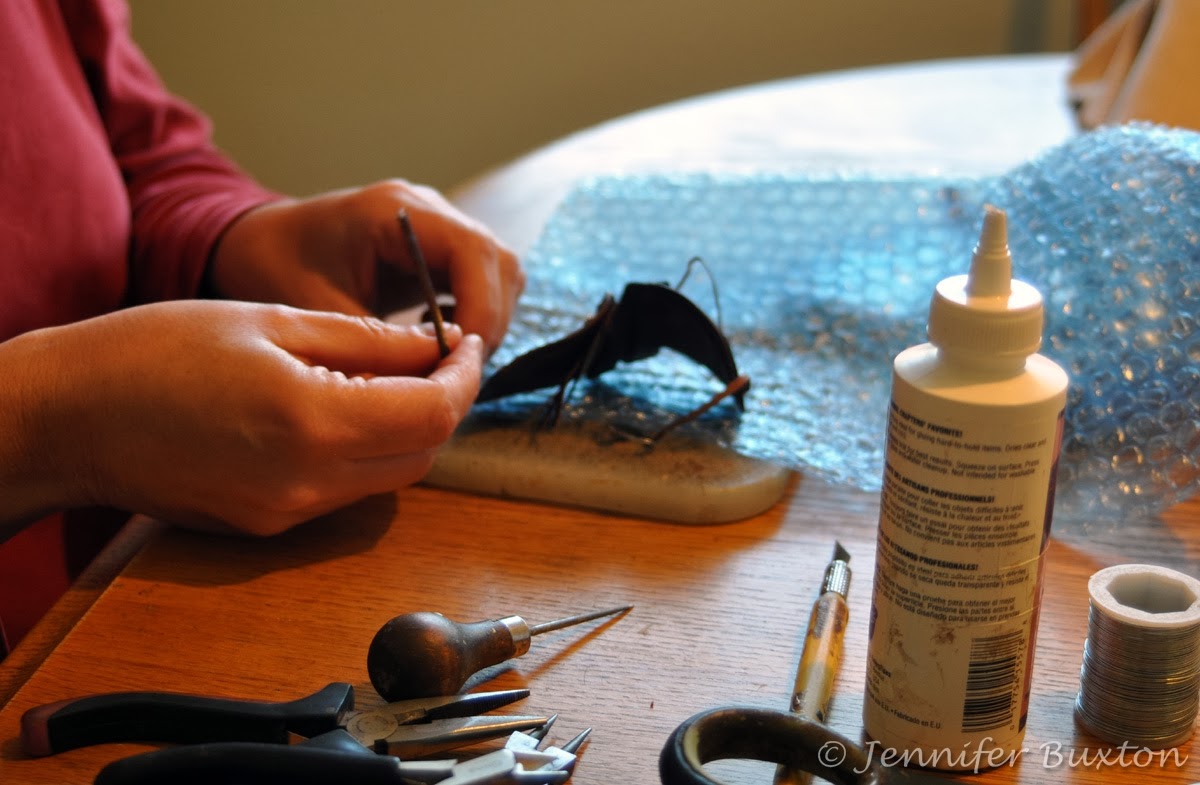 as well as this neat Breyer Premiere Collection artwork.  Since I no longer actively collect original finish models, I don't belong to of any of Breyer's clubs.  However, I find this kind of ephemera really appealing.  It almost makes me want to send them some money. 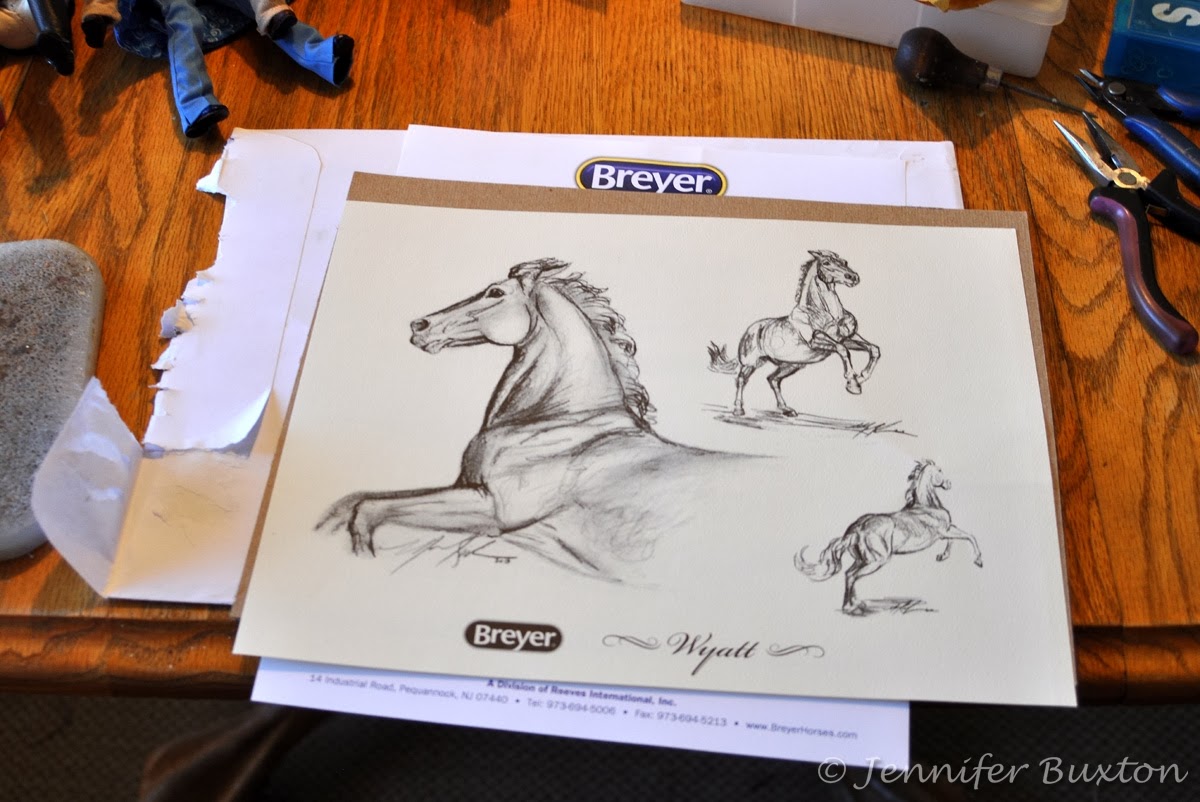 The new Latigo model only reinforces that urge.  What a nice performance prospect he is! 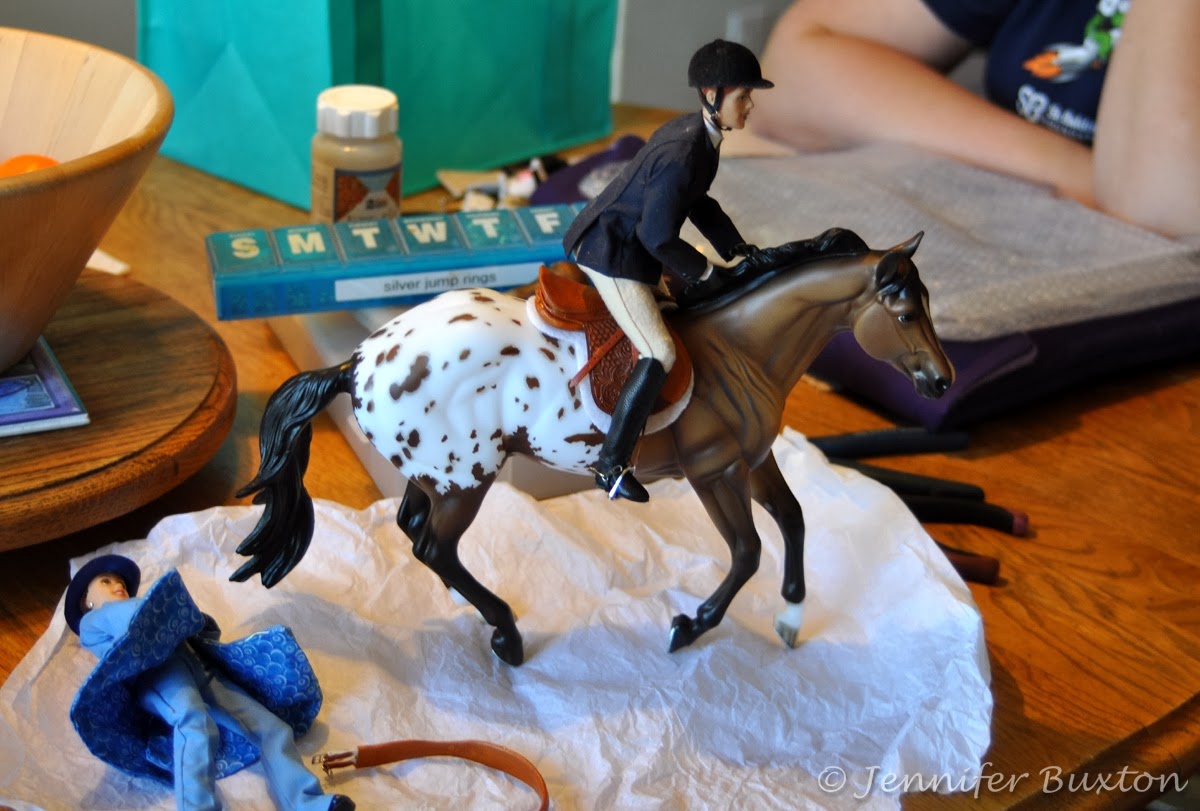 He's a bit on the small side, though.  The tooled English saddle fit him well enough, but both Teresa and I thought he looked better with a youth rather than adult rider. 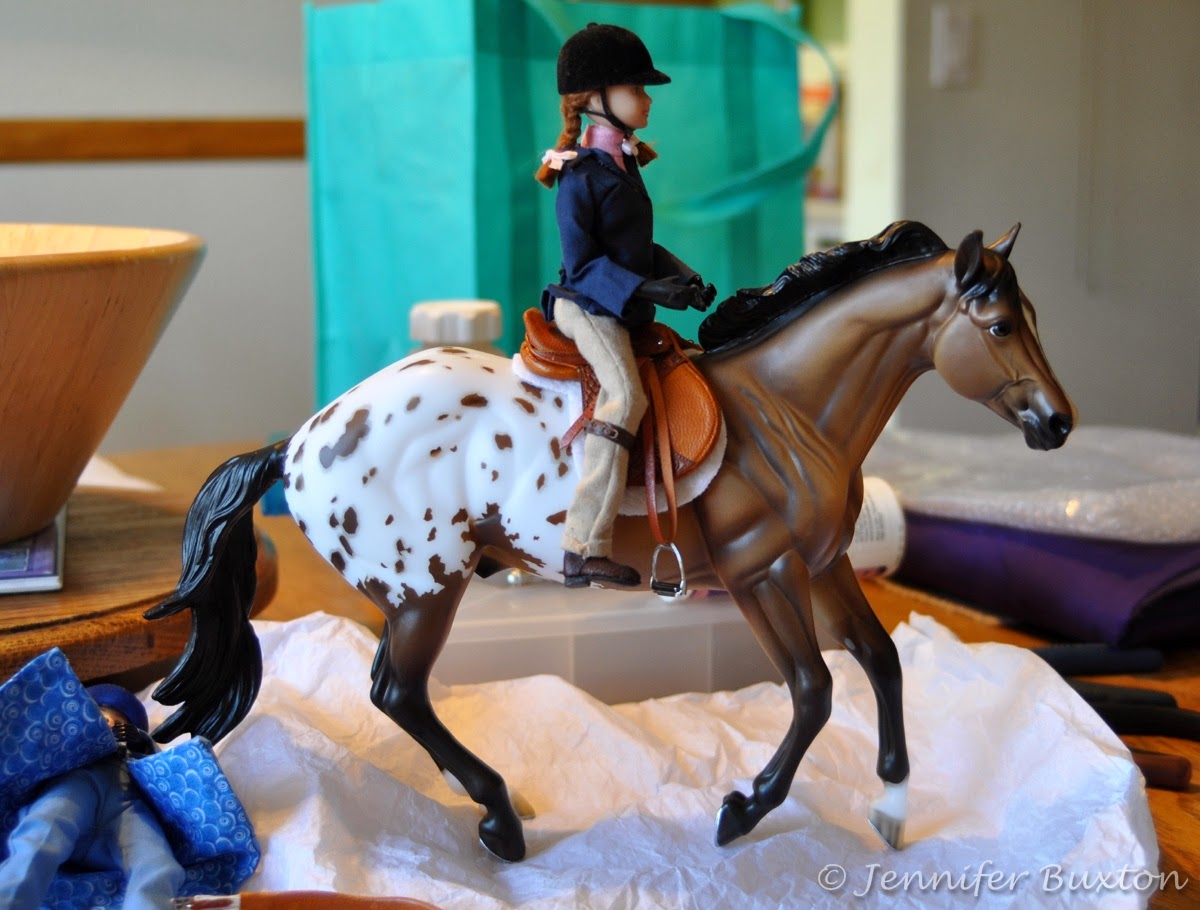 I also got to ooh and ah over Teresa's new Arabian halter by Terri Wright.  This is the first time I've seen Terri's work in person, and I wasn't disappointed.  It's just lovely! 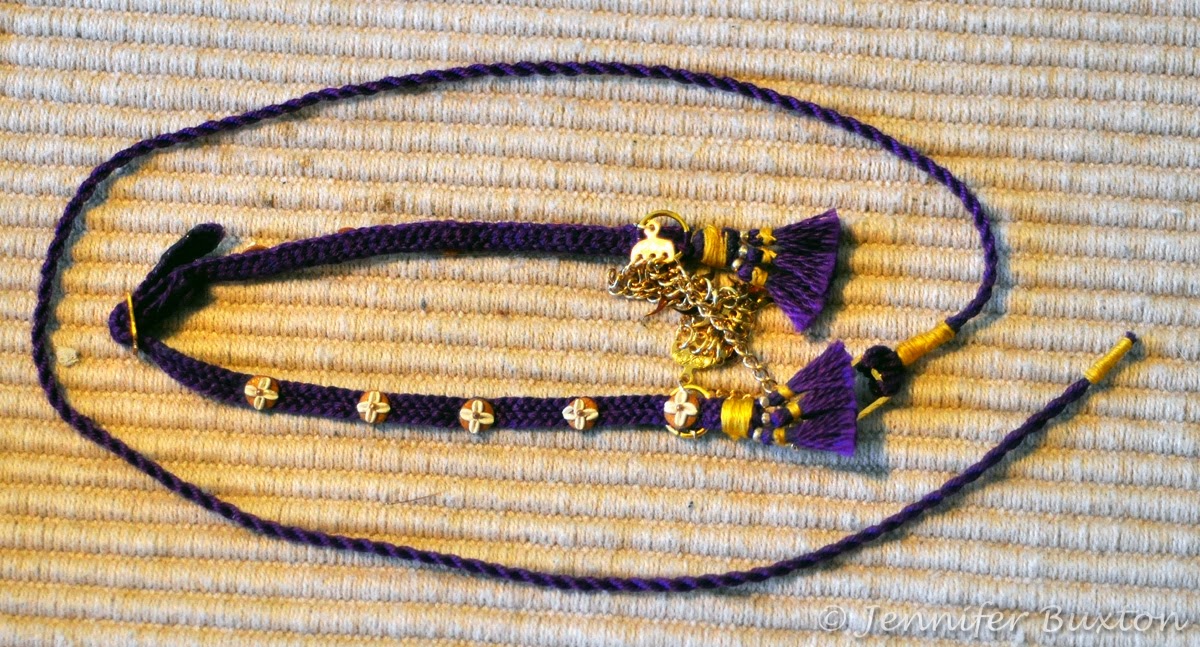 Teresa proxy shows for Carra McClelland, so most of the day's most memorable moments came while we were inspecting the contents of Carra and Morgan's infamous Unnatural Trail prop box.  That's the topic of tomorrow's post, however, so instead of sharing that, here's a picture of Carra's Bollywood guy by Keren Gilfoyle-McGroarty. 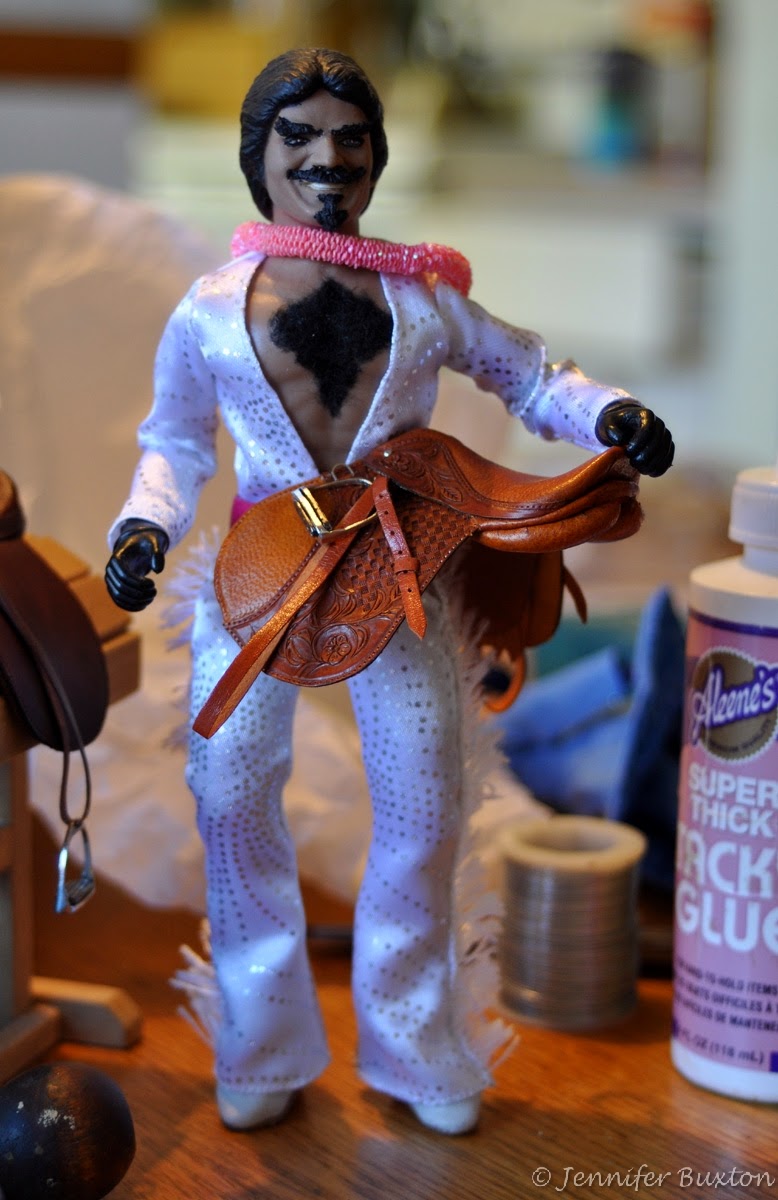 There are probably a million things I like about the model horse hobby, but spending time with hobby friends is tops on my list.  Thanks for coming, Teresa.  I needed that!
Posted by Braymere at 2:19 PM