I haven't ridden much this month.  First it was cold.  Then I caught a cold.  Between the two colds, it's been a mostly horseless fourteen days, but today--finally!--I was healthy enough to get back on Mystyc and hit the trail. 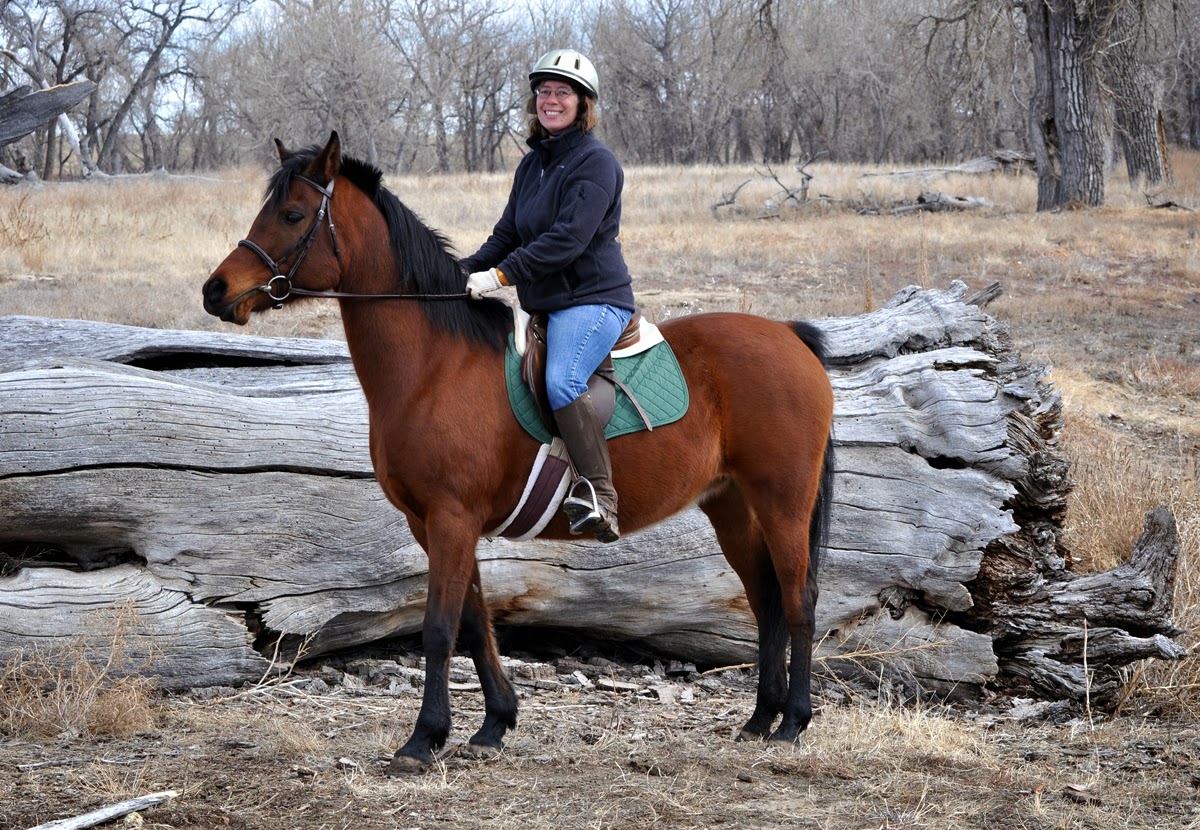 Because I'm still getting to know her, I've been reluctant to pack my good camera on Mystyc.  However, our last few rides have been filled with coyotes... 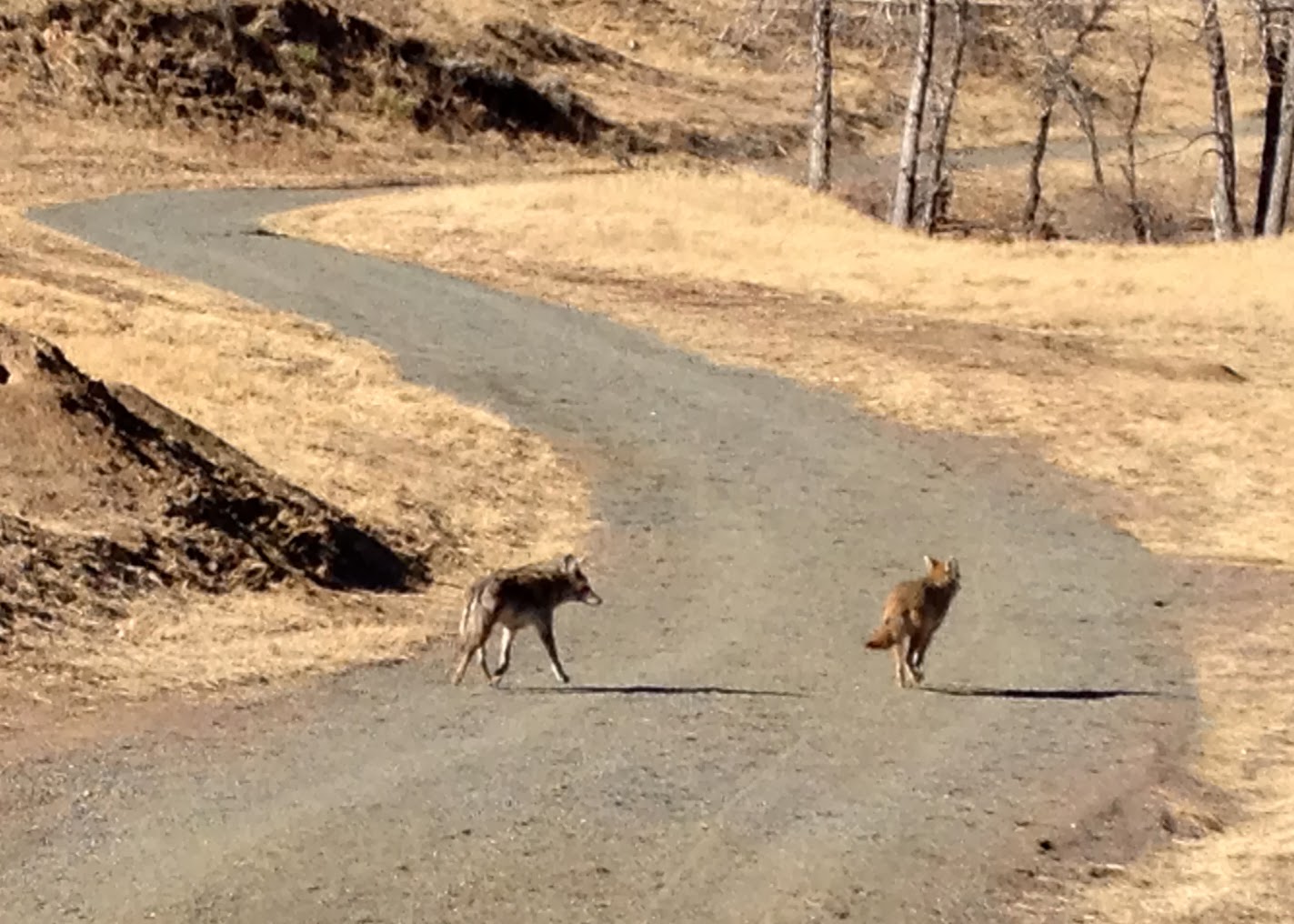 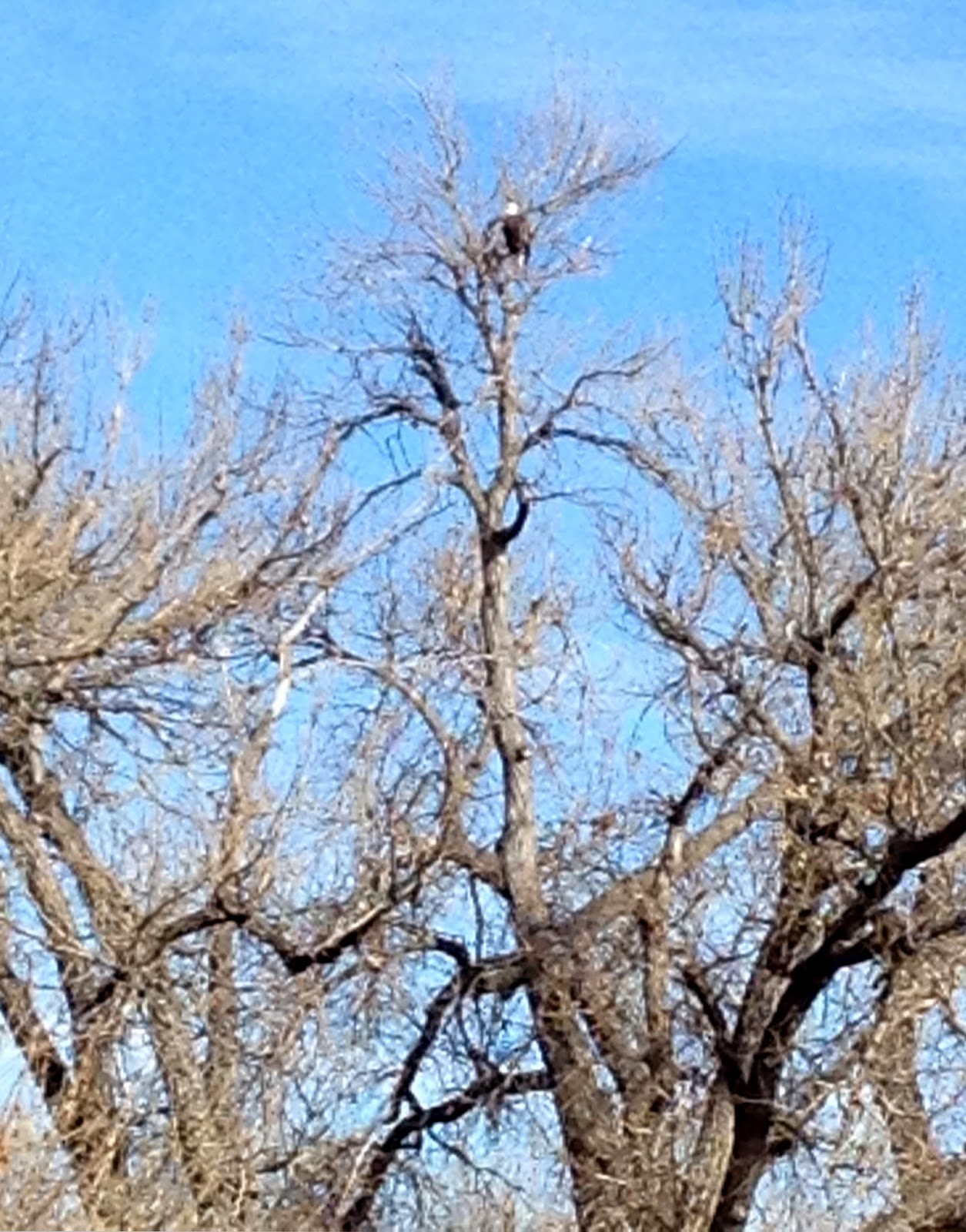 I decided to throw caution to the wind, and bring the Nikon.  I knew that doing so would probably guarantee that we wouldn't see any wildlife, but I figured at the very least, Carol and I could take photos of one another. 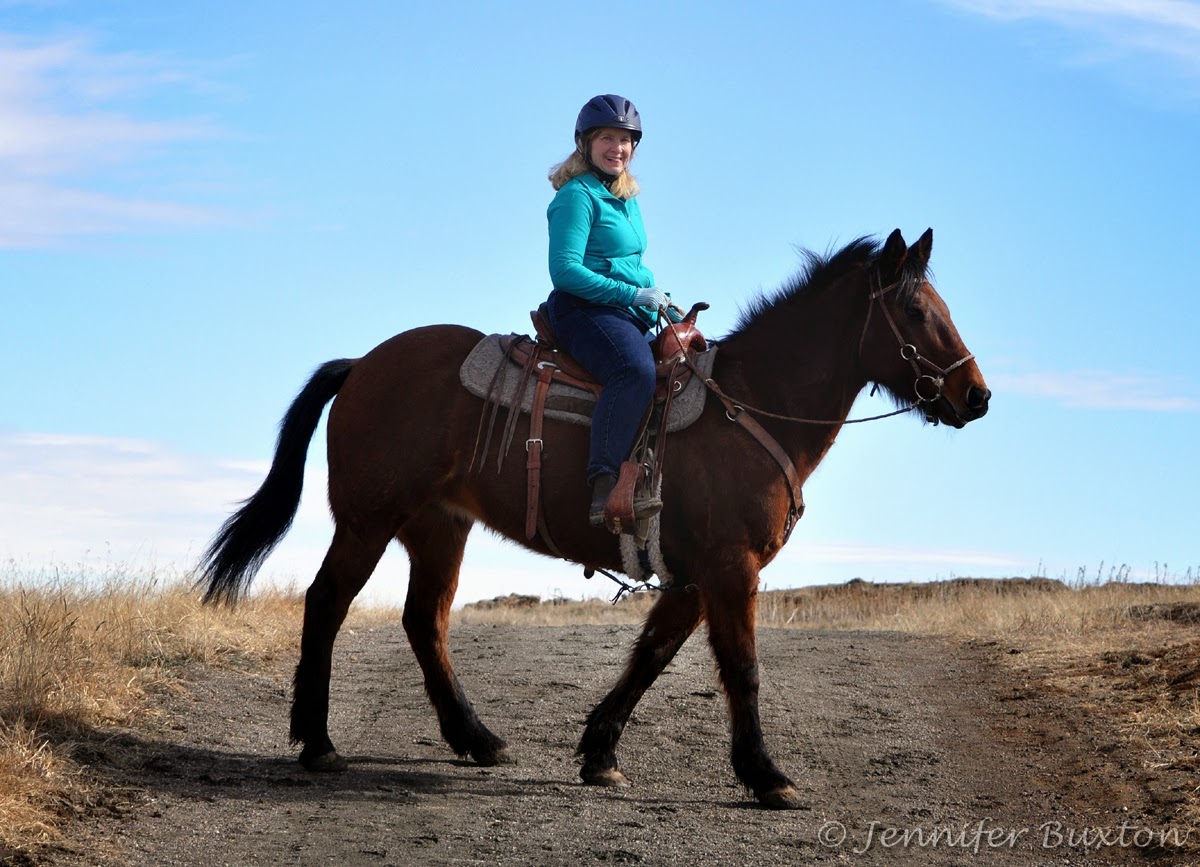 The early parts of the trail were an icky, squishy, un-photogenic mess. 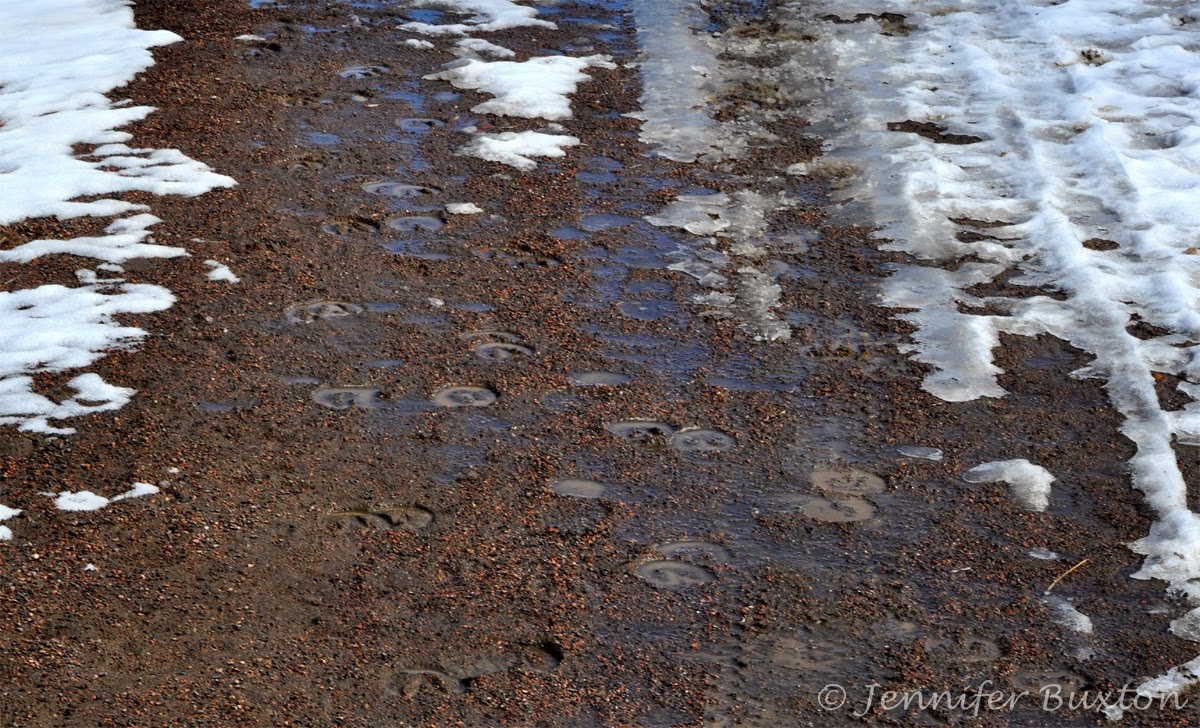 but we were able to ride around the worst bits.... 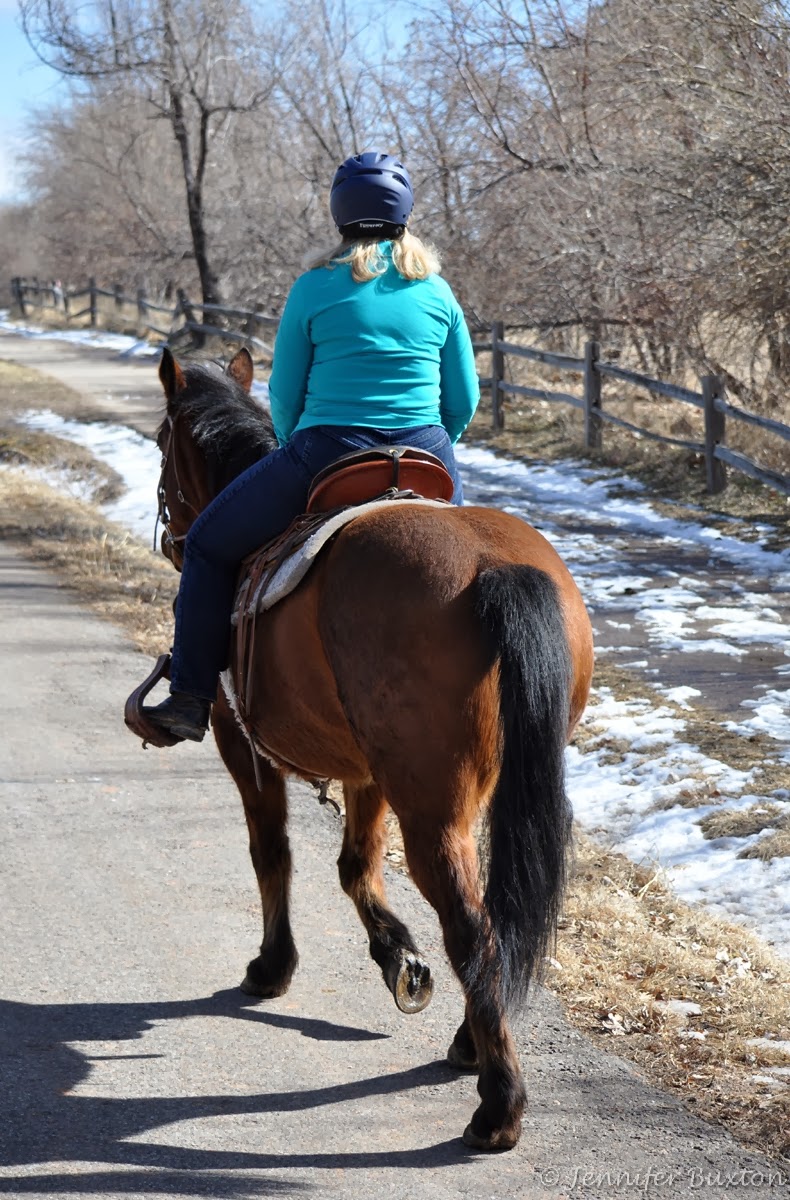 and the ground was much drier up top. 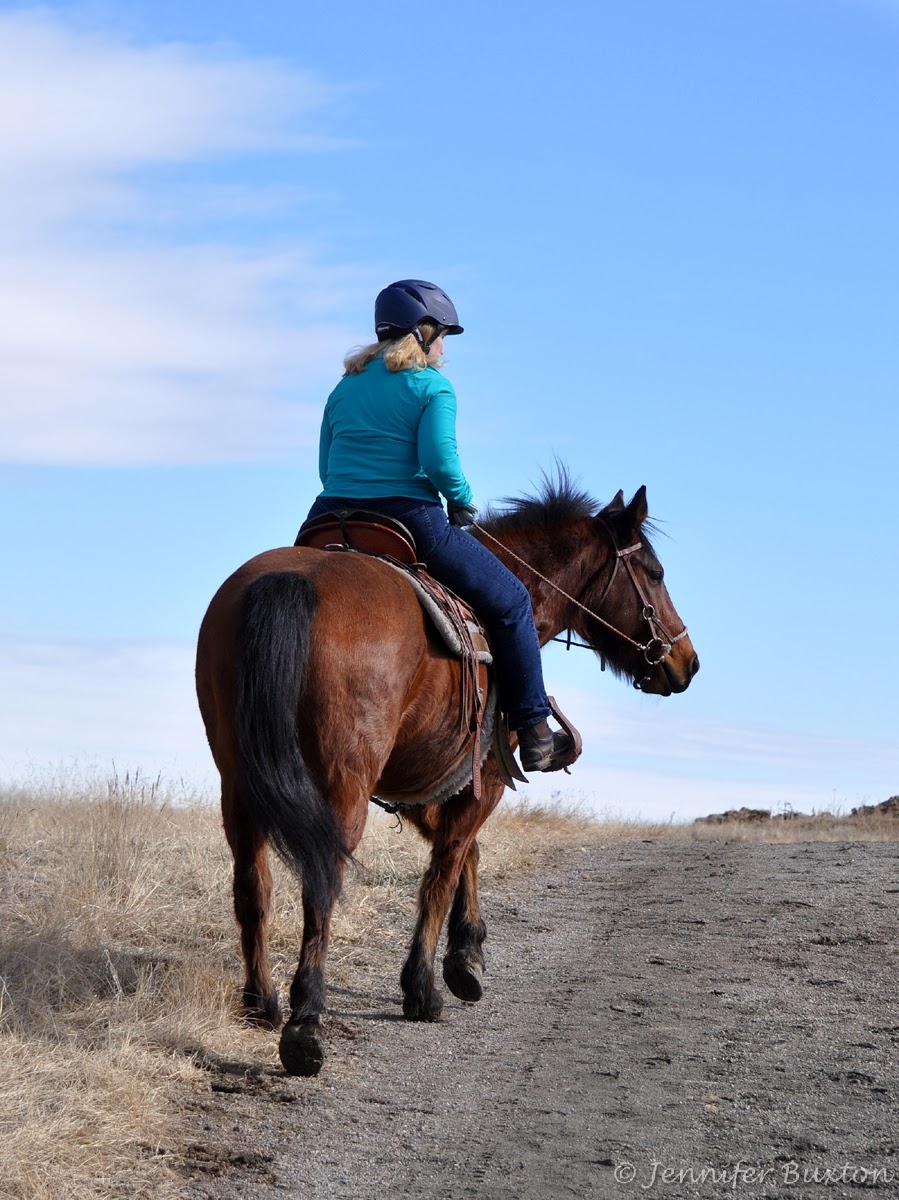 These are the trees where we usually see the eagle.  Not today, though! 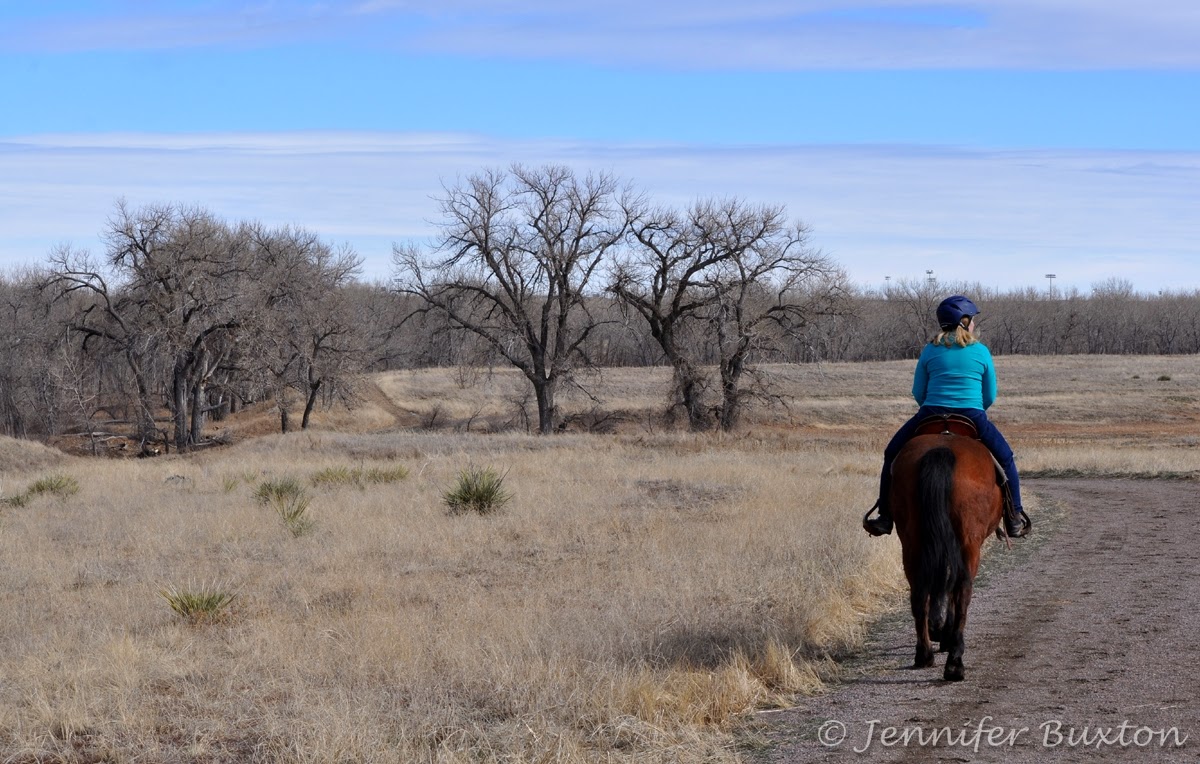 And this is area where the coyotes like to hang out.  Again, not today! 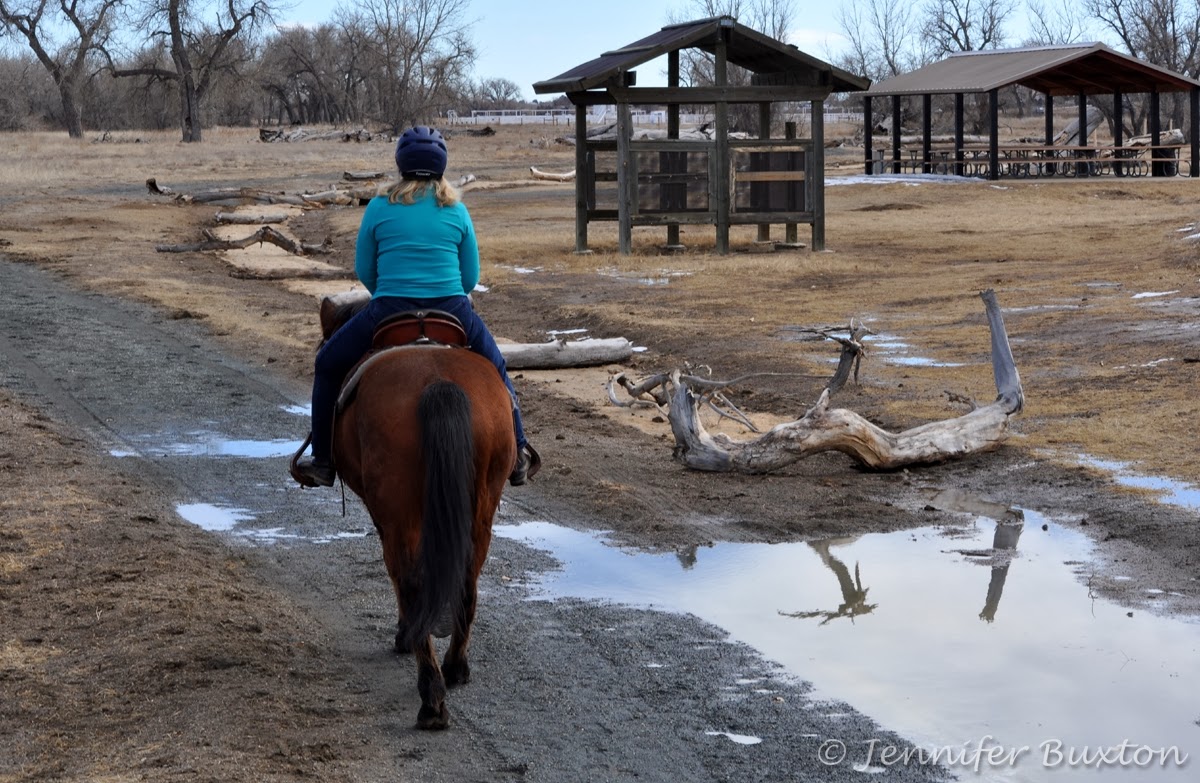 We did see a several hawks, or perhaps the same hawk several times.  It's not as exciting as a bald eagle, but it's definitely better than nothing. 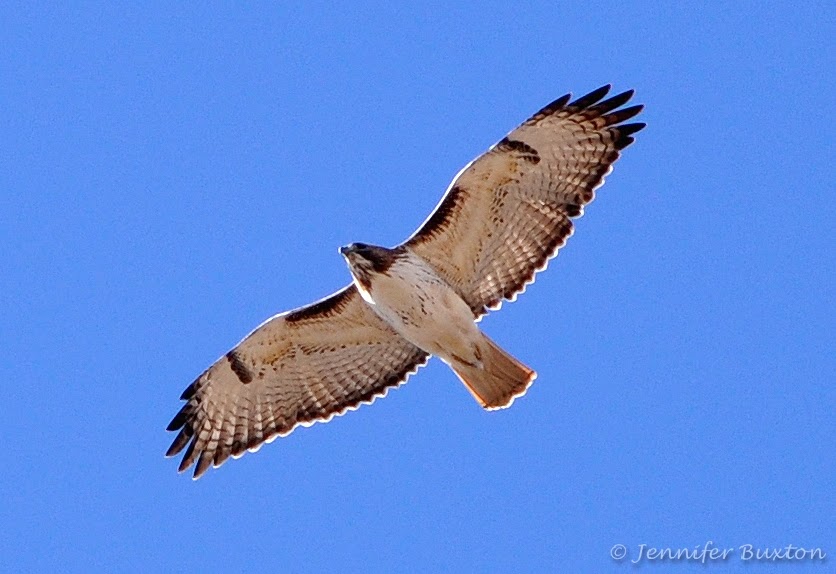 This was a good end to a long week.  Hopefully, next week will bring continued good health and productivity!
Posted by Braymere at 5:22 PM