One of the perks of working in a mobile tack shop was always having a front row seat for the Grand Prix on Sunday.  The pictures in today's bonus post were taken during the Grand Prixes at 1994 HITS Ocala Winter Circuit.

As a long time show jumping fan girl, I was most excited by the combination of Rodney Jenkins and Equador. 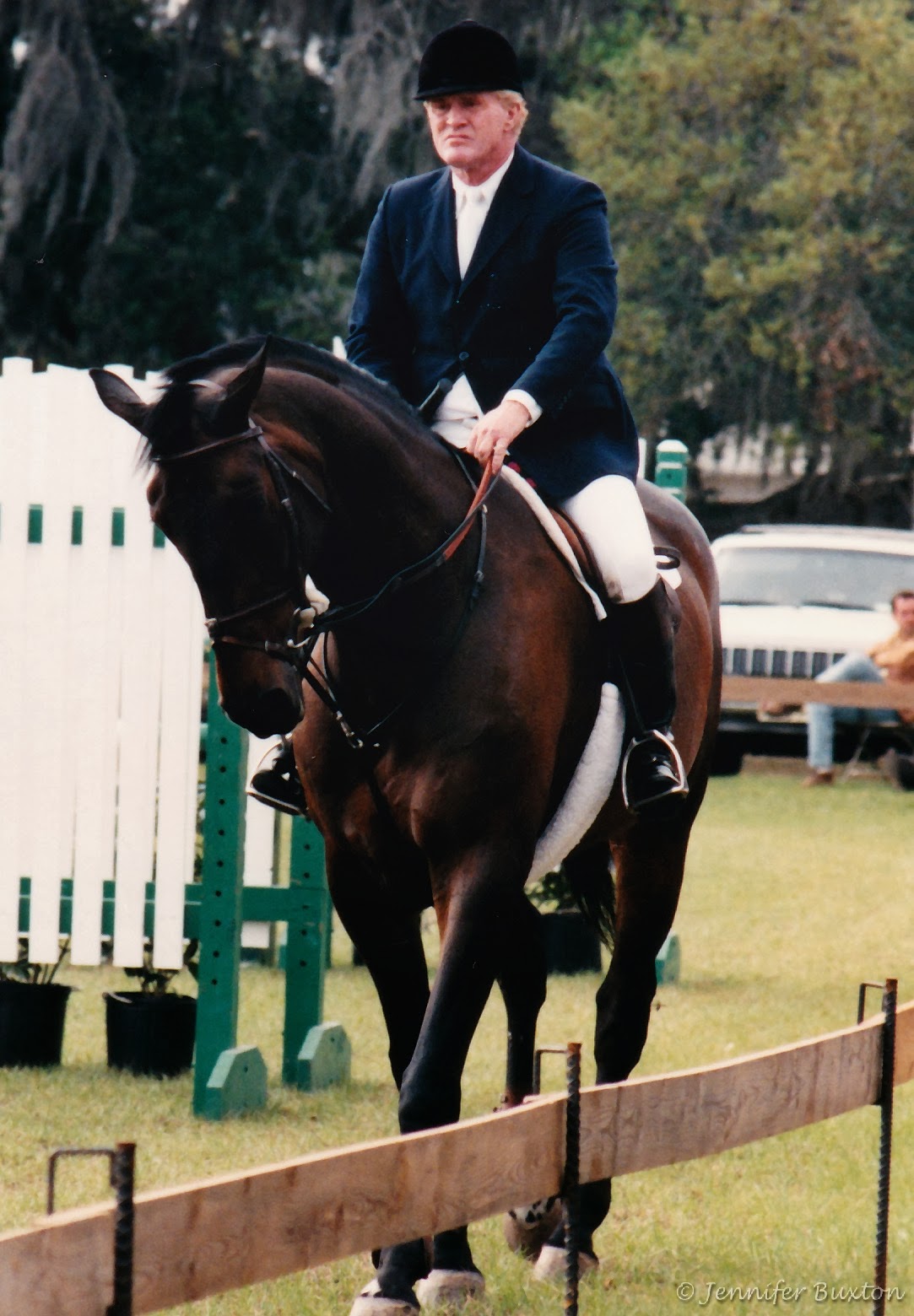 The famed "Red Rider" had retired from the show ring several years before, so it was a rare and unexpected treat to see him in action. 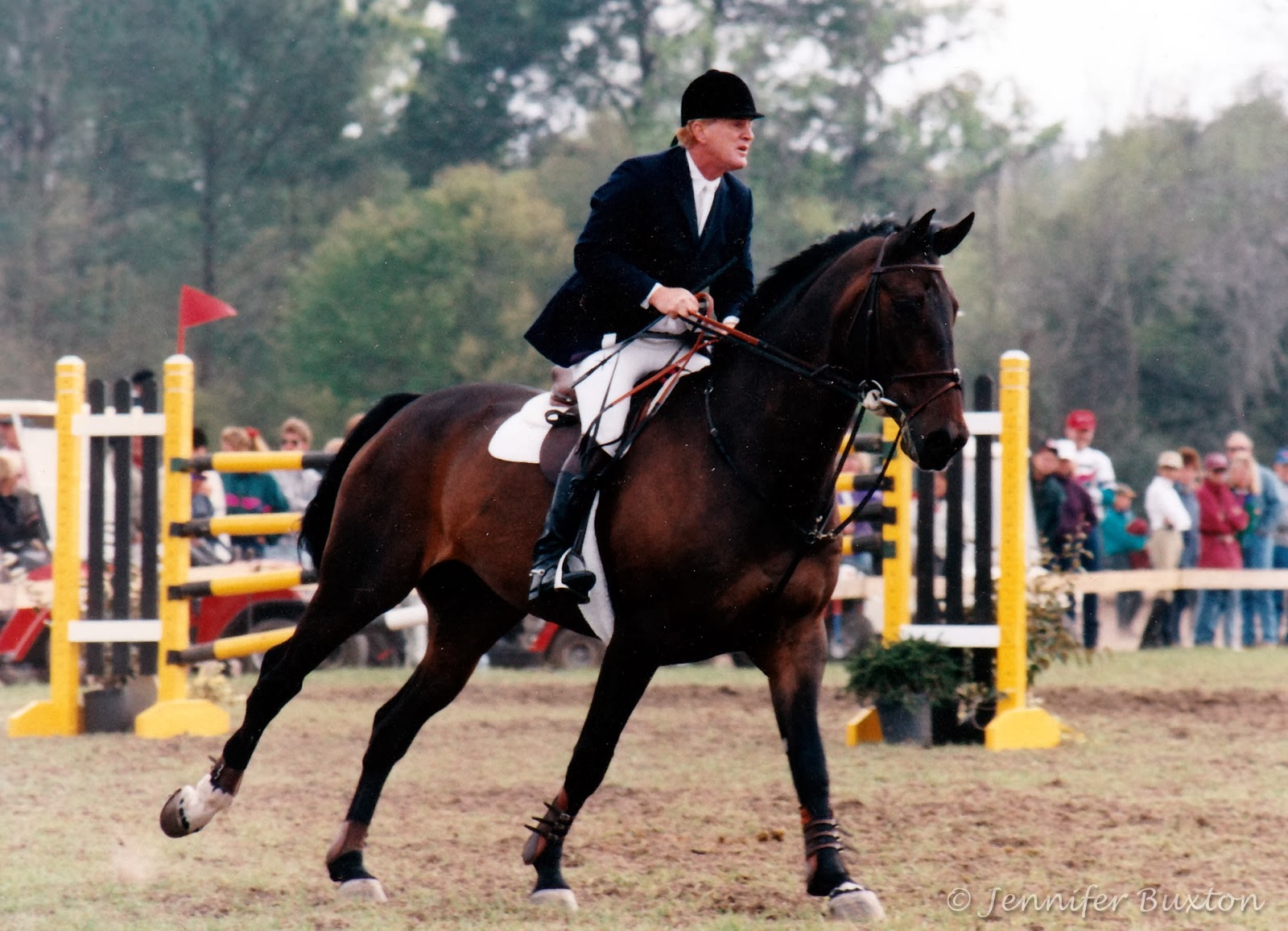 Not surprisingly, I took lots and lots of photos. 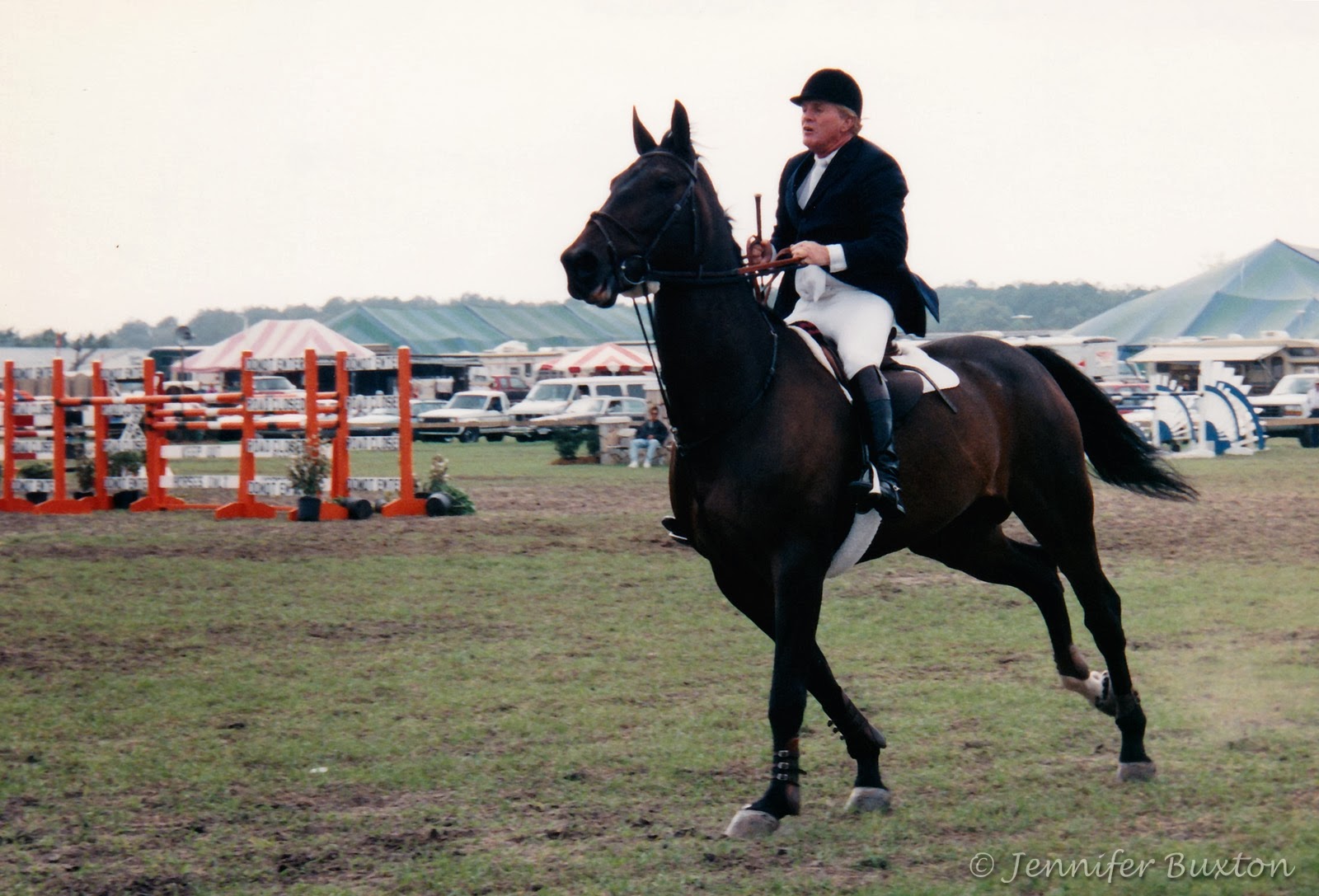 I also met Rodney briefly, but I was too shy to say anything.  All I could think was "OMG, I'm standing next to Rodney Jenkins!" 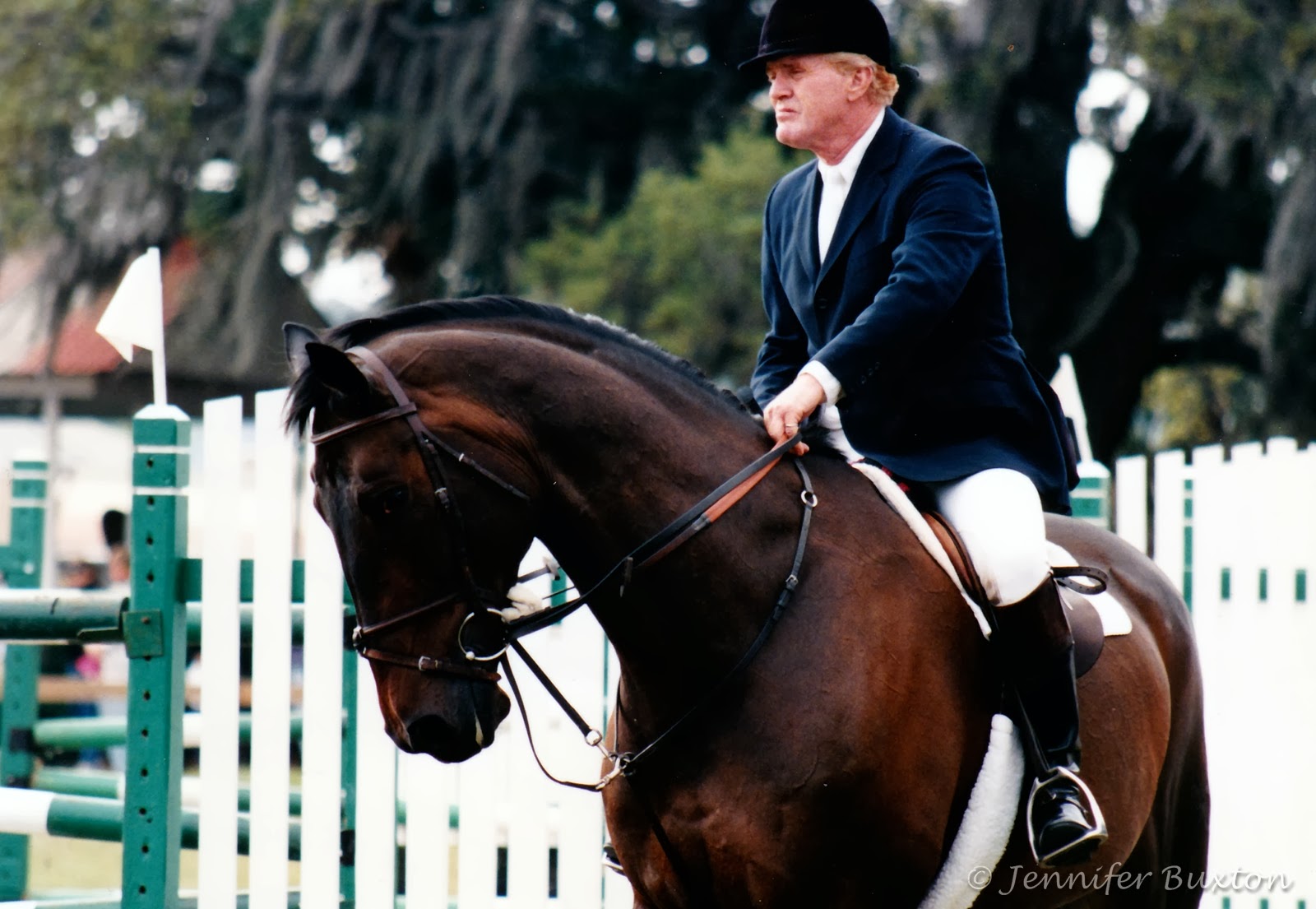 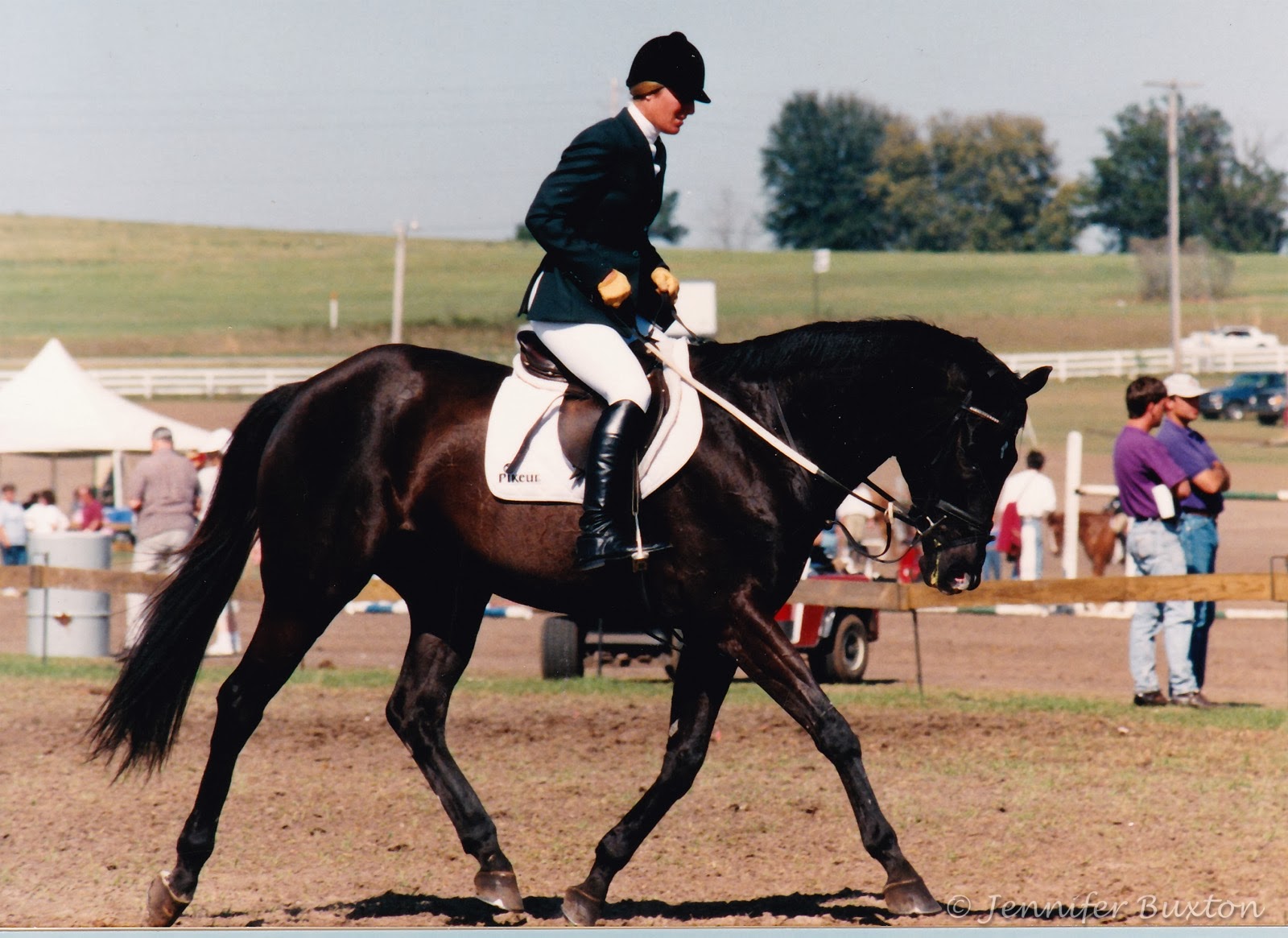 This combination was so exciting to watch. 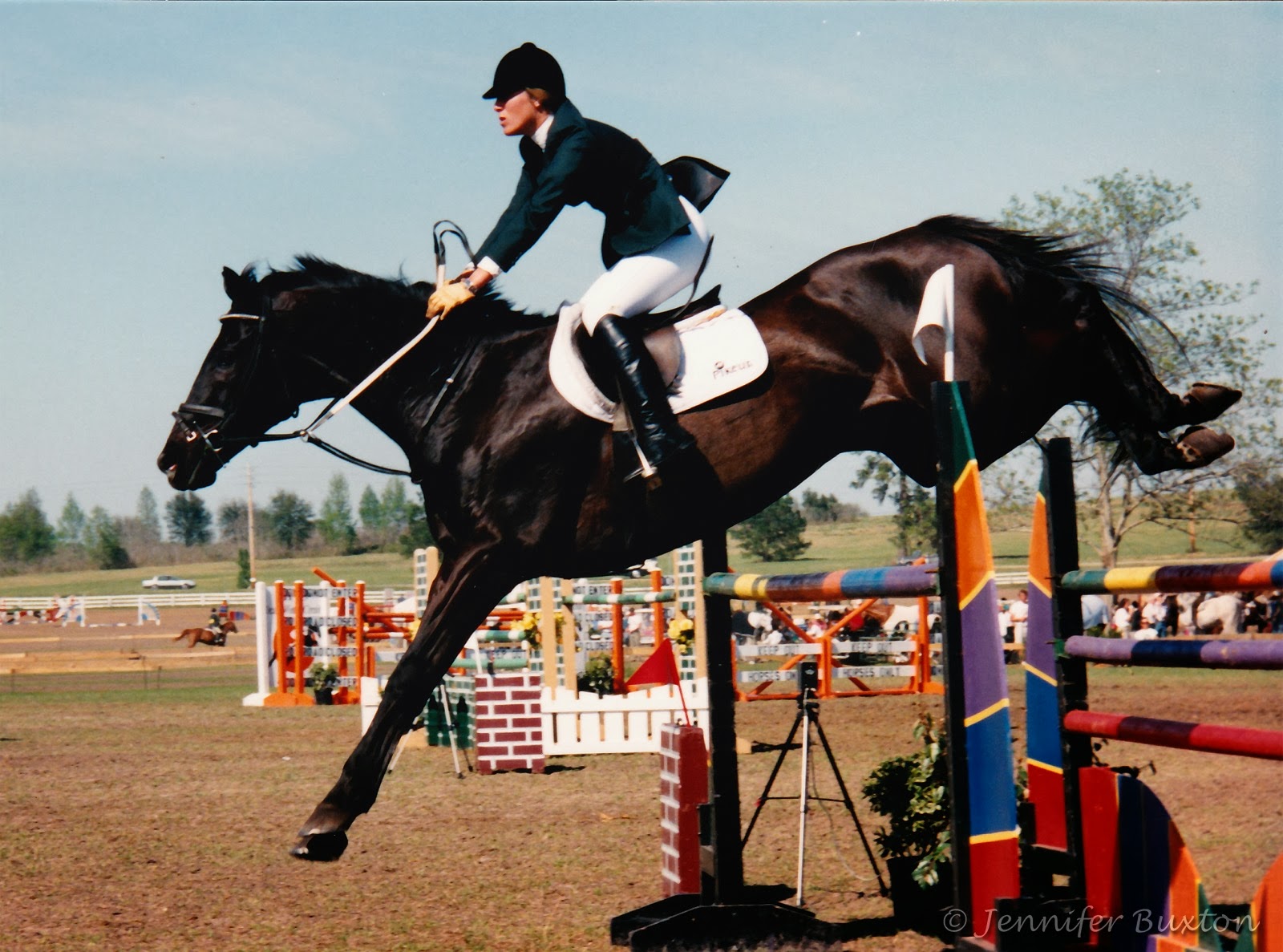 Pilot Point was a very unorthodox jumper, and he was fast.  He was always a threat to win when he left the jumps up. 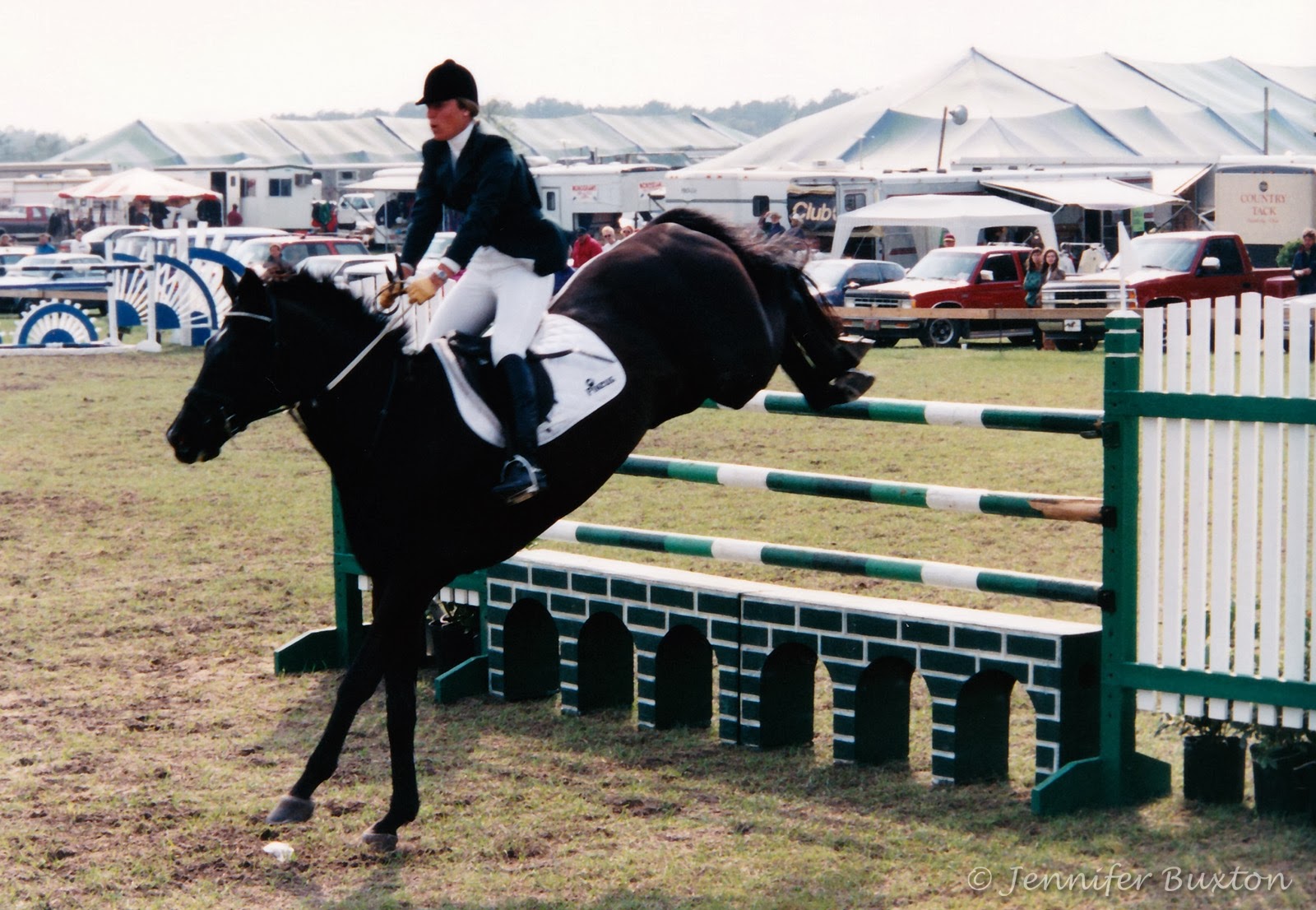 Vicky's other horse, Catch a Wave, was almost as exciting.  He is shown here with her sister, Penny Miller in the irons. 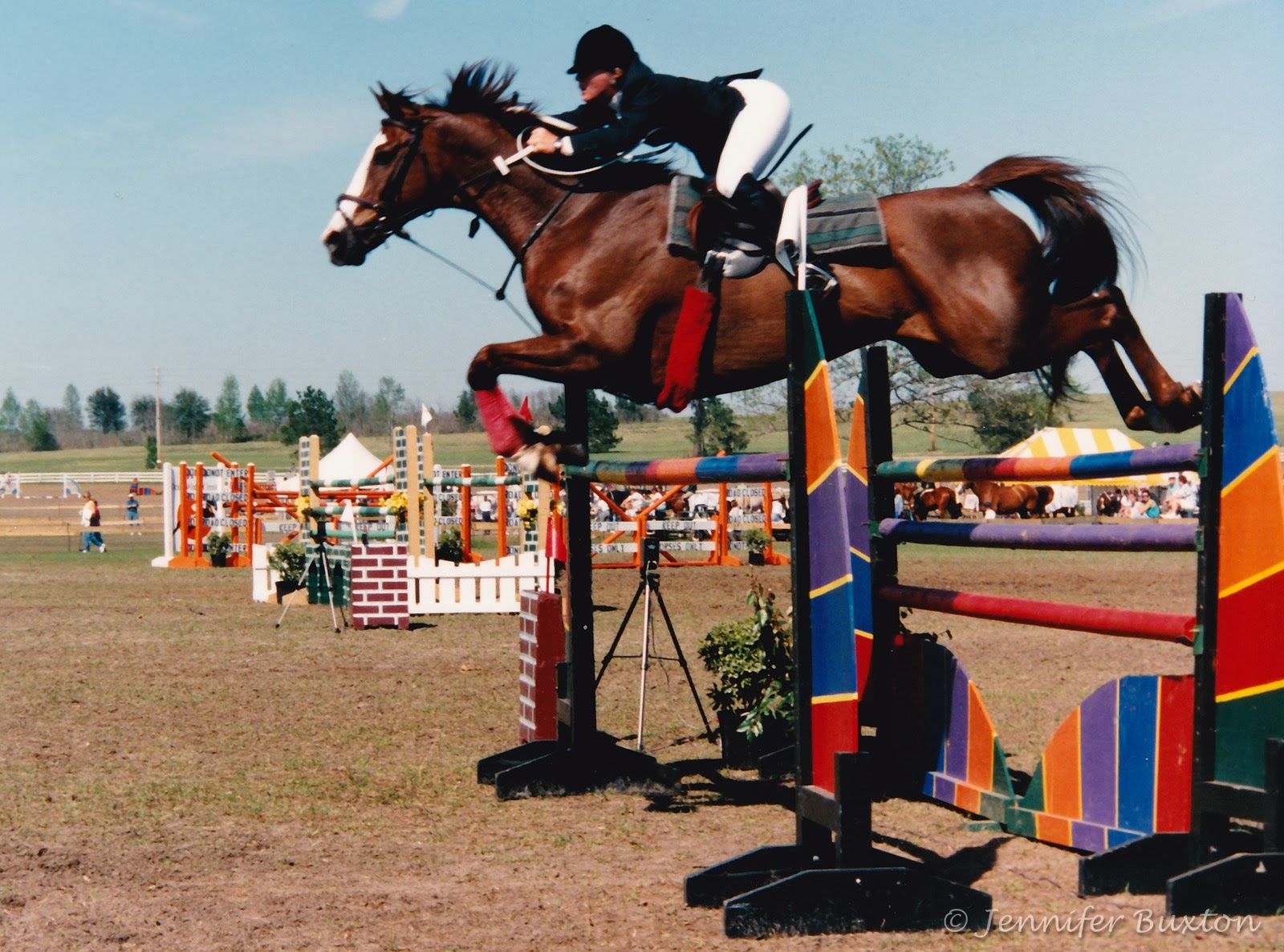 Some of the other horses and riders that caught my eye and camera lens included Chuck Waters and Gold Card, 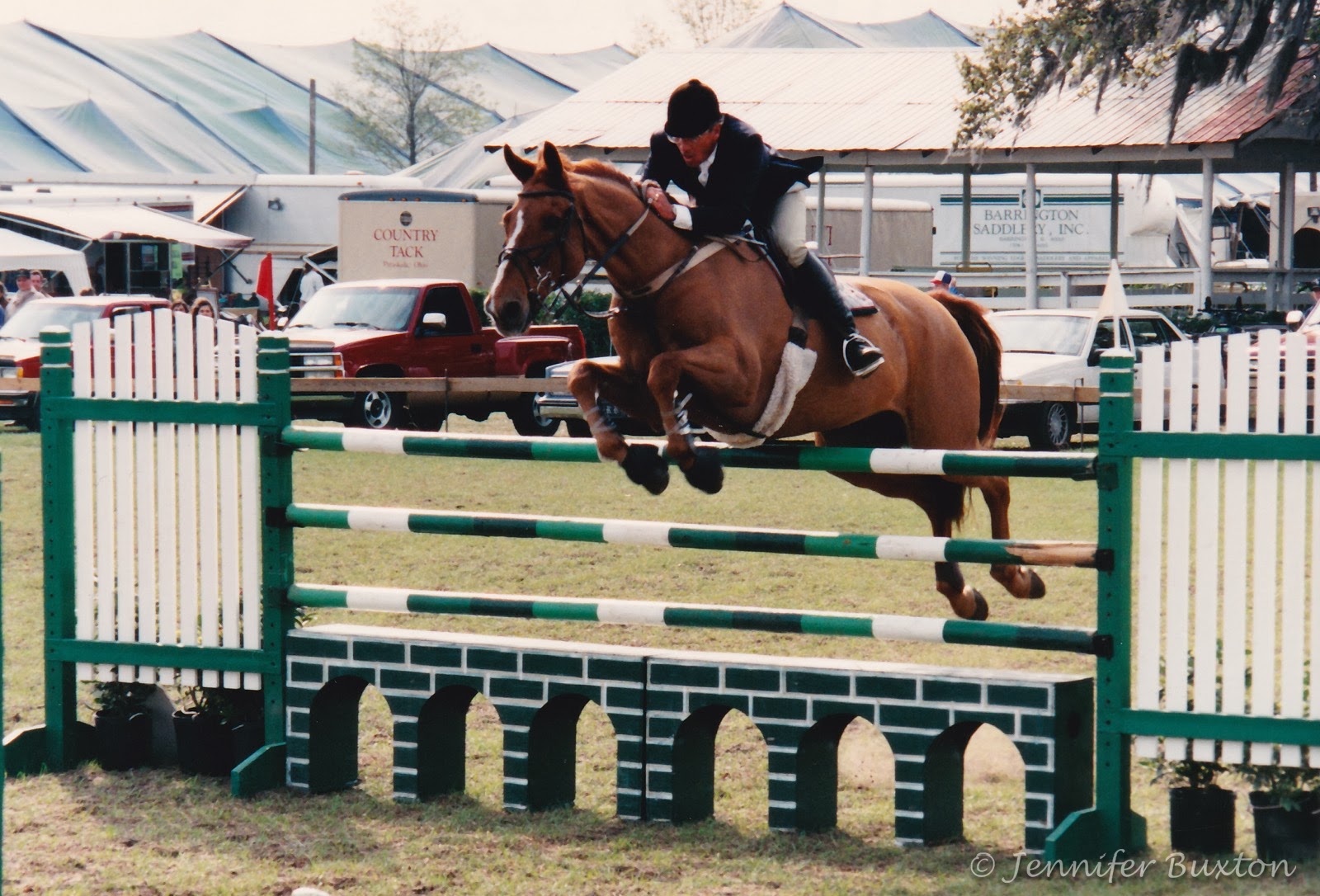 (even before I was making tack, I always took pictures of tack!) 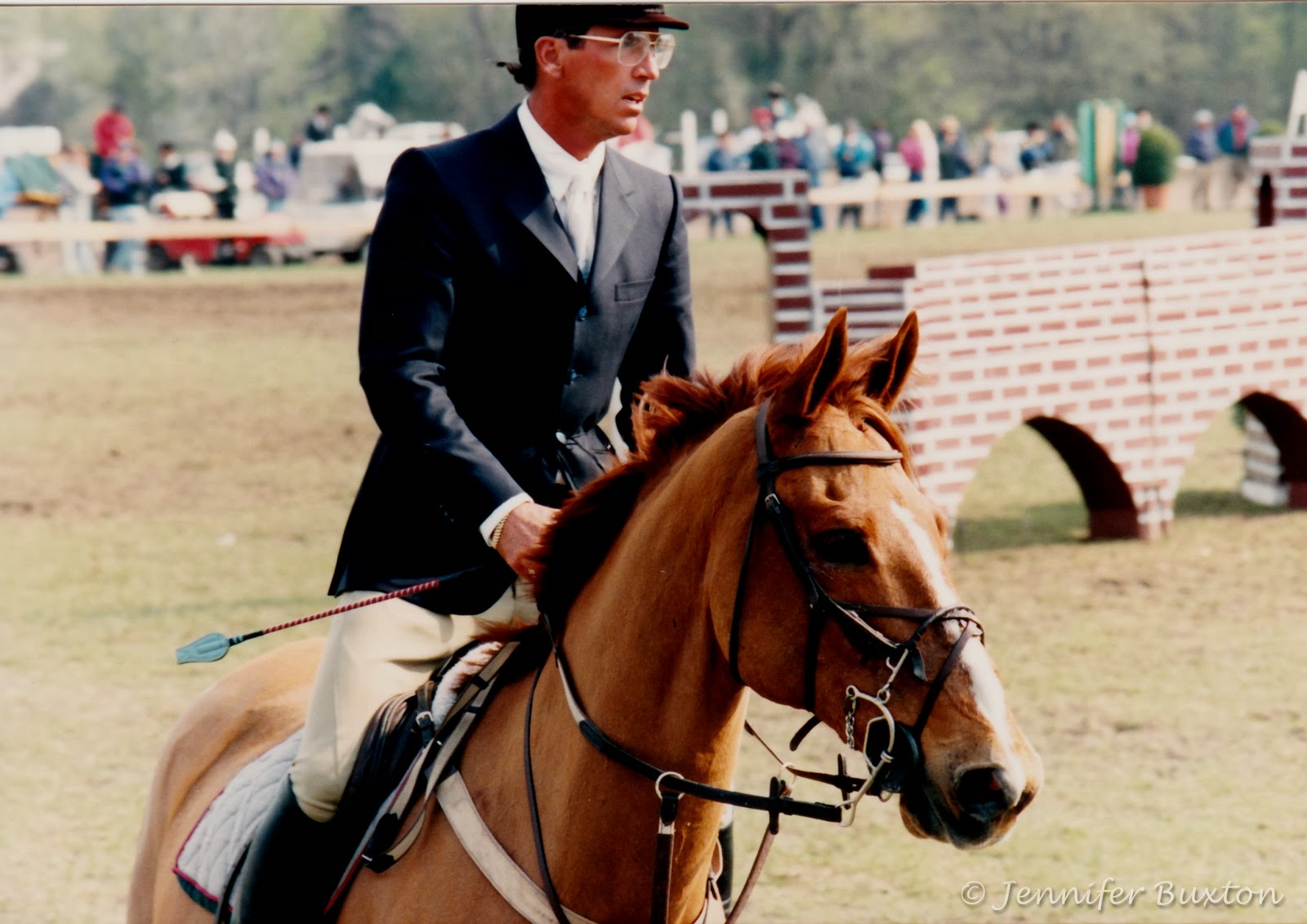 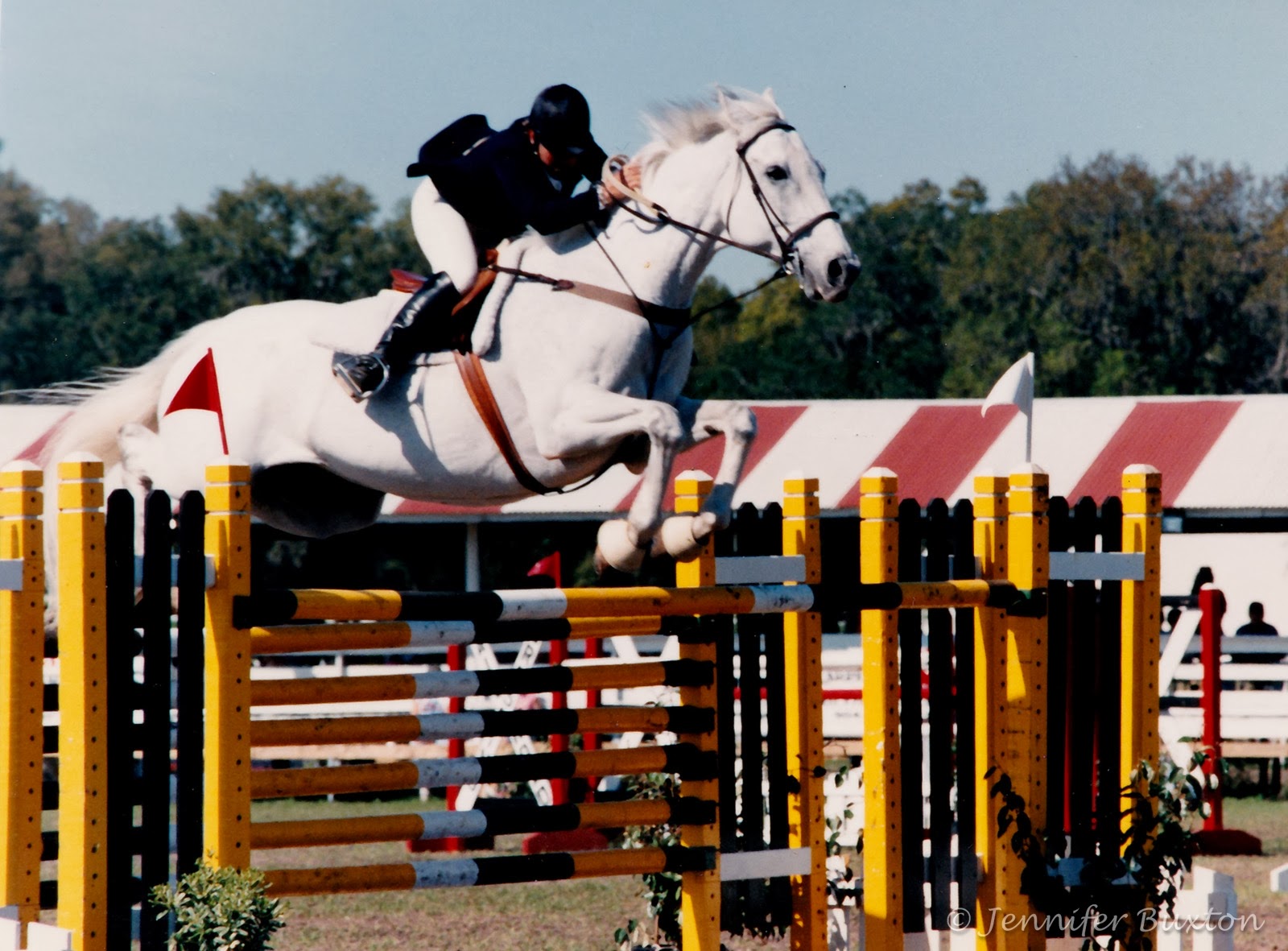 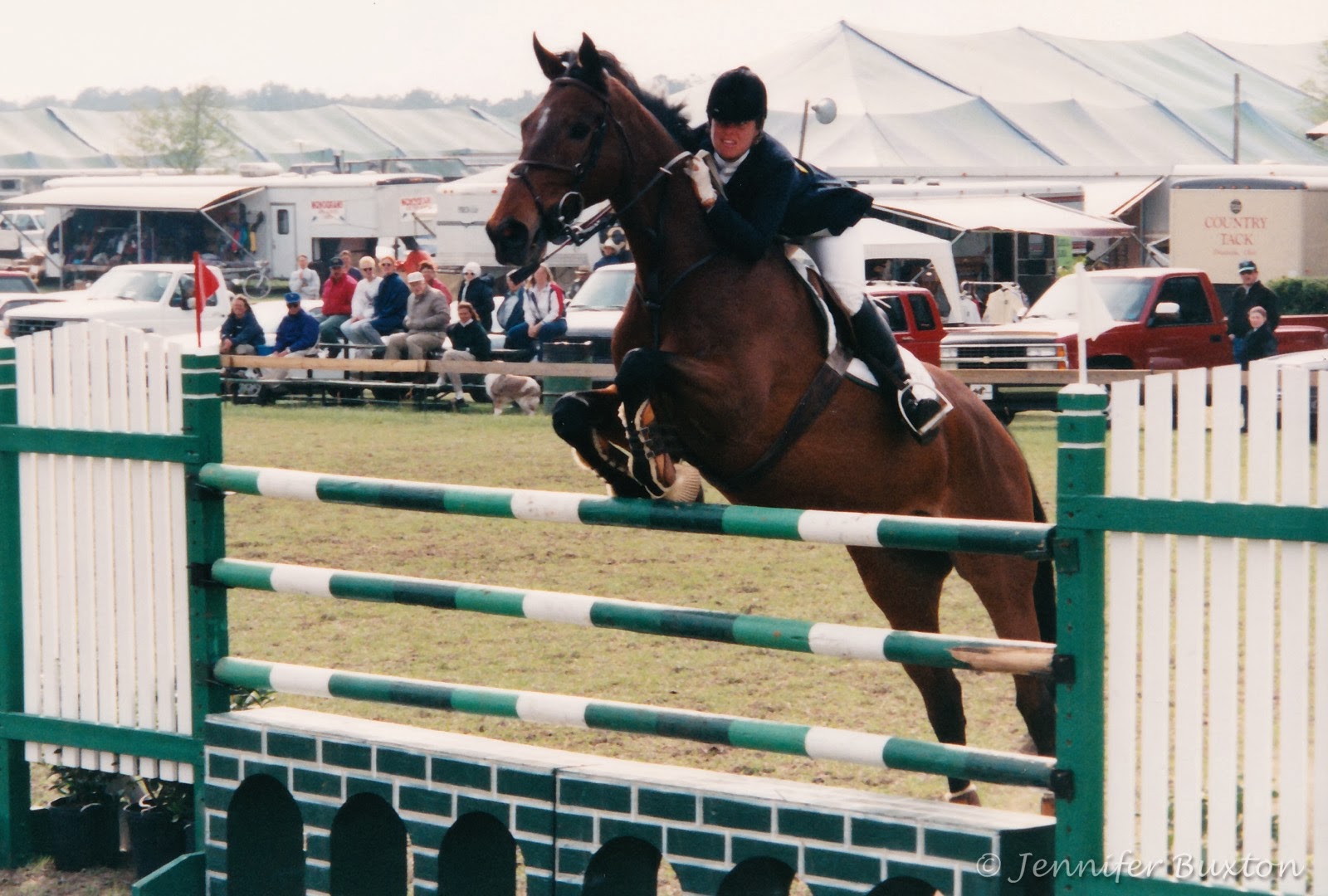 Canada's Hugh Graham and Pan Am B, 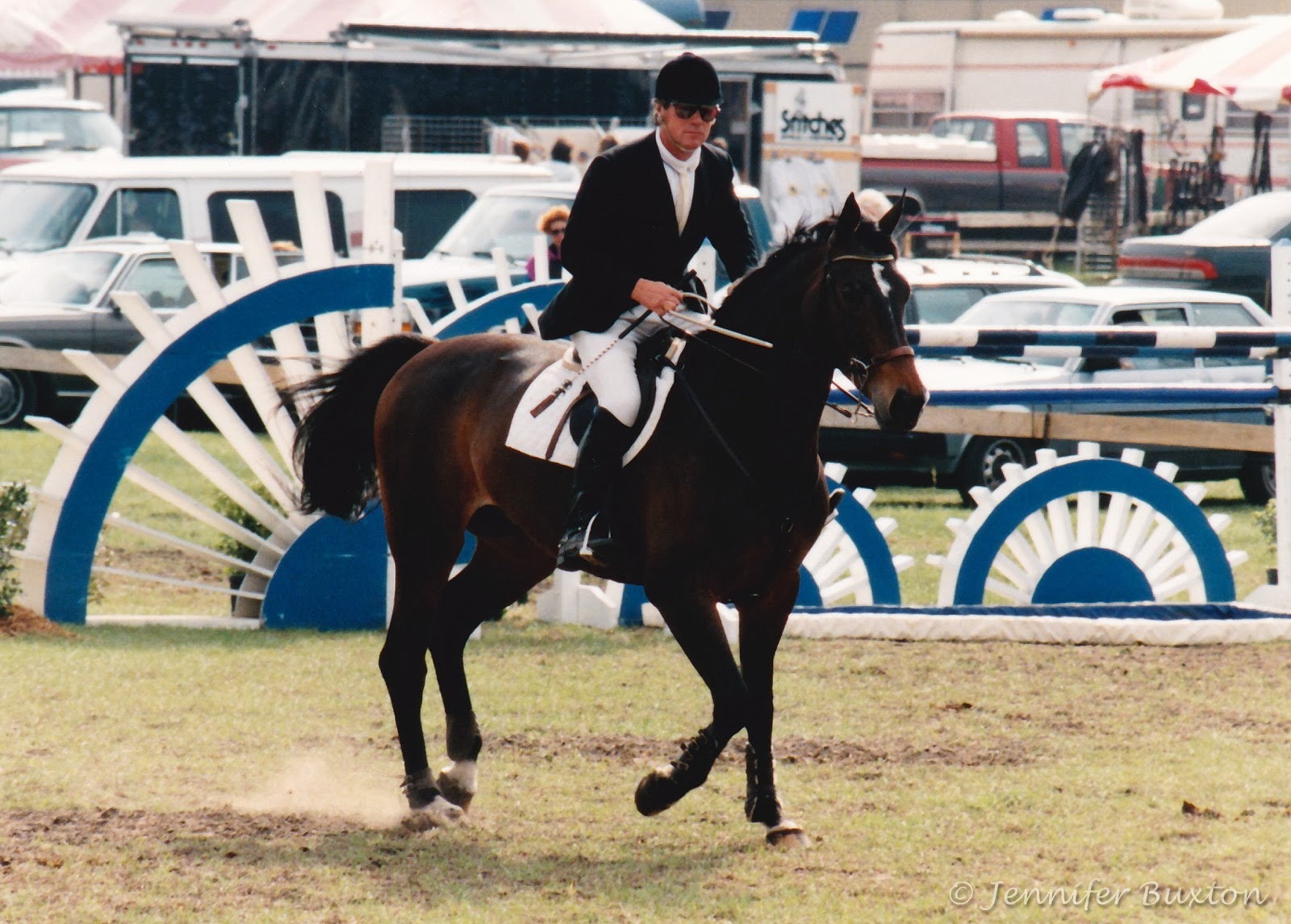 and Ireland's Kevin Babington and Tornado.  This horse went on to be the 1994 National Grand Prix League Horse of the Year. 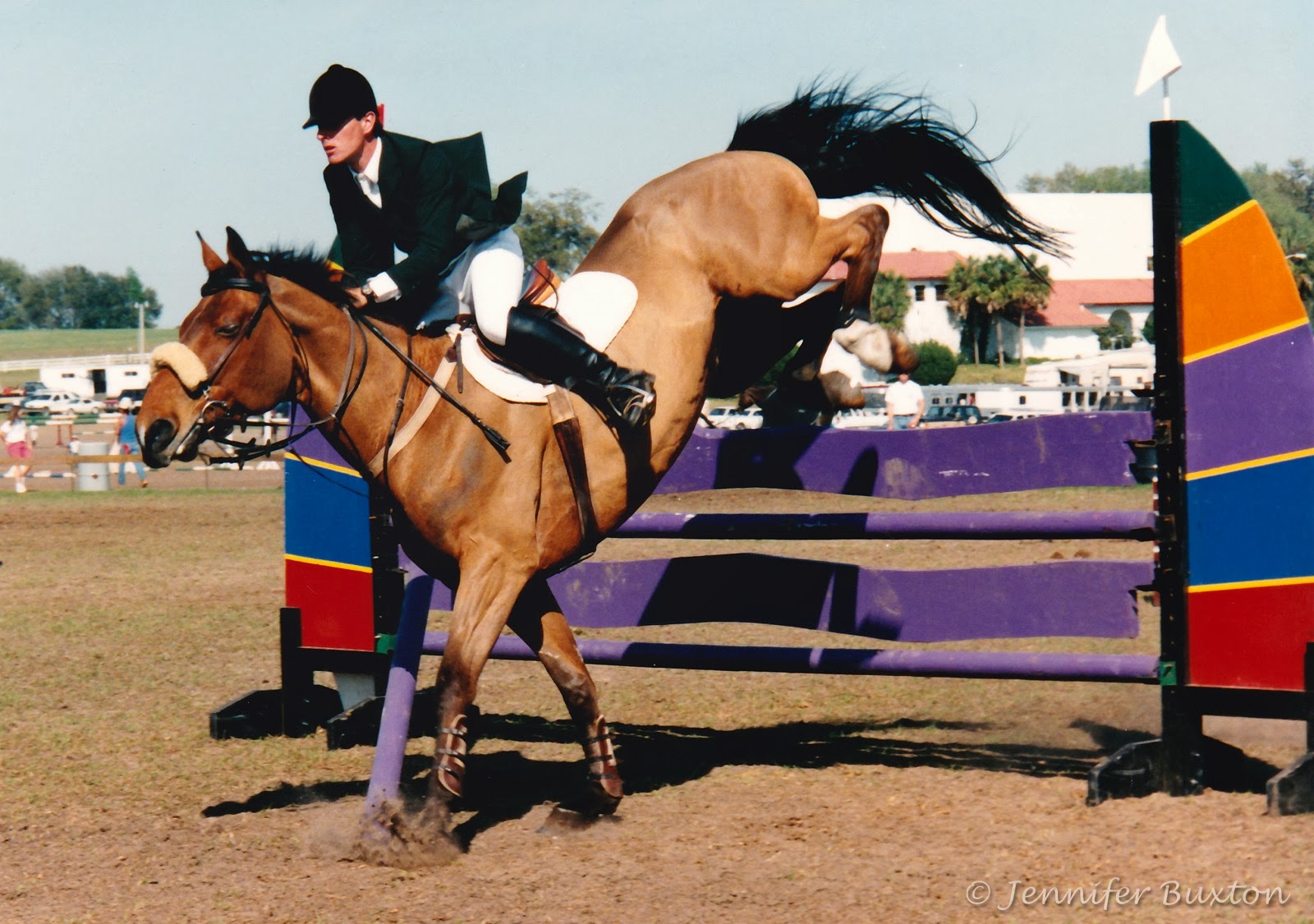 It's really fun for me to get out all these old pictures and take a walk down memory lane.  Hope you enjoyed them, too!
Posted by Braymere at 5:02 PM