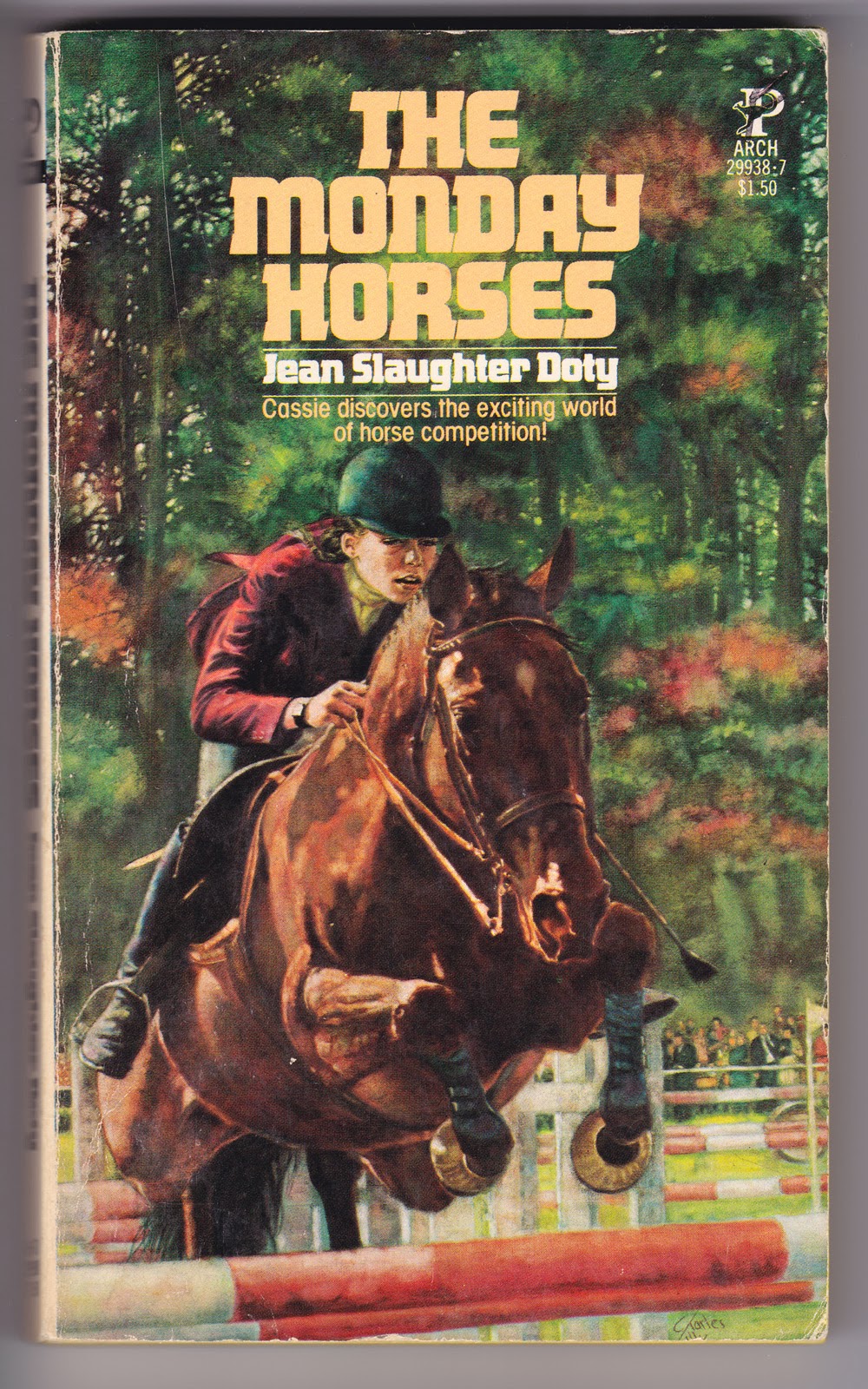 After her horse suffers an injury on the trail, Cassie becomes a working student at a top hunter barn.  Although much of the book is focused on the ups and downs of showing, the title refers to the quiet times between the shows, when horse care, rather than riding, takes center stage. 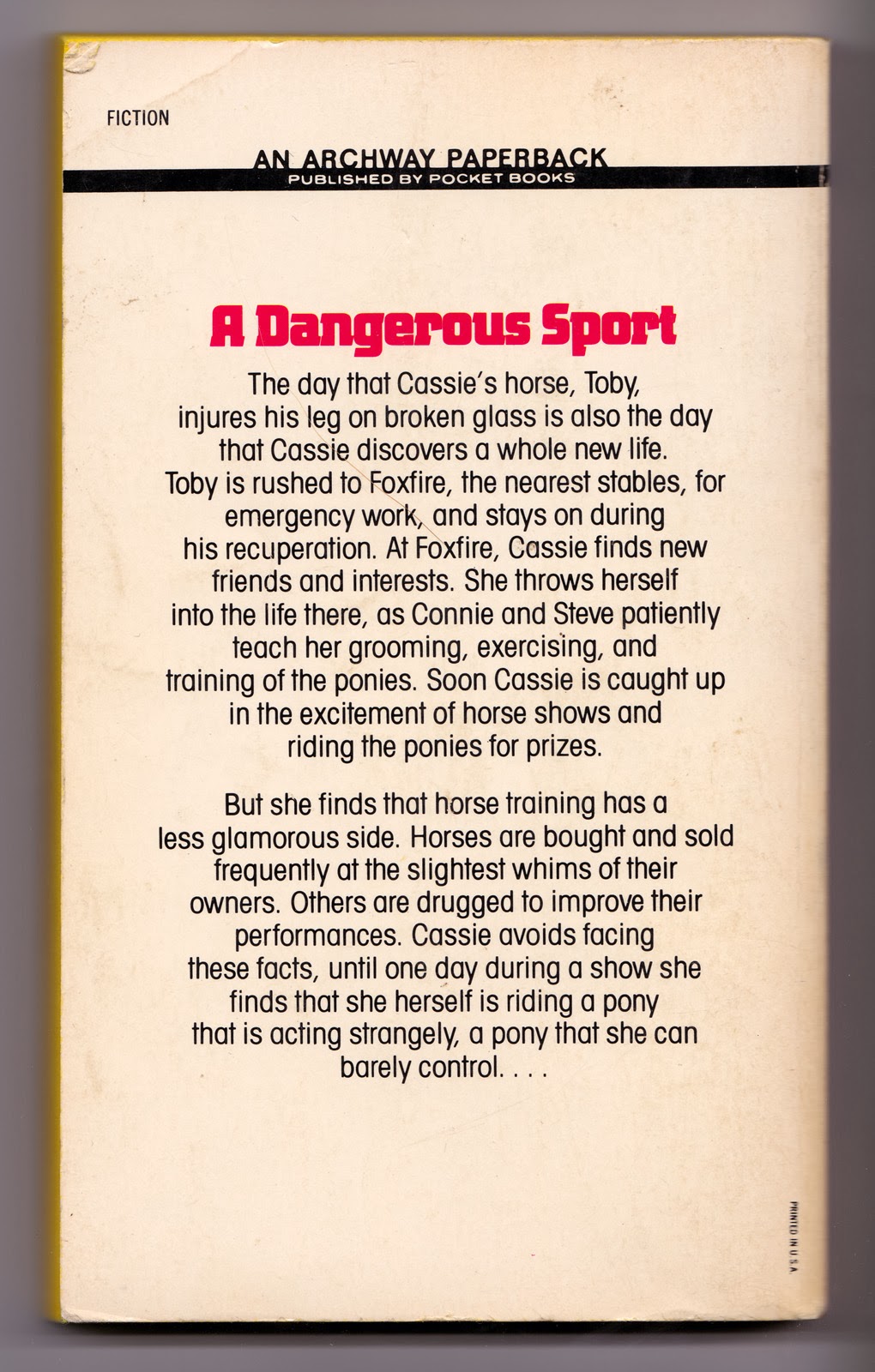 When I lived on the show circuit, Mondays were usually my only non-horsey days.  Occasionally, I'd go to the showgrounds to hack one or both of Judy's hunters, but more often than not, I'd use the day to rest, recuperate and explore whatever city I happened to be in.  During the 1994 HITS Ocala Winter Circuit, however, my off-days were filled with horsey field trips to some of the areas most impressive breeding farms. 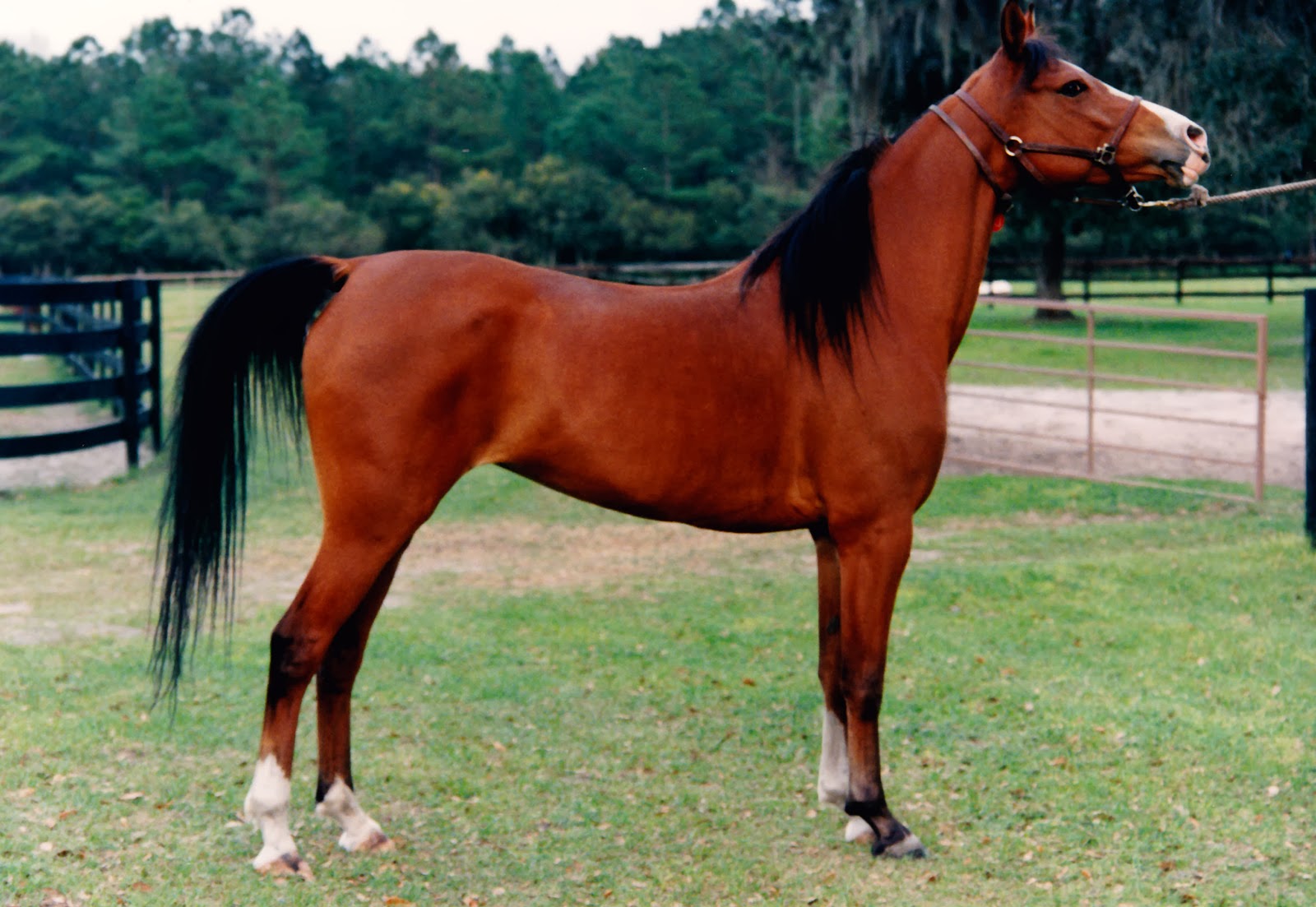 My friend, Cathy, arranged these outings, so it's no surprised that Rohara Arabians was our most frequent stop. 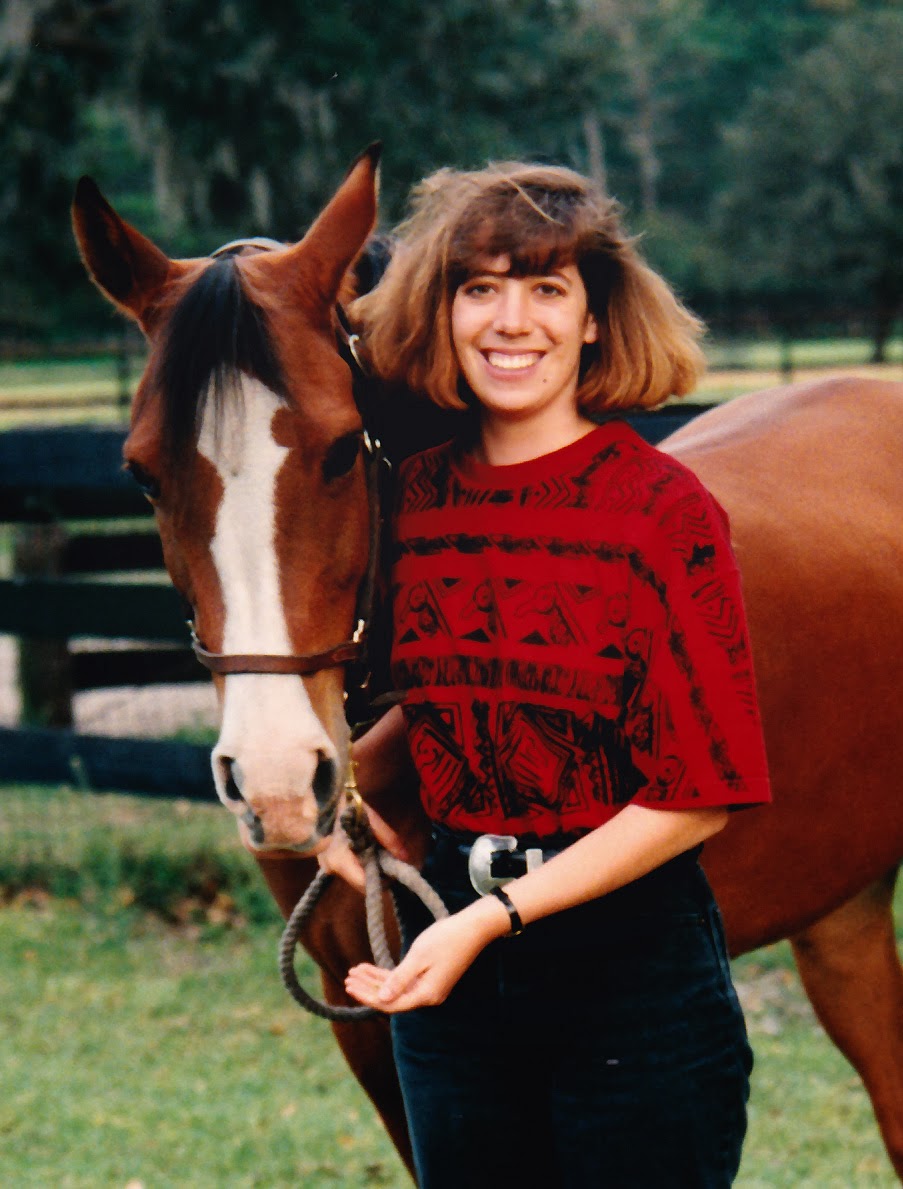 Cathy's mare, Tsouri, was staying there part time while she was being bred to one of the farm's many stallions. 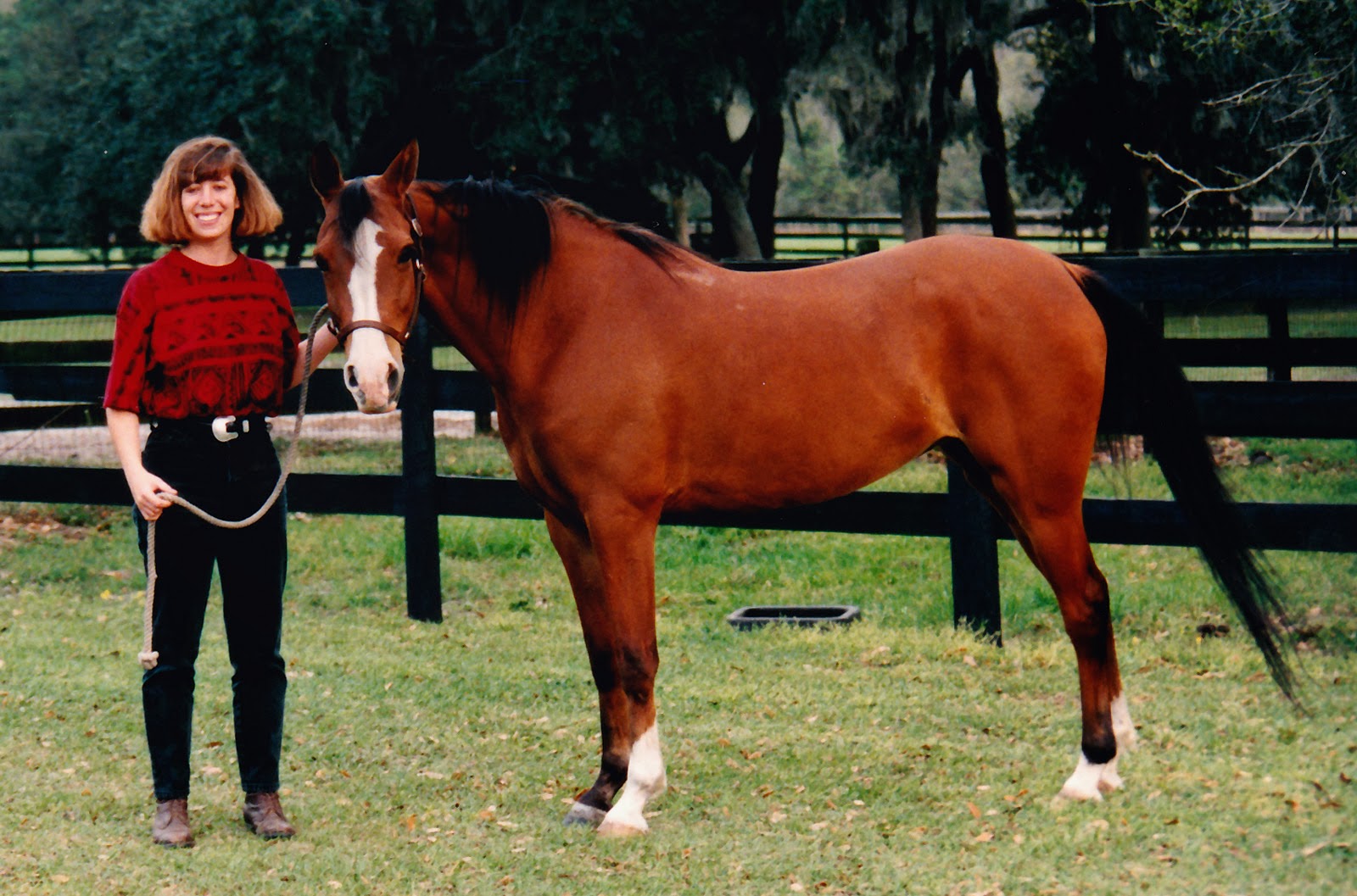 We'd stop in and visit her first, then work our way around Rohara's one hundred and twenty five acres. 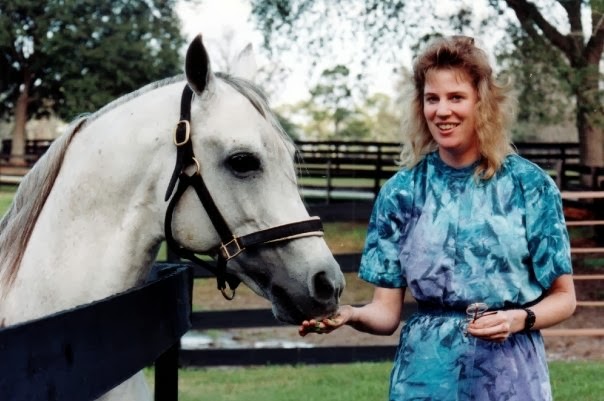 This pretty stallion is Rohara Samurai.  He was a great favorite of Cathy's. 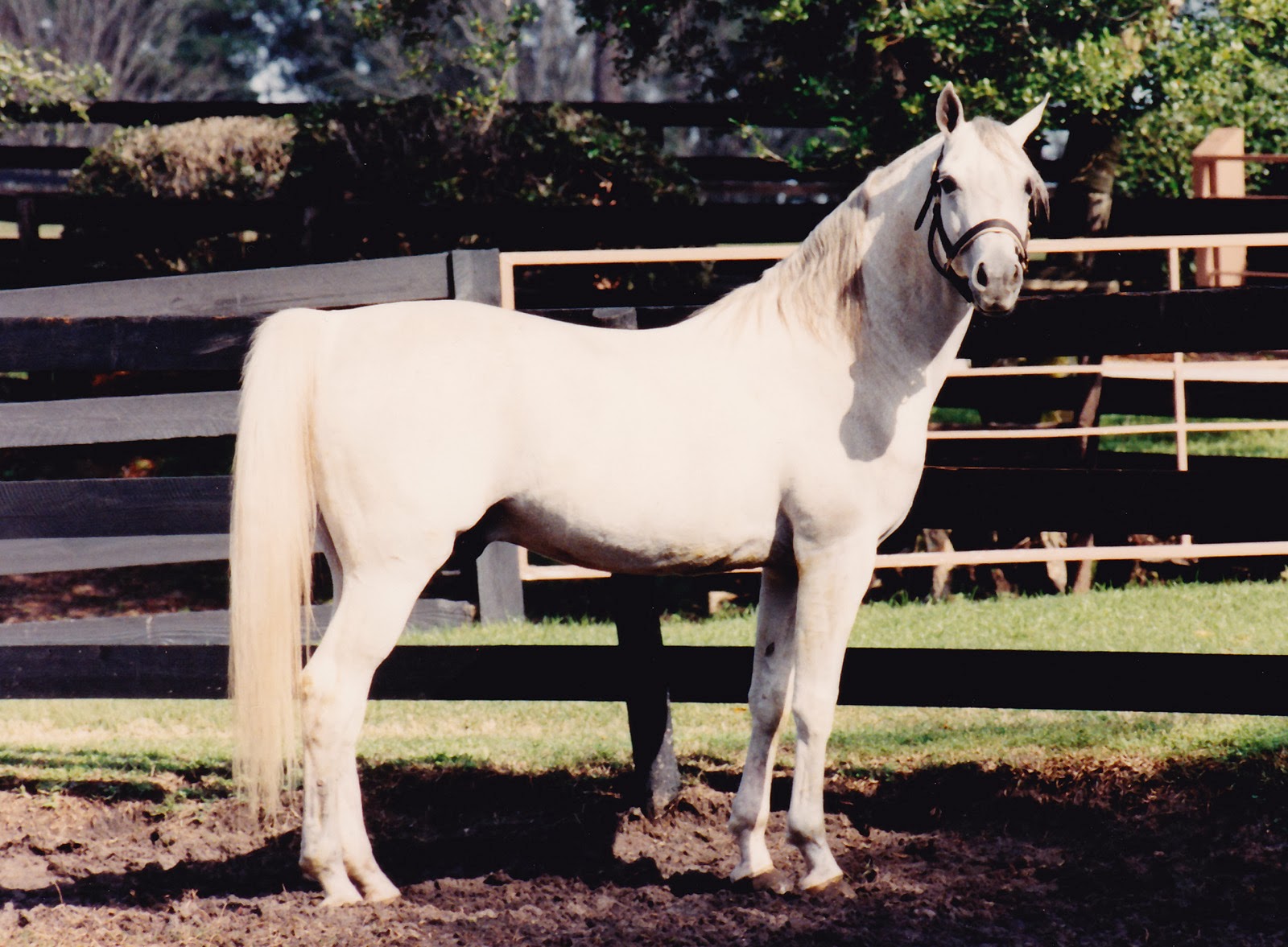 The most famous horse on the premises was Ivanhoe Tsultan. 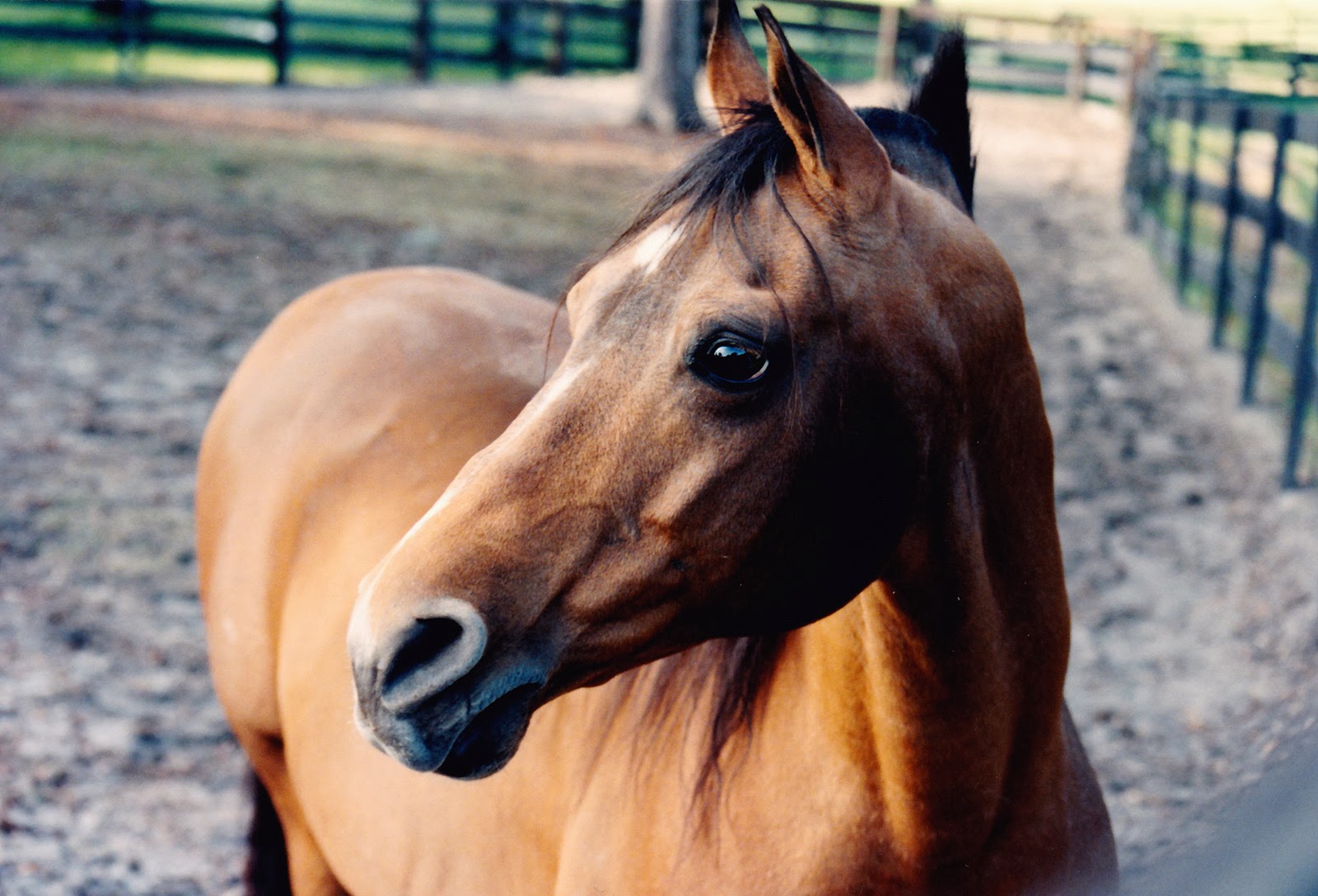 Ivanhoe Tsultan was one of the first Arabian stallions to sire over one hundred champions, with national winners in halter and EVERY major performance division, including dressage and racing.  He is also, incidentally, the sire of Cathy's Tsouri. 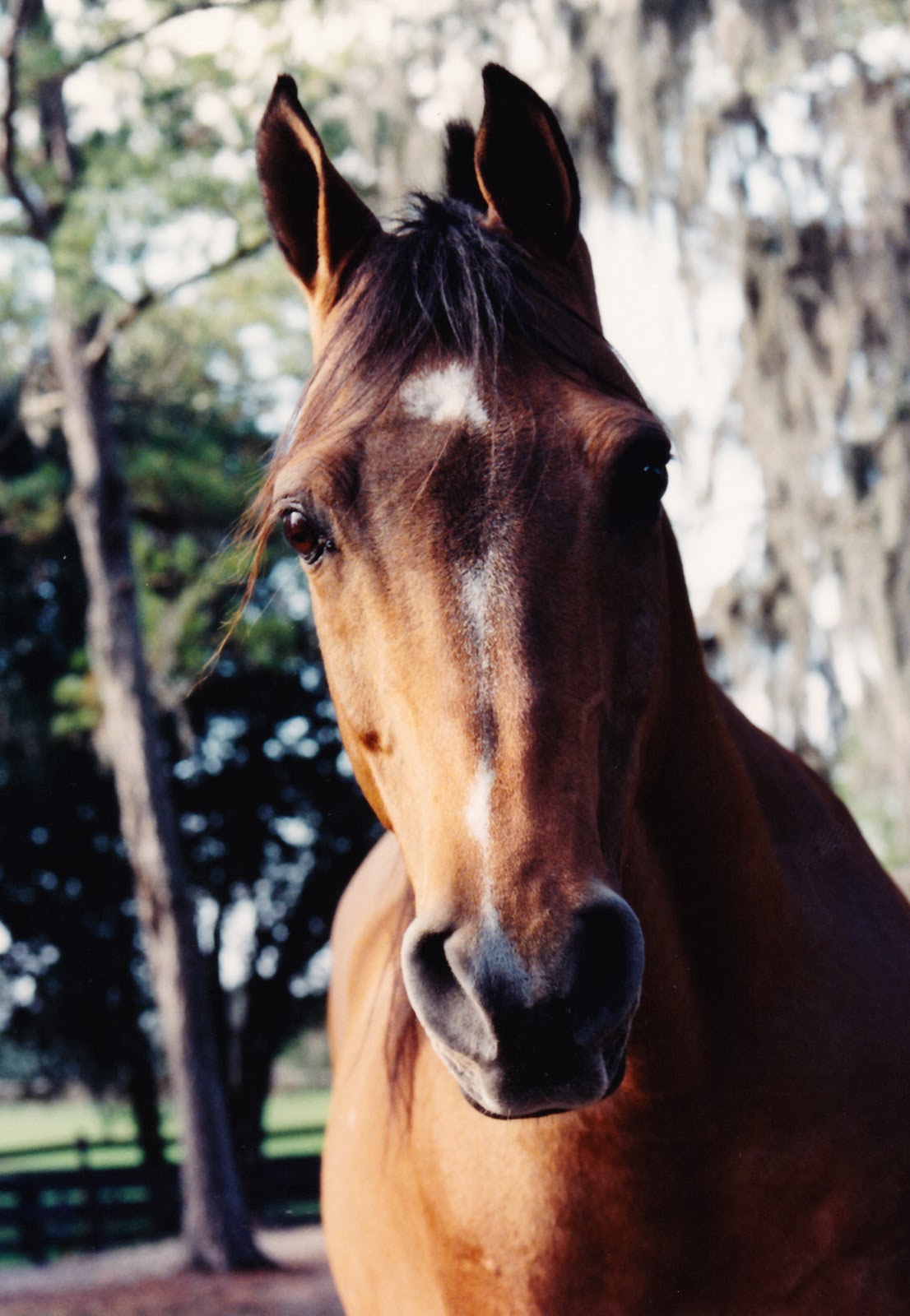 Another stop on our tour of Florida's horse country was Silverleaf Farm in Orange Lake. 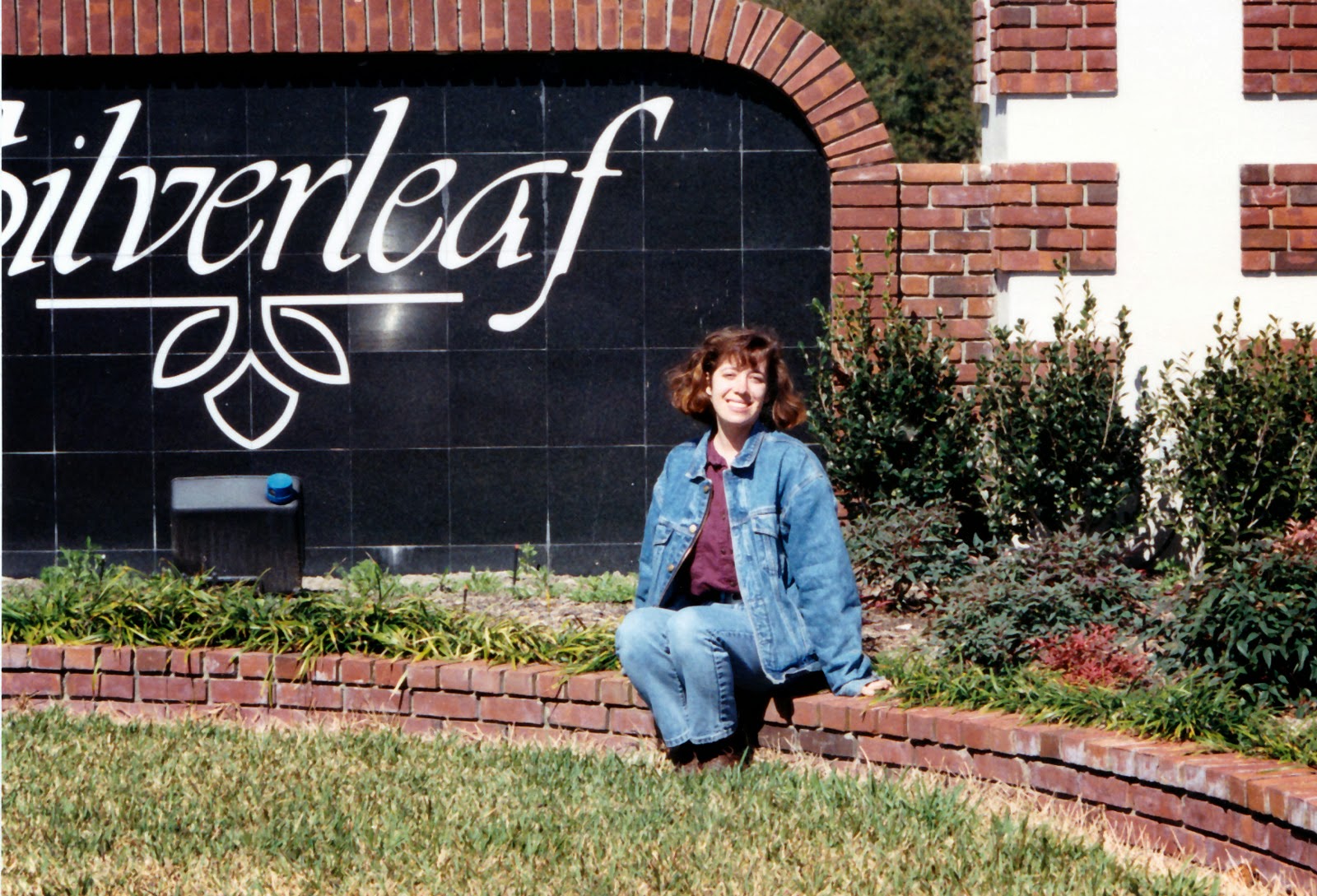 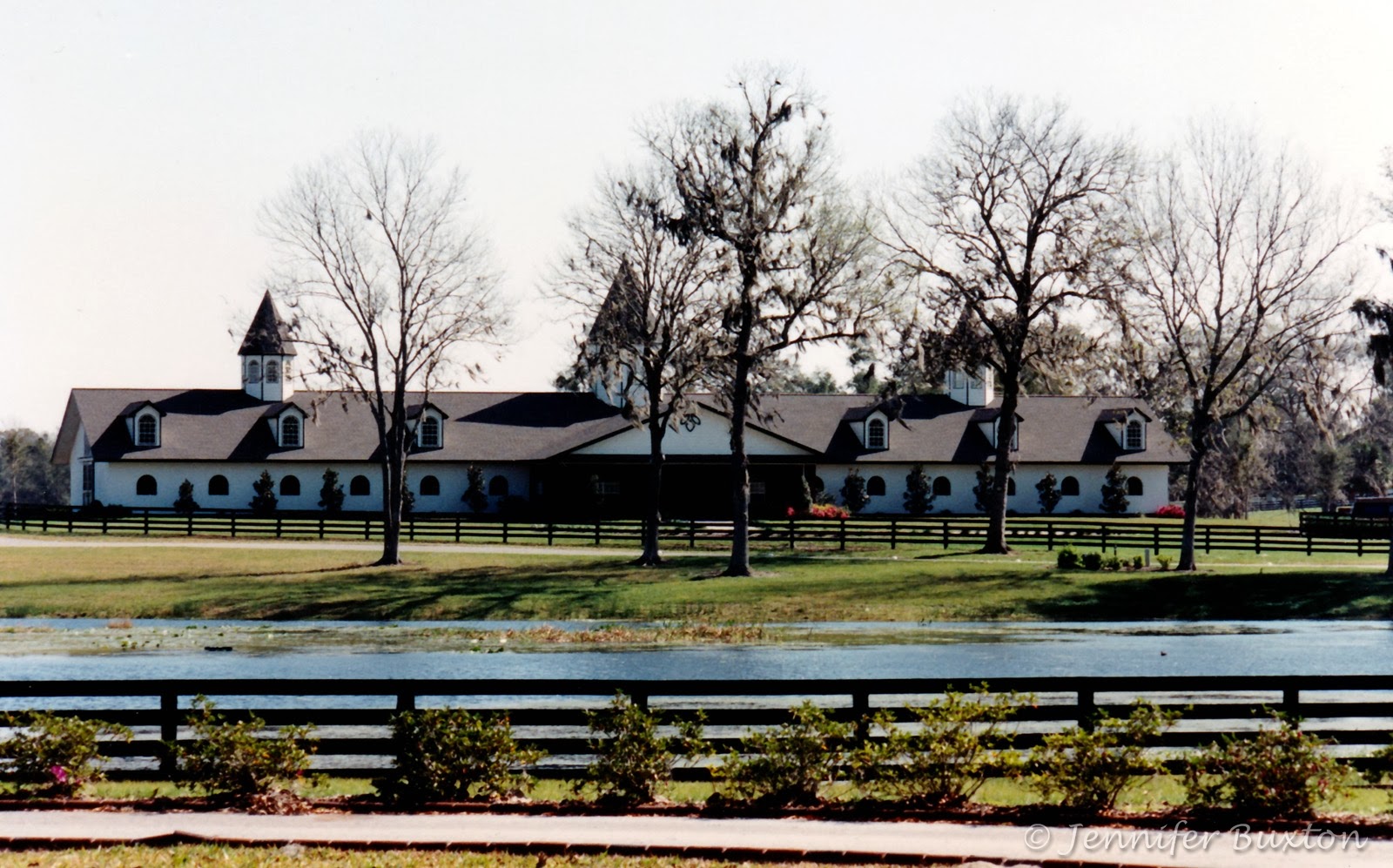 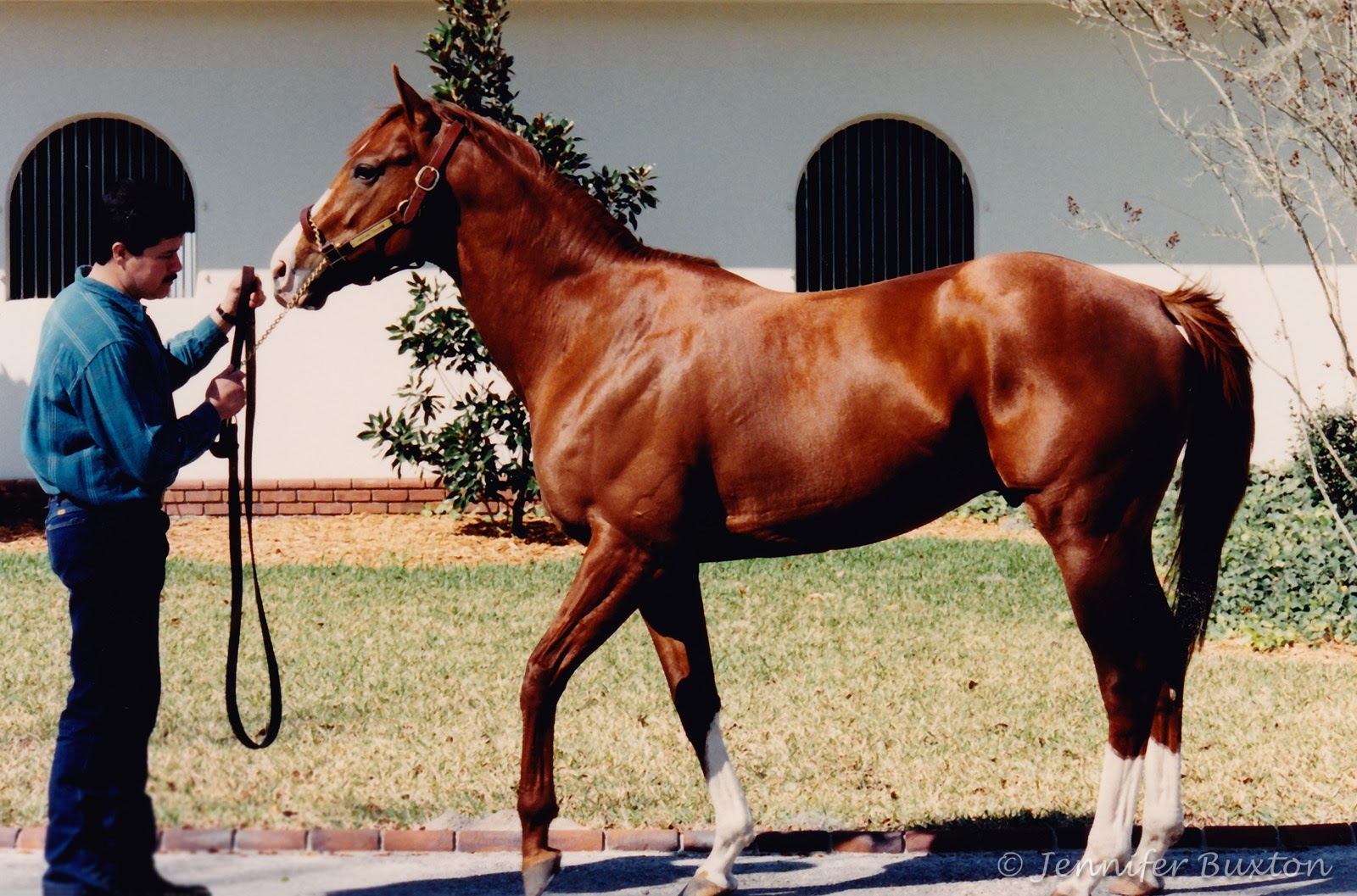 but this is Mr. Frisky. 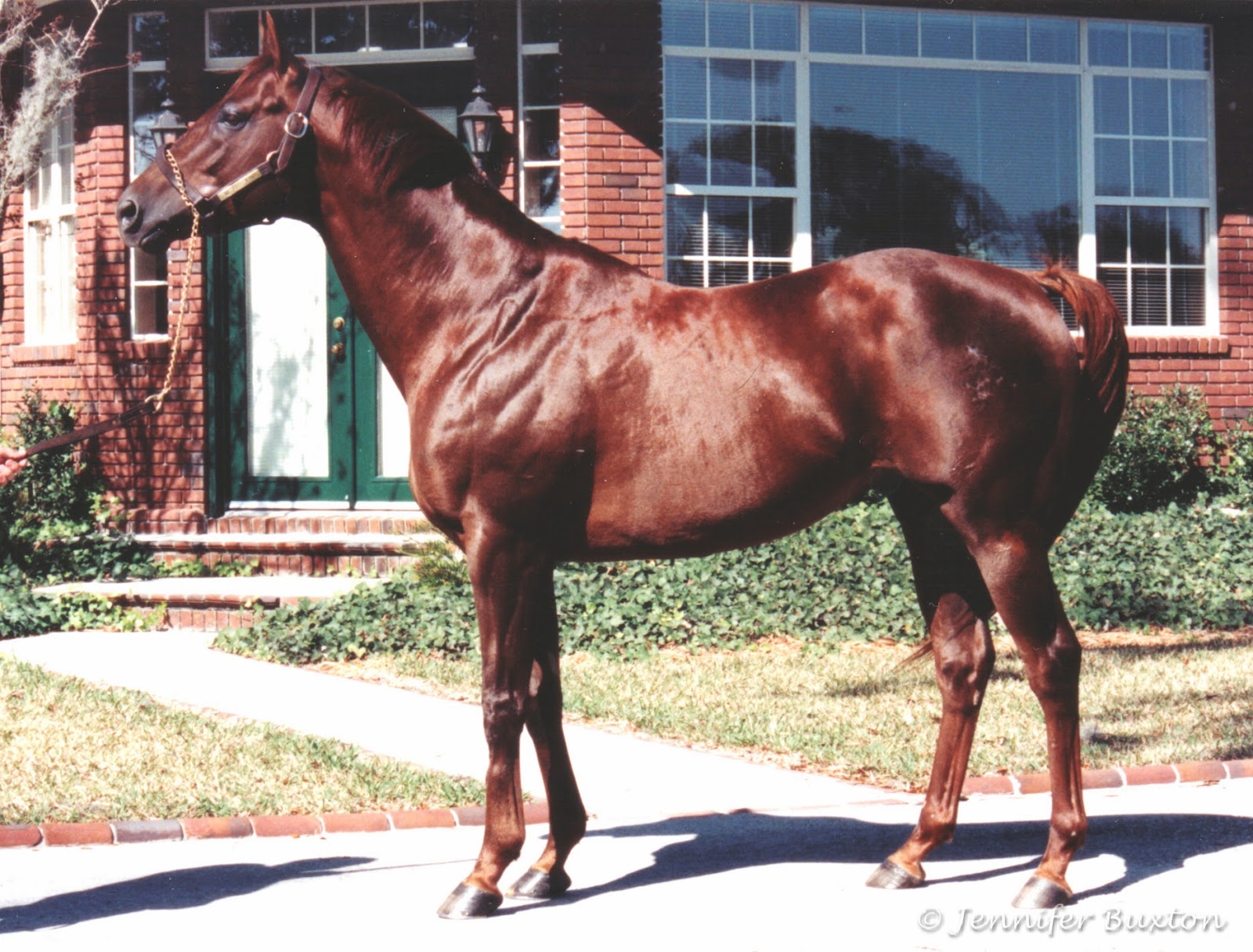 Mr Frisky was the Puerto Rican phenom who entered the 1990 Kentucky Derby with an unprecedented record of sixteen straight wins. He finished eighth in the Derby and third in the Preakness. 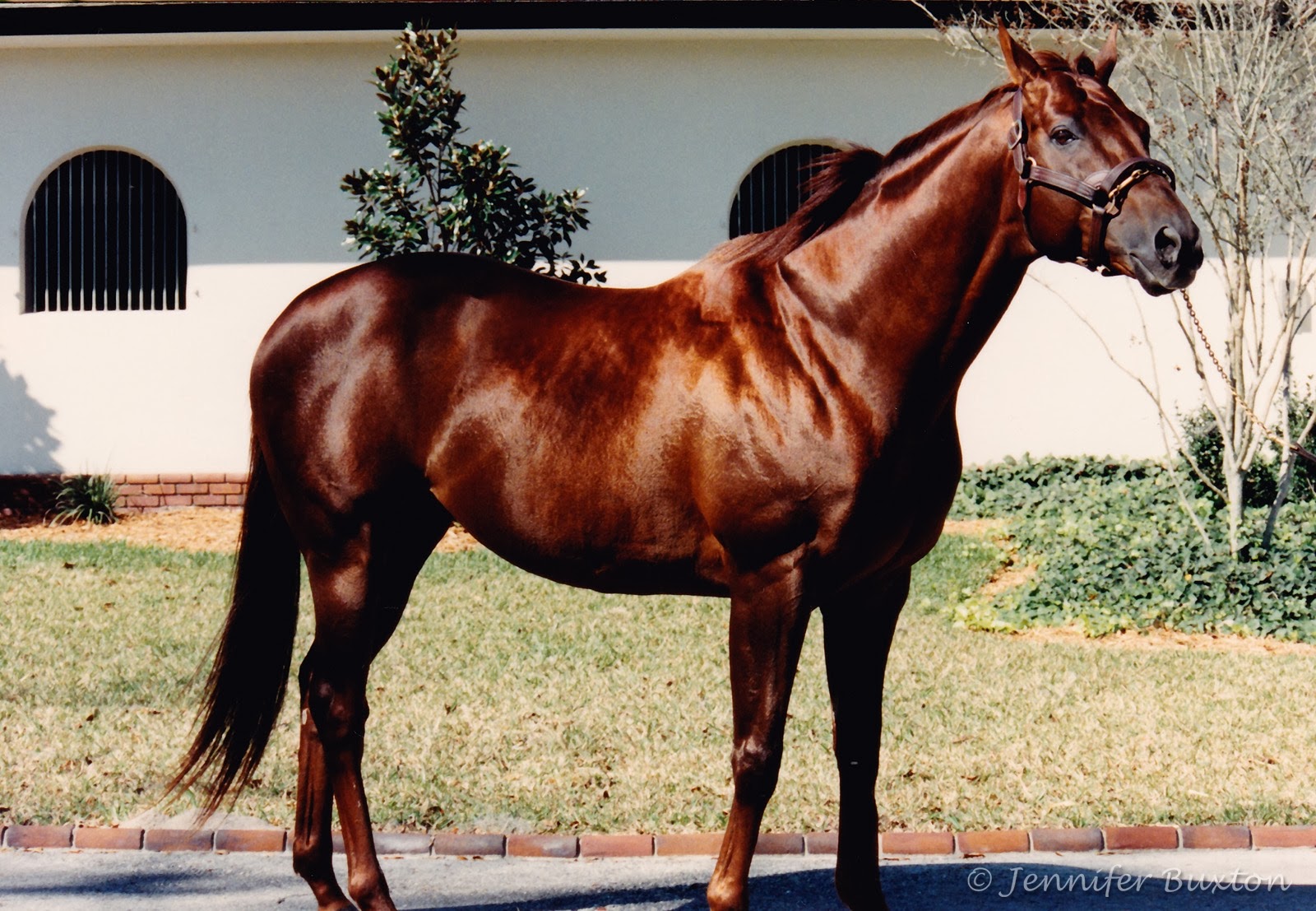 Shortly after the Prreakness, he was diagnosed with a life threatening illness.  He recovered and eventually returned to the track, but never matched his early brilliance. 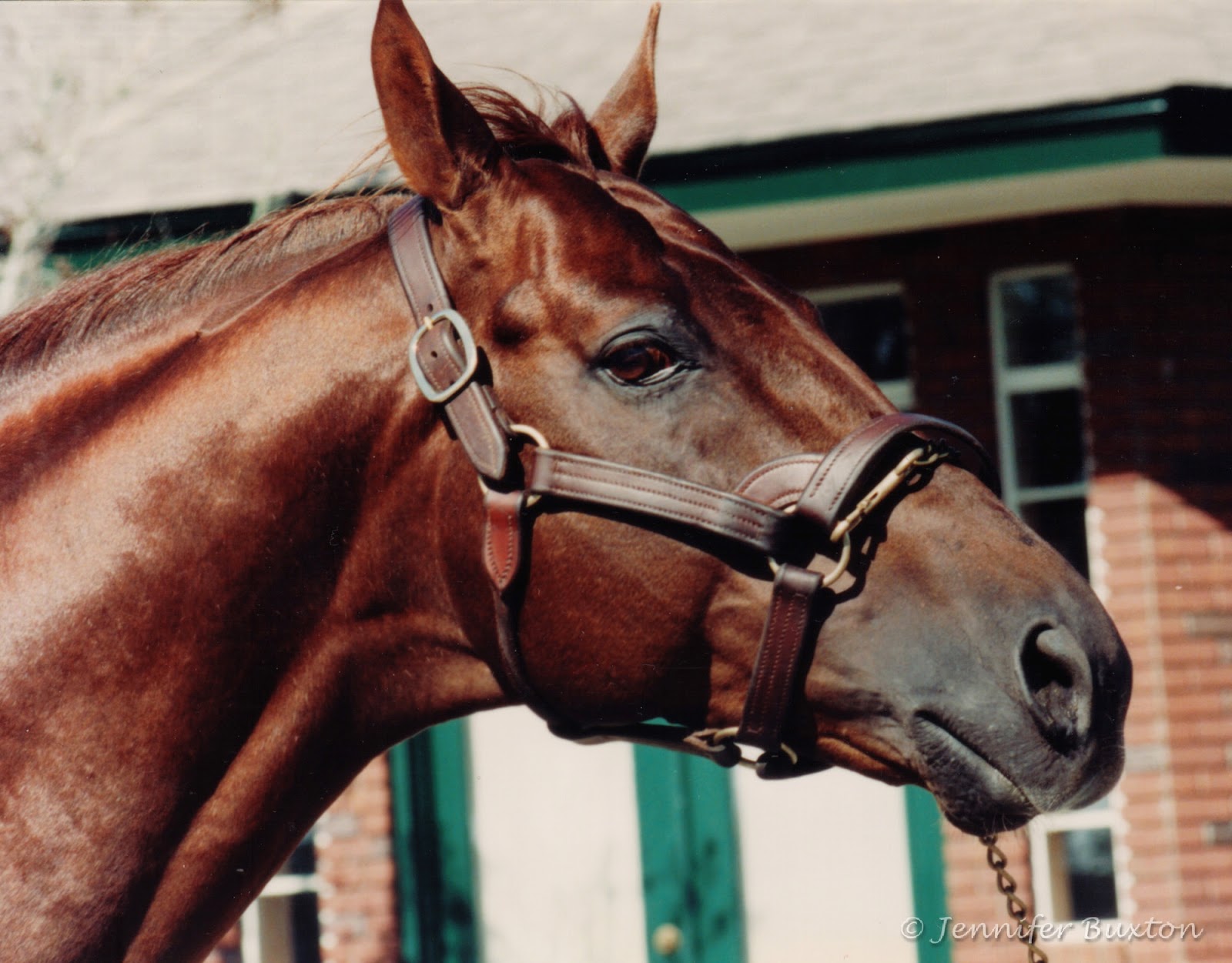 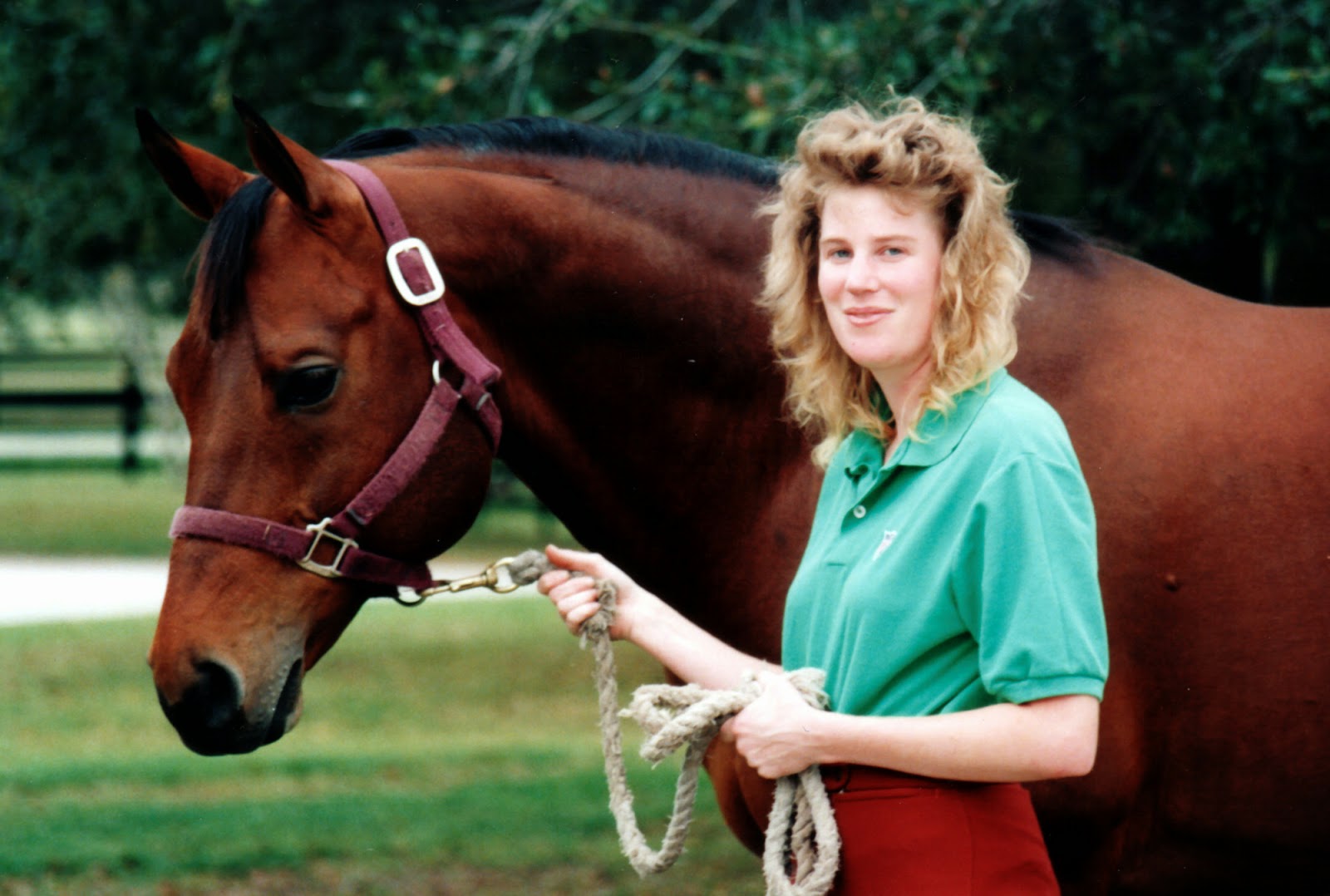 However, that day was so incredibly awesome it deserves a post of its own!
Posted by Braymere at 10:39 AM