In the last few days, my Facebook feed has been filled with ski-joring.

First there was a video clip of the American version of the sport, accompanied by the completely ridiculous suggestion that I add this to my repertoire.

Then there was this photo, which was captioned: Did you know in 1928 the Winter Olympics had a sport called Horse Skijoring? It is no longer part of the winter games; however, it does look fun! 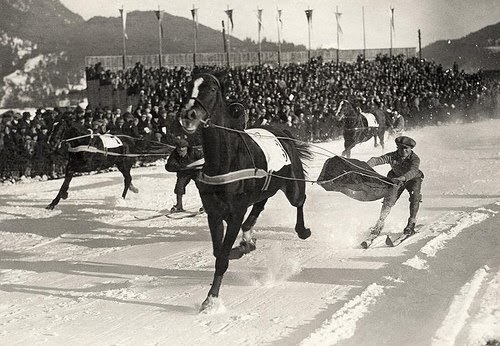 I'd never heard that particular bit of Olympic trivia, so I did a little research and discovered that ski-joring was, in fact, an exhibition sport at the 1928 Games in St Moritz, Switzerland. The race was held on a frozen lake and the top prizes were swept by the Swiss, although no medals were awarded.
I have some personal history with the European version of ski-joring.  Back in 2004, I made a ski-joring set for my friend, Sandy.  She took it to NAN and showed it to two National titles--a Champion in OF Games and a Reserve Champion in CM/AR Games. 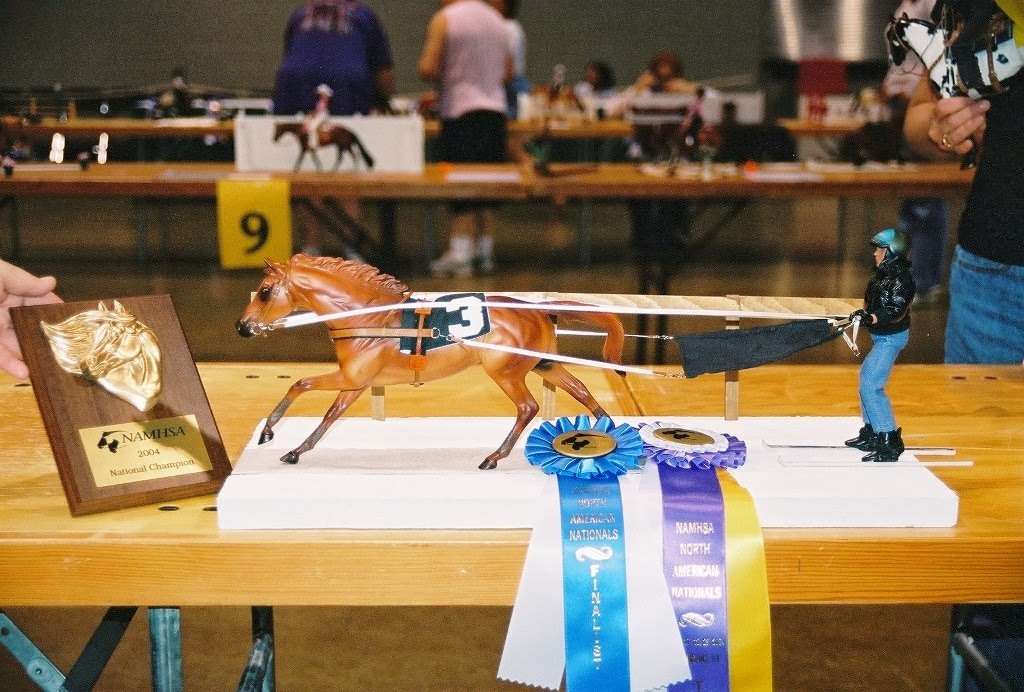 Not surprisingly, I was really proud of those victories. So proud, in fact, that I decided to make another ski-joring set for myself. Unfortunately, like so many projects of that era, I never actually got around to finishing it. For the last ten years, my ski-joring set has been living inside a plastic baggie in my old tack chest. 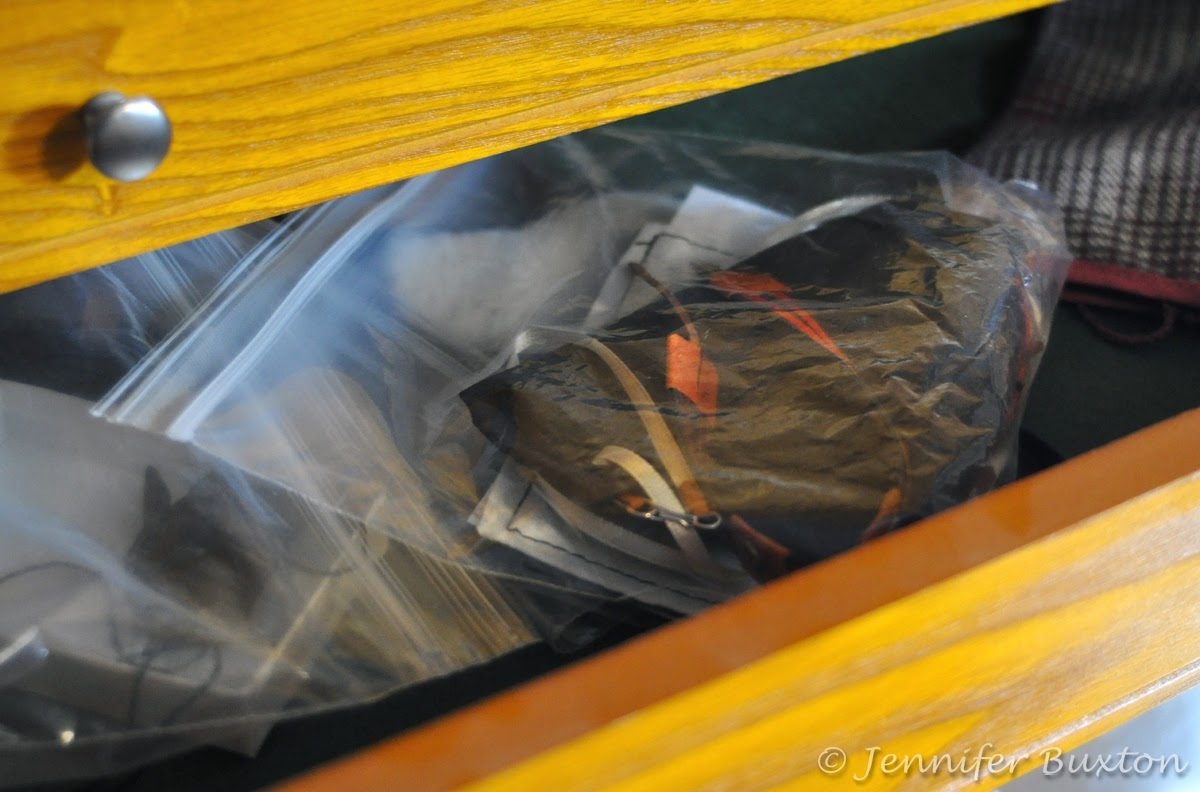 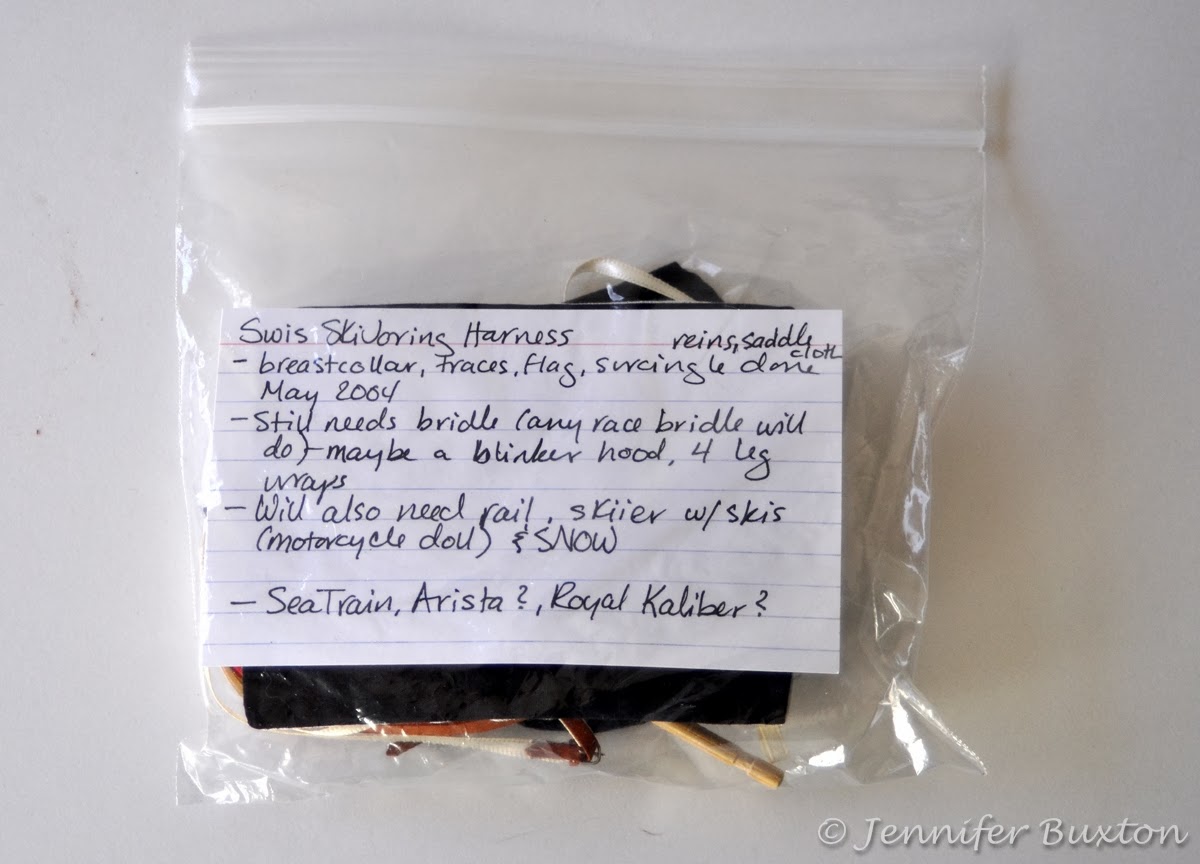 I didn't know what to expect when I opened the bag, but this was a nice surprise. 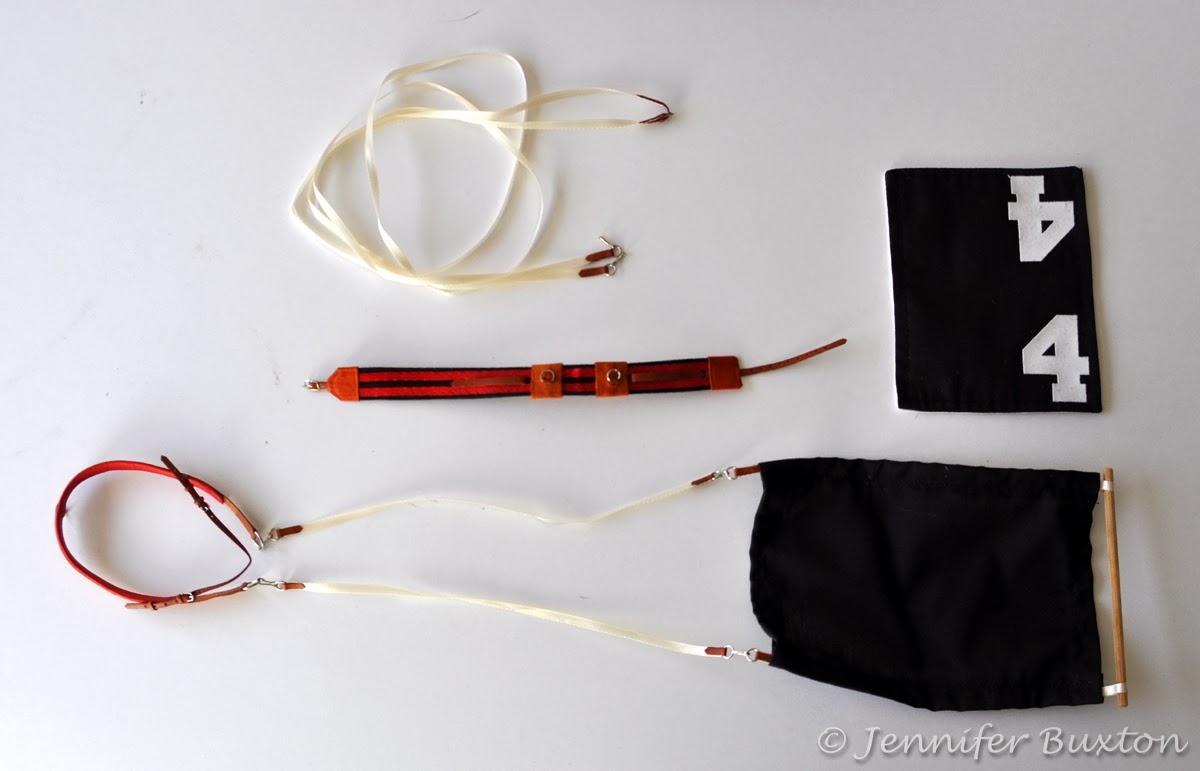 My older work was a bit hit or miss, but there's nothing wrong with this surcingle. I am particularly impressed with all the machine sewing. I'm not a great seamstress, but you wouldn't know that by looking at this. 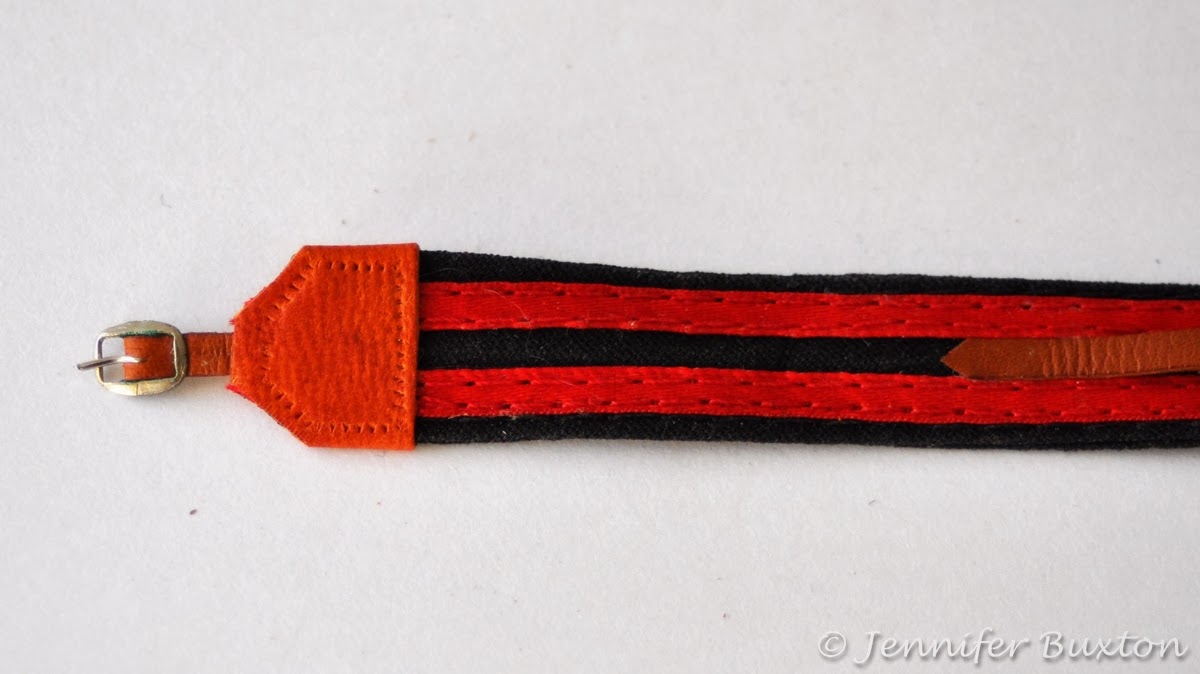 The breastplate isn't as good. The handmade buckles don't fit the strap precisely, and those keepers are much bulkier than the ones I make now. Still, it's not too bad, and I do like the red leather lining. 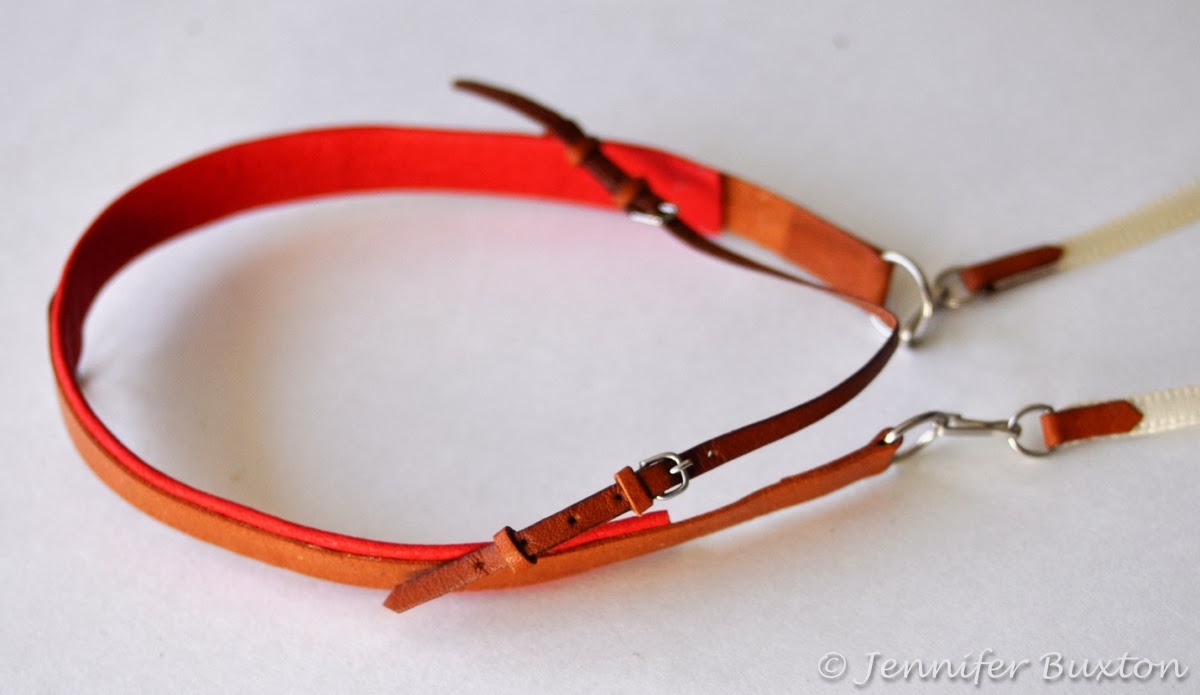 Of course, I wasn't content to just look at the set. I chose an appropriately vintage resin and tacked him up!

Although I really need to finish prepping Rev and Moose and get back to work on Margaret's bridle, I'm extremely tempted to whip out a ski-joring bridle. After ten long years, it's high time I finished this set!
Posted by Braymere at 10:56 AM