Yesterday afternoon, Ryan wandered into my studio and asked me what I was making.  I showed him the second saddle base, and told him it was going to be a Criollo saddle.  He wasn't impressed.  In fact, I think his exact words were: "So basically you've spent the whole day making a leather square?"

Fortunately, today's studio marathon has transformed that square into something resembling a saddle. 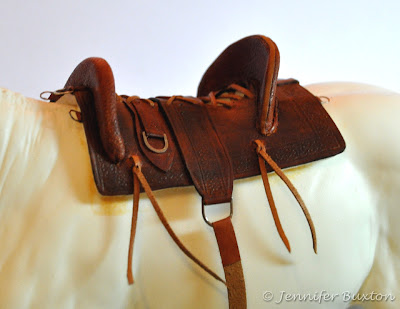 Both Ryan and I like the top view best.  It's too bad that all those nice details will be covered with a sheepskin pad. 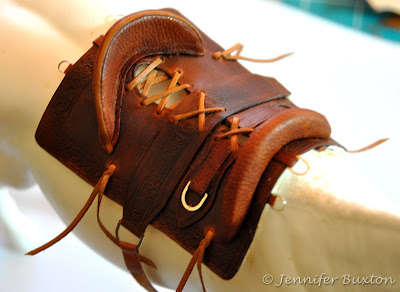 As always, the pictures make it look more "finished" than it really is.  There's still a long way to go with this one, but it's awfully nice to have something tangible to show for all my studio time.  Even the most cynical almost-teenager is unlikely to refer to this saddle as a simple leather square!
Posted by Braymere at 3:46 PM