Today was an interesting studio day in that I spent as much time taking tack apart as I did putting it together.  The first item on my tear down list was this Kathy Wiggins Spanish bridle. 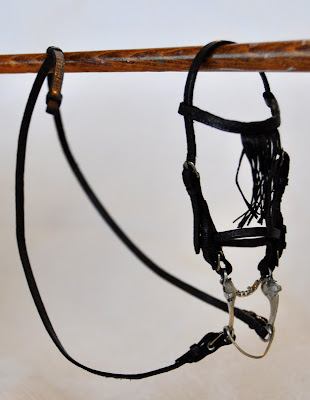 Now this was an absolutely beautiful piece that I would have been happy to call my own.  Unfortunately, it was also an impractical piece in that no matter how many times it was treated with leather sealer, it continued to leave black smudges on everything it touched. 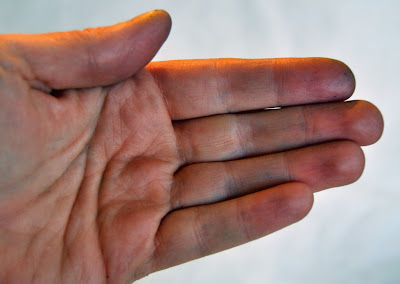 Although it pained me to do so, I ended up dismantling the entire bridle.  I was able to reuse the hardware and browband fringe, but all the straps are brand spanking new.  As best as I could, I tried to match the original bridle's measurements and proportions.  Hopefully, the new bridle will look match the rest of the tack set as well as the old one did! 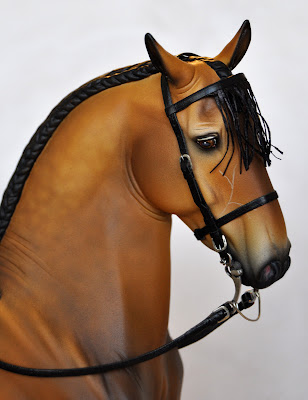 Project number two was Regan's Bargain Barn dressage saddle which had a broken stirrup bar.  I'm not one hundred percent certain, but I believe this saddle is an older piece by Jana Skybova.  While it's not as spectacular as her current work, it's still a nice saddle and worthy of repair. 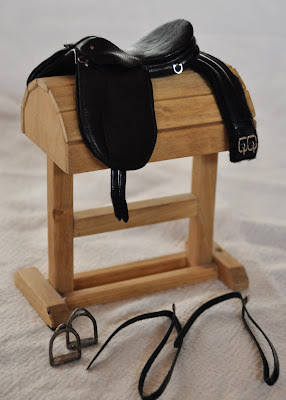 I started by carefully picking off the skirts.  This exposed both the damaged area (left side) and allowed me to view the original construction (right side). 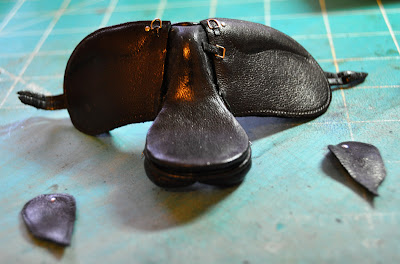 Since Regan gave me the broken stirrup bar, I could have simply glued everything back into place and called it good. However, I'm never one to do things the easy way!  Instead, I chose to replace both of the photo etched stirrup bars with jump rings.  I did this because I find the stirrup leathers slide better over the a round stirrup bar than a squared off one.  Eliminating even a little bit of friction will help the repair to hold up long term. 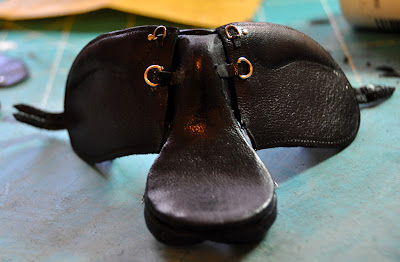 To anchor the stirrup bars more firmly into place, I covered them with a small skiver patch. 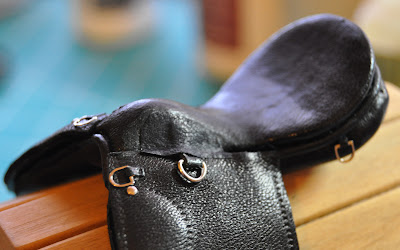 Next, I carefully skived the old glue off the backside of the skirt pieces.  While I was at it, I also thinned the top edges, to give the saddle seat a smoother top. 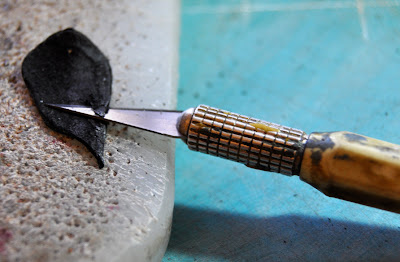 Once that was done, I glued the skirts back into place and voila--this saddle is as good as new! 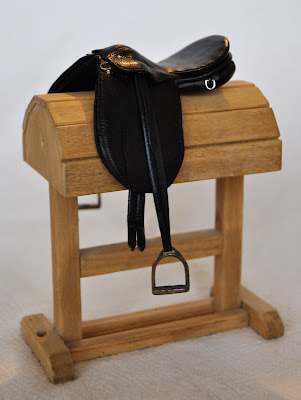 I always feel a bit honored when customers trust me to repair their show tack.  Kathy Wiggins and Jana Skybova are among the hobby's best tackmakers, and it was a privilege to have their work in my studio even if I was tearing it up!
Posted by Braymere at 2:55 PM

Labels: Tack by other tackmakers, the creative process