When I was nine years old, my mother decided that I had too many Breyer horses.  In an attempt to control further herd expansion, she announced that she would no longer finance my addiction.  If I wanted a new pony, I'd have to buy it with my own money--no exceptions.

Fortunately she didn't harbor the same animosity towards my horse book collection.  Even though my bookcase was overflowing, I had no trouble persuading her to buy most of the horsey titles featured in the Scholastic flyers we brought home from school.  As a result, I have a pretty extensive library of horse themed literature from the late 1970's and early 1980's.

One of my favorite Scholastic titles was The Pony Problem by Barbara Holland. 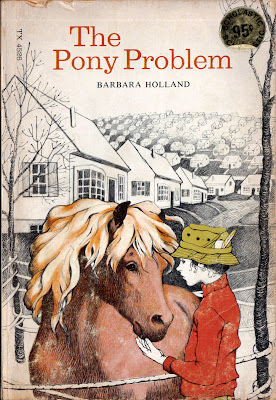 This is an odd little book about a girl who wins a pony in a magazine contest.   Much to her neighbors' dismay, the girl tries to keep the pony in her suburban backyard.  This works (sort of) for a little while, but eventually the girl and her family come together to find a better long term solution.  It involves moving into a house without plumbling, but hey, at least she gets to keep the pony! 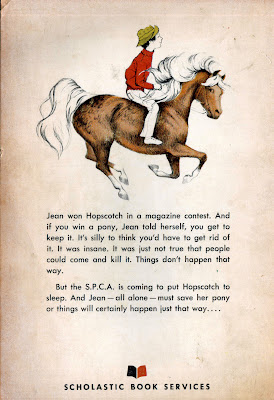 Like the book's protagonist, I, too, have a pony problem. 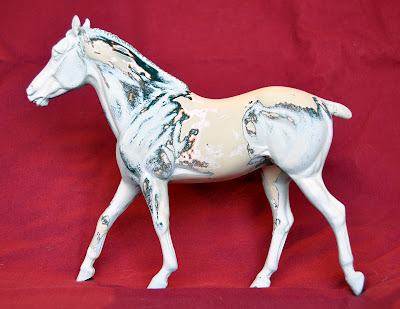 I am powerless to resist the lure of a project pony. 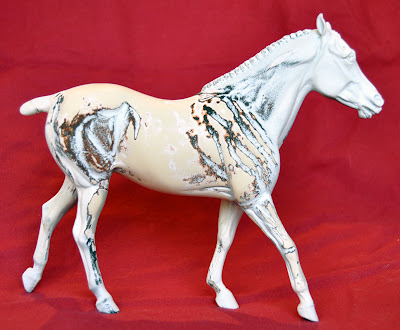 I did not need to rescue this battered Wild Heather resin from MH$P.  I have so many model ponies, and half of them are unpainted.  It's unlikely that I will ever find the time to finish them all.  There is no excuse for this.  Except... 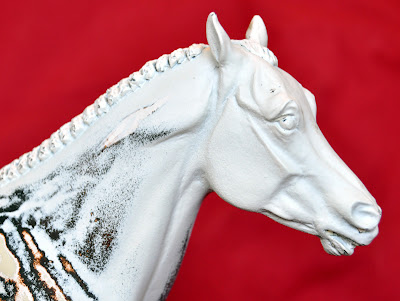 Just look at that cranky pony face!  She is totally adorable and there was no way I could pass her up.   And besides, model horses are easy keepers.  No one will be forced to forego plumbing on her account!
Posted by Braymere at 4:09 PM